Skip to main content
Log In Register
Bontrager Blaze WaveCel mountain bike helmet review £200.00
Heavy lid with a hefty price tag that may or may not be safer than its peers 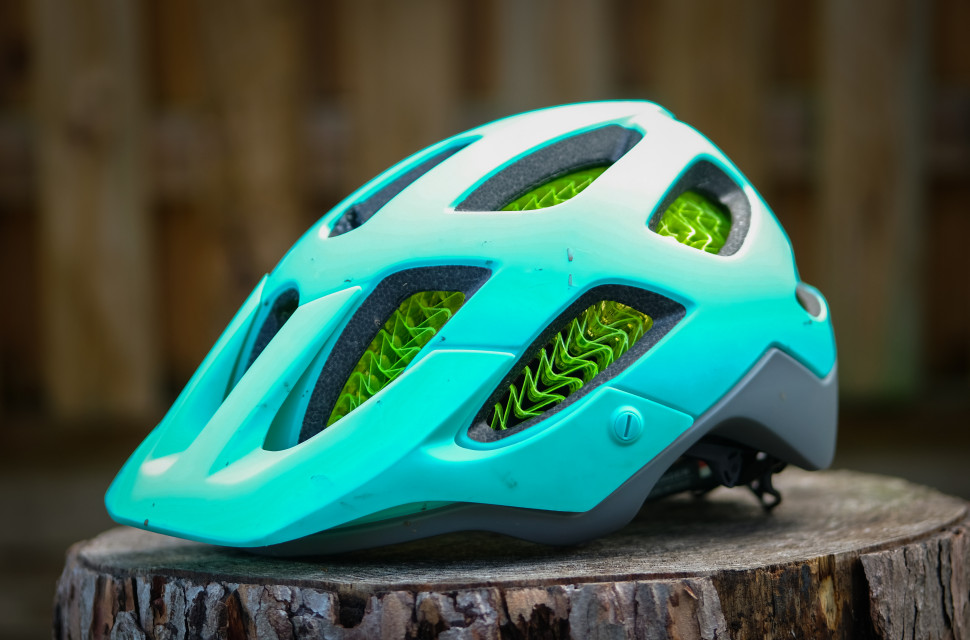 Rachael Wight
|
Sep 27 2019
|
Overall
Quality
Performance
Value
What's good?
What's not?
Buy if...
You like a bold safety claim and want a helmet with all the bells and whistles

Bontrager’s new Blaze helmet with WaveCel tech is an attention-grabbing enduro and trail open face lid that claims to keep your head uber safe. In practice, this is an expensive and slightly warm helmet with an uncomfortable Boa cradle that won’t suit all head shapes.

In a nutshell, the company has developed WaveCel technology, a collapsible cellular material which works to shear, dent and crumple in response to angled impacts and will be using this in road, commuter and mountain bike helmets. Bontrager says their new product deals with both angular and linear impacts without the need to an additional liner. To look at it, the WaveCel structure looks like Koroyd found in Smith Optics helmets but to touch it's much more flexible, than Koroyd, you can move and flex the lining inside the shell of the lid. 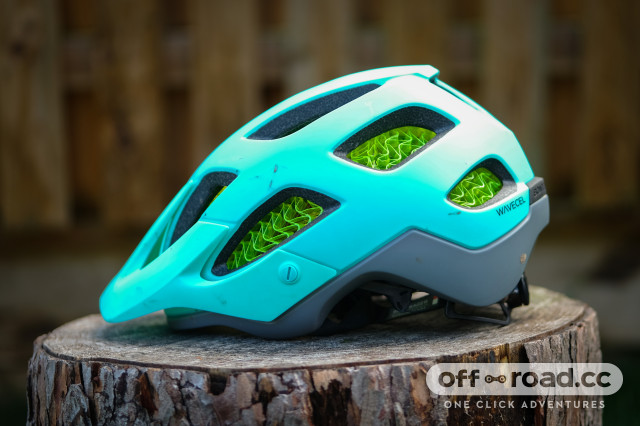 The company says the lid lining has the ability to flex, crumple and glide, which means that it is 48 times more effective than a standard EPS lid. they also say that from their research they deduce that nearly 99 times out of 100, WaveCel will prevent concussion. I already said in my first look when the helmet was launched that I wouldn’t be testing those claims to the limit as having a massive stack isn’t high on the agenda. 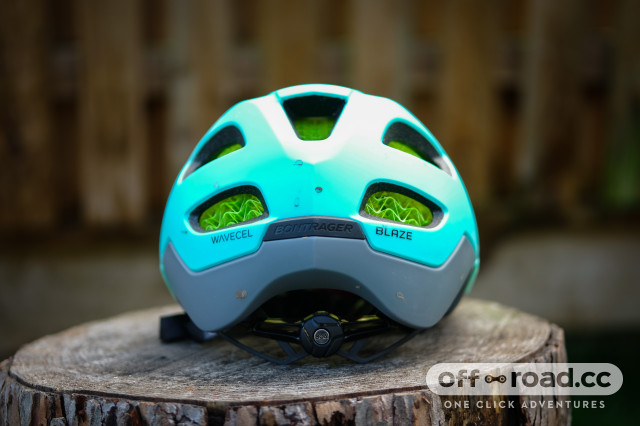 I got a small Blaze in for test and have weighed it at 392g which is about 20 grams heavier than a Giro Montara with MIPs in a small or 10 grams heavier than a Bell Sixer. Helmets were weighed without light mounts in place. It will feel heavy to you if you are used to something light such as the Specialized Ambush which weighs 286g, if you are used to a weightier lid you might not notice the excess baggage of the Blaze. It’s warm too, much like the complaints about the Smith Forefront, there is a lack of direct airflow (restricted by the shape of the WaveCel) when moving, although convection of heat away from the head seems high meaning you aren't going to boil when wearing the Blaze. 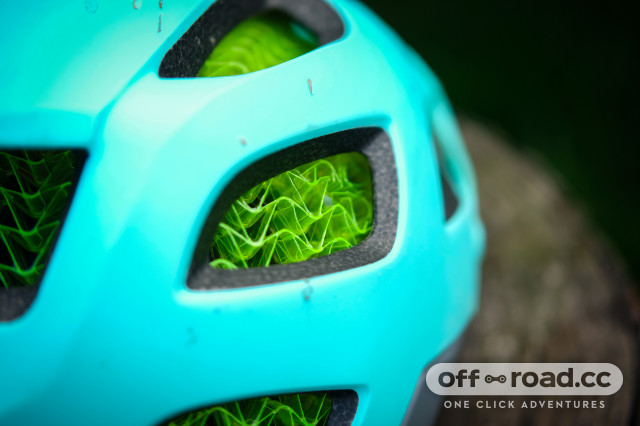 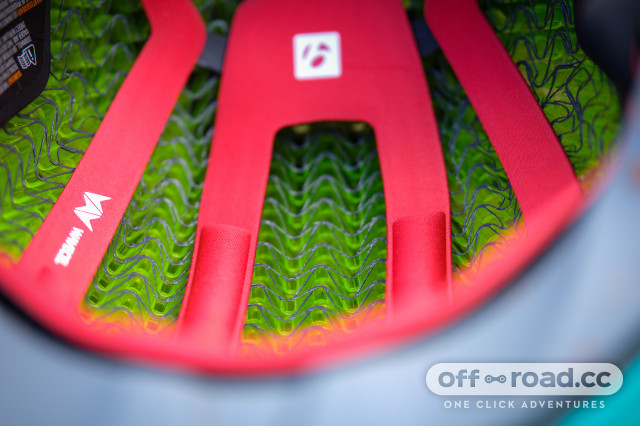 Elsewhere, the lid has a Boa dial to adjust the cradle, it’s easy to grip and rotate and it’s a secure way of operating but I found the cradle positioned in such a way that it placed pressure just above and behind my ears which over longer rides became unbearable. Interestingly editor Jon found the same with this helmet’s predecessor the Bontrager Rally. I’ve worn the Rally too and I concur, it's equally as uncomfortable as the Blaze over time. 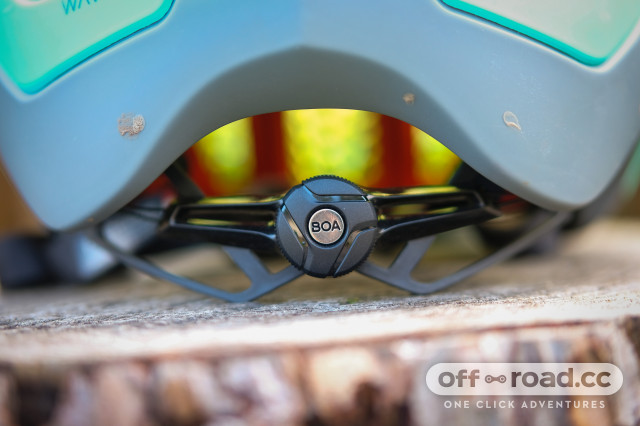 Other features include a nifty magnetic Fidlock fastener under the chip, this is a similar buckle as seen on the Fox Proframe lids. The lid also features a magnetic mount system compatible with the brands own lights and, of course, GoPro’s. The mount is easy to break away and a real nifty way of fitting accessories, after breaking many of non magnetic versions fitted to Giro and Bell helmets, this one gets my vote as the best, although it's not compatible with companies lights, just Bontrager ones. Other features are the three position adjustable peak, a ledge for goggle strap placement and fully adjustable chip straps. 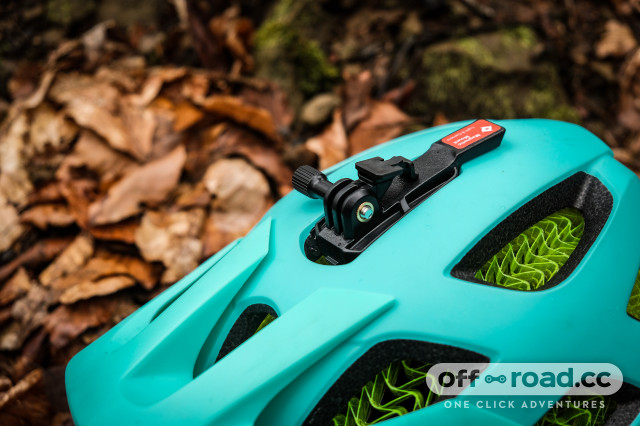 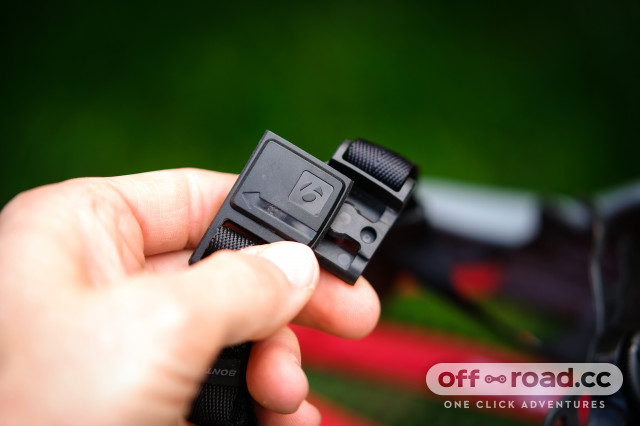 There is a spare set of pads included too, the spare has a silicone band meant to channel sweat down the side of the face, I’m not a huge sweater but I’ve heard from others that are who say this is a neat feature. 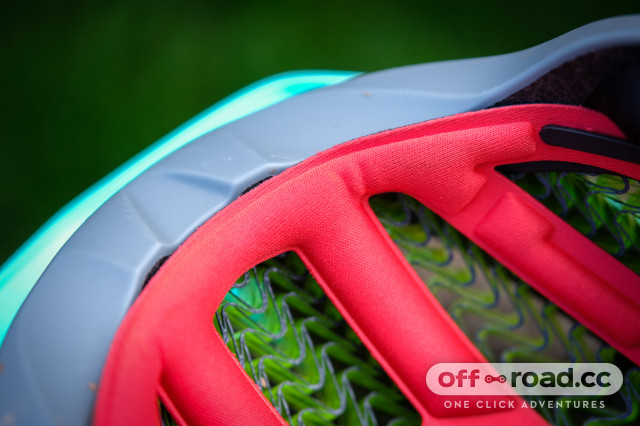 It’s an all-singing, all-dancing helmet for sure, and for nigh on £200 you’d expect that. Aside from paying for all the features, you are clearly paying for the tech and potential to prevent brain injuries or concussion. It remains to be seen if this lid is better than its MIPS and Koroyd counterparts, the controversy surrounding testing and counterclaims by peers have muddied the waters.

It is worth noting that until a £75 MIPS lid knocked the WaveCel Specter (road lid) off the top spot (now 2nd place), the WaveCel tech did occupy the spot for the safest lid in independent tests by Virginia Tech. The Blaze comes down in 14th place though, with both MIPS and WaveCel lids above it.

I’m totally in support of the progression of technology in order to protect us, so in that vein the price could be seen as unquestionable, after all you only get one head. But in practice, the helmet is heavy and in my case uncomfortable, it's not the one for me, although not all users will be bothered by the weight and different head shapes may get on with the cradle better than I did. 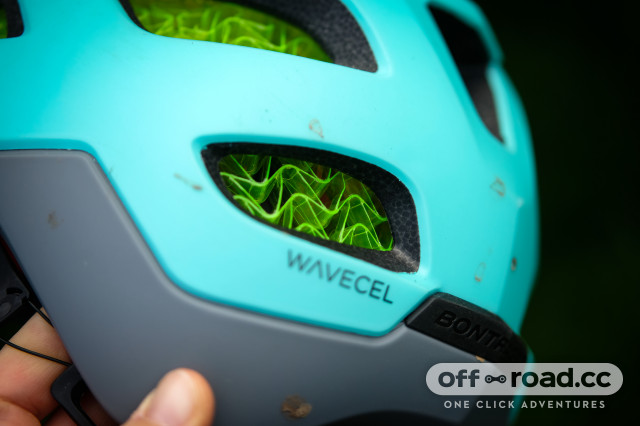