Skip to main content
Log In Register
Leatt DBX 4.0 V20.1 helmet review £185.00
Comfortable, protective and cool, but could use an adjustable visor 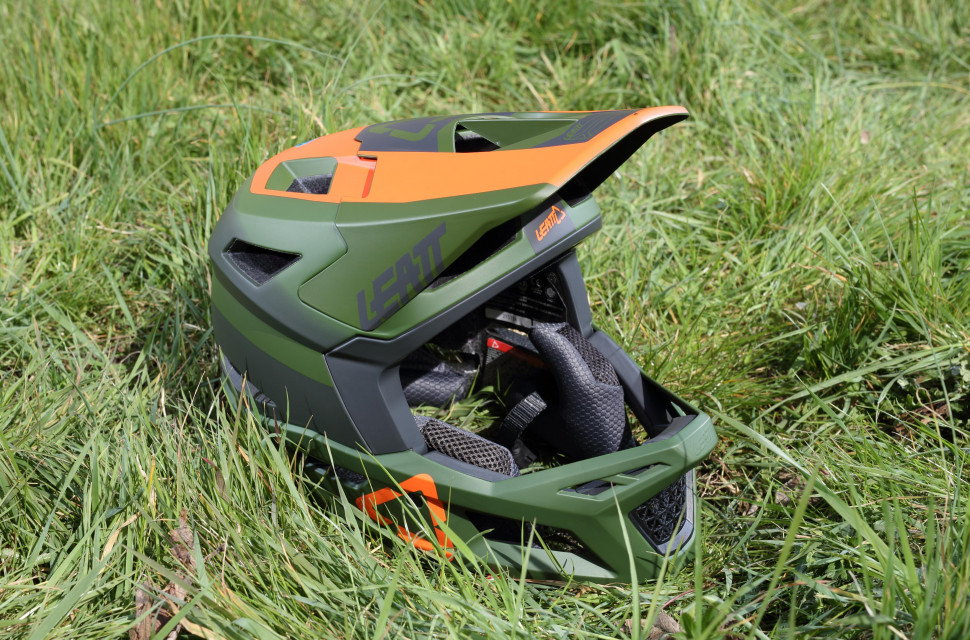 The Leatt DBX 4.0 V20.1 is close to being a full-on DH spec helmet, but it’s airy and light enough for enduro/heavy trail use. It’s seriously comfortable too, though the peak doesn't adjust to fit raised goggles – and some may find it a little claustrophobic.

The DBX 4.0 V20.1 – let's just call it the DBX for now – is available in two shell sizes, both with 22 vents, a Dri-Lex liner (moisture-wicking, anti-odor, breathable and washable) and a Fidlock clasp to keep it all firmly attached to your head.

Beneath that polymer shell lie in-moulded EPS and EPO foams for impact absorption. It’s shaped to be compatible with Leatt neck braces, while the non-adjustable visor has a breakaway mount to stop it twisting your neck should it dig in under impact. 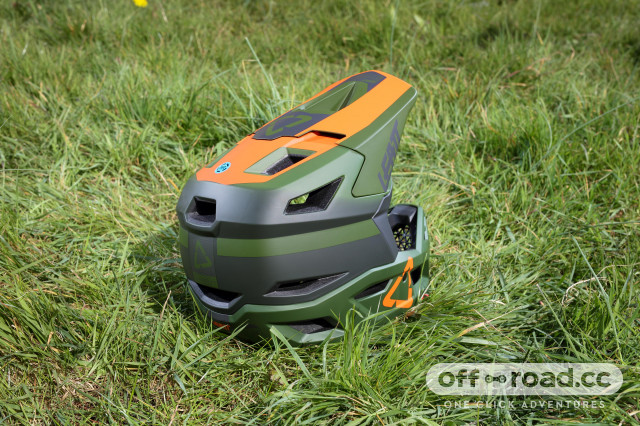 Rotational forces are also damped in other ways, not with the familair MIPS, but with Leatt's own system – dubbed 360° Turbine Technology. 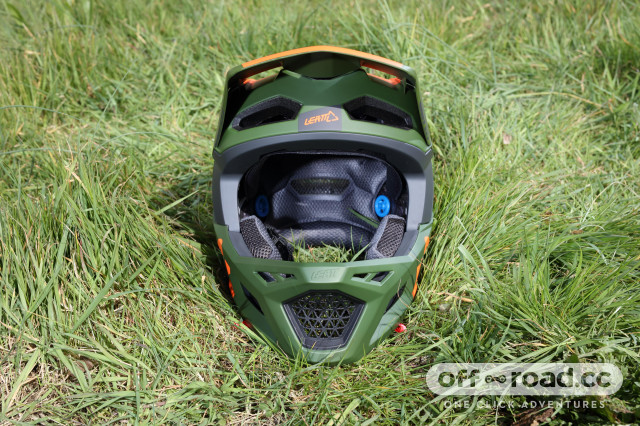 It’s probably the perfect blend of the Smartshock Rotational System from 100% and MIPS itself, with several spots featuring pivoting rings, rather than a whole cradle like MIPS. It's worth knowing the helmet complies with ASTM DH, CPSC and EN1078 certification. 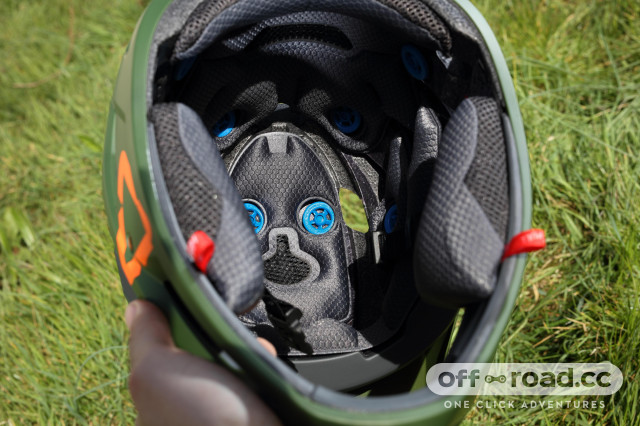 While the Leatt DBX can't match the 100% Trajecta for cooling, the 22 vents do an excellent job of promoting airflow, even at low speeds. So much so that you can actually feel air circulate around your head through the channels into the EPS. It's better still with the removable mouthpiece out. 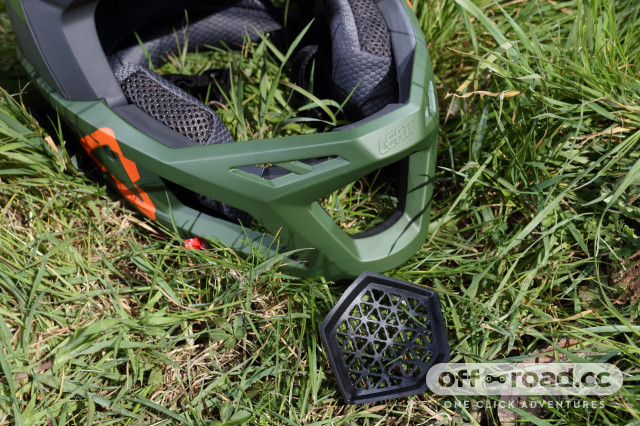 With that mouthpiece in, I found the lid quite claustrophobic when charging full gas, as it traps hot exhalations in there with you... or that’s how it feels, anyway. With it gone, I had no issues at all. 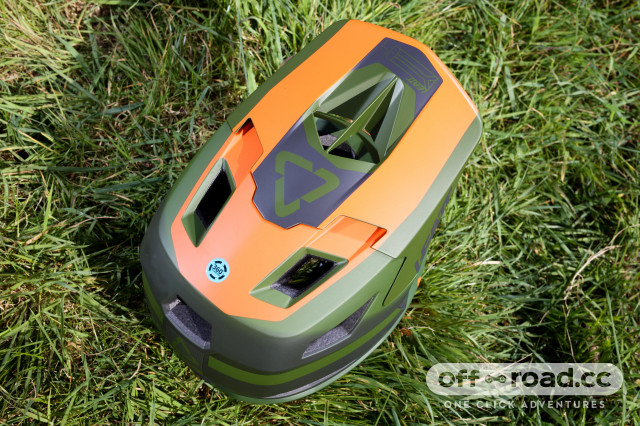 The moisture-wicking padding does its job very well, and it’s a seriously comfy hat. It’s light too at 850g on a size M. It also comes with a bag for the helmet and spare cheek pads to keep it all in good condition.

The only real niggle – perhaps due to it not being enduro specific – is that the visor isn’t adjustable. It would be great to quickly sneak goggles underneath it for a climb, but having to spin them round the back instead is only a minor inconvenience. 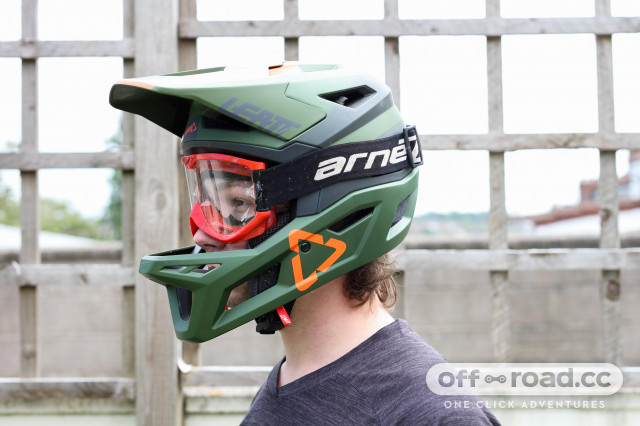 The Leatt DBX 4.0 V20.1 is cool, comfy and light (and has the looks of a certain video game character should you be a fan with some gold-mirrored goggles), with high-rating safety features and a good build. In fact, there’s not an awful lot wrong with it beyond the fixed visor. Oh, and the hassle of explaining what it's called without sounding like an app update come to life...