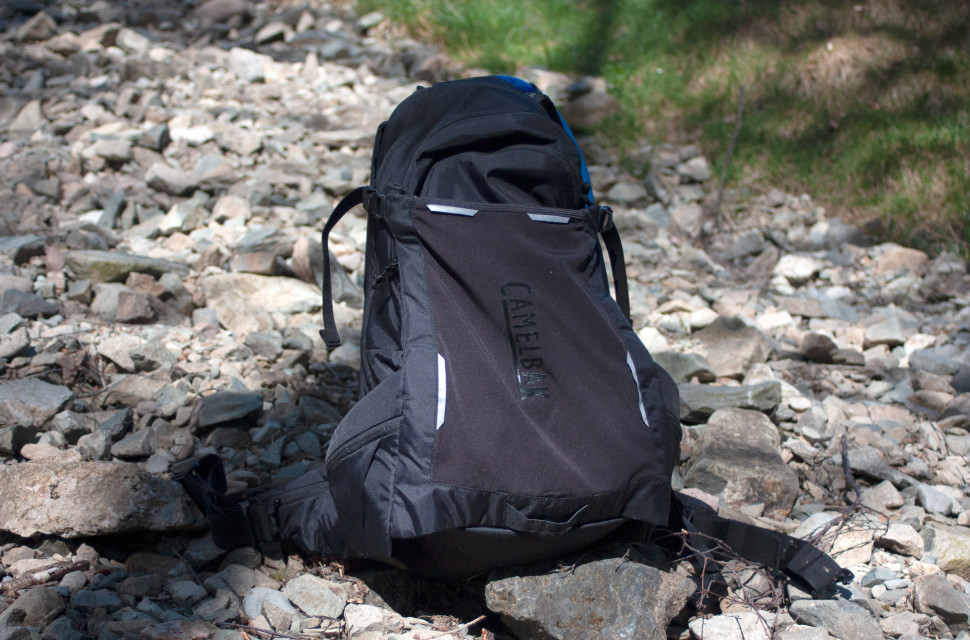 The Camelbak H.A.W.G (Holds Alotta Water and Gear) LR is very well-named thanks to its three-litre reservoir and 17L of storage. This Low Rider version positions cargo further down on the hips for a low centre of gravity and works well on long rides, but it's heavy even unladen and the reservoir could do with some tweaks.

At the centre of this design is a three-litre 'Lumbar Reservoir' that's secured above your hips with the Dual Wing Belt. The inner part of this tightens the bag, while the outer spreads and stabilises the weight, and it's easy to adjust and use. Crucially the webbing doesn't rub on the hips where it wraps around you either.

This broad waist has zipped pockets for quick-access items like tools and gels, and they're easy to get at but well secured. 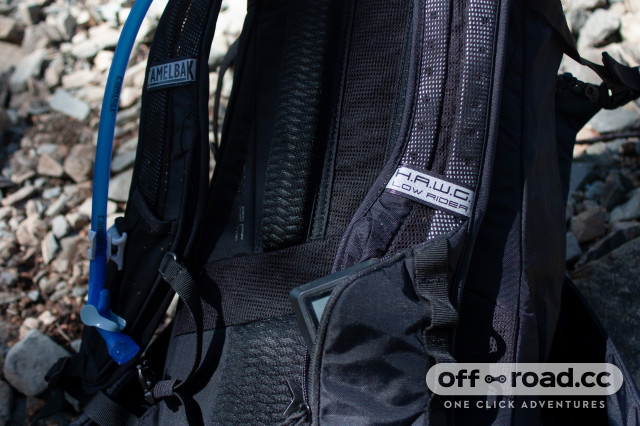 The back of the bag is mesh over a sturdy foam, with a channel to encourage cooling airflow. It works well, especially for such a large and enveloping pack, and with the mass down low your upper back generally feels cooler as well.

There are nine exterior pockets: some soft lined, some meshed and others sectioned or equipped with a key clip or tool pouch. There's even a pocket for the rain cover, which is a simple but effective affair. I never quite managed to fill the H.A.W.G totally on a day ride, but in winter, with maybe a hat and spare gloves, it’d be fully loaded. It holds a lot of kit. 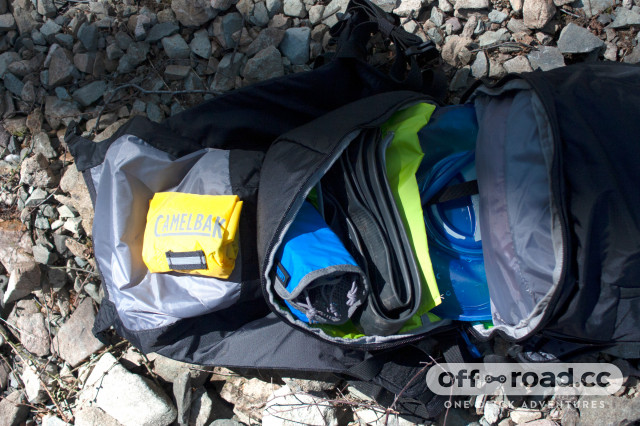 With its modern, low-profile look, the H.A.W.G LR is a stealthy bag. It's substantially made, and weighs just over a kilogram empty – so while it's tough, there's a weight penalty.

What I liked was the attention to detail, such as the clips on the side that double as a hook for your helmet, or the long zips that make it easy to remove things without unpacking everything else first. It's adaptable depending on how you might like to use it. 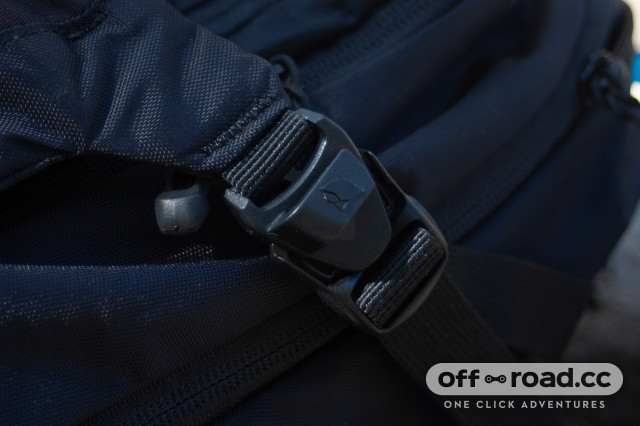 I found the bag sits better with a full reservoir, and it doesn't sway or roll no matter how you're climbing. Downhill, it's really stable and you don’t need to pull everything ridiculously tight to keep it that way. You do notice the size of it, true, but as large packs go it’s pretty good at feeling small.

I have a few gripes with the reservoir. It's possible to think you've tightened the cap only to find it's actually cross-threaded and now leaking – the threads could be chunkier to make that harder. I also wasn’t overly impressed with the magnetic clip as it isn't as intuitive to secure as other brands, while it's hard to position or find when riding. On the upside the reservoir is fairly acronym-free (no BPA/BPS/BPF) so there are no odd or plasticky tastes to deal with. 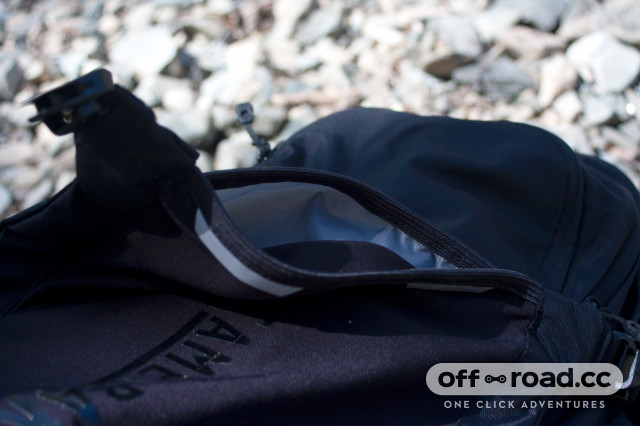 The Low Rider design, and the general shifting of weight to the hips, works well – I suffered less backache after loaded rides. If the pack itself were lighter it would be a real bonus – a kilo before you even start packing is hard to ignore – but it’s super stable and very well-equipped for long or multiday trips. Yes, the price is up there at the top of the range, but CamelBak's H.A.W.G LR offers a strong build, great performance and a well thought-out design.