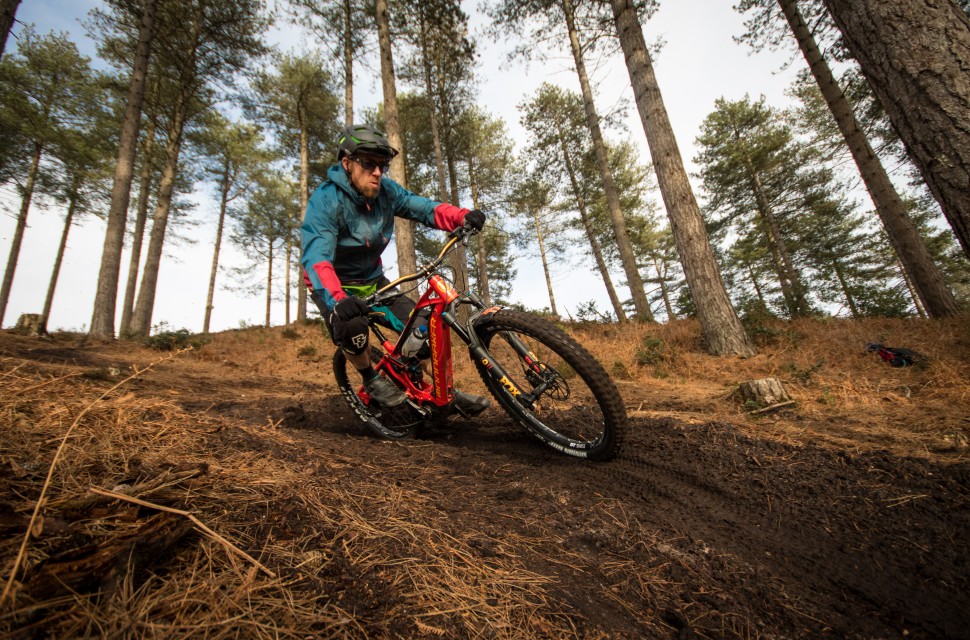 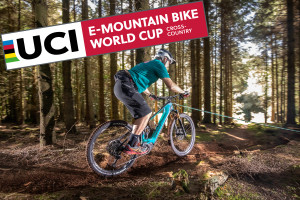 Massive crash on snow causes pile up at start of Mountain of Hell race 2019
You could say that it kind of snowballed.....

The UCI and motorbike federation are in a jurisdiction dispute over e-mountain bike racing, as world series races are announced by the International Motorcycling Federation that will allow bikes whose assistance can exceed 25 km/h up to 45 km/h. The cycling body states that E-mtb racing falls under its jurisdiction, one it wishes to develop further with the introduction of the UCI E-Mountain Bike World Championships in Mont Sainte-Anne later in 2019.

The UCI integrated e-mountain bike into its regulations on the 1st January 2019 and awarded the 2019 edition of the UCI E-Mountain Bike World Championships to Mont Sainte-Anne (Canada) which will organise the first edition of this competition in August as part of the UCI Mountain Bike World Championships presented by Mercedes-Benz. Events grouped under the WES E-Bike Series have been registered on the 2019 UCI Mountain Bike International Calendar, and a UCI World Cup and Continental Championships, it appears e-mtb racing is set to grow under the UCI.

Today's news comes in reply to an announcement by the International Motorcycling Federation (Fédération Internationale de Motocyclisme – FIM) of the organisation of an FIM E-Bike Enduro World Cup in France on 1-2 June 2019 which will have no regulatory basis as bikes will able to reach speeds up to 45 km/h. These speeds make them much more motorbike like. There is also no word on whether these bikes will be pedal assist only or if they will be of the 'twist n go' variety. The UCI says it "notified the FIM in September 2017 that it considered E-mountain bike events to come exclusively under its jurisdiction and that the respective roles of the two International Federations (UCI and FIM) were clear and would not be called into question."

The launch of an -e-mtb series in France that allows speeds over 25 km/h would break applicable European regulations (EN-15194) in relation to pedal cycles with pedal assistance. From reading the UCI press release it appears the UCI would like to retain ownership of the e-mtb racing as a form of promoting the sport to new fans, welcoming new people to the sport and tailor the races into a demanding discipline for top level riders. E-mtb's are certainly here to stay and we expect its not a financial opportunity the UCI wishes to miss out on. The UCI also states in its rules that riders can only race bikes that are available to buy, a rule that will likely not apply to bikes raced in the FIM series. 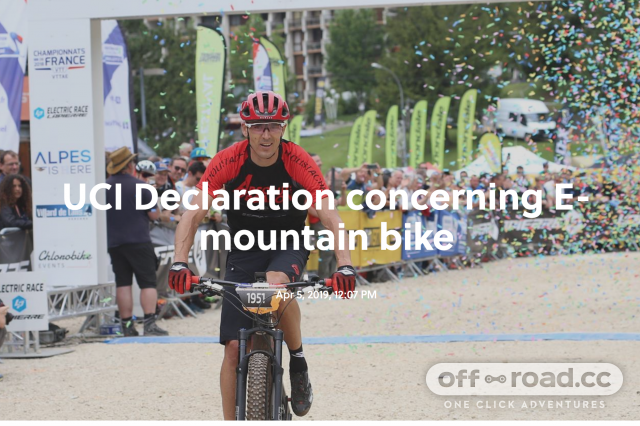 The news is met with resistance from the UCI, no doubt, as these races also claim World Cup-esque status. There are, however, those that think that  FIM (or other) sanctioned e-MTB races could be a welcome guest to the e-bike party, or a wake up call to the cycling industry that these are a very different form of bike altogether. The FIM in their press release stakes a claim on the modern e-mtb saying "early motorcycles were much based on a bicycle frame with the addition of an engine, so the story has really returned back to the beginning of our evolution".

Further to the news of the UCI's unhappiness over the new series it also says "that events in domains under its exclusive jurisdiction that are registered on the FIM calendar or those of its member Federations will be considered “banned events” in line with its Regulation. Consequently, any UCI-licensed rider participating in one of these events would risk disciplinary measures".

It will be interesting to see how the debate unfolds, we will keep you updated.

Surely there is a clear divider that would dictate which governing body an event falls under.

If you have to pedal, it's the UCI, if you allow bikes to work via a throttle, it's FIM.

Re the limiter regulations, isn't that for a bike to be road legal. As we are talking about off-road events, surely those eu/national regulations don't apply.