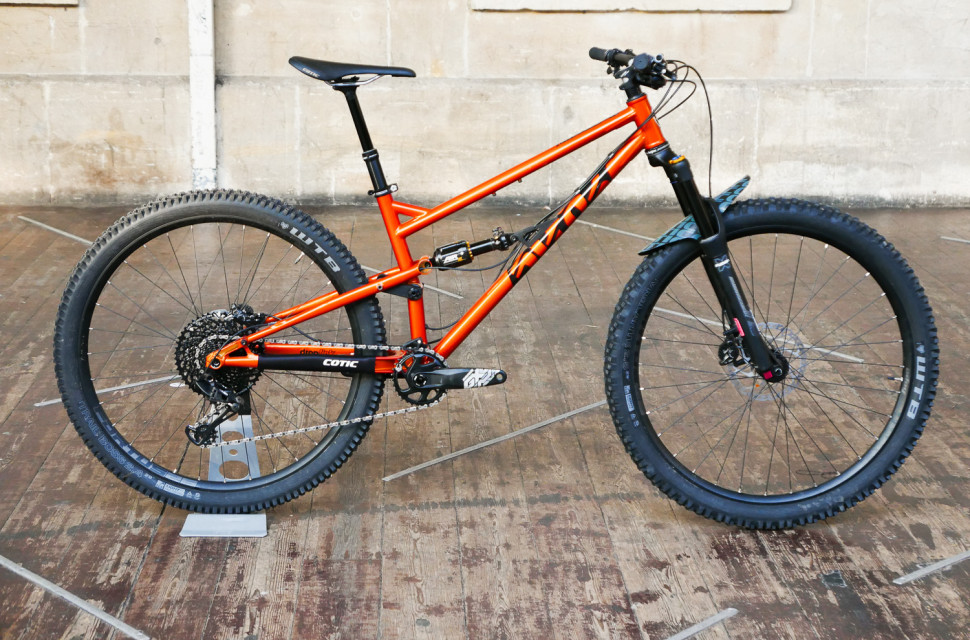 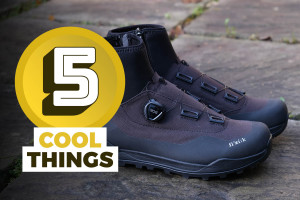 Cotic's new FlareMAX has had a thorough update for 2020, getting more reach, a bump up in travel to 125mm at the rear and a steeper seat angle to aid climbing. As ever, the frame keeps it very real with Reynolds 853 steel and 29" wheels but there's even more choice of snazzy paintjobs. We've got our paws on one to test...

While the old FlareMAX shared the same steel frame with 'Droplink' linkage driven single pivot suspension setup, rear-wheel travel has sprouted upwards from 120 to 125mm thanks to a new, longer-stroke shock and tweaked progression curve. Cotic says that's had the effect of widening the tuning window, allowing more riders to get it set up for their riding style and size. 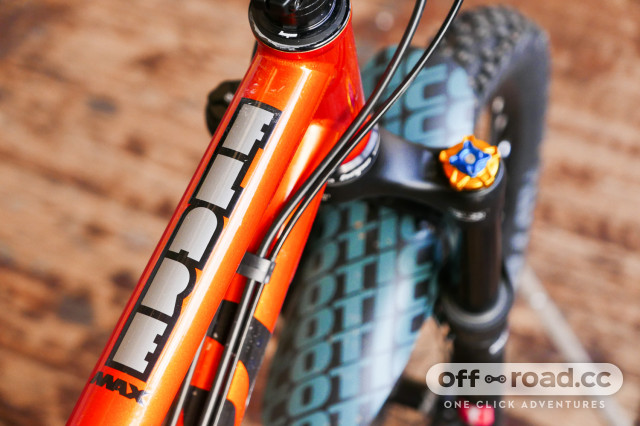 Much like the old machine, the new one can be run with 130mm forks or bumped up to 140mm at the front if you want to get extra rowdy. The geometry is largely the same, with an identical 65.6° head angle with the shorter fork, the same 457mm chainstay and 32mm bottom bracket drop. 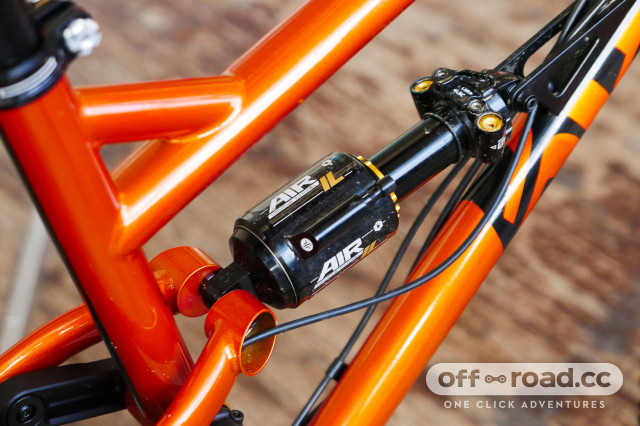 However, despite the older bike being one of the first to feature Cotic's stretched out 'Longshot' geometry, the new bike has gone even longer in the reach, with a medium frame now a mighty 468mm, up from 456mm. The seat angle has also been steepened up a fair chunk, going from a relaxed 73.6° to a steeper 75.3°, which should help improve the climbing position. 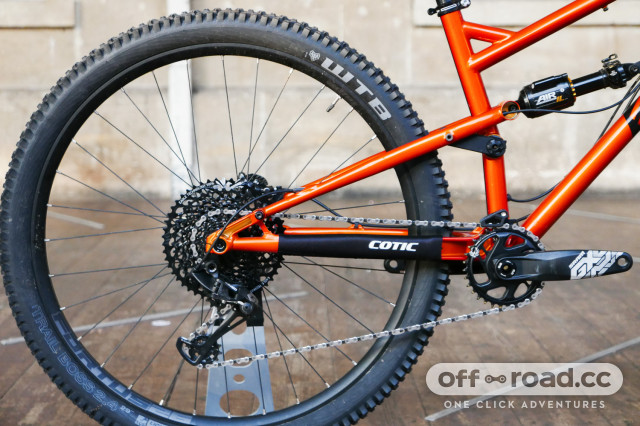 As Cotic sells its bikes direct, you get a huge choice of different builds along with options to customise those further. Complete bikes prices move downwards from the top £6,349 Platinum Eagle EEWings build, which gets a Cane Creek Helm fork, SRAM x01 Eagle group and titanium Cane Creek cranks. Very Gucci. 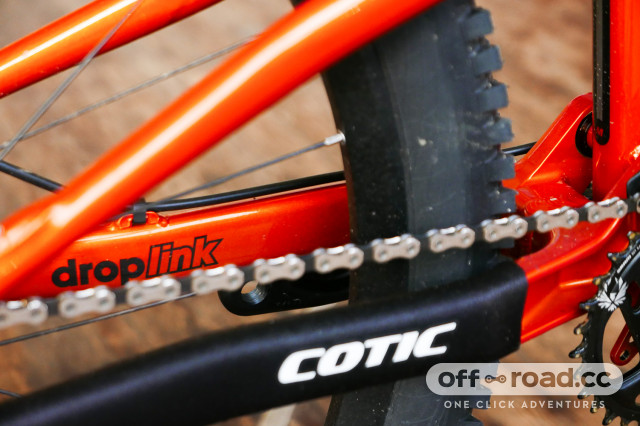 At the other end of the scale, there's the Silver build at £2,749, which gets an X-Fusion McQueen fork, Shimano SLX 11-speed group (12-speed SLX builds will be available from mid-January for an extra £50) and X-Fusion rear shock. 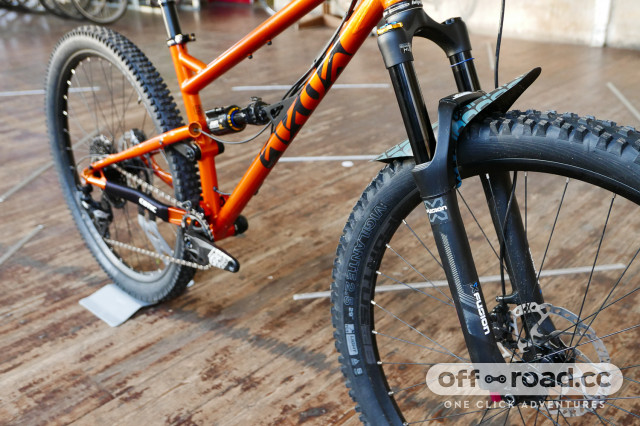 Frame only prices start from £1,499 with an X Fusion O2 RCX shock and Hope seatclamp, while moving to a Cane Creek DB Air IL shock will shift that upwards to £1,749, with delivery included on all.

Our test machine is a bit of a mish-mash, with the X-Fusion fork, Cane Creek shock, SRAM GX Eagle group and some WTB rubber. We're looking forwards to getting our for a rip on it soon, so check back for a full review then.