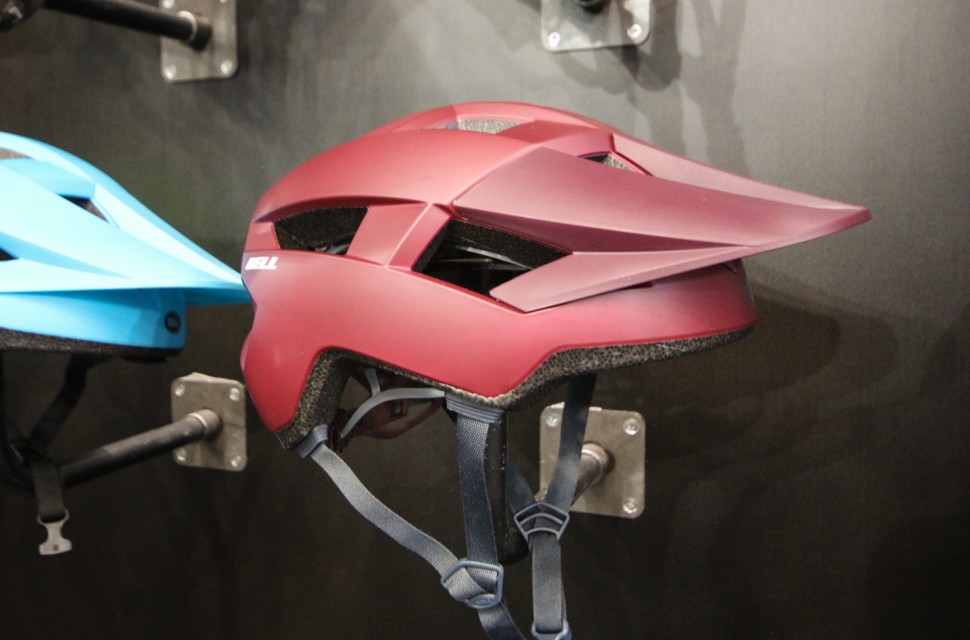 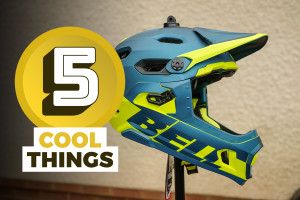 5 cool things from Giro, Lazer, Bell and Pearl Izumi
A close up look at a Giro Tyrant lid plus the Bell Super DH

New stuff seen at Eurobike 2018 - cool kit, bikes, tools and gear we found at the show this year
We hunt down the most exciting bikes and kit of 2019

There was more than one new helmet design knocking about at Eurobike and this time surprisingly the major theme wasn't all about the removable chin bar. There were new full face lids from Bell and 661 and lots of enduro half face helmets from the likes of Met, Oakley Giro and Alpina. Here's our roundup of the ones that caught our eye as the best for 2019.

First up is the cheapest of the bunch, the Bell Spark sits under the 4Fourty trail lid in the range and is designed to be an affordable option. It has a fixed visor and there are just two sizes available (men's and women's/youth) but still gets MIPS which is great to hear. It's set to retail at 50Euro's so we can expect this to be about £50. 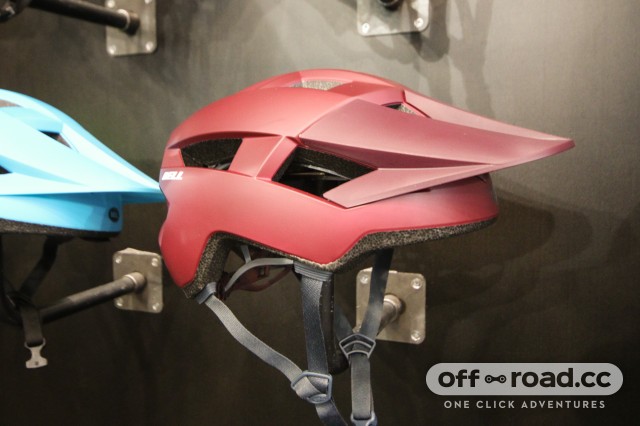 Nothing new about the design here, the Montara and the Montaro are tried and tested good lids. There are new colourways though and they look pretty snazzy to us. There will also be matching gloves, socks and jersey's available too. 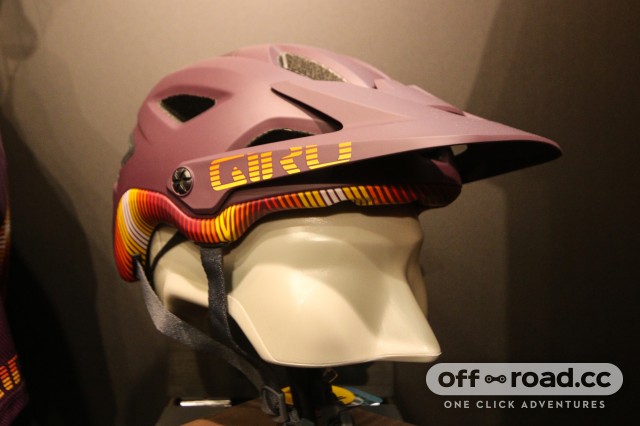 The Full 9 Fusion is a budget version of the Full 9 downhill helmet, they look pretty similar except the Fusion version is composite rather than carbon and doesn't feature the Eject helmet removal system or magnetic cheek pads of its more expensive brother.  The Full 9 Fusion weighs about 1kg (a tad ligther than the Full 9) and it will retail at about the 230 USD mark, UK prices to be confirmed. 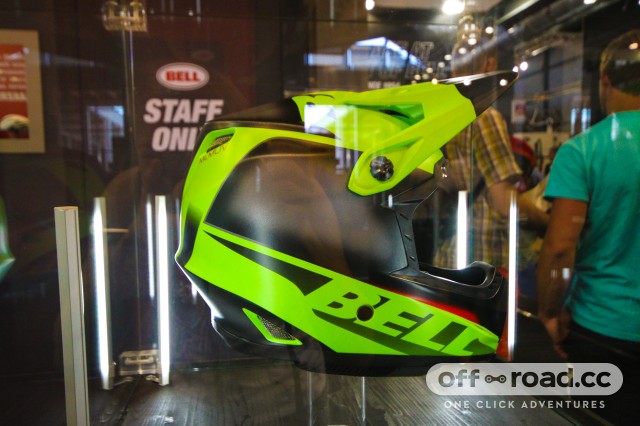 The 661 Reset lid was launched last year at Eurobike and it's back on the stand this year with the addition of MIPS and new colourways. We couldn't get a look inside the lid but Gareth from the brand told us that the lid uses the new MIPS layer, MIPS-E2 which sits between the liner shell and the features two layers of fabric that move over one another to decrease rotational forces inside the helmet. The Reset was designed at a price point that doesn't break the bank, the Reset MIPS will be 160 Euro's so we think, probably £160, just £40 more than it's non-MIPS sibling. 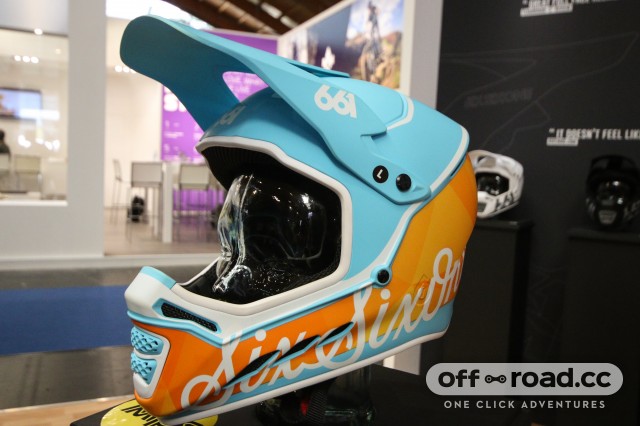 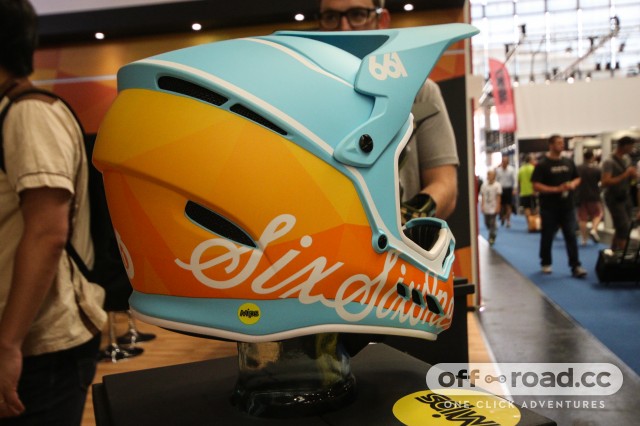 This is the first mountain bike helmet from Oakley and to set things off with a bang, the brand has worked on the design of the DRT 5 with none other than dowhnill racing legend, Greg Minnaar. The lid features a glasses mount at the rear, a Boa adjustment dial with thin cables running along the side of the helmet so as not to interfere with glasses and MIPS lining. The DRT 5 will retail at 200 USD, we will bring you UK pricing and availability as soon as we know it. 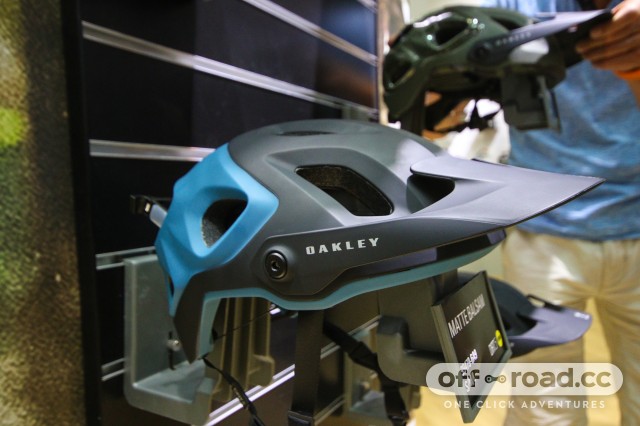 New for 2018, the Abus Montrailier is an enduro lid from a company better known for its locks. We've actually already reviewed this one, you can find the full review here. It's a MIPS equipped trail lid with deep coverage and a transparent visor and costs £150. 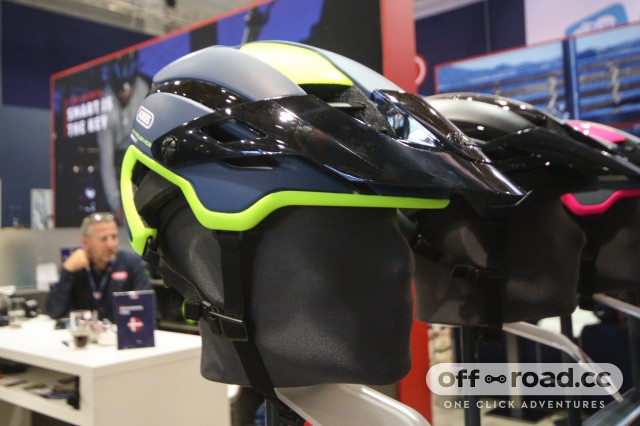 Not a brand we normally take a look at but the new lid from Alpina looks good, at least aesthetically so it drew our attention! The helmet features carbon side inserts to offer maximum protection and minimum weight. There is also an adjustable visor, big air vents at the front and rear and will cost 170 Euro's. 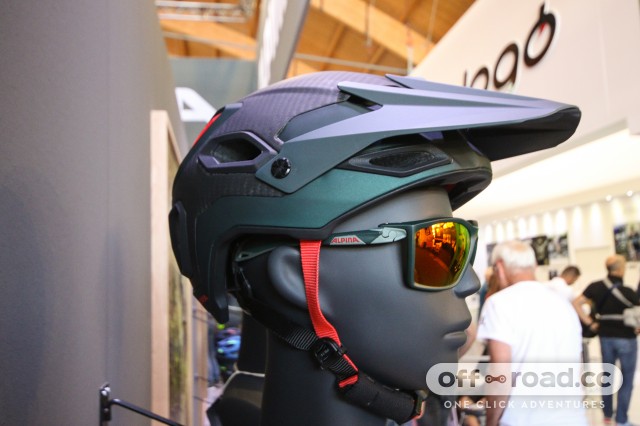 The Met Roam sport new colours for 2019, the large peaked lid offers 22 vents, lots of coverage at the rear and MIPS if you want it. The helmet costs £150 for the MIPS one or £130  for the non-MIPS version. 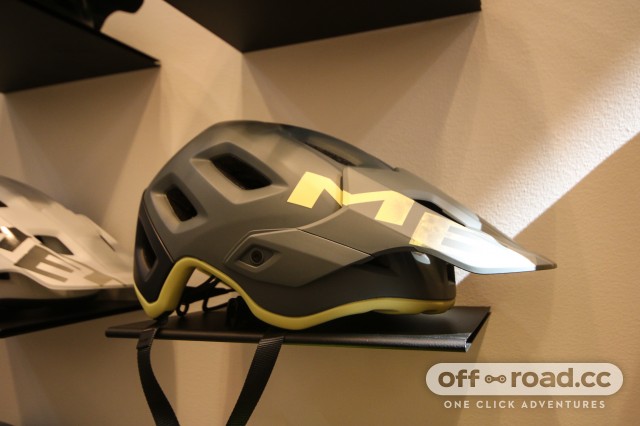 The O'Neal Pike lid gets a re-work for 2019 and is now called the Pike 2.0. Aesthetically it looks a lot better we thought and inside it's different too incorporating IPX ACells impact absorption technology, which reduces rotational impact injuries. It also gets additional longer coverage a the rear and an adjustable peak. The lid will retail at 140 Euro's. 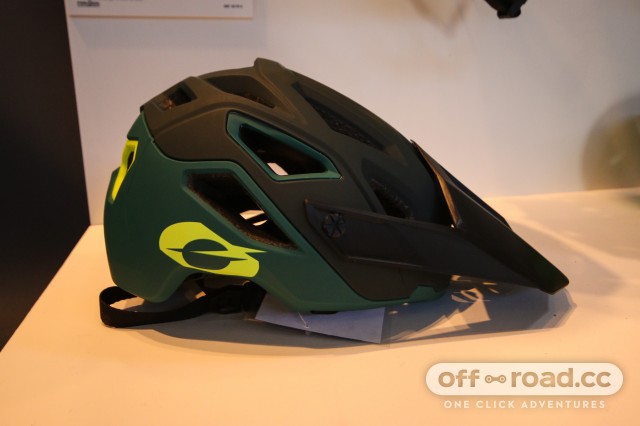 We spotted a what we think was a wooden lid on the Endura stand and whilst we are sure they aren't making a helmet out of trees, we reckon this might be a prototype of a new full face lid. It looks to be taking shape like a Fox Proframe so no removable chin bar but still an extremely well vented one. It looks to be using the Koroyd liner like their other helmets too. 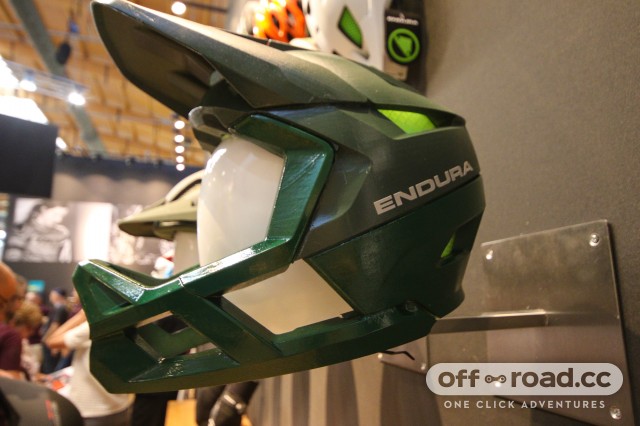