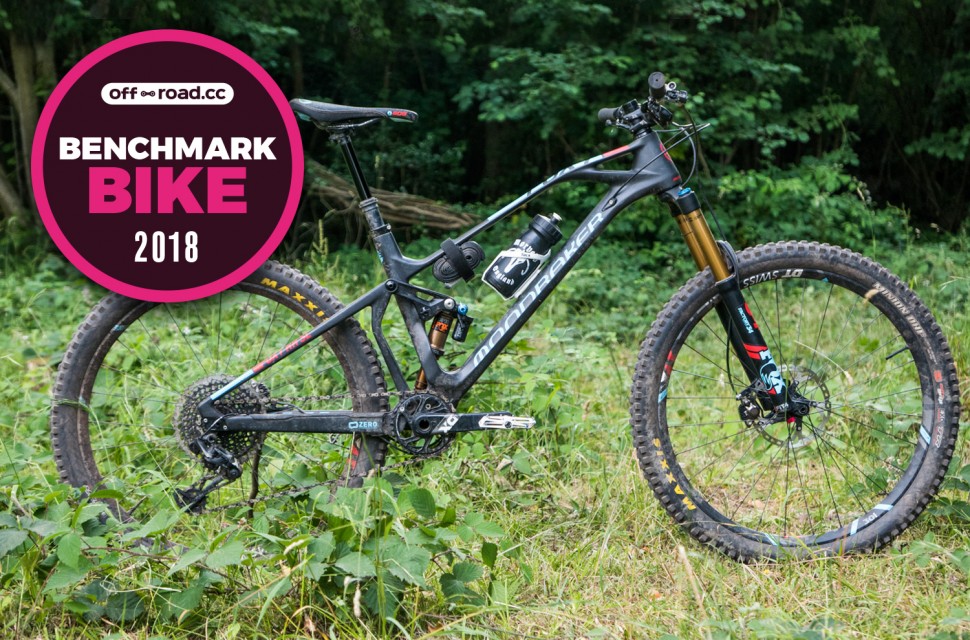 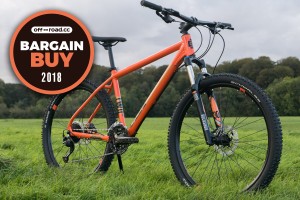 The Mondraker Foxy Carbon RR SL is the winner of our 2018 off-road.cc Benchmark Bike award. It's a sublimely fast and capable trail bike that builds on its predecessor's superbly balanced geometry with more refined construction and suspension. If you have been following the off-road.cc awards you'll know this is the second of three mountain bike awards in the lineup alongside Bargain Buy and Best Buy.

Again it was a very close run race, read on to find out all about the winner and the runner-up in this category. For all the information on our judging criteria and upcoming awards, you can click here.

The Mondraker Foxy Carbon RR SL is the winner of our Benchmark Bike award. It's a genuine do-everything machine with a lightweight frame and top end build kit, something reflected in the frankly huge price tag, which was one of the only places the Mondy lost marks. 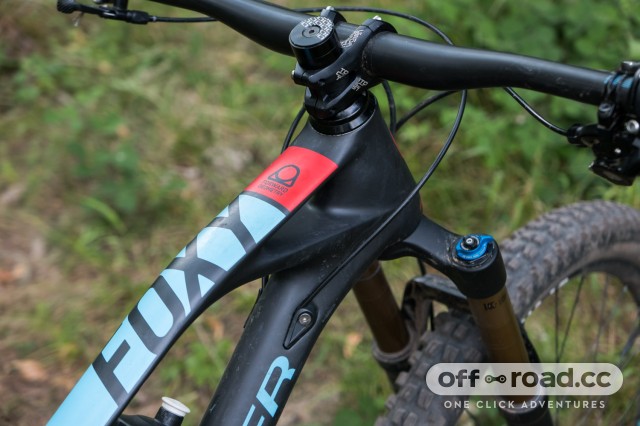 So, if you've read ahead you might wonder why the Mondraker clinched the top spot with its four-star review, rather than the Whyte S-150C Works, a five-star scoring bike. Well, our Benchmark Bike score is all about performance and it's here both bikes were awarded five stars so with value and to some extent quality out of the equation both bikes were on an even keel, but we feel the Mondy pips the Whyte to the post where handling and suspension action is concerned, though it's a mighty close run thing. Editor Jon even went out and his own spent cash monies on one, so if that's not argument enough for the making of a top bike, we're not sure what is!

The Foxy is Mondraker's do-it-all trail bike and it's the arguably the bike in their range that's best suited to UK riding. Sporting 150mm of travel at the back paired to the same amount up front, the bike uses a version of the Zero multi-link suspension system seen on all other full suspension Mondrakers, but it's seen some subtle but significant tweaks to improve it over previous iterations. 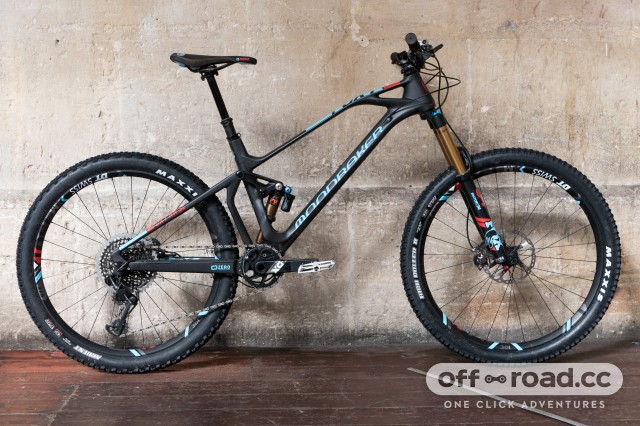 Put simply, the Foxy Carbon is one of - if not the - sweetest handling trail bikes on sale today. When it comes to an all-around mix of up, over and descending capability, we can't think of much that can hold a torch to it.

Okay, so even by the standards of other superbikes, it's hard to call this particularly good value and there are some spec choices that might not be to your taste - they weren't to mine - but it's simply such a capable bike it's easy to forgive it once you actually start riding. If you also fall into that camp, then it might be worth looking at the frame-only kit for £2,999 and building it up just how you want.

For me, with a few tweaks to kit here and there, it's a genuine one-bike-for-all-duties machine which, if you squint really hard, goes some way to offsetting that huge price tag. Either way, it's a storming trail bike that punches well above its travel and if you've got deep enough pockets, you won't be disappointed.

Our runner-up for the Benchmark Bike award is the Whye S-150C Works that we thought was fast, capable and a ton of fun. Of course, choosing a bike to buy is as much down to personal preference so you might just find that the Whyte suits your riding style better than our winner, we suggest taking them both on a test ride to see! 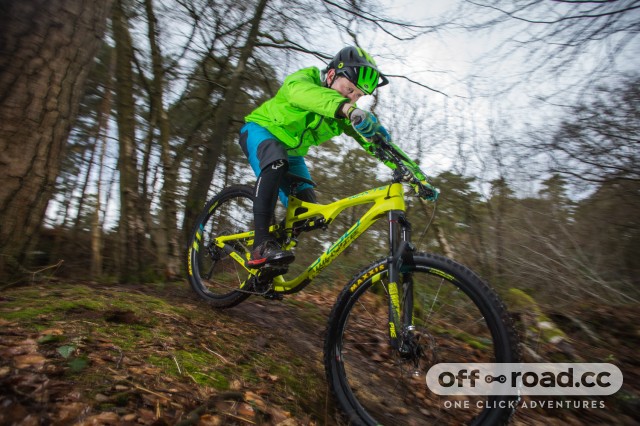 Whyte's top-end S-150C Works marries progressive geometry to a quality carbon fibre frame and a fully loaded spec to produce a 150mm travel trail bike that's incredibly planted and really comes alive when you really start charging hard. Our reviewer says the S-150 feels quite sedate initially but once you start charging it really starts to come alive. The frame is incredibly stiff but the rear suspension is so supple that it stays hooked up even in the most testing conditions. He’d recommend running the Pike a little bit softer (and raising the bar to accommodate the increase in sag) so it matches the rear end but other than that this bike is raring to go. The Switch facility is a bonus but with the stock 29in wheels, the S-150C Works is fast, capable and a ton of fun.

The next winner to be announced is our Best Buy mountain bike, check back here tomorrow!