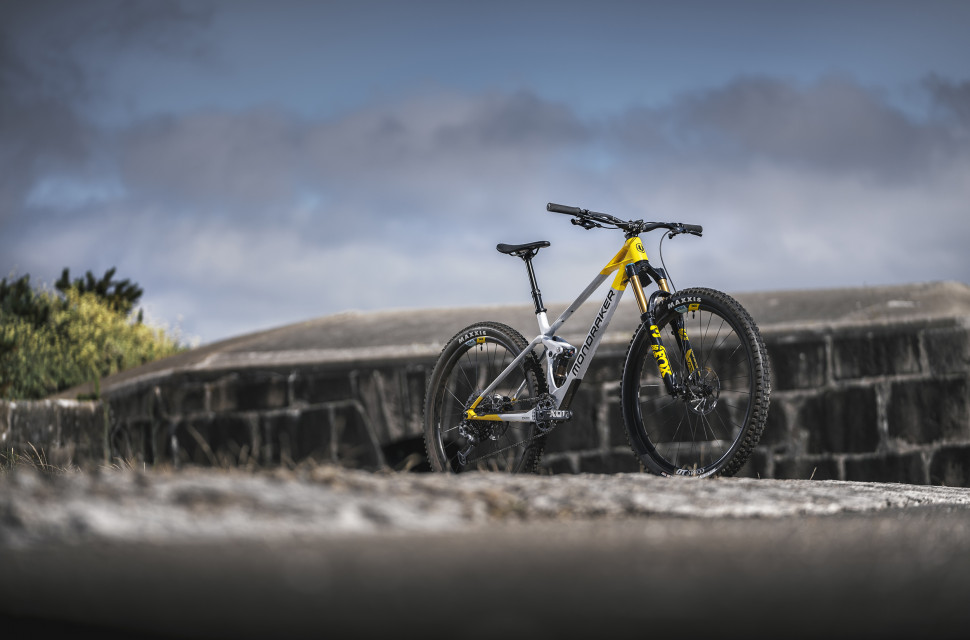 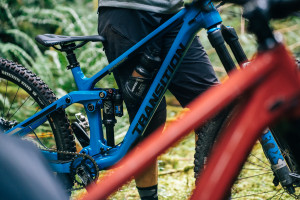 In a big day for Mondraker, the brand has released two bikes, one being all-new for the lineup with the other already existing as a staple bike in the range. The former, dubbed the Raze claims to blend what we love about a cross country bike with what we love about an enduro bike with the hopes of creating a true quiver killer. The latter, the Foxy Carbon makes way for the Raze by becoming more enduro with an updated frame and adjustable geometry.

Starting off with the Raze, it's designed to keep up with the XC whippets up the hills but blast past them on the downs. It gets 130mm of suspension at the rear with 150mm up front and it's built around a full carbon frame, using Mondraker's STEALTH AIR FULL CARBON tech. With this proprietary tech, the brand claims to have got the Raze's frame weighing just 2kg without a shock. 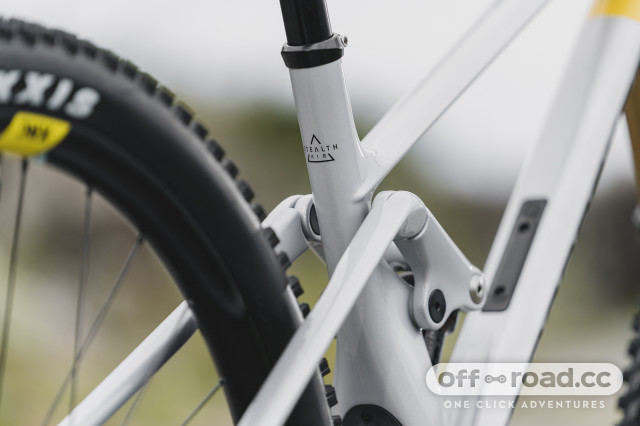 As s expected from a Mondraker bike, the Raze comes kitted with the brand's famed ZERO SUSPENSION SYSTEM with the aims of achieving the best pedaling response without compromising suspension performance. The bike also debut's an all-new lower link which is said to add a bunch of stiffness to the frame. 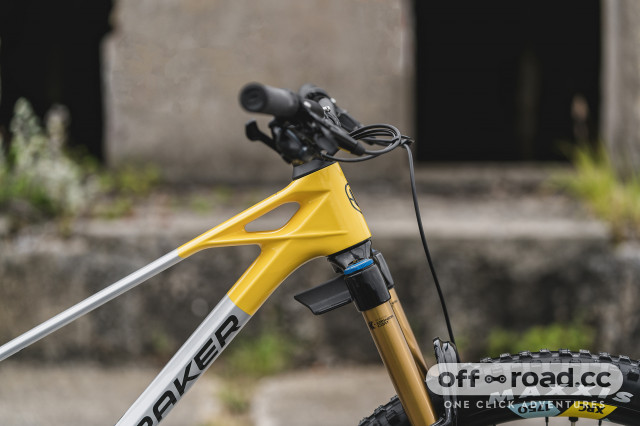 Kitting the bike with a specifically tuned Fox rear shock, Mondraker claims to have struck the perfect balance between pedaling efficiency and overall performance. 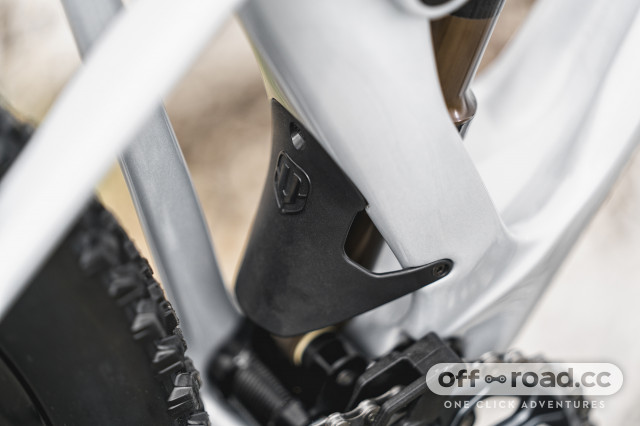 While we're talking about suspension, the Raze makes use of Mondraker's MIND suspension telemetry system which helps you set up your suspension and puts all of the suspension's telemetry at your fingertips through the MyMondraker app. 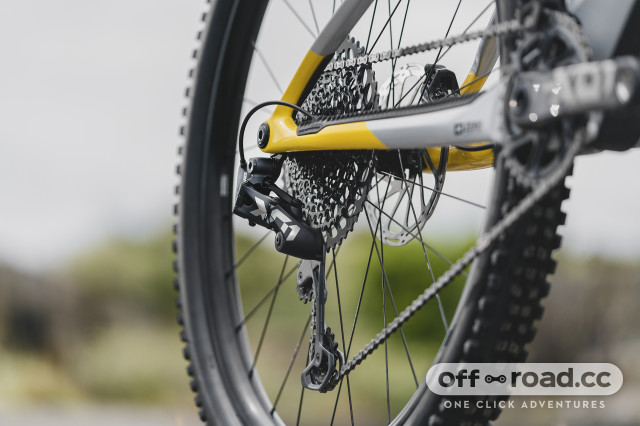 Yet another key aspect of the bike is that it follows the brand's FORWARD GEOMETRY, promising to offer trail bike characteristics with enduro bike aspirations. As such, it gets a 65.6° head angle, a 76.5 effective seat tube angle and a 435mm chainstay. The reach on a large frame measures in at 495mm. 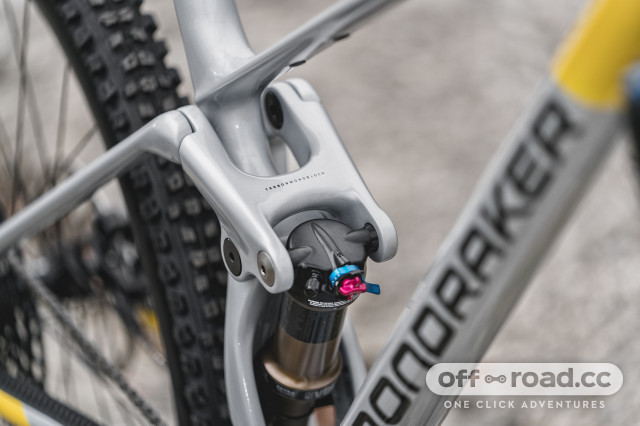 As for frame features, it gets a one-piece carbon fibre Monobloc main link, an internal Hidden Housing Guide to make for easy cable routing, dual Enduro seal bearings, and a smart rear shock guard built into the frame. It's great to see a threaded bottom bracket too. 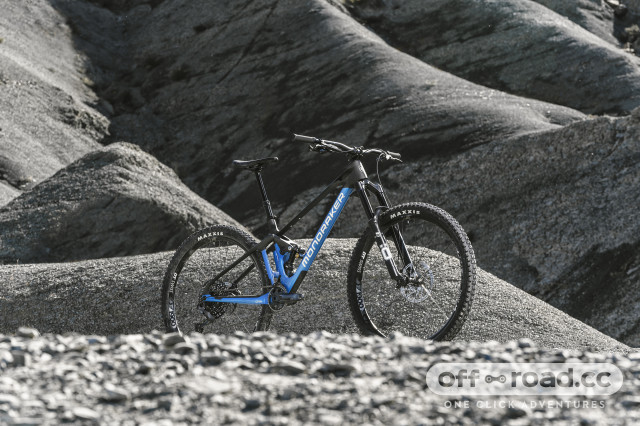 Moving onto the 2022 Mondraker Foxy Carbon, this iteration gets a more enduro look than the previous builds.

First off, it gets all of the technology that you'll find on the Raze, that being the STEALTH AIR CARBON tech in the frame that sees in some work done around the bottom bracket in order to make the frame a little stiffer. The chainstays have also seen some tweaking and reinforcement. Mondraker claims the Foxy Carbon to be the lightest enduro bike on the market. 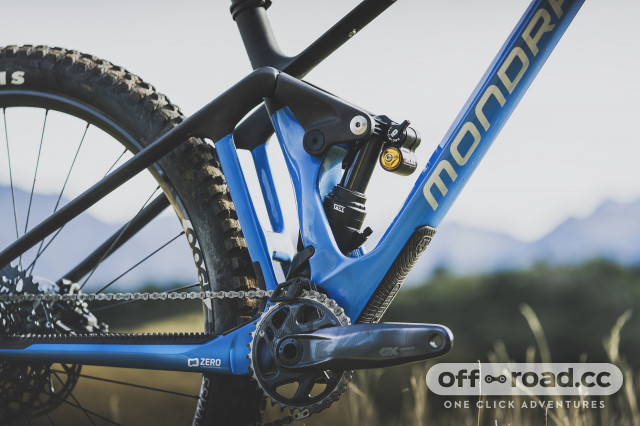 This bike also uses the ZERO SUSPENSION SYSTEM which is made up of two completely redesigned links for 2022. This year the Foxy Carbon gets a longer stroke shock with the aim of creating a plusher ride whilst remaining effective on the climbs. This bike also gets the MIND suspension telemetry magic. 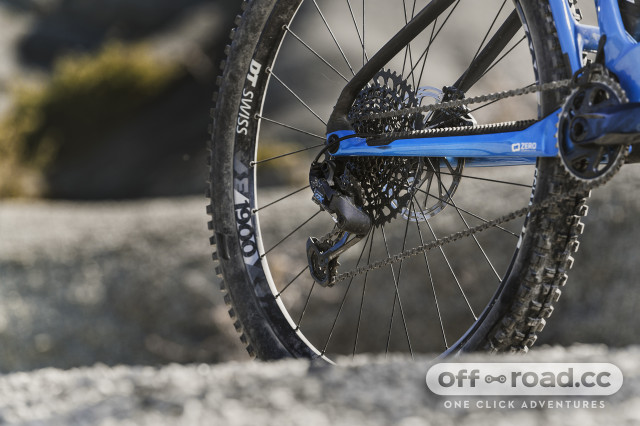 A fresh feature for the Foxy Carbon is adjustable geometry in the form of a flip-chip. It offers half a degree of adjustment at the head tube, 0.3° at the seat tube, and 5mm of adjustment at the bottom bracket. In the 'Low' setting, the chainstay stretches by 10mm, offering more mid-corner grip and a more stable ride at speed. 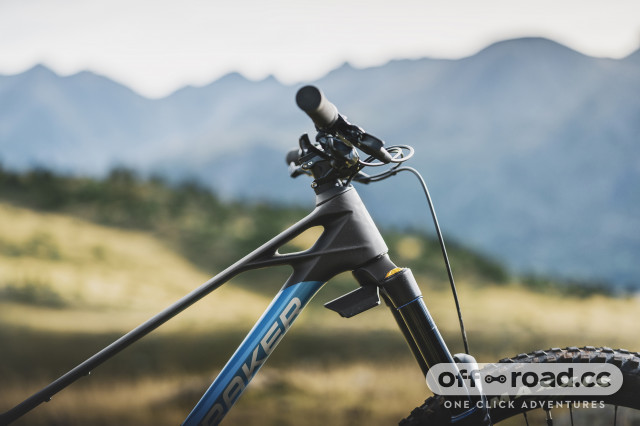 There are three Foxy Carbon models in the range but the Foxy Carbon XR gets an additional 10mm of suspension on the fork, bumping it up to 170mm. In turn, this slackens the head angle by .5° degree alone, and then there's the flip-chip to make it even slacker.

As for that geometry, on a regular Foxy Carbon, it measures in with a 64.5° head tube angle, a 75.7° effective seat tube angle, a 435mm chainstay, and a large's reach comes in at 485mm. There are four sizes on offer. 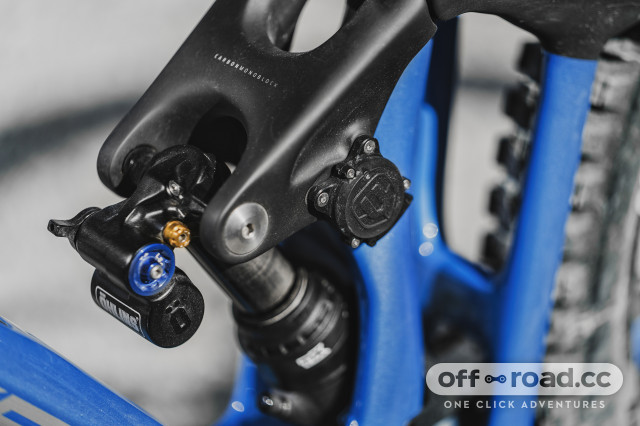 Just like the Raze, this bike gets a Monobloc carbon main link and Hidden Housing Guide internal routing.