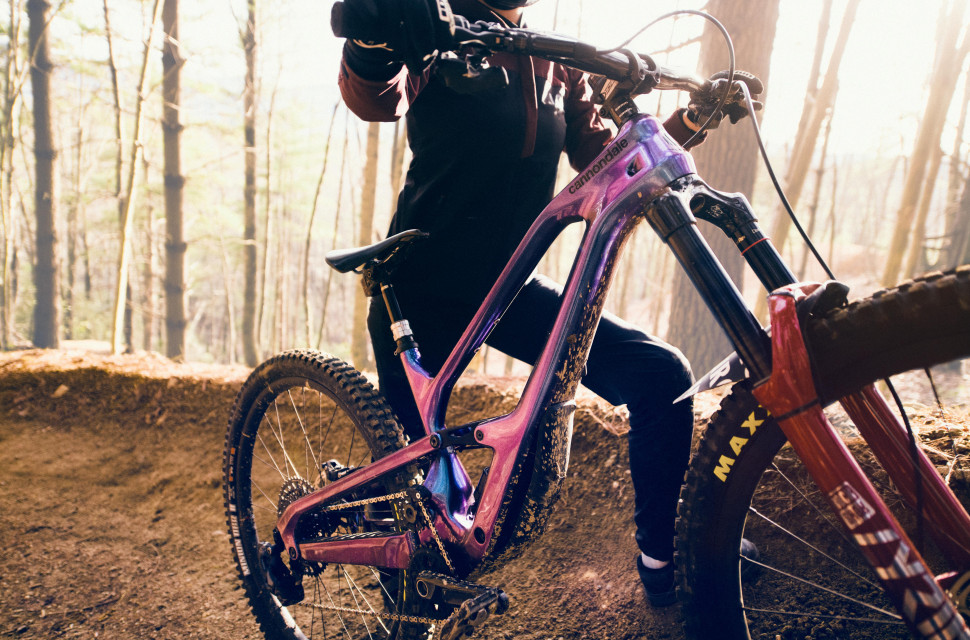 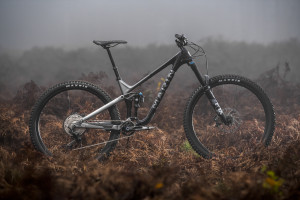 Today, Cannondale has launched the new 2022 Jekyll and in true Cannondale fashion, it doesn't quite follow the norm. It gets what the brand calls the 'Gravity Cavity', along with a four-bar linkage, a high pivot, and a 'Guidler'. That's not all, there's a host of new tech finding its way onto the bike, so let's get on with it.

Kicking off with that crazy-looking suspension platform, it's built with a high main pivot that the brand says offers a 'bump swallowing' rearward axle path. The most striking aspect of the new platform is that the shock is mounted within the Gravity Cavity, in the downtube which should keep weight nice and low. It's not too dissimilar from the direction toward shock mounting that we saw on the new Scott Spark a couple of weeks ago. 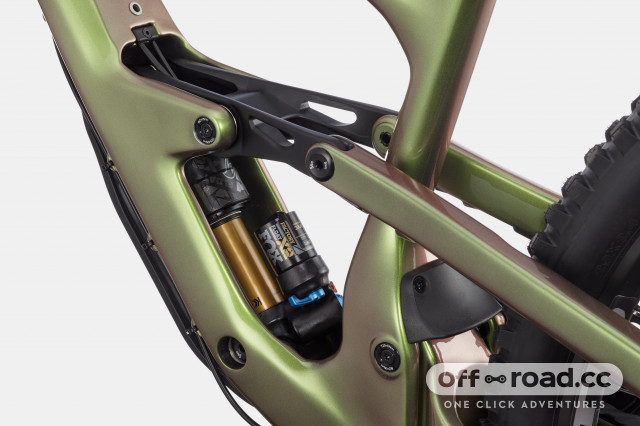 Then, Cannondale has kitted the Jekyll with a four-bar linkage that's said to keep braking smooth, traction high and pedaling crisp. That linkage manages 165mm of travel at the rear, and there's 170mm of squish at the front. 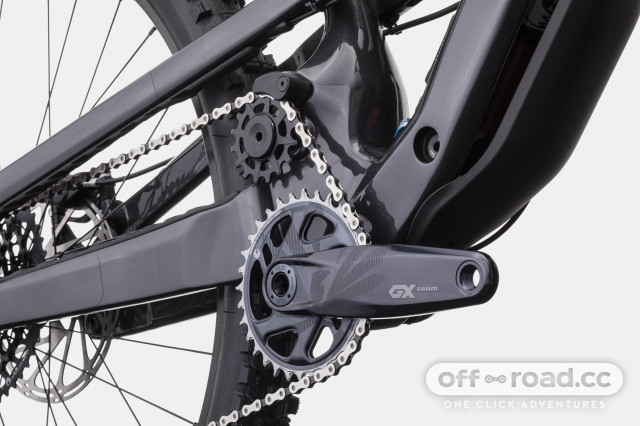 Of course, there's the Guidler, the brand's name for the idler pulley which comes sorted with a little chainguide. The aim of the idler is to eliminate pedal feedback from the high pivot swingarm and keep your chain where it's meant to be.

The new Jekyll uses something that Cannondale calls Proportional Response and that refers to both the geometry and suspension kinematic. 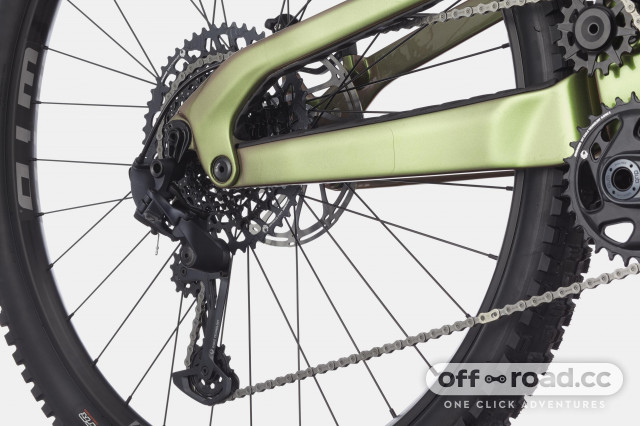 For the latter, that means that each frame size gets a slightly different suspension layout to offer the best ride possible from size to size. Then as for geometry, as the front of the bike gets longer with each larger size, the chainstay length also increases with the aim of keeping the rider better centered between the wheels.

While we're on the subject of geometry, the bike comes in four sizes from small up to extra large with 29" wheels gracing each size. 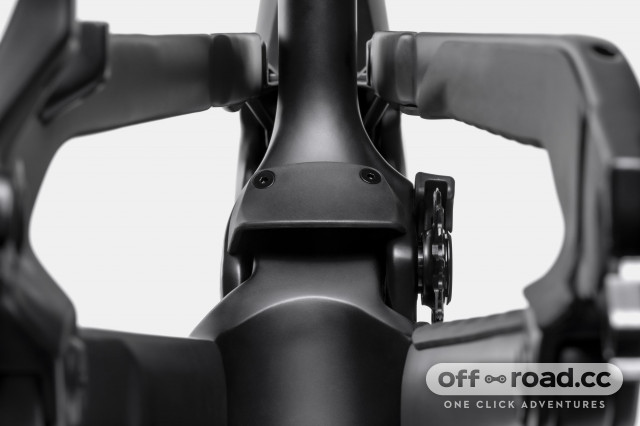 Finally, there are a couple more neat techy bits such as the Ai Offest Drivetrain. That's designed to offer more tyre and mud clearance in the rear triangle. It also allows for more even spoke angles for a stiffer rear wheel.

As the Gravity Cavity isn't enclosed from the bottom of the downtube, it's neatly covered with a shock/frame guard that's designed to let cool air circulate around the shock while keeping the bad stuff out. 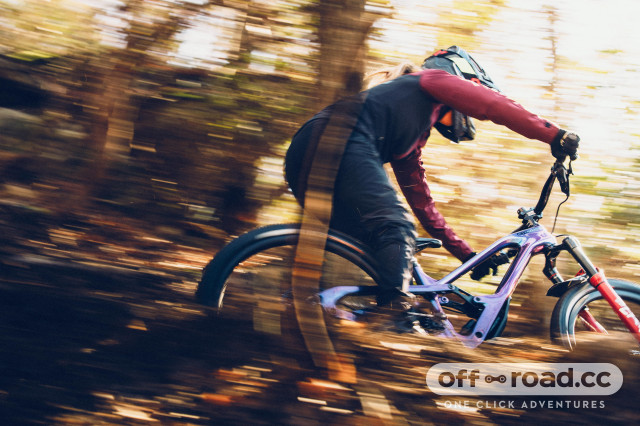 There are two models of the Cannondale Jekyll available, both being built around a carbon frame. 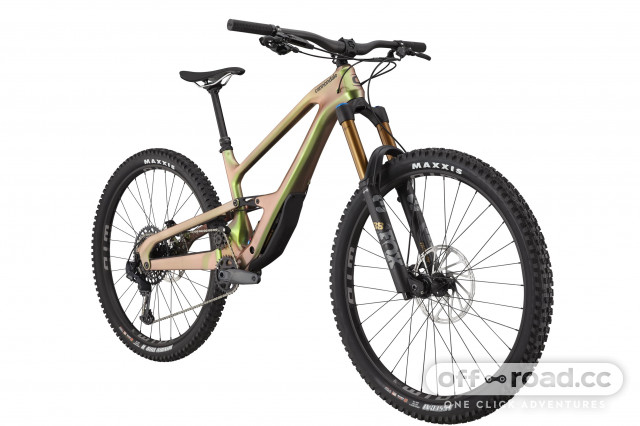 Topping the range is the Jekyll 1. It gets Fox suspension both front and rear in the form of the Float Factory 38 and the Float Factory X2. This one is driven by a SRAM GX Eagle 12-speed drivetrain with SRAM Code RSC brakes. Then it rolls on a pair of WTB KOM Trail i30 TCS rims, laced to Formula hubs and wrapped with a Maxxis Assegai 29x2.5, 3C, EXO+ at the front and a 2.4" Maxxis DHR II with an EXO+ casing. This bike then gets a Cannondale DownLow Dropper. 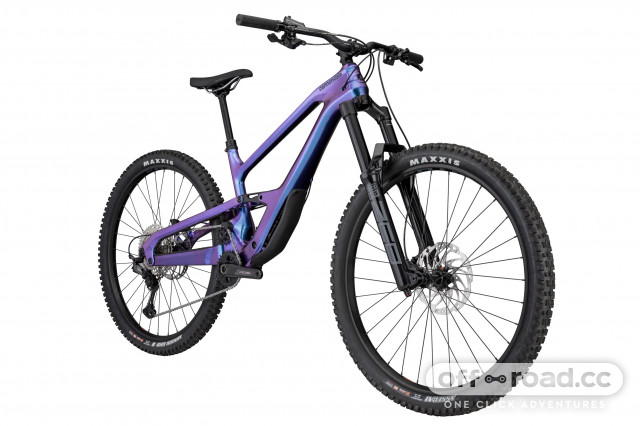 The Jekyll 2 comes sorted with a RockShox ZEB Select fork and a Fox DPX2 Performance shock. Then, there's a Shimano Deore 12-speed drivetrain with Shimano M6120 stoppers. This bike rolls on a pair of WTB STX i30 TCS rims laced to Shimano hubs and it gets the same tyres as the range-topping rig. However, you'll find a TranzX dropper here.