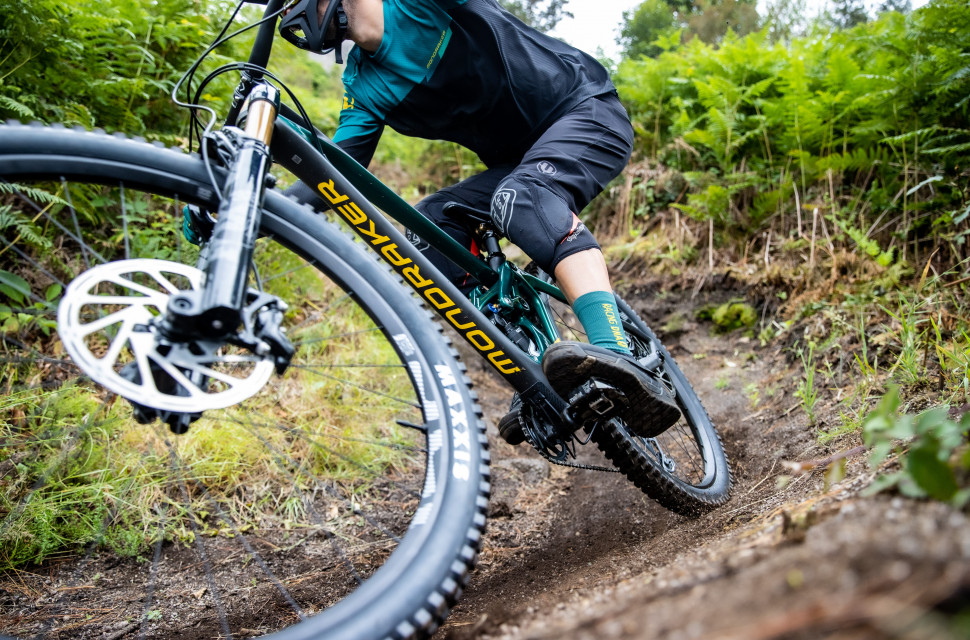 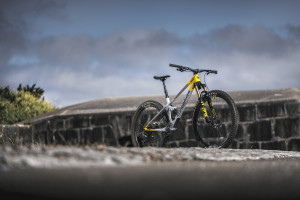 Today, Mondraker has launched the bulk of the 2022 offering, although the brand is keeping its cards close to its chest with certain models due to be announced later on in the year. With the updated range, Mondraker has refined the ZERO suspension system, FORWARD geometry design, and the new MIND telemetry system that was launched earlier this year. Here's everything we know. 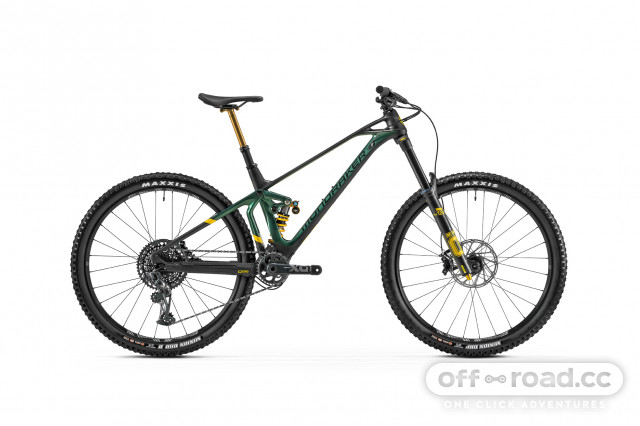 So let's get on with it and start off with the SuperFoxy. It remains as Mondraker's super enduro bike that's said to be as comfortable at the bike park as it is on the most demanding trails. It gets 160mm of rear-wheel travel paired with 170mm at the front. 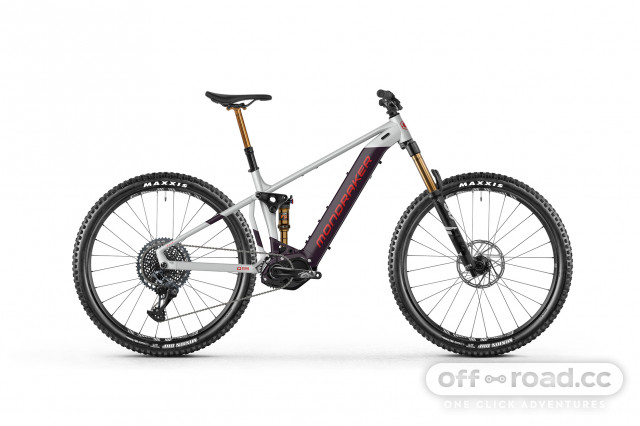 Next up, the Dusk and Chaser take the role of the enduro e-bikes. The Dusk is more for those who want to get more miles out of the bike and as such, it can be boosted up to 990Wh with a range extender battery that takes the place of the bottle cage.

The Dusk comes sorted with an alloy frame, 150mm of travel at the back and 160mm at the front. Then, it's run by a Shimano STEPS EP8 motor.

The Dusk's geometry isn't too dissimilar from the SuperFoxy's, being graced with a 490mm reach on a large frame, and then a 65.5° head tube angle, a 76° effective seat tube angle and 455mm chainstay. 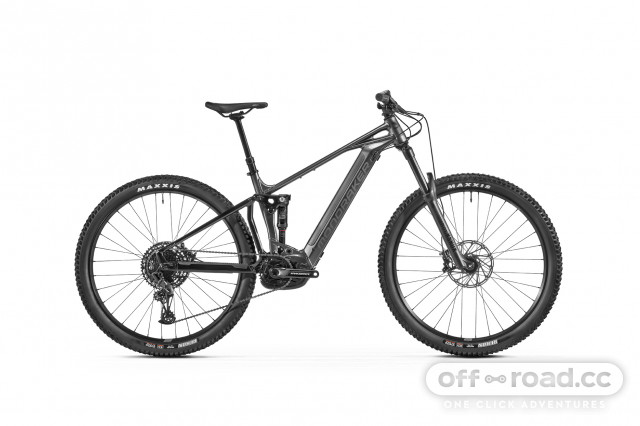 Then, the Chaser also comes built around an alloy frame and with 150mm of squish at the rear, paired with 160mm at the front but it comes with a Bosche Performance Line CX Cruise Gen4 motor and 625Wh battery. 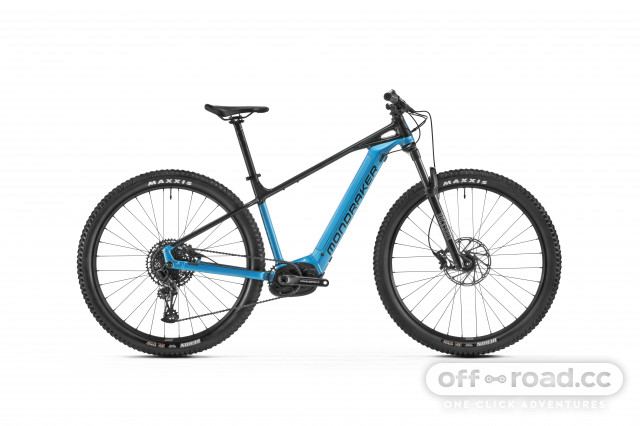 Moving onto the trail bikes, there's the Prime. It's a hard-tailed e-bike that's aimed at anyone who wants to enjoy the countryside at their own pace. It comes in both a 650b+ and 29" wheeled model each getting 120mm of travel to play with. Each model also comes with a Bosche Performance Line CX Cruise Gen4 motor and RockShox Recon Silver RL forks. 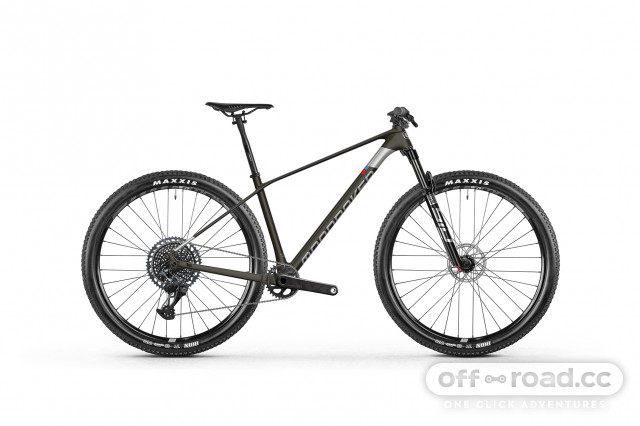 Finally, there's the brand's cross country offering. Notably, the XC hardtail, the Podium, comes built with the lightest production frame in the world, weighing in at less than 800g. Its fork offers 100mm of travel.

The Podium comes in three models, each getting that featherweight carbon frame and each model sees in a 68.5° head tube angle, a 74.5° effective seat tube angle, and a 430mm chainstay. As for reach, a large frame gets a 463mm measurement. 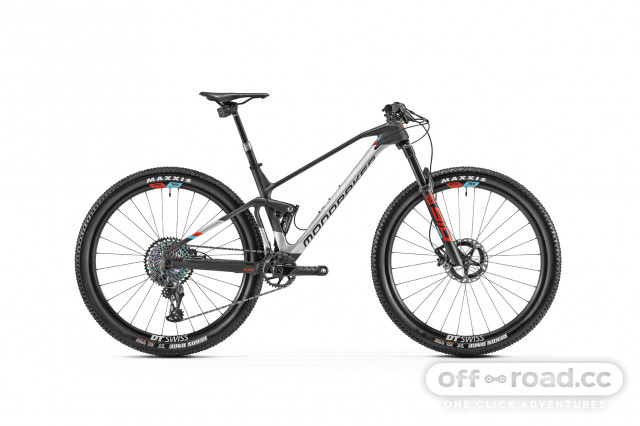 The F-Podium fills the ranks as the brand's full suspension cross country bike and with this one, there are five models to choose from, with each being built around a carbon frame. It gets 100mm of suspension at the rear with 110mm at the front. DC builds get an additional 10mm of fork travel. 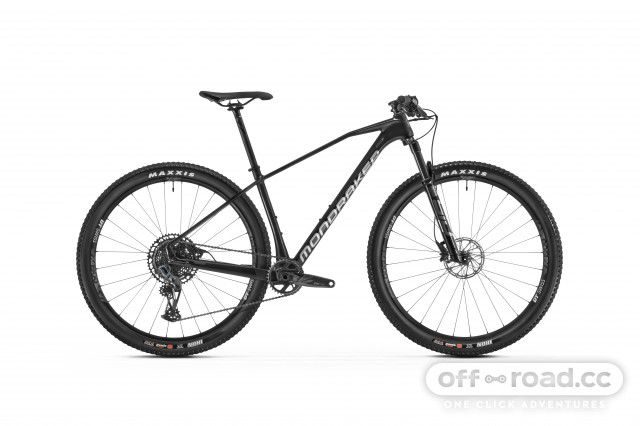 Rounding up the whole of Mondraker's 2022 range, for now at least, there's the Chrono, a more budget-friendly cross country hardtail that comes with four different models (two carbon, two alloy) and 100mm of suspension.

Both alloy and carbon models come sorted with a 70° head tube angle, a 73.5° effective seat tube angle and a 435mm chainstay. A large frame gets a 444mm reach.

All of the bikes in Mondraker's range are 29ers unless stated otherwise, in a move that we saw last year.

So that's it for Mondraker's 2022 range launch and of course, there are a few bikes missing at the moment but we're told that we'll hear more about those later in the year. That should hopefully mean that there are some exciting changes to some of the brand's staple bikes to look forward to. We'll let you know as and when those bikes are launched.