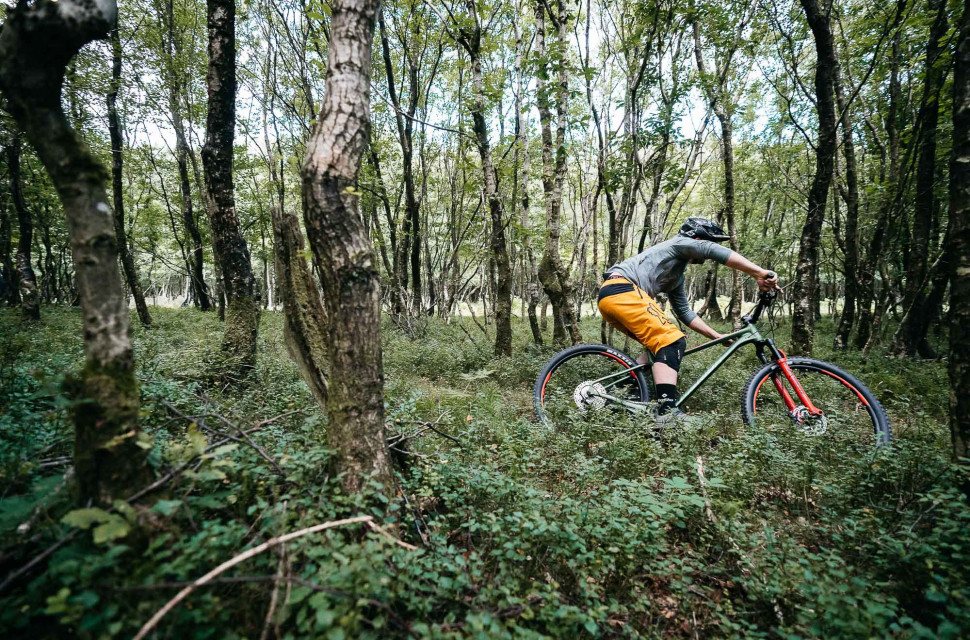 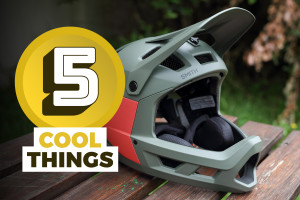 New Merida Silex Takes Lessons From Mountain Bike Design
Merida sets sights on the adventure bike market
First Look: Merida Silex
Gravel, adventure - whatever you call it, this bike aims to do it

It's easy to forget about the humble trail hardtail in a world of fancy carbon fibre, long-travel enduro machines, but they're a great way to have a lot of fun without spending much money - and Merida certainly thinks so because their Big.Trail range has returned, offering 140mm forks and slack head angles at prices ranging from £800 to £1,500.

While the original Big.Trail - one of the first bikes we tested at off.road.cc - had 130mm of travel and fat 2.8" tyres on 650b wheels, the new machine has now been bumped up to 140mm travel and rolls on 29" tyres shod with still chunky 2.5" rubber.

It's still aimed at offering a lot of bang for your buck, with a shapely aluminium frame that gets all mod cons such as tapered head tube, through axles front and rear, internal cable routing and a 1x drivetrain on all the bikes. It's apparently been designed with a lot of input from UK riders, so there's plenty of mud clearance too, which is always nice to see.

The geometry has also been revised quite a bit from the original, with a slack 65.5° head angle and decent 75.5° seat angle bringing it up to date. Reach is 455mm for a size large, which sits in the middle ground of modern enduro bikes, but low standover heights mean you can size up if you fancy a bit more space or keep it all short and BMX-like if you refer.

Most of the higher-end bikes also get short offset forks too, meaning handling should be on point for the sort of rough and tumble riding you'd expect a bike like this to encourage.

There are four bikes in the range, starting at £800 and topping out at £1,500. They all share the same frame too, so even the basic machine gets the frame features of the top models and every bike comes with tubeless-ready rims as standard. There are four sizes available from small to extra large and each bike has two colour options to choose from. 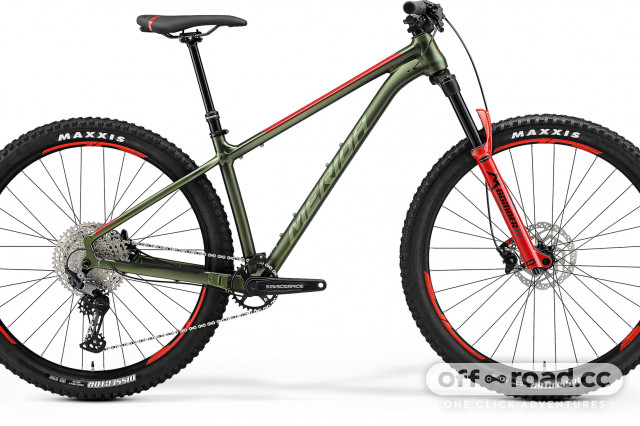 This range-topper costs £1,500 and gets a Marzocchi Z2 fork as well as a 12-speed Shimano Deore drivetrain with 10-51T cassette. There's a 150mm Merida dropper post, 780mm wide bars and Maxxis Dissector tyres on tubeless-ready rims. We've got one of these in for test, so check out the first ride of it shortly. 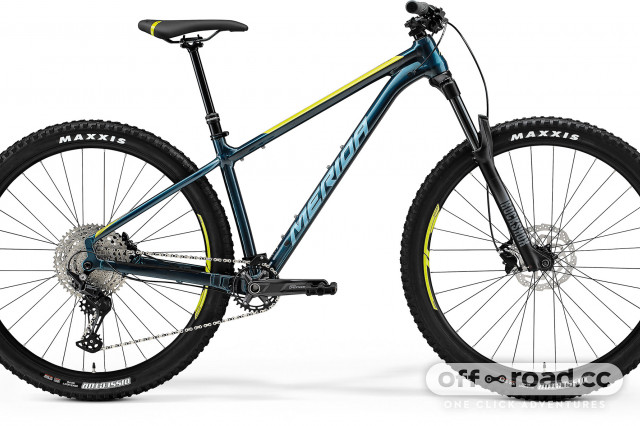 Coming in at £1,250, this bike gets a 1x11 Shimano Deore group with 10-51T range and a RockShox Recon fork. You get the same broad bars and dropper post as the higher-spec machine but the wheelset is a slighter heavier setup, though they're still tubeless-ready and come with Maxxis rubber. 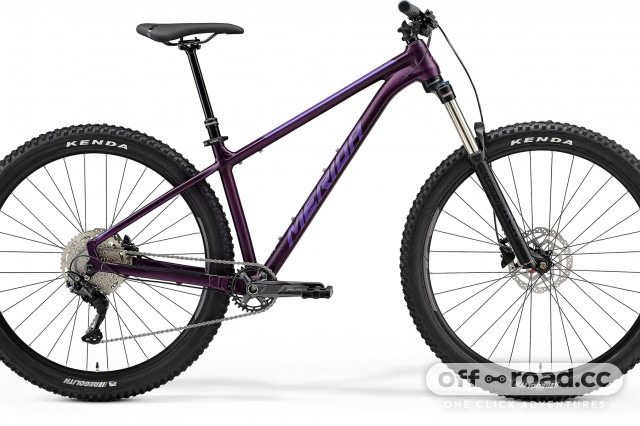 This bike gets a 10-speed Shimano Deore group with 11-46T cassette and an air-sprung Suntour XCR34 fork for the magic £1,000 mark. You also still get the 150mm dropper post and tubeless-ready rims, but this bike has Kenda Regolith rubber. We really like this purple finish, though you can opt for a more subdued scheme. 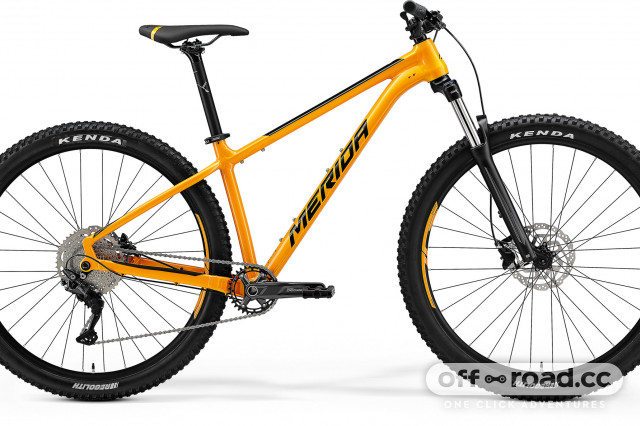 At £800, this is the entry bike to the Big.Trail range. It loses the dropper post for a fixed unit but there's the same 10-speed Deore groupset as before, albeit matched to a downgraded Suntour fork, though wheels and tyres are the same as the 400.

We'll be adding our initial thoughts on our 600 level test machine shortly, so check back soon for that, in the meantime, head to the Merida site for more details. Stock will be with shops shortly too.