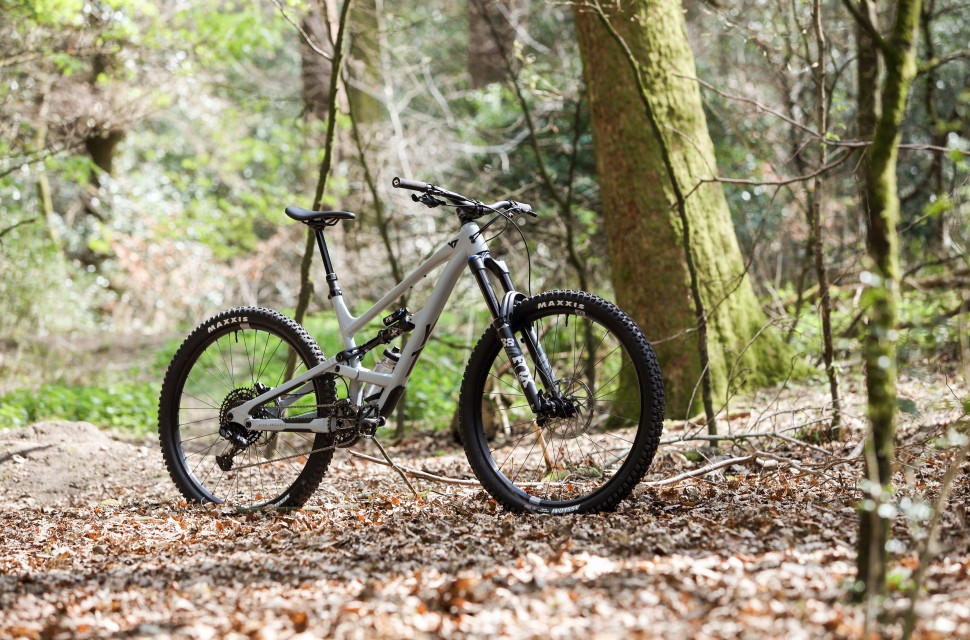 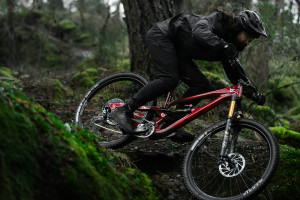 YT Industries quietly introduced an alloy version of the Gen 3 CAPRA frame with the Uncaged 6, a special specced model shod with Öhlins goodness. Now, the brand has taken the very same frame and has launched the CAPRA Core 2, a bike designed to bring everything we know and love about the Gen 3 CAPRA to a more accessible price point.

Before now, YT Industries’ CAPRA was only available in an Ultra Modulus or High Modulus carbon frame with prices starting at £4,400. Today, the brand has launched the Core 2 model of the CAPRA that's built around an alloy frame that brings all of the enduro goodness of its carbon counterpart to a much friendlier £3,200. 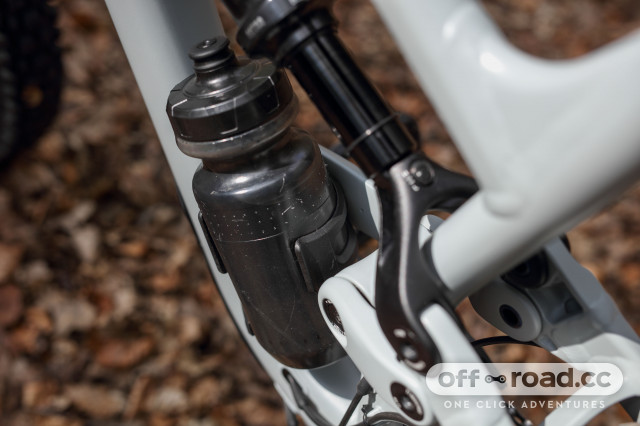 Those features include the very same suspension kinematic that’s found on the spendier bikes that received more anti-squat than previous models. There's also the very recognisable asymmetric wing that boosts the frame’s stiffness while allowing plenty of space for a water bottle in the front triangle. The alloy frame gets the very same geometry as what's found on the carbon ones too. 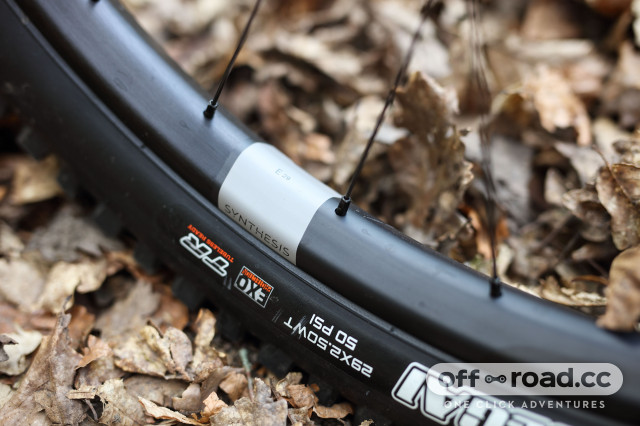 Similarities don't stop there, as the CAPRA Core 2 is available with MX or full 29” wheels with suspension platforms refined for each size. However, a couple of things do change with the move to alloy construction, one of them being the arrangement of the internal cable routing which is only internal through the front triangle. 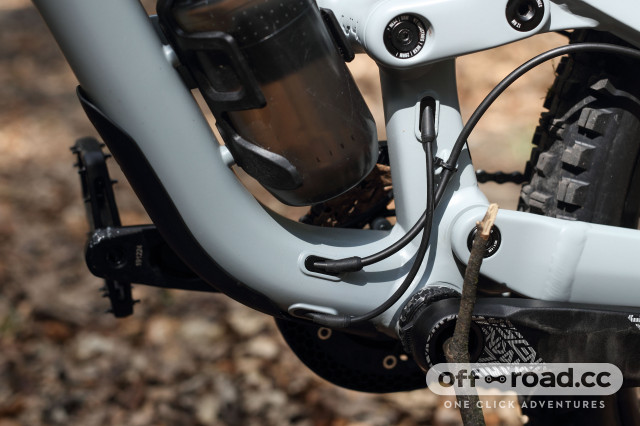 Cables now exit just before the bottom bracket on this frame to allow for smoother curves in the cables, resulting in better performance and feel at the dropper and gear levers, says YT. Secondly, the alloy frame gets an asymmetric chain stay in a bid to boost frame stiffness. 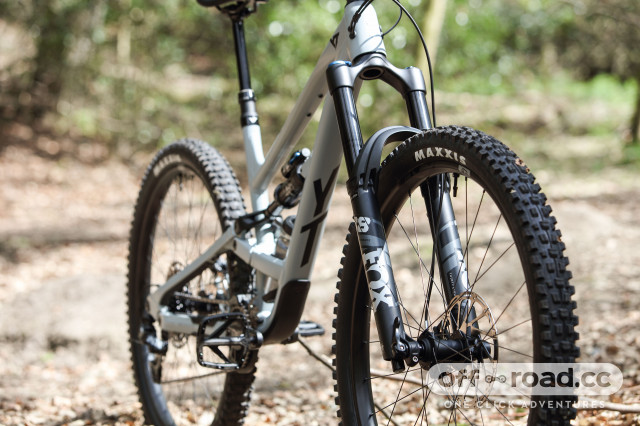 With the lower price point, YT Industries has had to get creative with the build kit on the Core 2. Though the brand hasn't made any compromises on the fork as it's properly sorted with a Fox 38 Performance rustling up all of the front-end stiffness and 170mm of travel, then the rear 165mm on the 29” bike or 170mm on the MX is handled by a Fox Float X Performance. 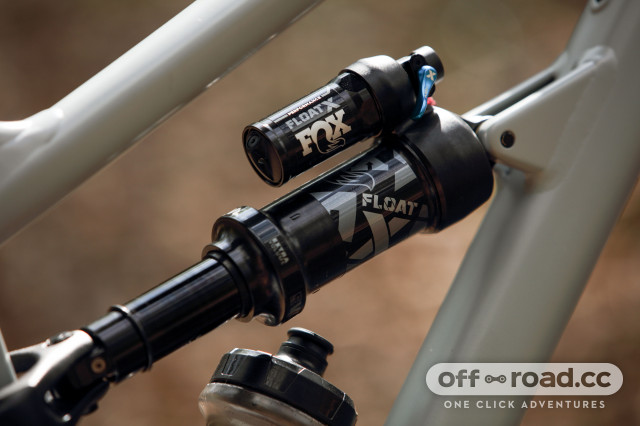 The drivetrain is provided by SRAM with the NX Eagle groupset and the bike is slowed by a pair of SRAM Code R brakes with a pair of sizey 203mm rotors. There’s a fat 35mm diameter bar and stem from e*thirteen too along with a chain guide and bash guard from the same brand; very neat touches, I must say. 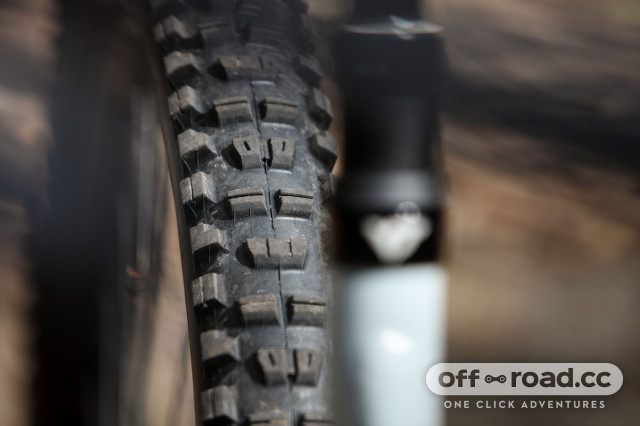 Impressively, the CAPRA Core 2 is equipped with Crankbrothers’ Synthesis Enduro alloy rims, the very same that’s found on the higher end bikes but to keep the price down, these are specced with slightly lower grade hubs. This means that the bike benefits from the front and rear end specific wheel tunes that this wheelset offers but at a lower price. These wheels, just like the other bikes in the range, are shod with Maxxis rubber in the form of a 2.5” Assegai at the front and a 2.4” Minion DHR II, both with EXO casings and Dual Compounds. 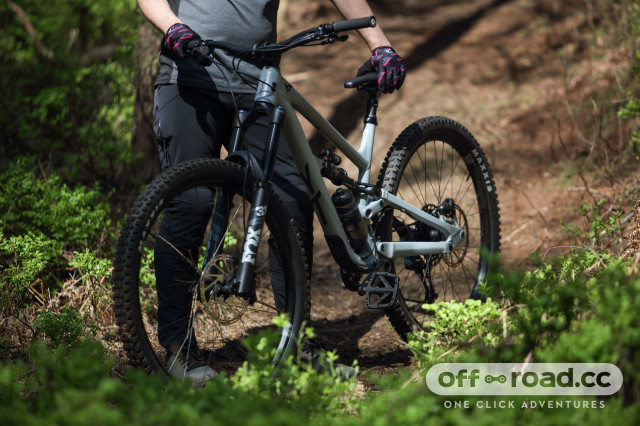 Ahead of the CAPRA Core 2’s release, YT kindly invited me down to Surrey to have a spin aboard the new bike. For reference, I spent a few hours with a 29" wheeled model with a large frame. Having enjoyed my time with the CAPRA Core 4 (see the review here), I was pleased to see that there’s very little difference between the two bikes, both visually and in their ride characteristics.

With the CAPRA Core 2 running an identical geometry and suspension kinematic, the bike feels incredibly familiar to its carbon framed counterparts, even when taking the weightier frame material into consideration. The rear suspension is still a little wild under pedaling but the extra kilo (or so I’m told) doesn’t make uphill efforts noticeably worse. YT Industries claims that this bike with a small frame weighs in at 16.4kg. 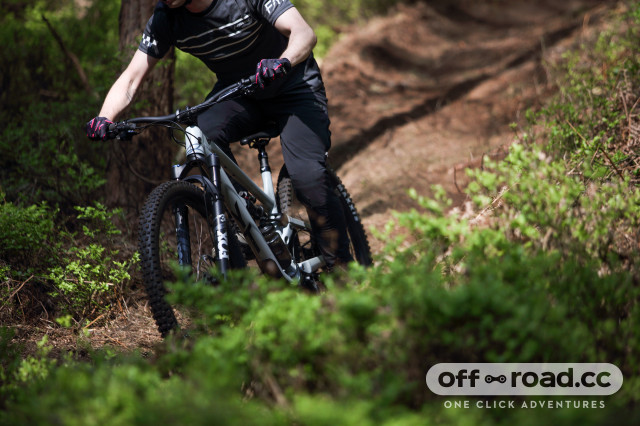 The biggest high-five that YT deserves for this bike is within the spec choices that have been made. It’s clear that the suspension, the wheelset, and brakes are where YT has made the most of its budget, as it’s all very capable stuff. The Fox 38 Performance keeps the front end stiff but offers reasonably supple and supportive travel, thanks to the recently upgraded GRIP damper.

The same goes for the rear end too. It’s not the most stable pedaling platform but its behavior changes for the better when charging downhill. It’s keen to open up and like the carbon models, it meets a healthy helping of mid-stroke support while keeping the rear wheel tracking comfortably through all of the chunk. Thanks to the solid damping, this bike kept things cool, calm, and collected while hammering through the well-ridden tracks and rough corners nestled between Hindhead's mass of vegetation. 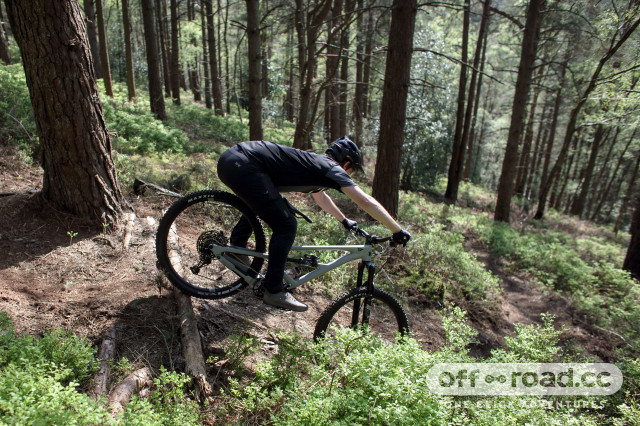 It's clear that YT has saved some cash with the drivetrain. The NX kit feels like a bit of an outlier when taking the whole build into consideration performance-wise. Shifting is a little sluggish and gear changes lack finesse but the kit works and allows the rider to benefit from most of what more expensive drivetrains have to offer, at a lower price, namely a similar range over 12 gears. However, where brands like Canyon are kitting bikes like the Spectral 29 AL 6 with SRAM GX shifting at less than £3k, it would have been nice to see something similar on the CAPRA Core 2.

Our man at YT admitted that the brand did hold back on the drivetrain a bit but actually, it was done with very good reason. Drivetrains wear and that offers a very good opportunity to upgrade. There is an issue here though, and that is to upgrade within SRAM's ecosystem, you'll be going up to GX which means also shelling out for an XD freehub when fitting the GX cassette. Though upgrading the drivetrain needn't be a priority because as I've said, the NX shifting works well enough, this is just where my inner drivetrain snob is trying to make a break for it. Again, the brand has saved some money here but has spent it elsewhere, like the cockpit, where you won't see any own-brand kit, apart from the dropper lever. Oh, and that wheelset. 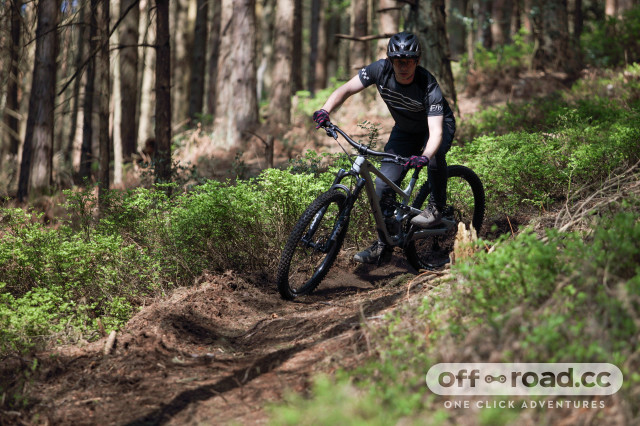 As I'm already on the subject, it’s really nice to see the Crankbrothers Synthesis rims here. I’ve mentioned before that they’re laced to lower-level hubs and the freehub’s engagement does lag a little compared to pricer hubs but it’s all workhorse stuff here and it’s a small price to pay for such a wheelset. What's cool is that these rims are designed specifically for use at the front and rear of the bike, with the front being built with fewer spokes and a wider width with the aim of creating a more compliant wheel and a fatter tyre profile. The rear gets more spokes for strength and a narrower width which results in a rounder tyre profile for lower rolling resistance.

Without beating around the bush, the CAPRA Core 2 isn't the longest enduro bike around with its 467mm reach on this large frame but as I touched upon in the Core 4's review, this is rather a good thing if you're not one for a long ol' enduro bike, but you want long travel suspension. The shorter reach means, that regardless of the nice 64.2° head tube angle, it's not the most confident down mega steep sections of trail but when things get twisty it's keen to get leant into corners. The slack head tube angle does claw back some stability once the speeds ramp up, however. 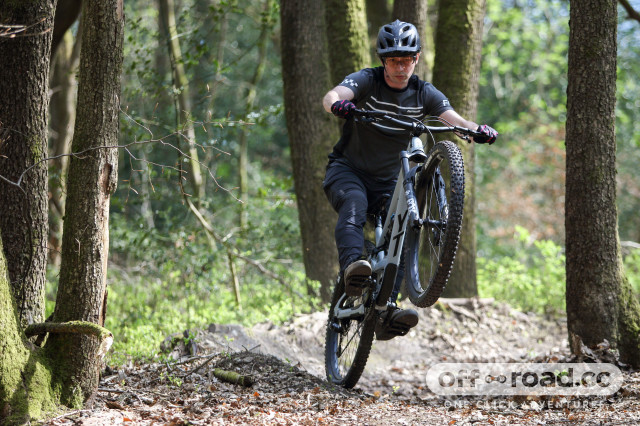 While relatively short compared to other enduro bikes on the market, when paired with the 77.6° seat tube angle, the CAPRA Core 2 is a comfortable bike to sit over and it doesn't take much of an adjustment period that'll you'll likely find when the reaches stretch. Never during my brief time with the bike did I feel uncomfortable or awkward. Although, just like with the Core 4, I felt that the seat tube was a touch on the tall side, as I was often reminded of the saddle's whereabouts when tackling steeper switchbacks.

What's really impressive is that the ride characteristic has translated almost flawlessly from the carbon model to this new alloy bike. Yes, the cheaper componentry isn't as adjustable, quick to engage, or luxurious but the Core 2 is more than £2k off the price of the bike I've previously tested and it still performs incredibly well considering. The fact that the CAPRA foundation rings true regardless of the frame material and asking price is a big win.

The YT Industries CAPRA Core 2 brings the capability and accessibility of the CAPRA platform to a much friendlier price point. While the componentry might not be as refined as what’s found on the Core 3 or 4 models, YT has done an impressive job of spending the money where it’s needed and saving it in places where it’s perhaps not quite as important. For those looking for a solid stepping stone into enduro racing or just someone who wants a long legged trail bike that's primed for upgrades, the CAPRA Core 2 looks to be a very valid contender.