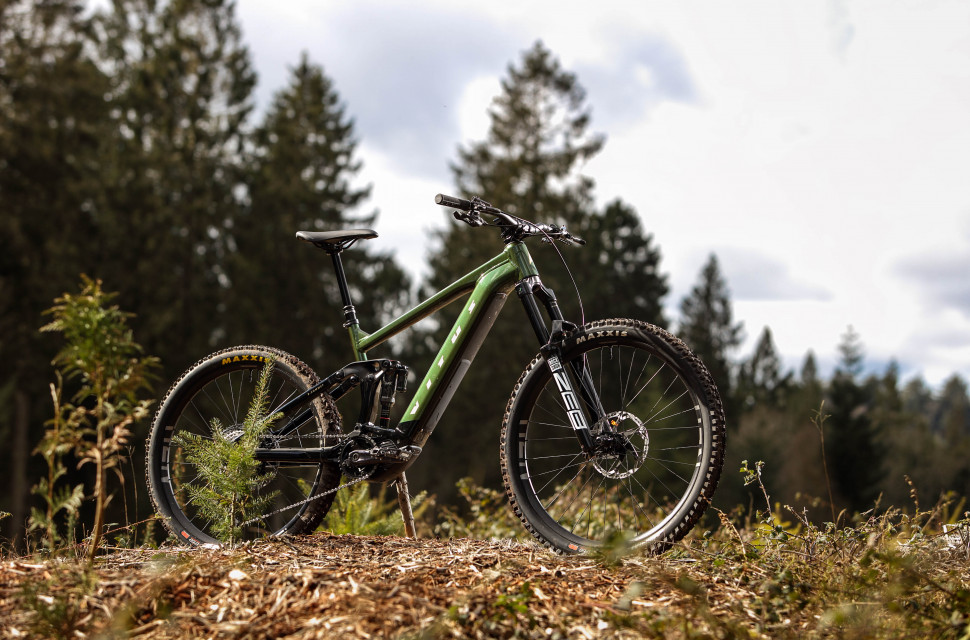 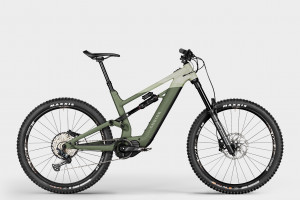 There's nothing quite like an enduro e-bike, they come with the suspension to get you downhill blisteringly quickly while having the luxury of pedal assistance to get you back up almost as quickly. Here, we've got Vitus's E-Sommet VRX fresh for testing and it comes sorted with top-end bouncers and a Shimano EP8 motor all for a pretty good price.

The Vitus E-Sommet VRX, often seen firing the likes of Rob Warner up and down hills, is the brand's biggest and burliest e-mountain bike. It's designed to help riders explore their limits without overstepping the boundary, take on big tech, and make light work of getting as many runs in as possible. 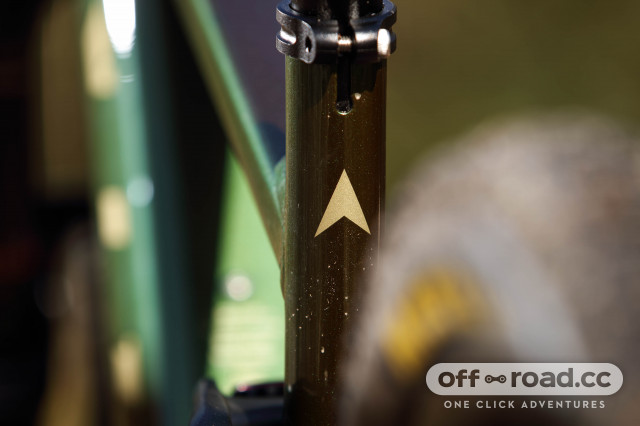 Getting the elephant out of the room, yes, this is a mullet bike. Though Vitus has done this for the extended clearance over the rear of the bike, so you'll buzz your bum less, and make use of the little wheel's known responsive characteristic when the corners get tight. Of course, this setup allows the bike to take advantage of all of the good stuff that the bigger wheel offers, so that's the increased rollover and its ability to pick up momentum. 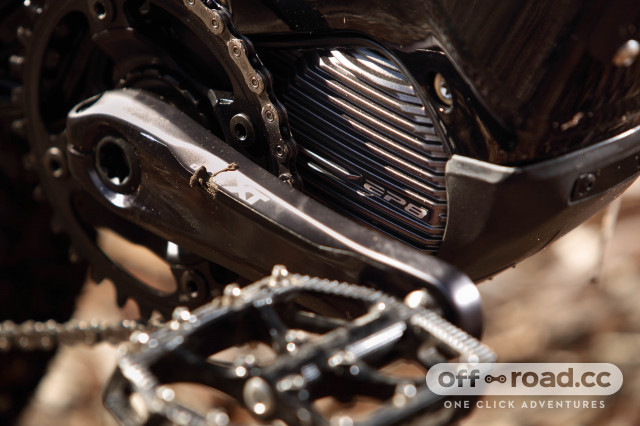 Built within the E-Sommet VRX's double-butted alloy frame is Shimano's STEPS system, including the EP8 motor and a 630Wh battery that's kept neatly in the downtube. That motor kicks out a maximum output of 250W with a maximum torque of 85Nm.

It comes offering three modes of assistance, Eco, Trail, and Boost along with a walk mode. The first and last most speak for themselves but Trail is actually rather cool as it's very much the best of both worlds. That's because it's reactive to your pedaling. For example, if you're taking it easy and not putting much in, the motor will chill out too, only summoning up a smidge of assistance. Put the power down and the motor will seriously kick in, reacting with much more power. The result is a motor that works with your pedaling to deliver its power naturally.

The frame itself then comes with internal cable routing, post mount disc brake mounts, and Boost hub spacing. There's also space in the front triangle for a bottle cage.

Against the previous iteration of the E-Sommet, the geometry has seen a bit of an update. We've got the bike in a large which is built with a 478mm reach. Around the frame, there's then a 64° head tube angle, a 77.5° effective seat tube angle, and a 442mm chainstay. Those are definitely enduro bike numbers. The bottom bracket has been dropped too in a bid to aid techy climbs and the steeper seat tube gets steeper as you go up in the size range. This has been done so that each frame size offers the best-sagged saddle position, says the brand. 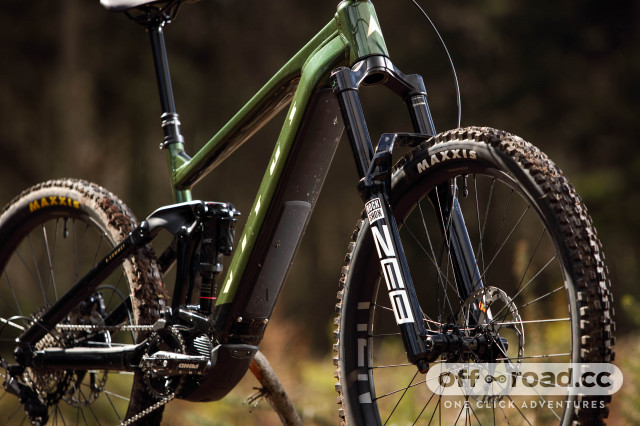 Moving onto the kit found on this bike, 170mm of travel is handled by a RockShox ZEB Ultimate fork and a RockShox Super Deluxe Ultimate RCT has 167mm of squish covered at the rear.

Driving the bike is a Shimano XT 12-speed groupset and the bike is slowed by matching four-pot brakes. Those are paired with 203mm rotors both front and rear. 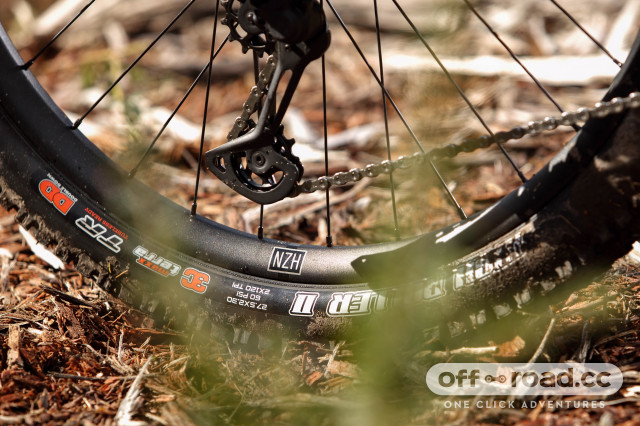 On this bike, we've got a pair of Nukeproof Horizon wheels which are shod with rubber from Maxxis. At the front, there's a 2.5" Assegai Wide Trail with a 3C MaxxGrip compound and a burly Double Down casing. At the rear, there's a High Roller II with a MaxxTerra compound and equally as strong casing. 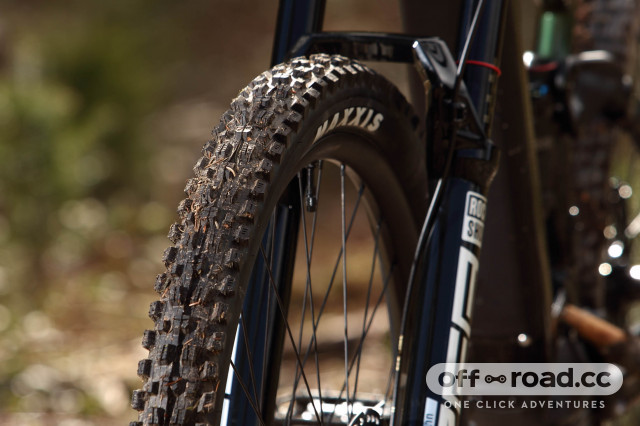 Nukeproof has the rest of the build kit sorted too, which includes a Horizon V2 Riser bar in an 800mm width, 25mm rise, 9° back sweep, and an alloy build. That's complemented with the Horizon stem in its 50mm length and there's a Nukeproof Horizon Enduro saddle with steel rails. The dropper post on this bike then comes from Brand-X with the budget-friendly but rather great Ascend dropper. On this size bike, it comes with 170mm of drop. 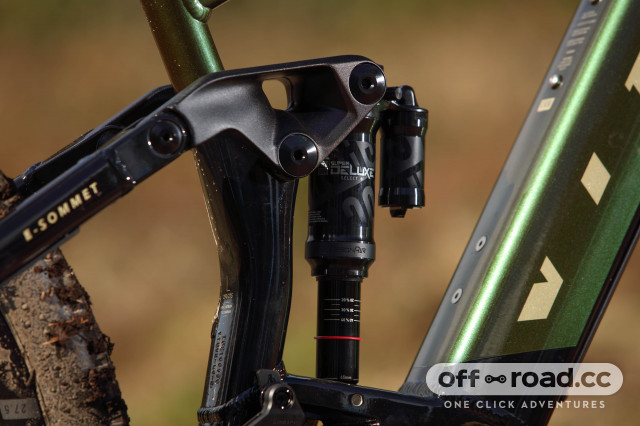 Having recently had a go on Yeti's £12,000 160E I'm looking forward to seeing how the somewhat similar Vitus E-Sommet stacks up at more than half the price so be sure to check back in a few weeks to see the full review.