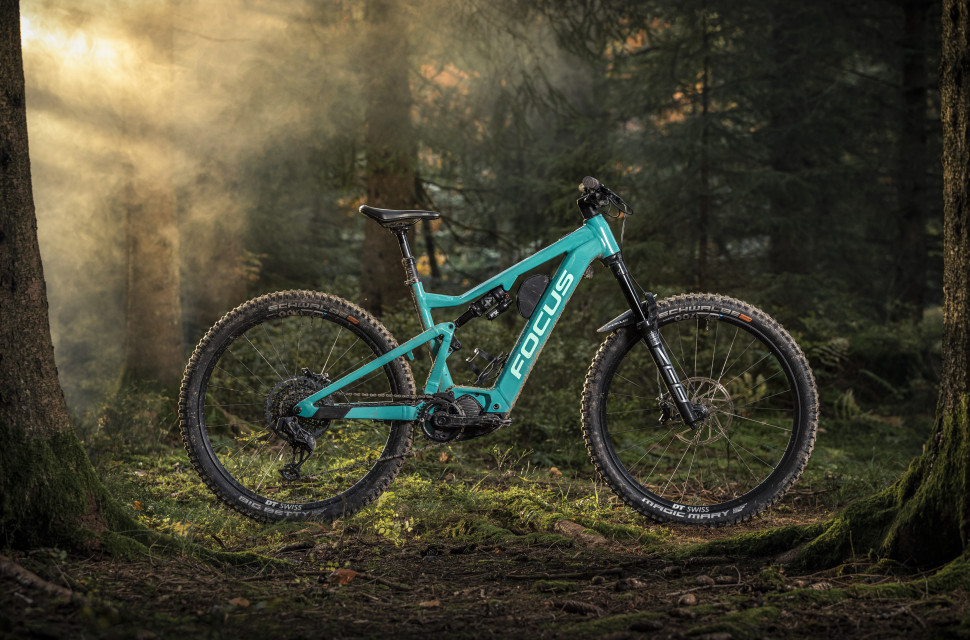 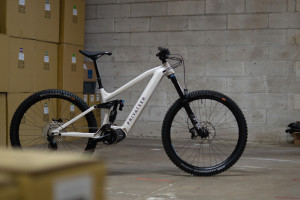 Focus reckons that e-bikes have the power to make people happier than ever before. As such, the brand has unveiled the new JAM2 7. Series. The new bike gets a Shimano EP8 motor and a mega adjustable geometry. Read on for all of the details.

Focus' new JAM2 is designed to take riders to their own, individual happy place be it screaming through downhill runs, mid-air, and conquering scenic climbs. To that, the new JAM2 7. Series is built with integration in mind. 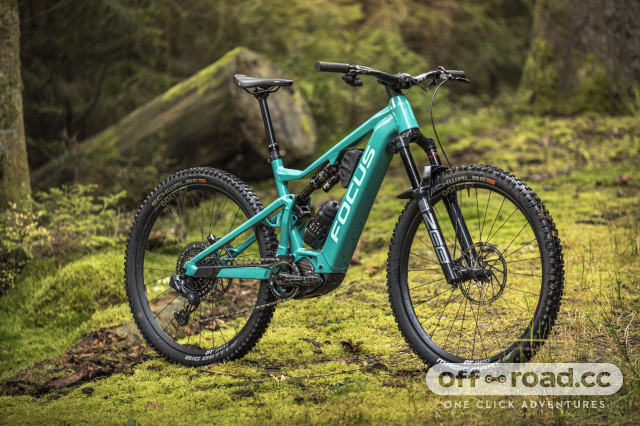 The brand has developed its own battery system with a 720Wh, fully integrated battery that's said to be easy to remove with external and internal charging options. Then, there's a tool bag available that sits in between the top and downtube. It's big enough to carry a tube, a mini tool, and a small pump. It's fixed to the frame with two bolts on the downtube.

Carrying on with the theme of integration, the JAM2 7. Series comes built with a USB-C charger enabling riders to charge GPS units and phones. There's also a super small kickstand adapter so the bike can be fitted with an 18mm kickstand if that's what floats your boat. 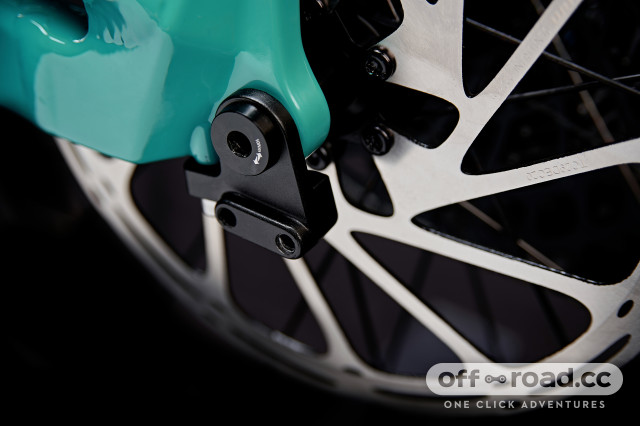 Of course, the cables for internally routed but Focus does it in a different way. The new bike makes use of the brand's C.I.S cable integration system. That means all of the cables are routed through the stem, keeping everything tidy and all lovely looking. It doesn't force you into using that stem, however, as the bike can be fitted with your favourite standard stem but the cables still get routed through the headset.

Another neat trick found on the JAM2 7. Series is that Focus has developed a bottle cage adaptor for use with piggyback shocks. It's no secret that the additional reservoir on a piggyback shock takes up extra space in a bike's front triangle, but thanks to that adapter the bottle's position can be shifted to accommodate both a bottle and a piggyback shock. 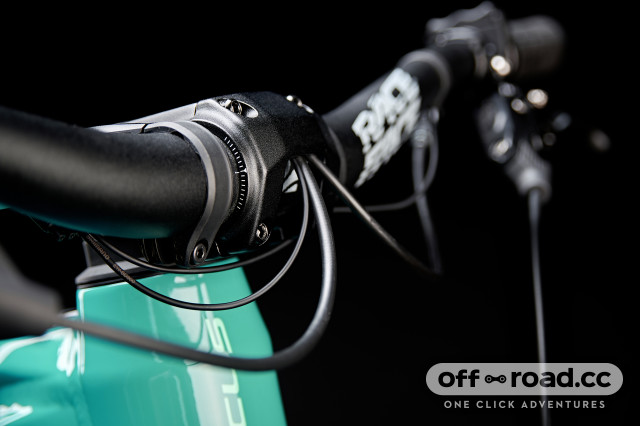 On the subject of frame features, the new bike gets a fork bumper sat underneath the downtube, by the head tube. This is to protect the bike from damaging itself after being flung down a hill sans-rider by stopping the handlebar from coming into contact with the top tube. Oh, and before I forget, the bike's assistance comes from a Shimano EP8 motor.

Of course, as a Focus bike, the new bike benefits from the F.O.L.D suspension platform that was developed to offer a smooth and sensitive ride with great bottom-out resistance. It's built with two types of riders in mind. The brand says that more experienced riders will enjoy the active feel of the bike that responds well in fast corners and with quick movement. Then, less experienced riders will appreciate the control over the bike while its feedback doesn't overwhelm the rider. 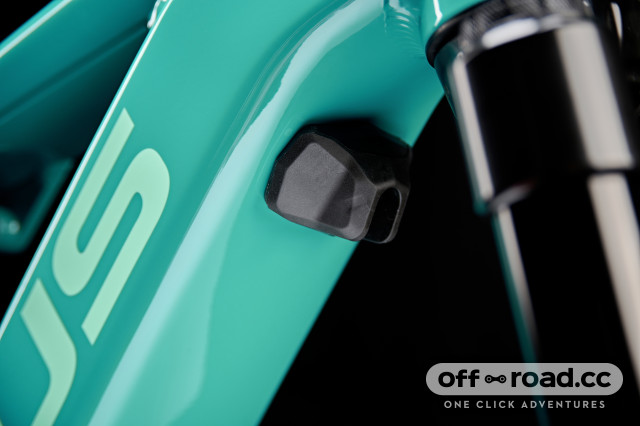 It's said that F.O.L.D also offers a super low standover height, an improved centre of gravity and offers the opportunity to run longer dropper posts.

Then the bike runs a geometry adjusting flip-chip which slackens the angles by half a degree, lengthens the chainstay by 1.5° and drops the BB by half a millimetre. The reach is also altered by 5mm.

There are three models of the JAM2 on offer with the top end JAM2 7.0 bike seeing suspension from RockShox with a ZEB fork and Fox Float X Performance shock. Then there's a SRAM GX Eagle AXS drivetrain and tyres from Schwalbe in the form of a Magic Mary and Big Betty. 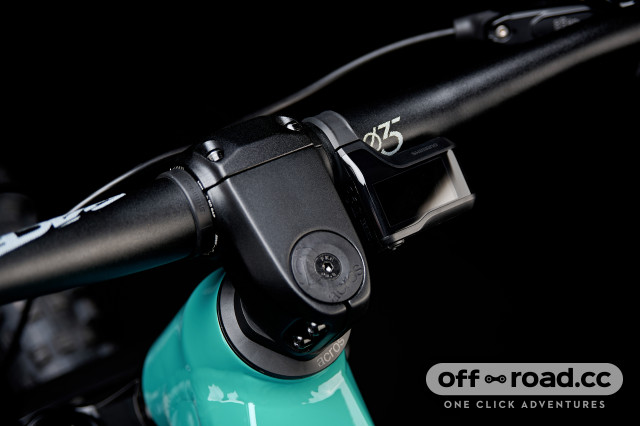 Drop the price a little and there's the JAM2 7.9 that comes with a Fox 36 Rhythm fork and Fox Float X Performance shock. This one gets Shimano XT shifting and Maxxis tyres with a pair of Minion DHR IIs.

Rounding up the range is the JAM2 7.8, which comes sorted with a RockShox 35 Gold RL fork and a RockShox Deluxe Select shock. Shifting comes from a Shimano SLX drivetrain and like the 7.9, there's a pair of Maxxis Minion DHR IIs.