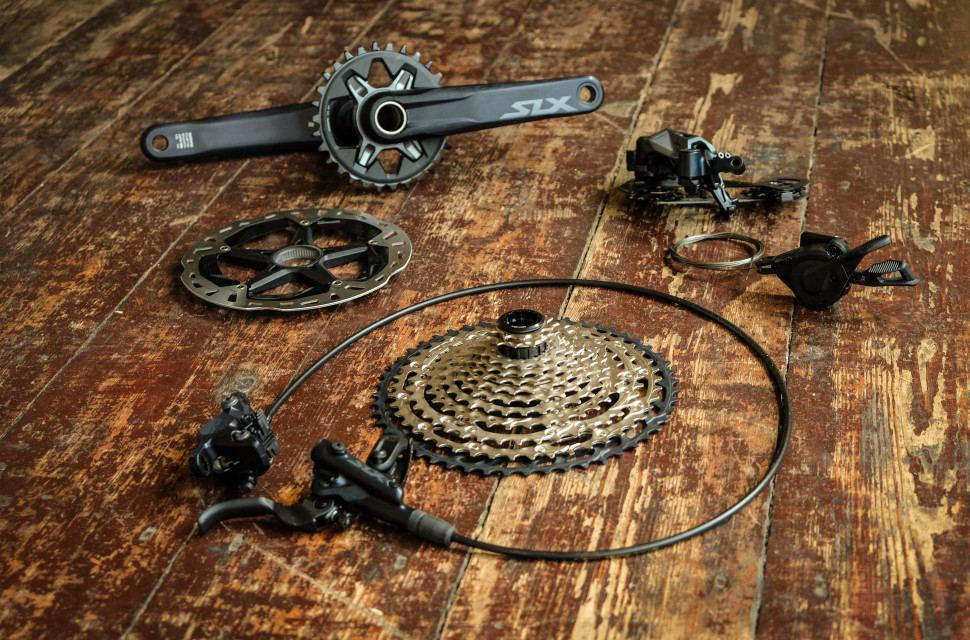 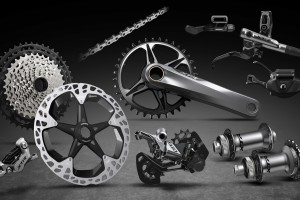 There have been all kinds of Shimano goodies kicking about the office over the last two weeks. We've got one of the brand new M7100 SLX groupsets in ready to test on one of our long term bikes. We've also got some new GRX gravel gear in, so if drop bars are more up your street, make sure you check that out too. For now, here's everything you need to know about our 1x SLX set up, plus weights and prices for each component.

The new SLX groupset was launched back in May this year alongside the new XT level 12 speed groupset. It was also about this time coincidentally that our Jon received the new XTR (launched last year) to test too. Receiving the SLX kit just three months after launch probably means that you will see it in the shops and be able to get your hands on it soon too. As is usual, the technology you see here has been trickled down from the flagship XTR drivetrain, decreasing the cost as it does so and making the gear more accessible to the masses. 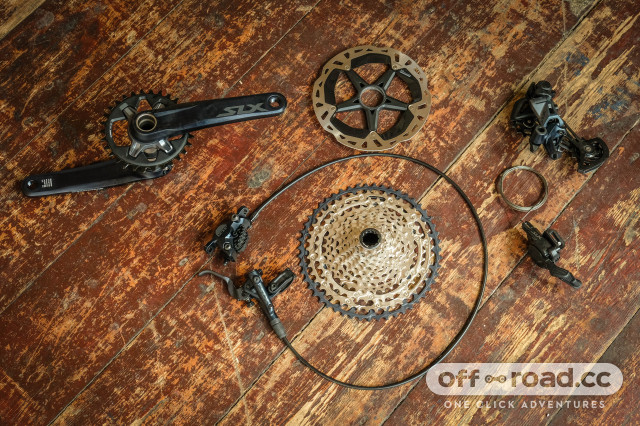 The single ring SLX option is available with 30T, 32T and 34T direct-mount chainrings on offer (no 28 or 36T, for those you'll need an XT chainring), all of which are interchangeable between XTR, XT and SLX. It might look like there is a spider mounted to this chainring but it is part of the one piece chainring. 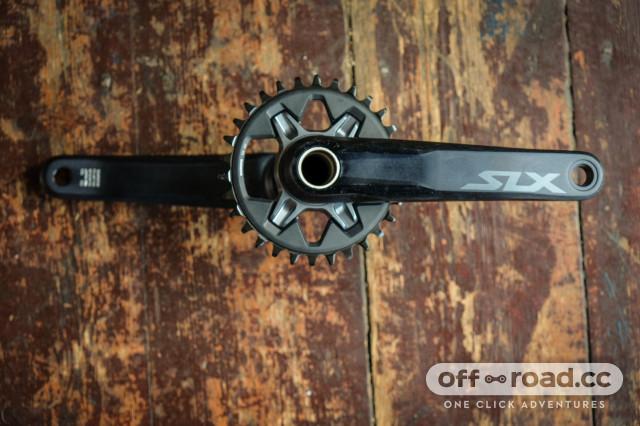 There are 165mm, 170mm, 175mm and 180mm length arms and there are both Boost, non-Boost and 157mm 'Super Boost Plus' spacings on offer. We have a Boost set here with 175mm cranks and a 30T chainring, currently only the longest of cranks are available with more stock due. The single chainrings use Shimano's take on narrow-wide teeth, which they call Dynamic Chain Engagement+ and the crankset gets hollow forged aluminium crank arms. 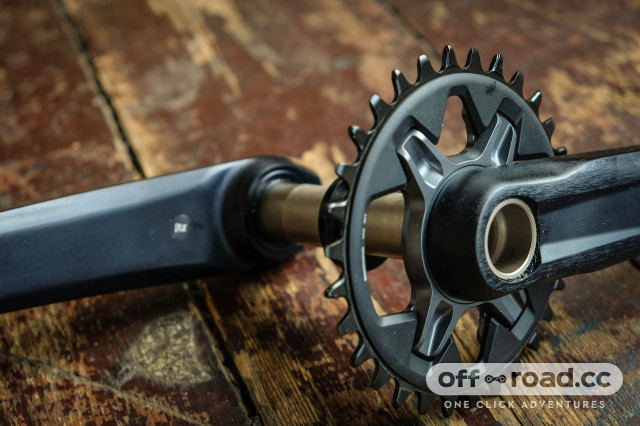 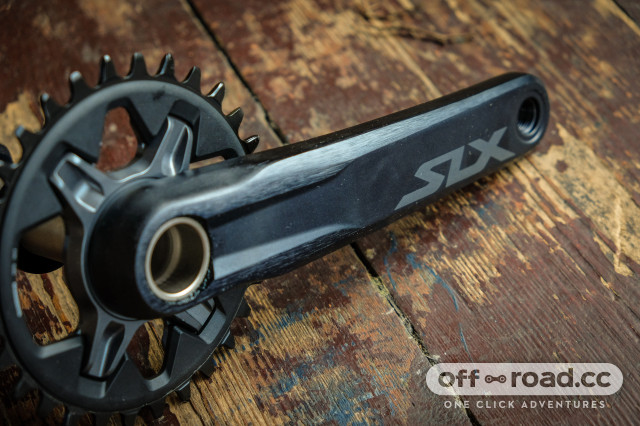 The new SLX 12 speed uses a 10-51T cassette, you 10-45T option if you prefer tighter steps to overall range, its the former we have here. ​The cassette both features an aluminium spider with 11 steel sprockets mounted to it with the largest sprocket being aluminium. 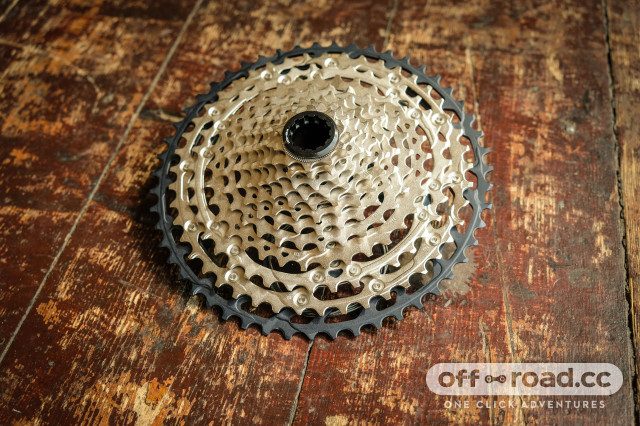 Cassettes uses Shimano's Hyperglide+, which consists of finely detailed ramps on the sprockets to aid smooth shifting and overall quietness and refinement. The science here is that the Hyperglide+ ramps ‘hold’ the chain in place before it engages with the smaller cog, giving a smoother transition down between gears. 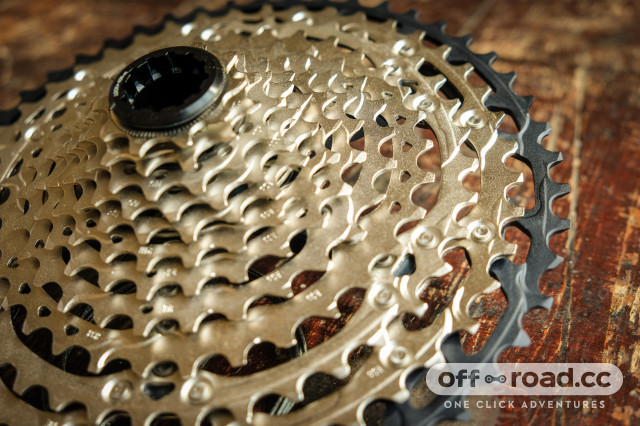 All require the specific Micro Spline freehub interface that Shimano licenses out to specific manufacturers, as well as offering their own hubs. You can check out what hubs are compatible here. 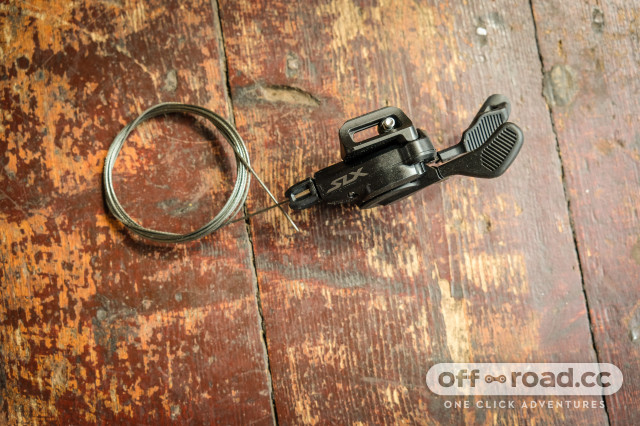 The XT shifters have a nice little rubberised pad on them bu the SLX lacks this It's also possible to do multiple shifts down the cassette with the Multi-Release feature on XT, while SLX is limited to one gear down the block at a time. 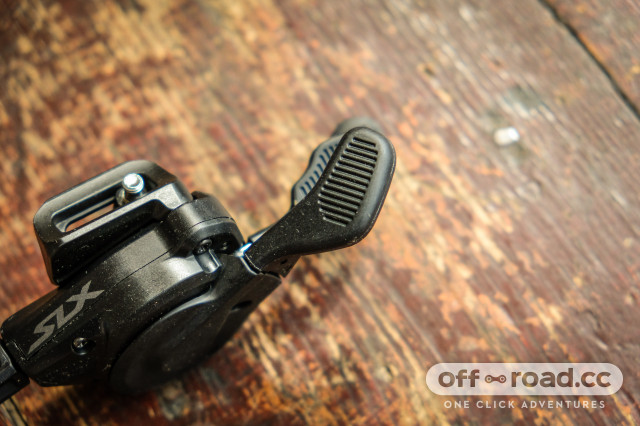 The wider range, of course, necessitates a new mech design. It gets adjustable tension, switchable clutches across both XT and SLX, 13 tooth pulleys and there is a longer 1x model and a shorter 2x mech.  XT and the SLX models do differ slightly, they look visually different and the pulleys of the XT derailleur come with ball-bearings rather than bushes as for the SLX. 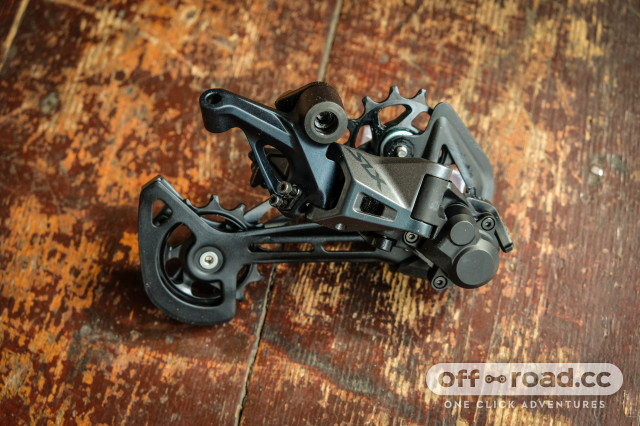 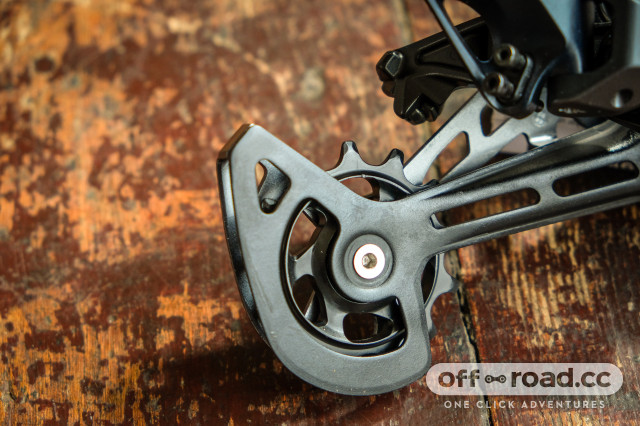 There are both two pot and four pot options calliper wise. All get a tool-free bite point adjuster at the leaver and all the callipers, whether two or four piston, are interchangeable with the XT levers, so you can mix and match to your heart's content. 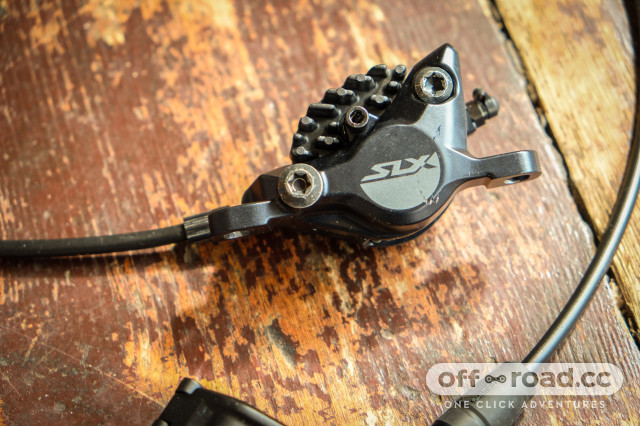 Like the XTR four piston levers the SLX lever gets the little bracing nubbin on the inside of the lever, this braces it against the bars to add stability. 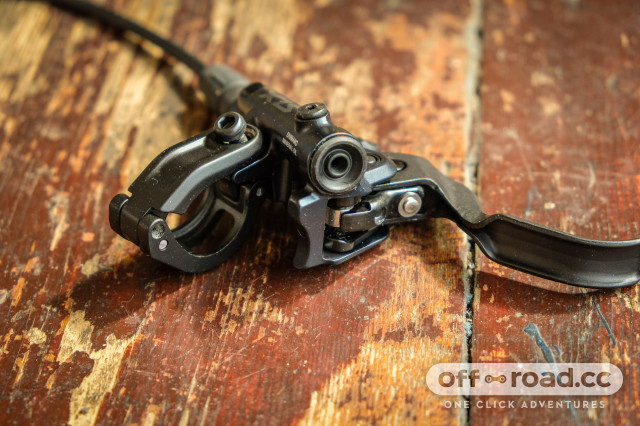 SLX (SM-RT70) only has a dedicated six-bolt, all-steel rotor, so you'll need the XT one if you want to run Centrelock. 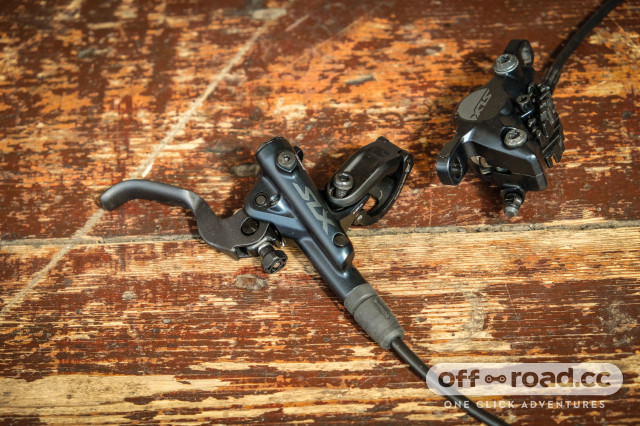 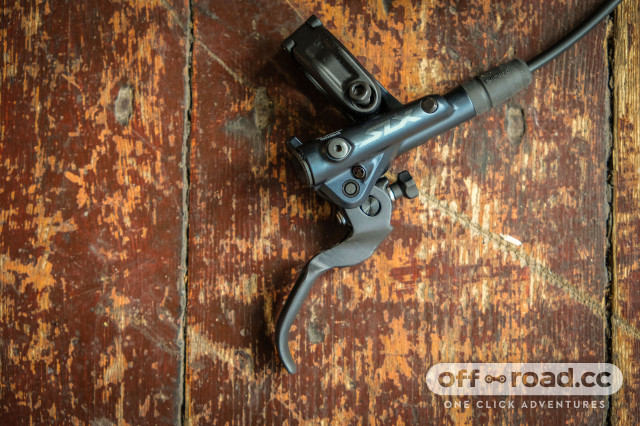 According to our rudimentary maths skills (rounded up to the nearest pound) we come to the sum of £578 and we found that the whole lot in this spec weighs 2,852g.
We will be sticking this little lot on a test bike near you soon and letting you know how we get on.