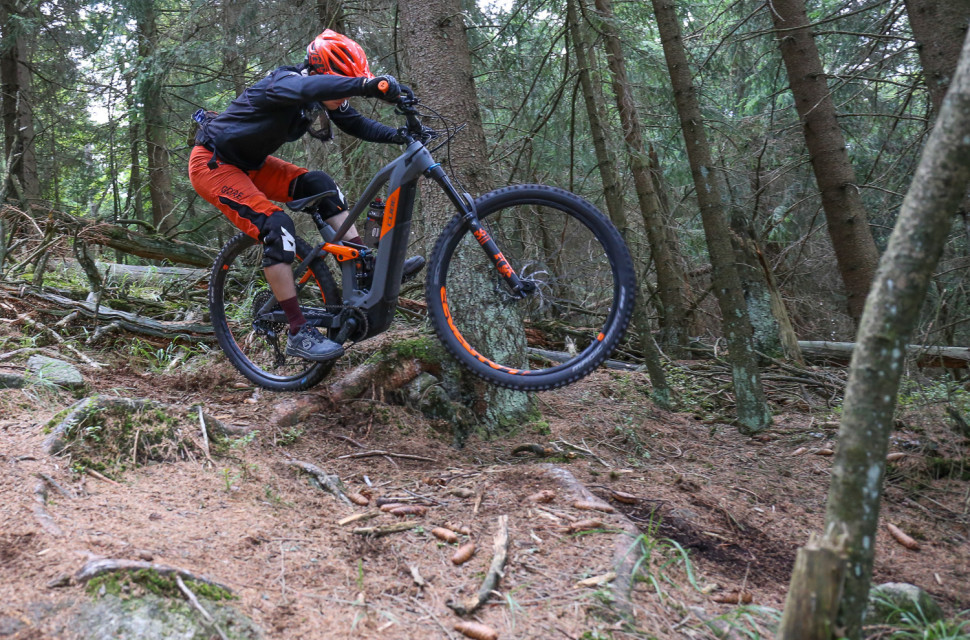 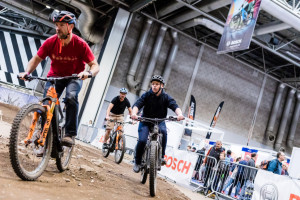 Cube was an early adopter of e-MTBs and this latest generation of the Stereo Hybrid shows how much the brand has learned in that time, offering a well-integrated Bosch drive unit with chunky 625Wh internal battery. This carbon framed Trail Motion model is covered in well thought out kit and offers very good value as well as a fun and engaging ride character.

As with all Cube bikes, the name gives a good idea of what you're getting; in this case it's the 140mm travel version of the full-suspension Stereo e-MTB with a 'High Performance Composite' carbon fibre main frame and 29" wheels. The 'TM' bit signals that it's part of Cube's Trail Motion lineup, which consists of bikes that are specced to offer a slightly more aggressive ride at a sweet spot combination of value and riding performance; this bike getting a 150mm fork rather than the 140mm seen on other bikes. 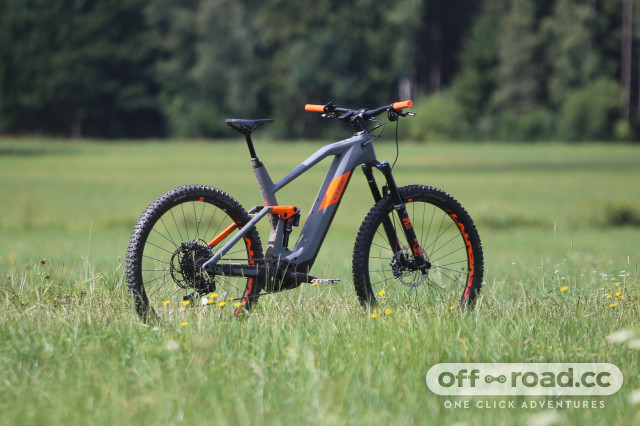 While £4,699 isn't a small amount of money, it's a pretty reasonable asking price for an e-MTB with the new, fourth-generation Bosch Performance CX drive unit and a whopping 625Wh battery in a composite mainframe and alloy rear. There's rather smart battery mount and cover system that's said to help reduce motor and battery servicing time by fixing the battery to a skeleton rail inside the frame rather than the frame itself. 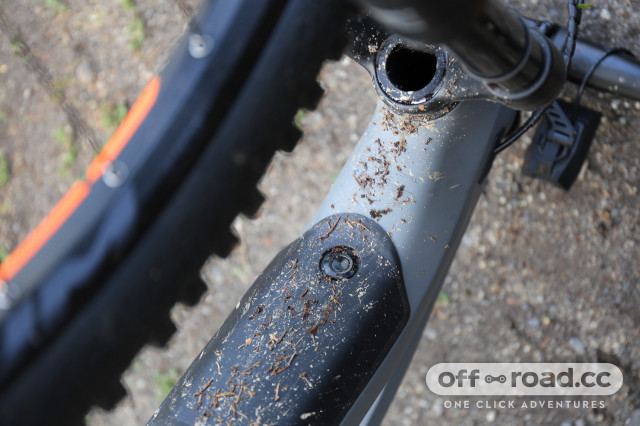 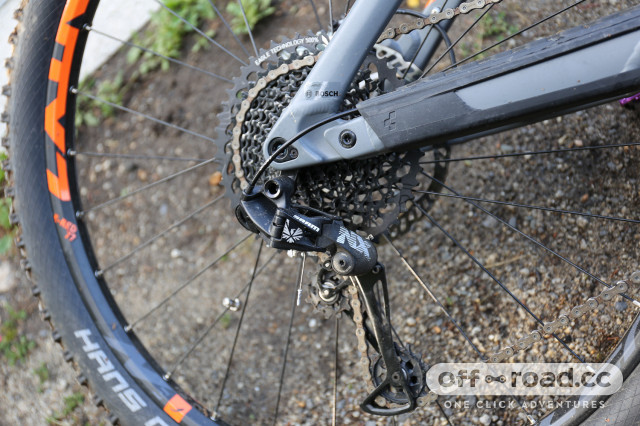 The equipment is functional without being flash - Fox's GRIP damped 36 fork is paired to a piggyback-equipped DPX2 shock controls the 140mm four-bar rear suspension and the drivetrain is SRAM's 12-speed NX Eagle group with a 10-50T cassette plus an e*Thirteen crank up front.

Fulcrum's E-Metal 700 e-bike specific wheels are shod with Schwalbe rubber; it's good to see both front and rear tyres get the chunky Super Gravity casing and the front Magic Mary is both spikier and stickier than the rear Hans Dampf, providing plenty of grip without range-killing drag. Magura's MT7 four-piston brakes do the stopping with 203mm rotors at either end. 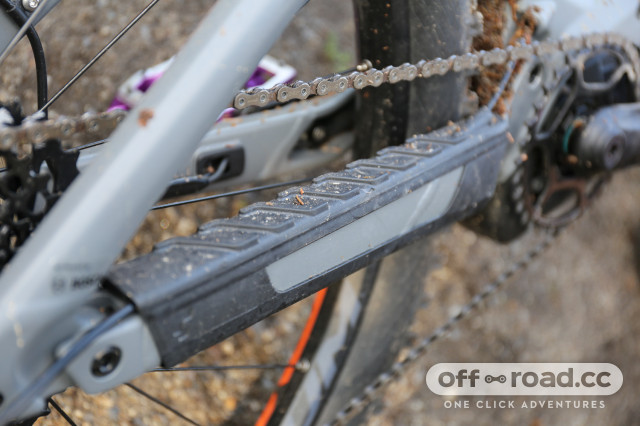 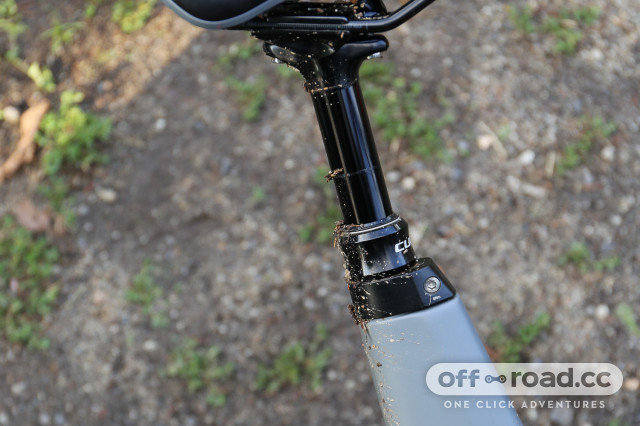 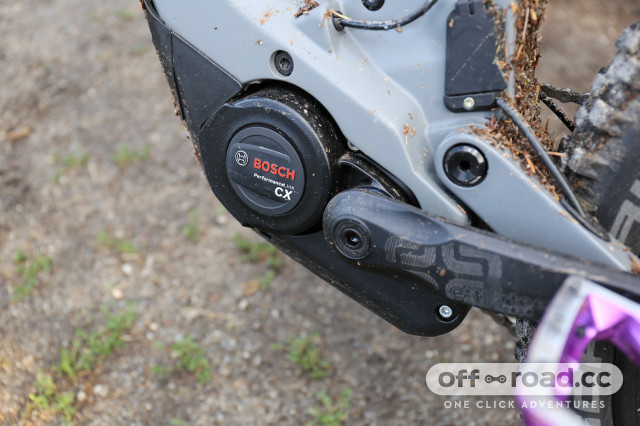 When compared to how its longer-travel 160 stacked up on paper, I was expecting to be somewhat underwhelmed with the mid-travel Stereo Hybrid. After a solid day of thrashing it around Cube's local trails, I came away really rather impressed with the overall ride and feel of the bike; it's genuinely fun and involving and that's not something you can say about all e-bikes.

It's a bike that has a surprising amount of pop and agility to it, which I suspect is partly down to the decently progressive feeling rear suspension which gives good support for when you want to load and then lift the bike over obstacles. I think the other reason it's such good fun on the rocky and rooty trails is that the thing I was worried about not getting along with in the first place; the short-reach geometry, which actually works pretty well on a bike like this.

There's no doubt that a longer bike - both in geometry and travel - feels more composed in super rough or steep terrain, but the fact it's an e-bike means the weight in the chassis does an awful lot of the work to add in straight-line stability. The weight essentially makes the reach and wheelbase less critical for feeling stable that it would be on a normal bike, the relatively short wheelbase and not hugely slack head angle meaning the 140 is still easy enough to jink it around small trail obstacles but doesn't feel nervous or easily deflected in the rough.

I do suspect what we were riding might have played to the bike's strengths a fair bit - the riding around Cube's Bavarian HQ is mega rough and rooty, with plenty of not hugely steep but very technical riding. It's somewhere that being able to pop your bike into the air to double up some particularly tasty rocks is a big benefit, but without much in the way of prolonged steepness or super tight turns and switchbacks, where you might start to want more length in the front and less in the rear.

That said, if that's more your scene, then the Stereo Hybrid 160 is probably much more up your street, with a shorter 442mm stay, marginally longer 460mm reach, steeper seat angle and slacker head angle making it more suited to those that want to get to the top only to thrash down the steepest stuff they can find. 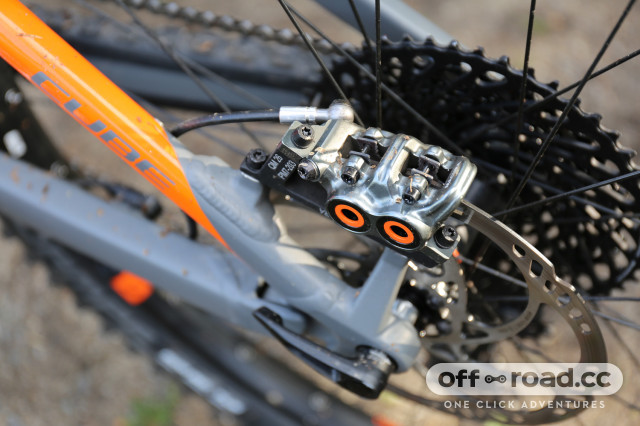 Spec-wise, it was all good save for the rather noisy Magura brakes - I suspect the fact the calliper uses four individual pads means there's more chance of a sticky piston causing the noise that followed me around all day. The Bosch drive unit is prodigiously strong, the eMTB mode feels natural and the big new battery offers a range that'll probably leave you as the limiting factor on riding time unless you're really keen. The little Kiox display unit offers lots of in-colour info but it's not quite as sleek as Shimano's display in my opinion. 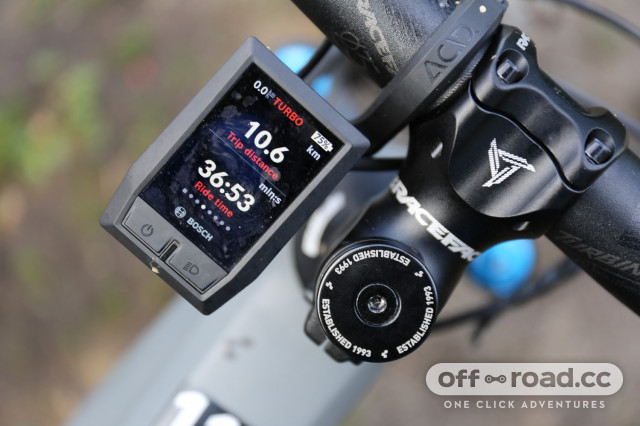 Our test bikes all seemed to suffer from a slightly clunky, rattly noise when riding in which I tracked down to coming from the drive unit's chainring freehub rattling back and forth as the chain tightened and slackened with the suspension action. Apparently, we had early drive units and Bosch is aware of the issue and working on a fix; none of my colleagues has reported a similar issue on the new Bosch bike they've ridden so I'm inclined to believe this. 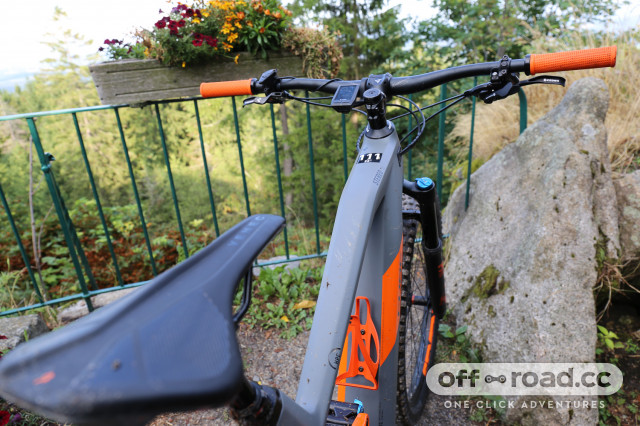 If all-around assisted trail riding rather than super steep plummetting is your scene, the Stereo Hybrid 140 fits the bill really well. On my day aboard it, it was a whole load of fun and felt lively in a way many e-MTBs don't, though it'd be interesting to see how it stacks up on a wider variety of trails.

This Trail Motion model adds a slightly more aggressive edge that'll work well in the soggy and sloppy UK conditions too, with the longer fork and more aggressive front tyre helping it stand out in the (wide) range. It's great value for money for a big battery equipped carbon e-bike and the kit (save for noisy brakes) works extremely well.