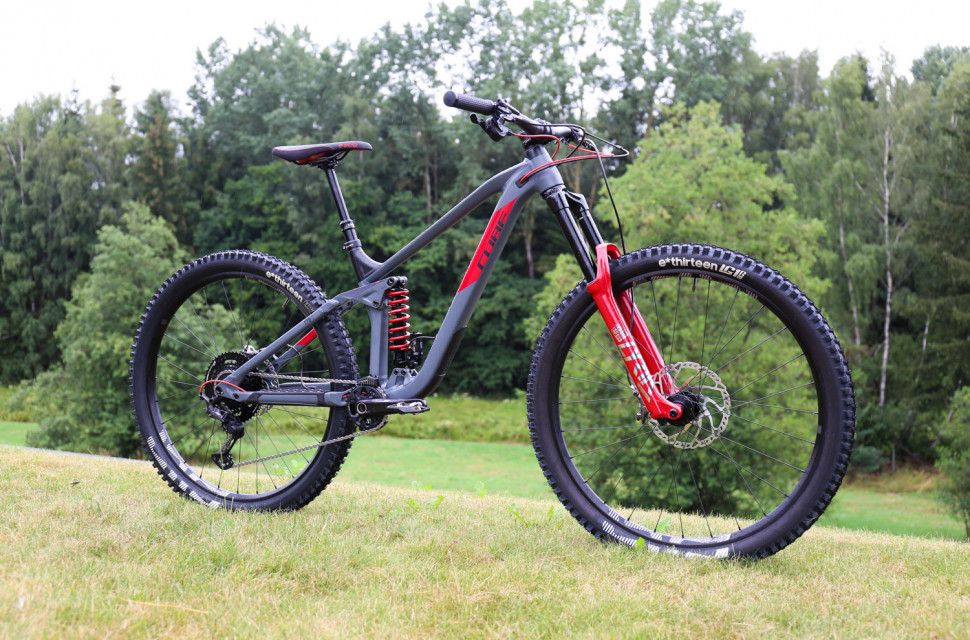 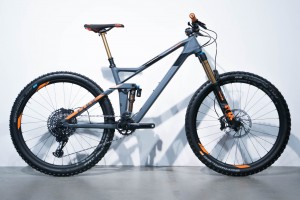 Cube's new Stereo 170 TM - that's Trail Motion - 29er is a hard-hitting enduro race-ready machine that offers genuine coil or air shock compatibility as well as tweakable geometry that's more aggressive than ever before. From an admittedly short test ride, it's a very promising and capable bit of kit.

The German brand has always offered extremely good value machines, though often with geometry that was a little more conservative than many. The new Stereo 170 HPA now delivers much more aggressive geometry in a range that still offers an impressive spec for a shop-bought bike, making it an interesting prospect for anyone in the long travel enduro/trail bike market. 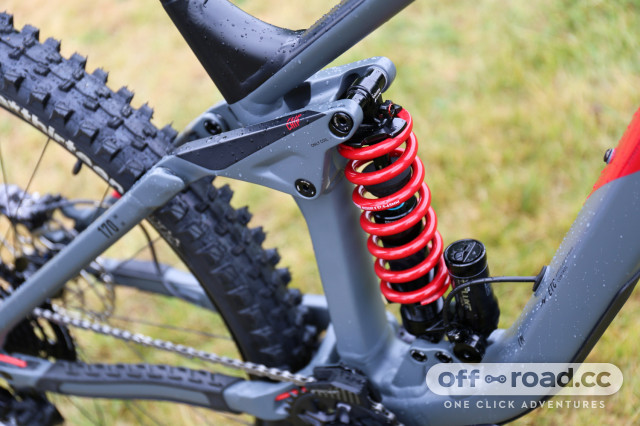 One of the big selling points of the new bike is that the 170mm of rear-wheel travel - delivered by a Horst-style four-bar linkage setup - has the ability to run both lightweight air shocks and a harder-hitting coil unit, thanks to totally separate shock mounts for either.

That's important because coil and air shocks have completely different characteristics. An air shock gets increasingly harder to compress the more you compress it; it's naturally progressive. A coil spring is linear; it takes the same amount of force to compress it a certain amount, no matter where it is in the stroke. 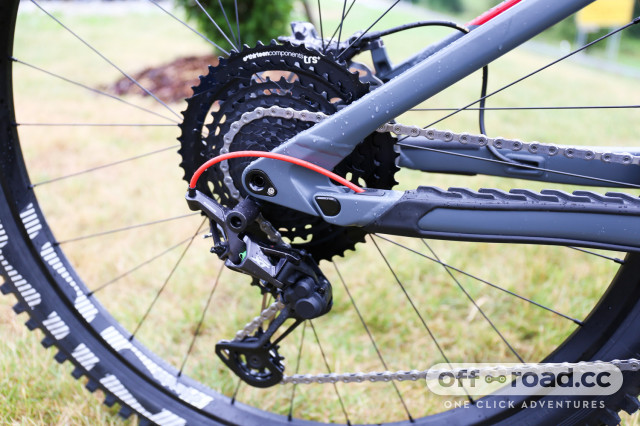 That has a knock-on effect for your suspension design. Simply put, if you design the bike around a coil shock, the linkage will need to have a high amount of progression built into it in order to prevent the bike from bottoming out the shock. If you run an air shock on a bike set up like this, you're very unlikely to be able to get full travel without running much more sag than usual.

The reverse is also true; a bike designed around an air shock will not have enough progression when run with a coil shock and it'll need to be run very stiff in order to prevent constant bottoming out, negating much of a coil shock's small bump performance benefits.

Cube has got around this by giving the bike two completely different sets of upper and lower shock mounts. The upper mount features a small flip-chip that can be reversed, while the lower mount is in a substantially different location on the frame. Both lower settings also have different width eyelet spacings, to prevent you from going to an extreme.

Much more aggressive - and adjustable - geometry 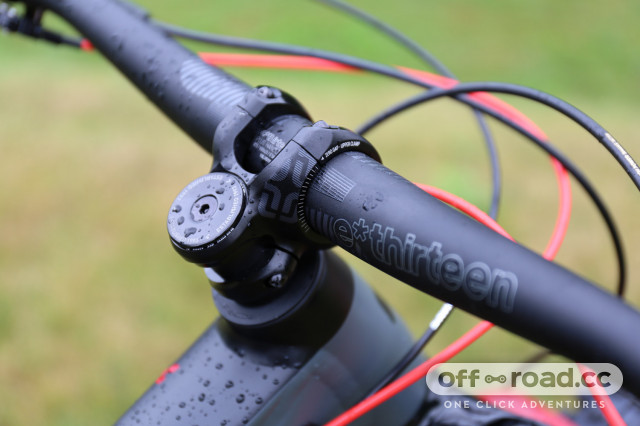 While the Stereo 170 won't be putting the likes of Pole and Geometron to the test when it comes to frame geometry, the three-frame size lineup has decent reach to seattube figures, with the middling large/20" bike having a seattube measurement of 470mm/18.5" for a reach of 464mm and the extra-large 22" machine sitting at 484mm of reach.

The head angle can be tweaked 0.6° from 65° in the steep position to 64.4° in the slack position, all using a rather neat angle adjusting headset that has locating tabs to keep things simple. The seat angle is also decently steep, being 76.7° when the bike is slackened out and 76.5° otherwise, while there are reasonably tight 435mm stays at the back. 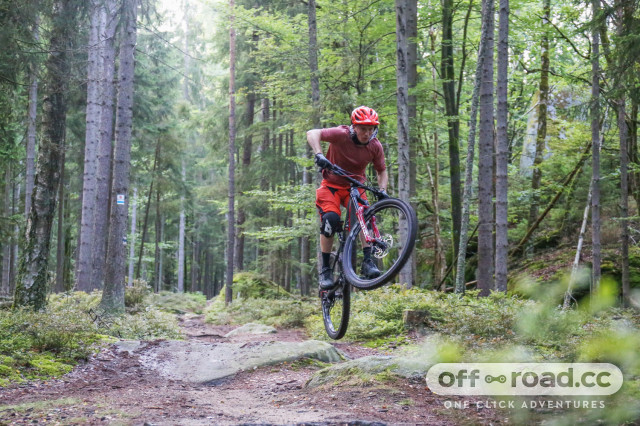 I managed to get a decent afternoon on the super rough and rocky trails that surround Cube's HQ in Germany on the £3,699 Stereo 170 Trail Motion. It's the top bike in the UK (Europe gets a lighter, more expensive SL model above it) and the only one that comes from the factory with the coil shock installed as standard - in this case, a RockShox Super Deluxe Ultimate with a remote lockout.

The RockShox theme continues at the front, with a 180mm travel Lyrik RC2 Ultimate fork. The £2,999 Stereo 170 Race - and that SL - both use a 170mm fork, but the Trail Motion models throughout the Cube range are always pitched as being for harder riders. 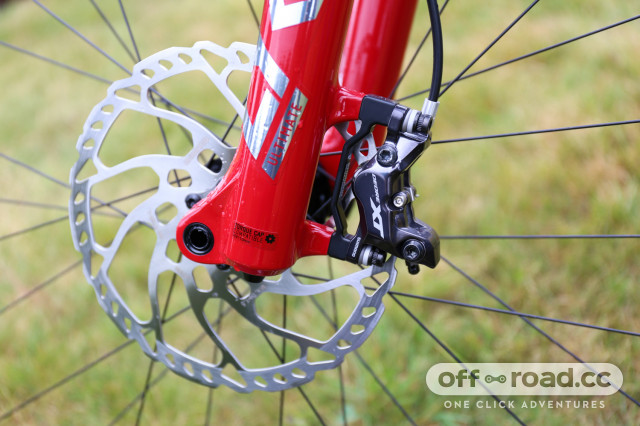 The 12-speed Shimano XT cranks, shifter and derailleur are joined by the new matching four-pot XT brakes, but e*thirteen supplies the rear cassette, wheels and tyre plus cockpit kit and Cube uses its own dropper post.

Opening with a grumble, I can't say I'm a massive fan of the LG1R tyres - they're not the fastest rolling and have a weird feeling on hardpack - but despite the rubber drag and weight of the bike, the Stereo 170 is a pretty competent climber for a big travel rig thanks to the upright seat angle, especially if you use the  convenient and natural feeling twist-grip lockout for the shock. 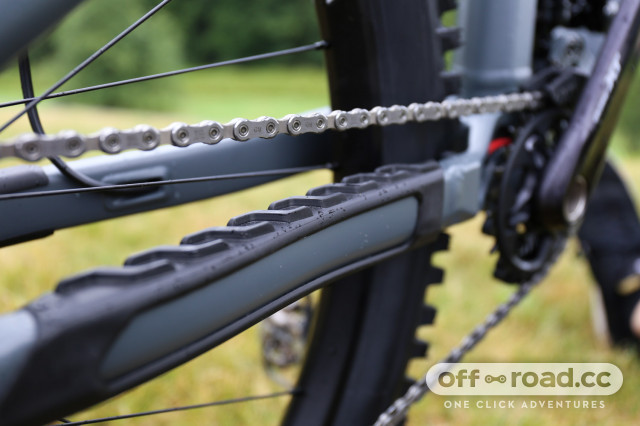 It was impressive uphill despite a fairly stern pace on an ever-steepening fireroad climb to the top. Once into the wet, root and rock infested trails, the bike was very composed despite the pinball nature of the riding.

The Lyrik fork is truly superb and the decently slack head angle - even in the steeper setting - meant it was easy enough to keep the bike going roughly where it was pointed, while the back end was very impressive in the way it maintained pitter-patter traction. Pushed harder, it delivered really impressive straight-line ability without being a soggy lump if the opportunity arose to pop the bike off a lip or try and double up some roots. 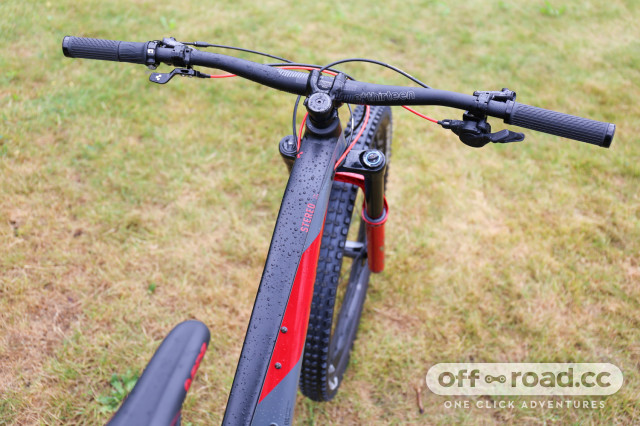 It's hard to know how the bike would deliver mid-stroke support in hard berms or progressive resistance to bottoming-out on big G-out compressions - they simply weren't any on the trails we rode - but for rock smashing and root traction ability, it was an impressive debut.

Obviously, I'd like to ride the bike more on home turf before coming to any firm conclusions - and it'd be interesting to try it with an air shock - but as it stands, the Stereo 170 TM does have a lot of promise if you're after a slugger than won't destroy your bank account.