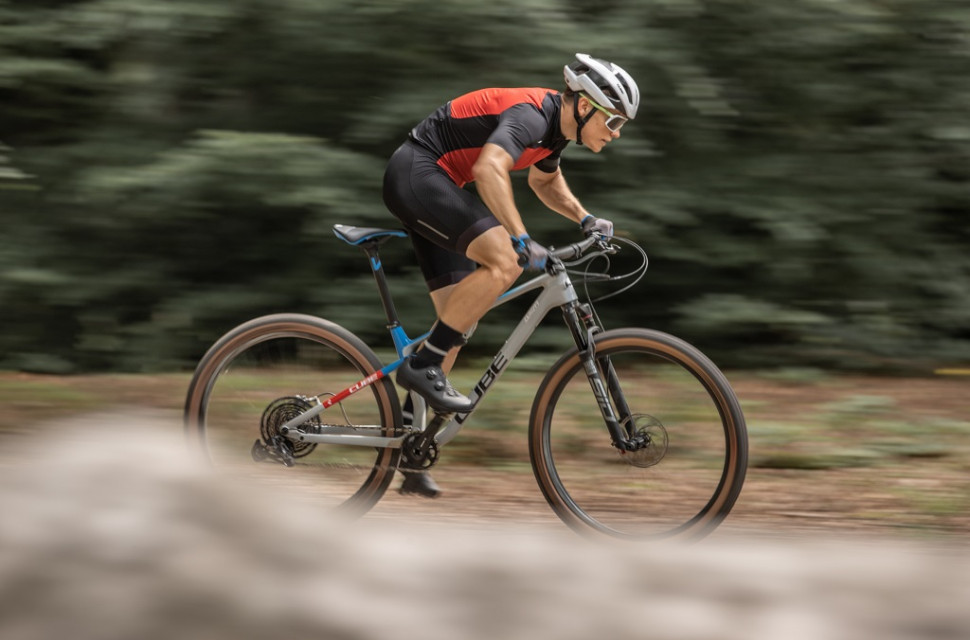 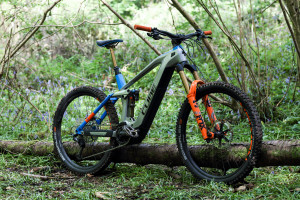 For 2022, Cube has given the whole range of bikes a pretty considerable overhaul. The brand's cross country bike has seen a name change with an additional model joining the line-up, the long-travel enduro brawler has seen a big update and there are a series of changes to the Stereo Hybrid range. There's a lot to go through here, so let's get started

The new Cube AMS takes the reigns as the cross country bike and it comes as two new bikes. Much like Merida's Ninety-Six, the AMS comes with a through and through cross country bike dubbed the ZERO99 and then there's a more trail-friendly or dare I say it... Down country bike, the ONE11. 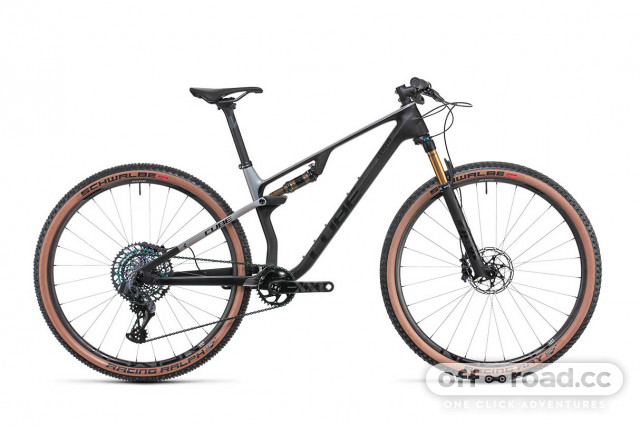 Both AMS frames have seen a 300g weight reduction thanks to the use of reduced tube diameters, so the frame is now claimed to weigh 1650g. They each also get two bottle mounts found on the downtube and remote lockouts for both the front and rear suspension on all models.

They also get an angle-adjusting headset which lets the rider pick from either a 68° head tube angle or a slacker 67.38° angle. 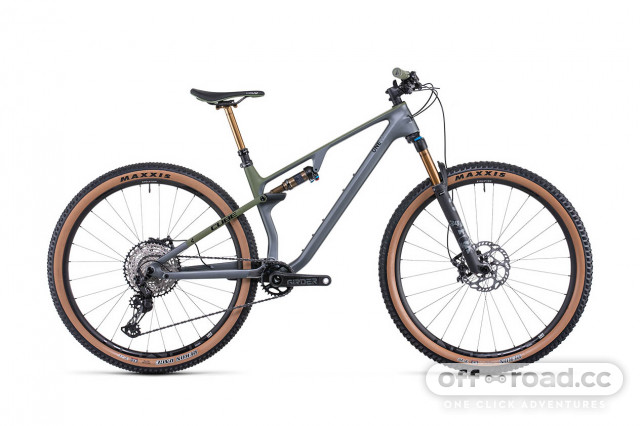 That's where the similarities stop though as each bike gets a specific rear triangle. The one found on the ONE11 is 7mm longer than the ZERO99's 437mm chainstay.

The ZERO99 gets 100mm of suspension at either end of the bike and the ONE11 gets a 20mm boost to its fork and an additional 10mm at the rear. Although we don't have any details on either bike's geometry, we can expect the ONE11 to be a touch slacker because of its longer fork.

Then, the Stereo 120, and 140 ranges see a handful of new models. The former gets new models to incorporate women's specific sizing and the latter gets a new carbon frame consisting of 62% carbon. 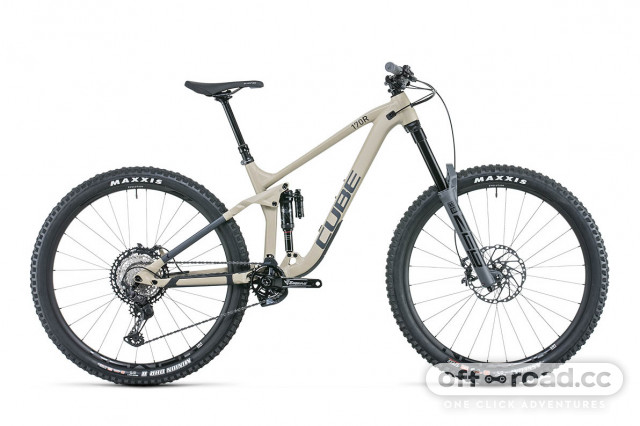 Now, onto the enduro bike, the ONE77 (formerly the Cube Stereo 170) has seen quite the change. The 170mm travelled bike now only rolls on 29" wheels and has received shorter seat tubes across all sizes. This is to enable riders to pick their bike sizes based more on its reach, rather than whether or not it can fit underneath them. Medium and large frames get a 420mm seat tube whereas large and extra larges get a 470mm tube.

Just like the cross country machines, the ONE77 comes kitted with an angle-adjust headset which offers .4° of adjustment from 64° to 64.6°.

A neat trick that the enduro bike is kitted with is a flip-chip that alters the shock's progression, either to accommodate for a coil shock or just to run a more or less progressive leverage curve. 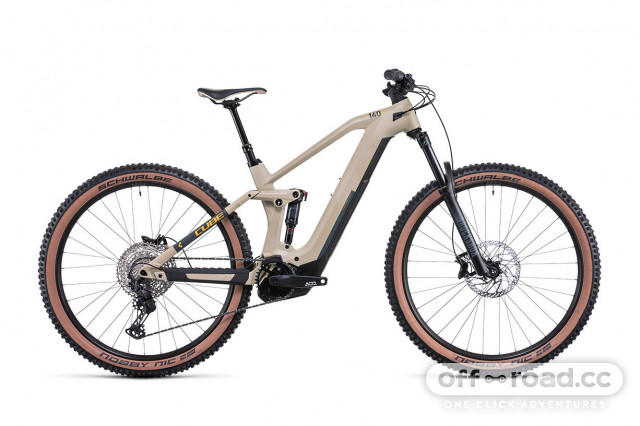 Moving onto the e-bikes, they benefit from a range of changes such as a new charging port cover, a new seatpost clamp with a built-in tool. Then, SL and SLT models get internal routing that goes through the head tube.

Smaller Stereo Hybrid 120 and 140 bikes get a mullet wheel setup while the 140s also get a lighter frame, promising a 14% weight reduction. 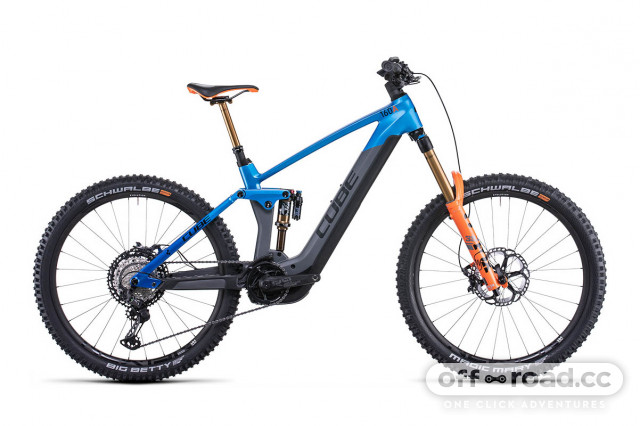 Then, the Stereo Hybrid 160 gets a longer, more 'enduro' reach (a 479.8mm measurement on a large) and an optimised rear wheel path, says Cube. 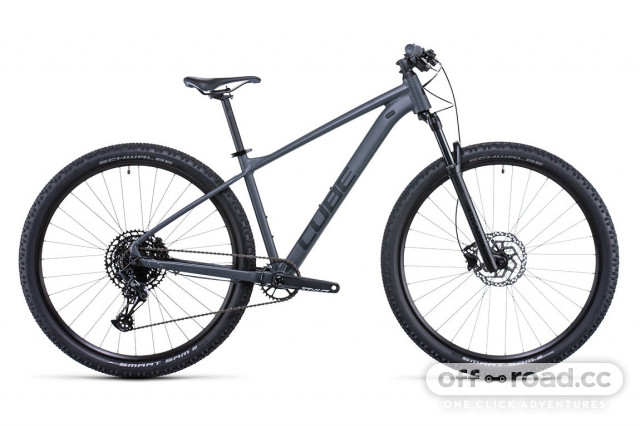 Other updates to Cube's range include reduced standovers on the A-series hardtails and the Attention, Acid and Reaction models come kitted with air forks.

Finally, the Reaction Hybrid, the brand's hardtailed e-bike gets seven different models, with three running Bosche motors and the seatpost clamp with a built-in tool found on some of the Stereo Hybrids.

For now, that's all we have on Cube's mountain bike range due to many of the components that are still under embargo, and the brand is keeping some details close to its chest.