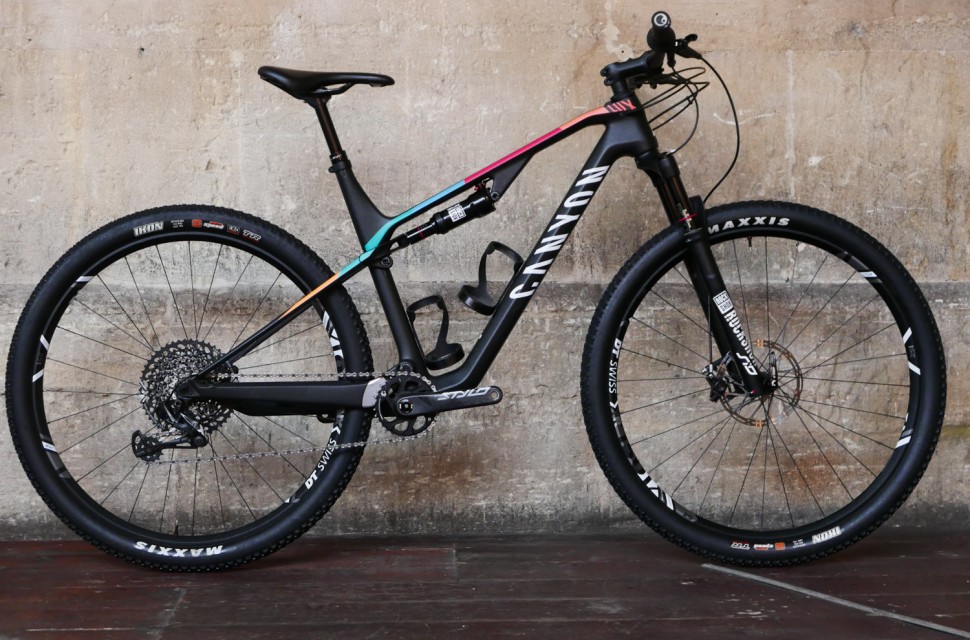 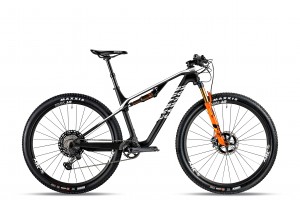 If lactic threshold is a doorway you regularly enjoy passing through on your rides, then Canyon's new Lux CF SL 8.0 Pro Race will likely be of interest, offering up 100mm of travel at the rear, a lightweight full carbon fibre frame and some very new-school cross-country touches for £3,349.

Sitting as the cross-country and marathon racing machine in the Canyon range, the freshly redesigned Lux uses the same top-tube mounted layout as the Spectral trail bike, though the back end does without a chainstay pivot to drop weight and instead relies on flex in the carbon stays to deliver 100mm of rear wheel travel. 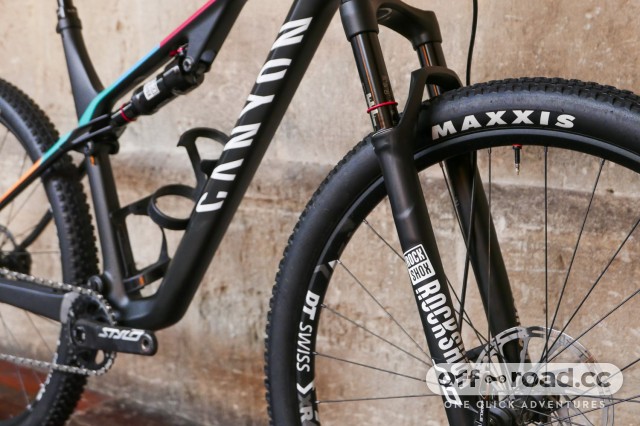 Up front, you get a touch more travel with a 110mm travel RockShox SID RLC fork with Charger damper and remote lockout on both ends for whenever you need to drop the hammer on some unfortunate fellow racer or rider. 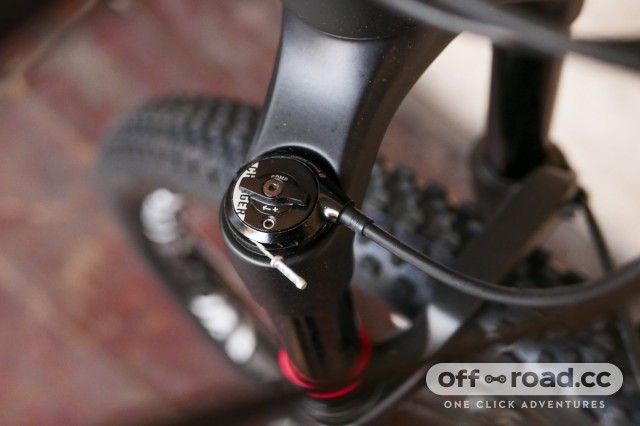 Transmitting all the effort to forward motion is a 12-speed SRAMX01 Eagle drivetrain with 10-50T rear cassette and a carbon fibre Stylo chainset up front. The bike is single ring only and has a rather cool little chain guide built into the main pivot to prevent you from dropping your chain over the rough stuff. Curiously, the shifter is a Gripshift twist unit rather than the usual trigger - it's often liked by racers as you can dump a whole load of gears in one go, as well as it being slightly lighter. 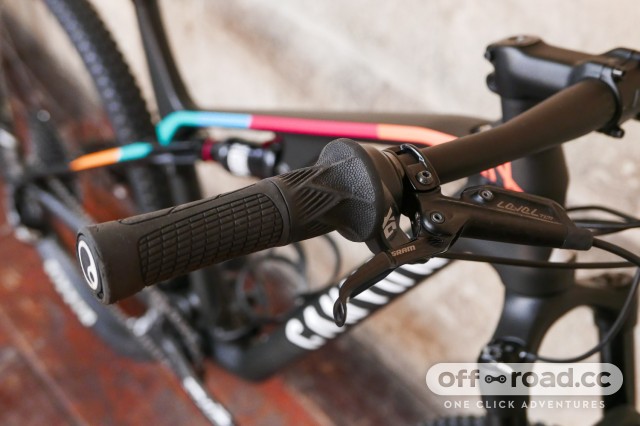 The DT Swiss XR1501 Spline wheelset has a 25mm internal rim width and it's shod in Maxxis rubber, with an Ardent Race up front and a faster rolling Ikon at the back. Both are tubeless ready and the rear gets a reinforced EXO casing too. 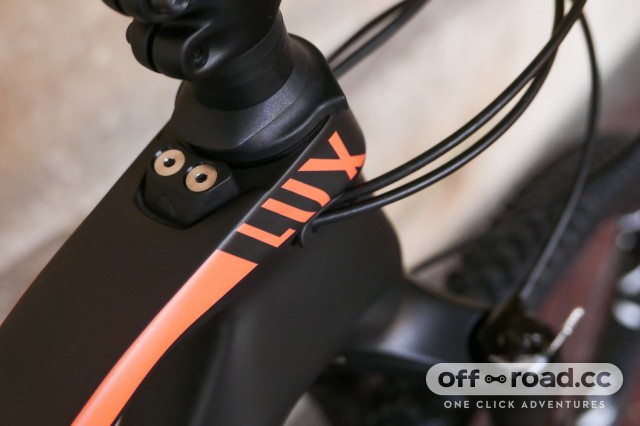 When it comes to the controls, it's all fairly new school, with an 80mm stem paired to 720mm wide flat bars. You also get a KS Lev Si dropper post that allows you to lower the saddle by 100m on the fly and there's Canyon's neat top tube protector integrated to prevent the bars from bashing the bike. 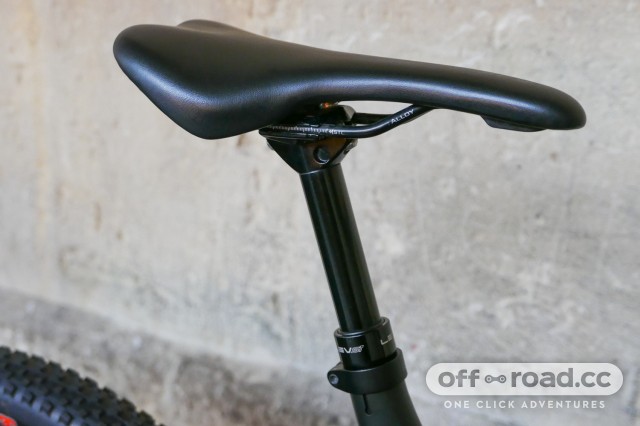 Our large frame gets a reach of 450mm while the head angle is still a sharp 69.5º, though the seat angle is pretty modern for a bike like this at 74º and a substantial bottom bracket drop of 33.5mm should keep things pretty stable. 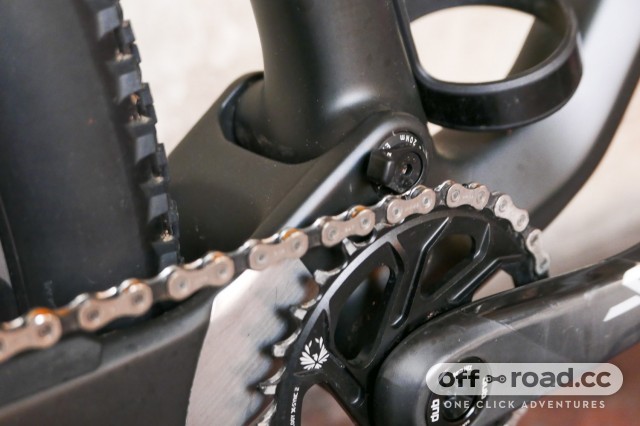 We're looking forward to putting some miles on the bike, so check back for a full review soon.

Gripshift - often favoured by racers? Not since the 90s it hasn’t been, least in the past four years since I returned to MTB racing I’ve seen it not once.

Jaroslav Kulhavy was known to run it until fairly recently and U23 World 2nd Sina Frei runs it on her Ghost. I'm not a huge fan, but there's still a hardcore who are, apparently...

Gripshift - often favoured by racers? Not since the 90s it hasn’t been, least in the past four years since I returned to MTB racing I’ve seen it not once.