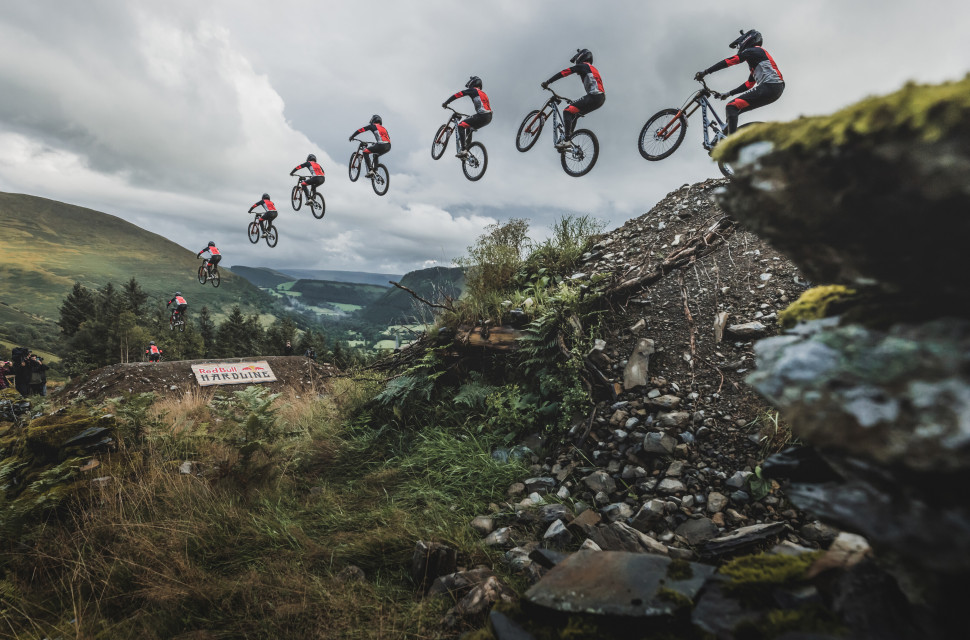 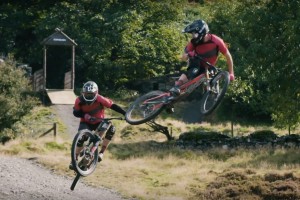 Canadian rider Jackson Goldstone has won the world's hardest downhill race, Red Bull Hardline, making history as the youngest-ever winner of the event in Wales this weekend. It was 18-year-old Goldstone's first time riding Red Bull Hardline yet he dominated the course to win by more than six seconds over British riders Joe Smith and Taylor Vernon.

Goldstone had qualified in third place behind three-time event winner Bernard Kerr and Adam Brayton as he left the start hut for the final time with only those two riders left to go. Flying down the course nearly without any mistakes, the Canadian crossed the line with a margin of more than six seconds over Joe Smith’s previous best time and slips from both Brayton and Kerr meant he had successfully secured victory.

“I had a really good run and I linked everything I wanted to, with just one tiny mistake," said Goldstone. "I'm so stoked, but it’s not the way I wanted to win. I'm really gutted for all the boys who went down," Goldstone commented. 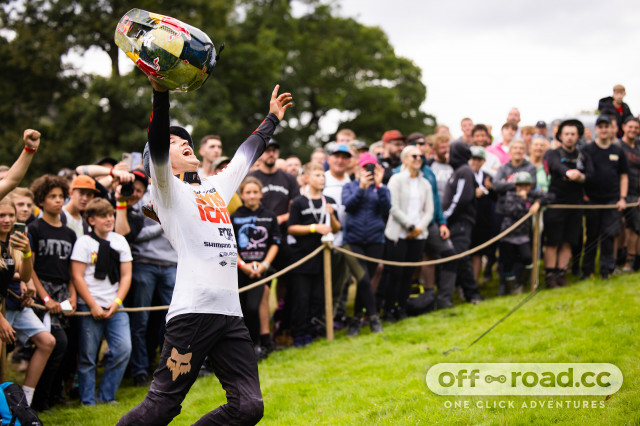 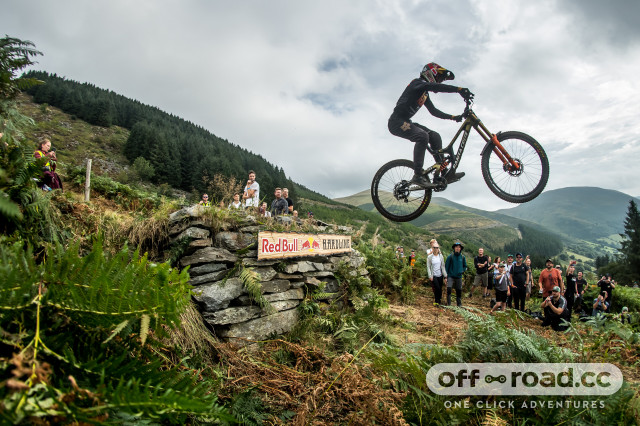 Red Bull Hardline gathered 30 of the world's best downhill riders to tackle the impressive course - claimed to be the most challenging to date. For sure, the win didn't come easy for the riders racing downhill over a series of huge jumps, boulder drops and a freeride section that was brand new for this year's course.

The redesigned course featured stomach-churning 30m gaps and 70km/h speed tucks, but during the race, these were less of an issue compared to the stereotypically damp Welsh woodland at the top of the course.

"I'm on top of the world now, it’s insane!" Goldstone said after his win. "I was scared the first couple days but, once I started riding the course more, the nerves went away." 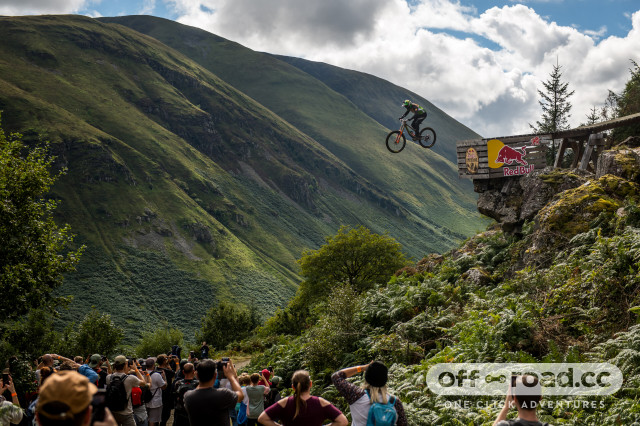 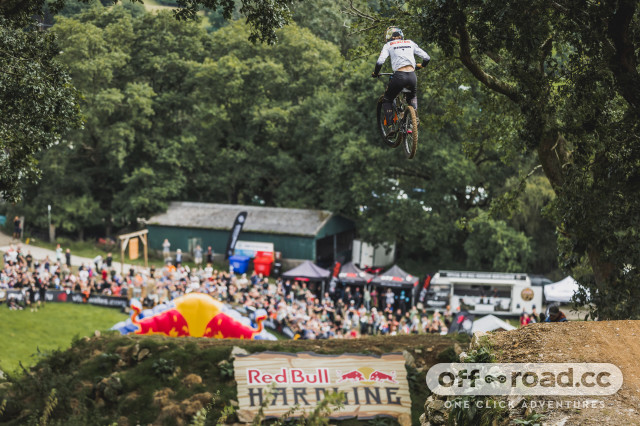 This might have been Goldstone's first Red Bull Hardline, but the young rider from British Columbia already has an impressive record of results; he is also the 2021 Junior UCI Mountain Bike Downhill World Champion and 2022 Junior World Cup overall winner. He's now proved to be a good match to the world's best - racing against the likes of Gee Atherton, who returned to Red Bull Hardline a year after his terrifying crash.

Atherton wasn't going to add another win to his impressive palmarès (he won the race in 2018), but his fifth-place finish showed that the 37-year-old has had an impressive recovery and almost back to his fomer self. 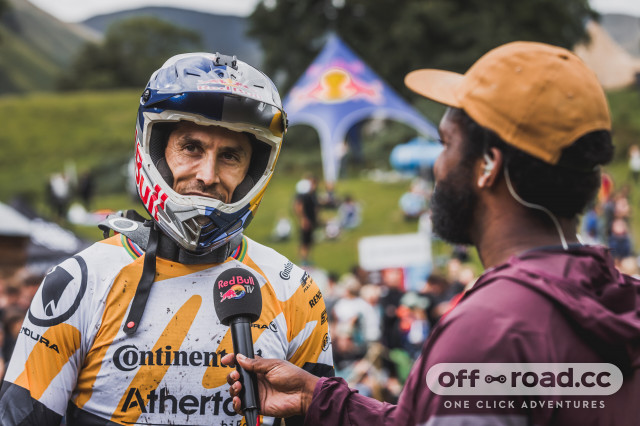 Goldstone's win wasn't the only history being made at Red Bull Hardline 2022  - this year saw the first-ever female athlete take the course as New Zealand-based rider Jess Blewitt proved she's more than at home on the challenging course. 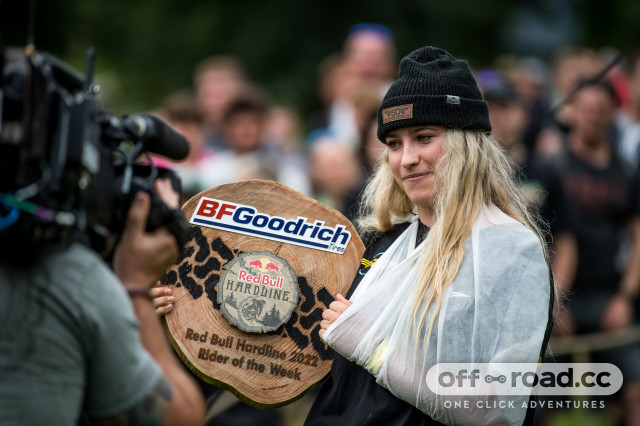