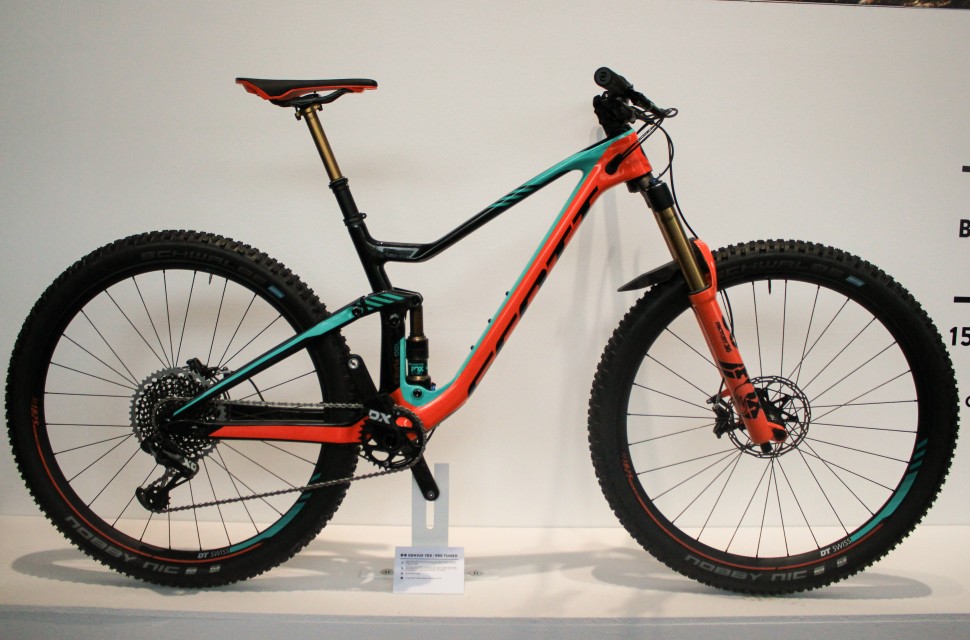 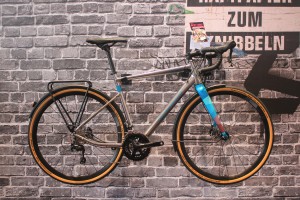 We trawled the length and breadth of Eurobike 2017 to find you the best most interesting mountain bikes at the show, these are the ones we are most keen to swing a leg over this year for reasons ranging from geometry to spec to looks alone!

Eurobike holds many great things, new kit, innovative products, an hourly fashion show and as much German spicy sausage as you can manage to eat. You can easily while away three days at the show drinking in information and drooling over new additions to brands lineups. We fought our way through the e-bike offerings at the forefront of each manufacturer's stand and found the trail bikes, the ones powered by nothing other than the human sitting astride it.

Whilst reading through this list you might find yourself thinking we have overlooked a few minor brands to include: Specialized, Giant, Trek, Cube, Rose, Santa Cruz, Whyte, Orbea, Canyon, YT Industries and Radon - these brands weren't present at the show, choosing instead to run their own product launches elsewhere before Eurobike. It meant we weren't able to take a look at the new Giant Reign, the reconfigured Specialized Enduro or a Whyte S-150 to name but a few.

Nevertheless, there was still plenty to see, here in no particular order are our 'best in show'.

We've been coveting the Scott Genius since the release and have one lined up to test soon. This version of the Genius has 150mm of travel front and rear,  clearance for up to 27.5 x 2.8" and 29 x 2.6" depending on your wheel size choice. It features updated suspension in the form of a Horst Link and Trunnion mount shock. 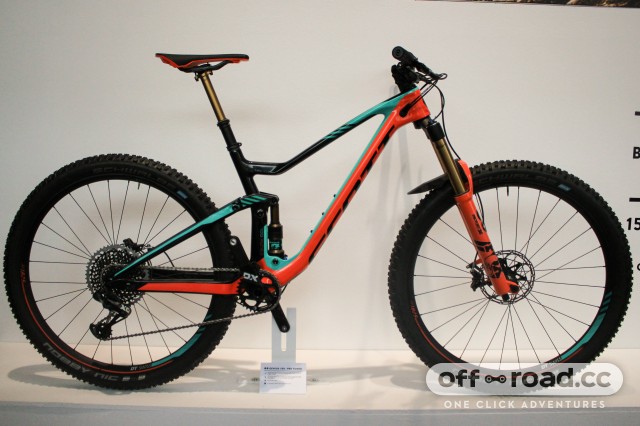 The geometry is a step towards 'longer and lower' with a 65 degree head angle, a reach of 439mm (medium model in low setting) and seat tube length of 440mm. We'll have a Genius 720 arriving at our door shortly, this bike has identical geometry at the 700 Tuned but a less expensive spec and with an alloy rear end rather than a full carbon bike. Spec wise we're talking Fox 34 Float Performance 150mm Fork rather than the orange race edition 34's you see here, Syncros bar and stem rather than the fancy integrated kit on this bike, SRAM Eagle GX rather than XO1 and Shimano SLX brakes over SRAM Guide RSC's.

If you fancy something that blurs the line between understated and ultimate bling, check out the Genius 700 ultimate complete with love 'em or hate 'em tan side wall Maxxis tyres, Guide Ultimate brakes and carbon DT Swiss wheels. 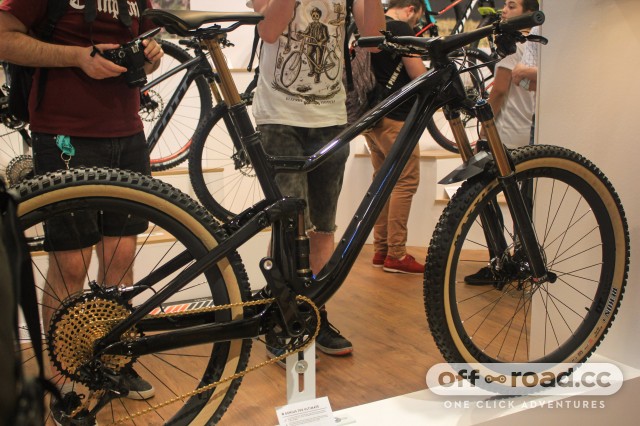 On its mountainous back drop, the Rocky Mountain Carbon 90 looked the bee's knees. For the 2018 model year Rocky Mountain has updated the geometry of this 150mm travel trail bike taking the reach out to 430mm on a medium bike using the slackest setting and raking the head angle out to 65 degrees, almost 2 degrees slacker than the previous model of bike. For 2018 the suspension design has changed to place more emphasis on pedalling efficiency by increased anti-squat.

The Altitude also gets Rocky Mountain's Ride-9 adjustment system allowing the geometry of the bike to be set in, yep, nine different ways. This feature runs from the top spec models such as this one, right down to the Altitude Alloy 50 which at £3,999 is also adorned with Fox 36's and Shimano XT gear, it might just be our bike of choice in the range. 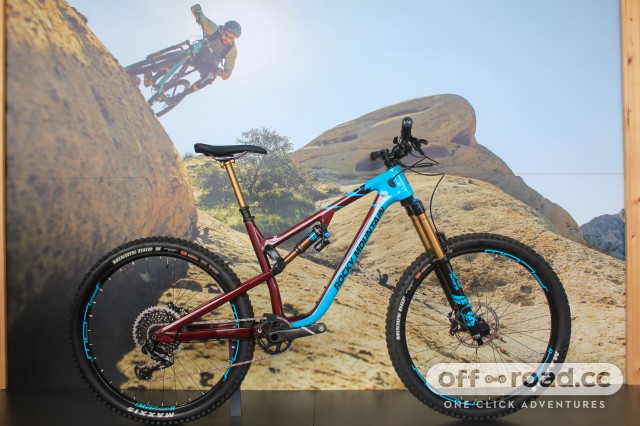 Rocky Mountain had more for us to oogle than just the Altitude, we also got to have a good look at the new Instinct and Pipeline models. These bikes were released in the run up to Eurobike so we were keen to have a look at both of them in the flesh.  They both use the same frame and have the identical 140mm of travel but the Instinct is a 29er and the Pipeline is built 27.5"+ wheels. Again the Rocky Mountain Ride-9 geo system is present and the bikes come in a range of specs, both with carbon or alloy frames. You can check out full details of the new bikes here. 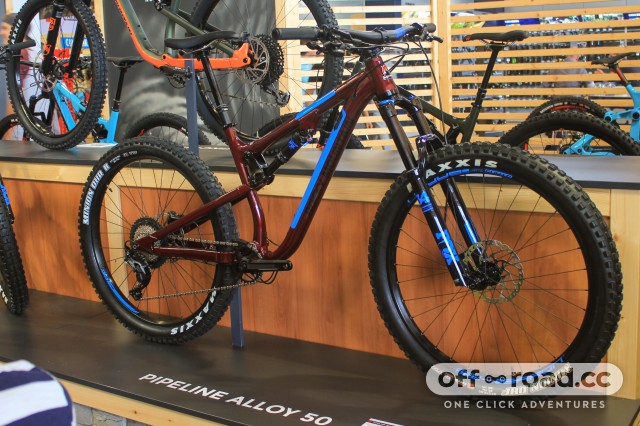 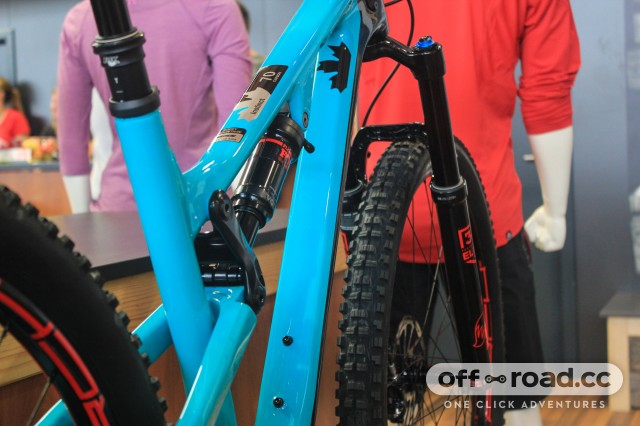 For 2018 the NS Snabb gets Fox suspension instead of Rockshox and will come with 170mm forks, leading to a slacker head angle. We don't have the new geometry figures as yet but going from the bikes previous history which includes a 75 degree seat angle and 65.5 degree head angle we reckon this bike will be one to check out when full details hit their website. It certainly looks good in this stealth carbon edition! 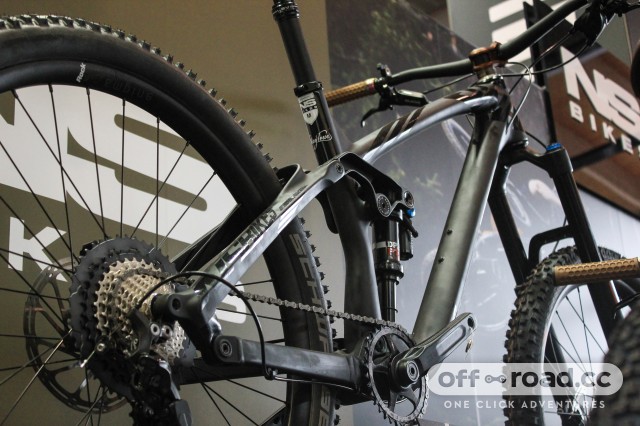 Ok, we know what you are thinking, why aren't you checking out the Marin Wolf Ridge? Well, we did and we still can't tell whether those looks will grow on us or whether that bike is one only its mother could love. Whilst everyone has been shouting about the Wolf Ridge, Marin have been beavering away updating the geometry on other bikes in their range, to include this 29er the Rift Zone. This 120mm trail bike now gets a longer reach (440mm) and a slacker head angle at 67.5 degrees. At a smidge over £2,000 this one has rather taken out fancy - keep an eye out for a 'first ride' soon. 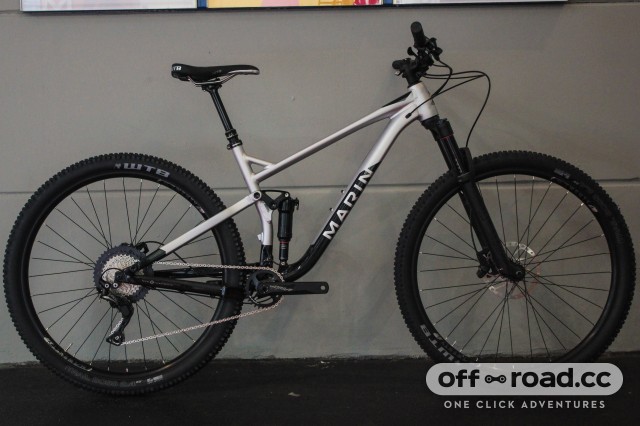 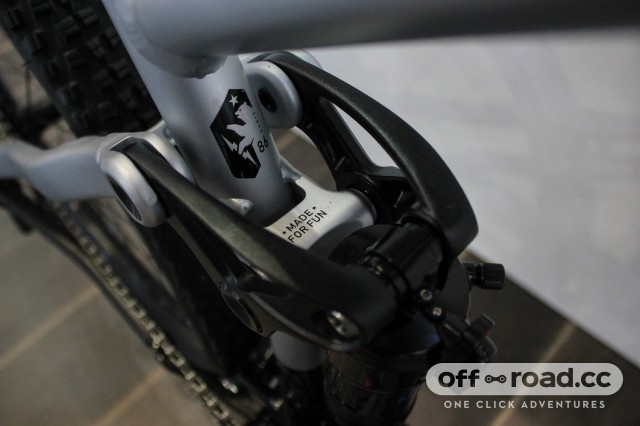 Dartmoor is a brand you might not have heard of before but the Polish brand has a new 160mm enduro bike that is hot on our list of 'must rides'. The geometry looks to be on par with other 160mm bikes, with a 65.5 degree head angle and a pleasing 76.5 degree seat angle. The reach isn't the longest though, at just 435mm in the medium, we'd like a ride to see how this feels. We were swayed by this 'red devil' version of the bike, you can choose between low and high geo setting throughout the range and there is enough room in the regular version to fit 27.5 x 2.5" tyres (27.5 x 3" in the plus version). 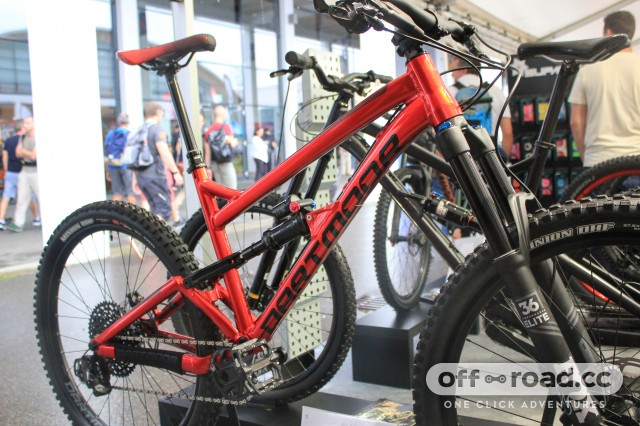 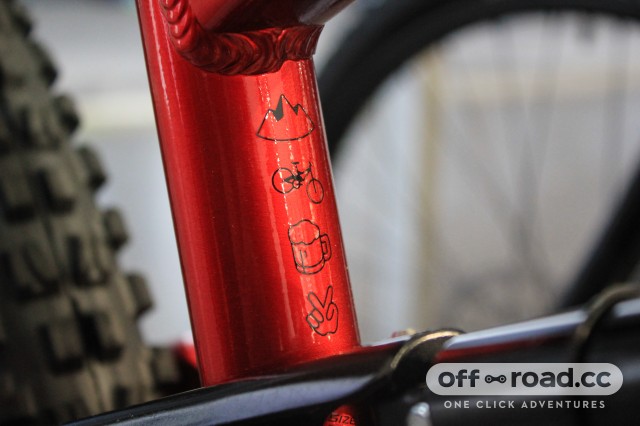 With an updated colourway for 2018, the Yeti SB 5+ is as distinctive as ever with its chainstay rising above the chain. We like this one becuase it's just extremely pretty - like every other Yeti then..... 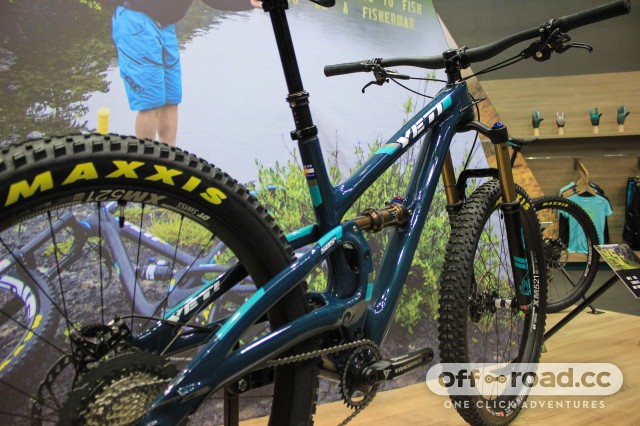 It's an almost production ready prototype that uses a custom butted 4130 steel frame with a chunky 160mm of bounce up front. Pipedream's new hardtail is probably the loudest and lariest we've seen for a long time, thanks to a hot pink paintjob and a steel frame with seriously long and slack geometry. You can check out more details here on this Scottish steel shredder that has our editor Jon hooked and wanting more! 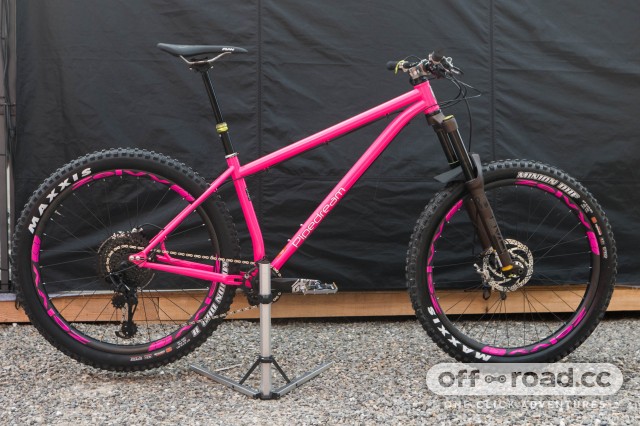 Featuring the new Speed Balanced Geometry, Transition launched the new long travel Sentinel just before Eurobike. On the overlay here you can see clearly of the new frame differs from the geometry of old, with a slacker head angle and a reduced fork offset which aims to improve cornering ability whilst keeping the stability of a bike with a slacker head angle. The Sentinel has 140mm of rear travel, 160mm up from and is a 29er, making it Transitions longest travel 'niner to date. Watch one of the best 'new bike' edits here to find out more and have one of the best tea breaks a Tuesday afternoon at work has ever afforded.... 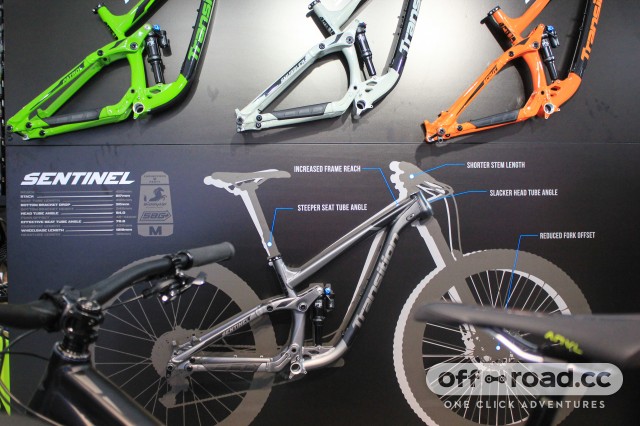 Love the Scott! But i'm also strangely drawn to the Pipedream Pink bike as it's good old Steel. Nice to see Rocky Mountain looking good again - expensive I expect though. Their electric one would be an interesting one for review. Will we see more electric MTB's on this site in the future?