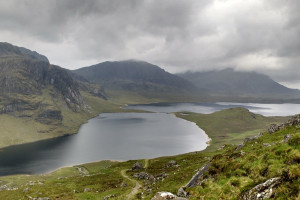 As cycling routes and challenges go, few can surpass the Highland Trail 550. This huge 550-mile route in the Scottish Highlands is raced each May when the weather is most amenable, and it's completed as a self-supported ride with a mass-start.

For most people, thinking about it riding it would seem crazy, let alone in winter, but that is exactly what top adventure rider Annie Evans (@a_girl_outside) has just achieved. Supported by Salsa Cycles, Annie has become the first person to complete the route during winter in a total time of 7 days, 16 hours and 45 minutes, doing so in aid of Bike for Good with donations still open.

We caught up with Annie to find out about her epic challenge and what drove her to attempt it: 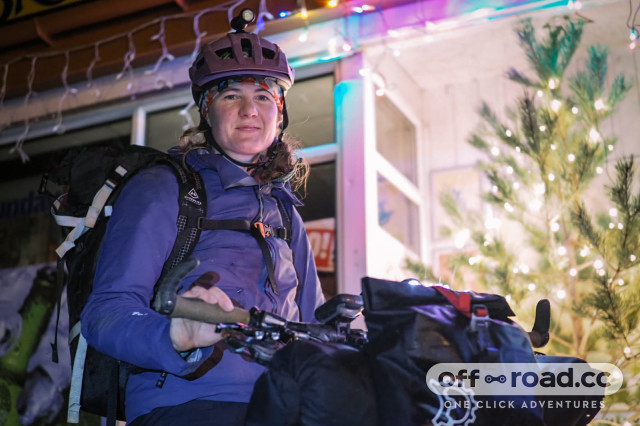 Annie: I prepared to be in the Highland Trail 550 group start 2020, which of course, was a COVID victim. I still wanted to ride the route, but as a freelance outdoor instructor trying to make up lost earnings, December was my first quieter month. I was all ready to go last year when lockdowns were reimposed.

Despite riding the group start in May this year [ed: where she finished 1st female and 12th of 53 starters in a time of 5d 8h 5m], a combination of curiosity over whether I could complete the route in winter, and if all my prep had been enough, drew me back to it again.

Having made a decision earlier this year not to go abroad, my brain was looking for something to get stuck into planning, something with a lot of unknowns and something that would genuinely challenge and scare me.

off.road.cc: What were the toughest bits and major low points?:

Annie: The toughest bits: I hit the first snowdrift about 2km after Ben Alder Cottage (around 50 miles in). From there I moved at around 1km per hour but worked absolutely flat out trying to get over the pass. I ended up strapping my bike bags to my rucksack and carrying my bike whilst post-holing between knee and waist-deep. Having been fairly convinced I would make Fort Augustus for dinner, my expectations had to do some swift realigning. Knowing the Coriarick Pass would be worse, I went to bed early, exhausted and wondering if I would even make it over.

My other huge low was a mental one. I'd pushed hard on day 3 to make up lost miles and was heading over to Oykel Bridge (195 miles) from Croik into a strong, cold headwind. I think fatigue must have caught up with me as my mind started taunting me, telling me I was useless, stupid, a failure and kept this going till I eventually pulled over a few hours later at Rosehall (200 miles) to camp. Mind games are a big part of ultras, but this was the first time I felt unable to pull myself back into a positive place. It was a really horrible feeling.

Despite planning my dates around the full moon, I spent most of the darkness riding in a swathe of thick impenetrable fog. Only able to see a couple of meters I frequently rode off the track or crashed after the fog froze and covered everything in ice. Having to concentrate so much for so long was mentally very tiring and not something I foresaw before starting.

As ever though, more went right than went wrong and I enjoyed myself at least 80% of the time. My preparation largely worked and I was warm, happy and comfortable, If a bit tired. 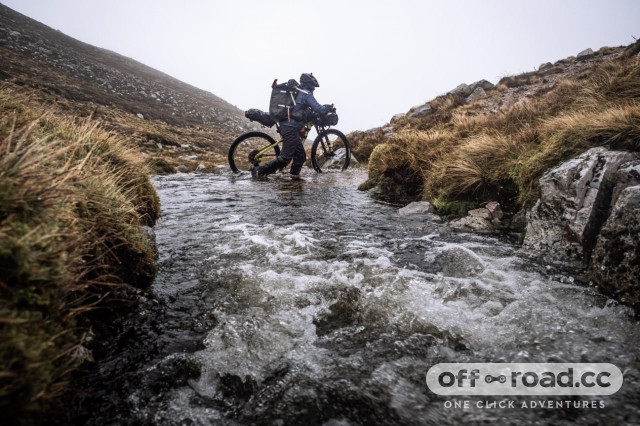 off.road.cc: The kit list to complete the route in Winter must be very important. What kit were you glad took and did you take anything and regret it?

Annie: I used and was grateful for every bit of kit I took. I had a pretty heavy set-up as I was expecting to have to hide in my tent due to bad weather and knowing that I would bail if I was cold and miserable at night. I took a huge mountaineering down jacket that I put on as soon as I stopped or at resupply points as I get cold very easily and often go from warm to uncontrollable shivers within minutes.

I took a stove and dehydrated meals which were an absolute luxury. The northern highlands shut down almost completely this time of year, so finding food is much harder than summer. I actually ran out after missing the Lochinver shop and nearly again before Fort Augustus the second time. 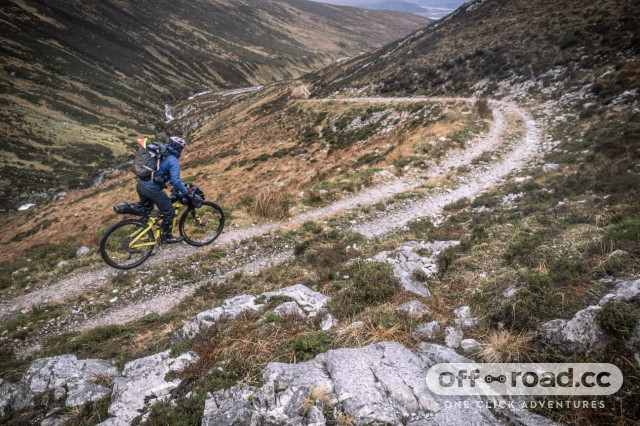 off.road.cc: Now that you are back and the challenge is complete, how are you feeling?

Annie: I am feeling pretty good now and better than after my ride back in May. I think I learned a lot about how to look after myself in terms of contact points, eat and sleeping. On my summer ride, I went 36 hrs non-stop to the finish, everything swelled up and the last 50 miles were absolute misery. I did not want to repeat that and actually enjoyed most of the same section this time despite ice and fog making it much harder.

Congratulations Annie on an incredible ride and for raising so much for Bike for Good. If anyone would like to donate, check out the link to Local Giving.