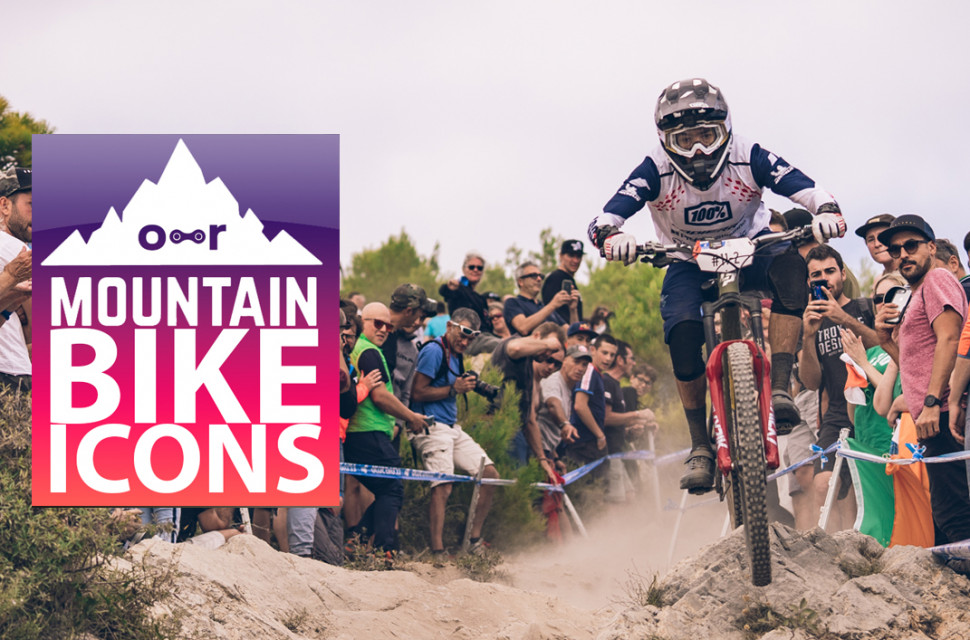 Perched high on a steep and wooded hillside above the retro-chic French Riviera city of Nice is the idyllic village of Peille, a place that has been the lifelong home to one of downhill mountain biking’s greatest sons – Nicolas Vouilloz.

While there are many riders from downhill mountain biking’s hall of fame that could be credited with the title of the GOAT (greatest of all time), the mild-mannered and unbelievably gifted Nicolas Vouilloz is up there with the very best.

With seven elite and three junior world titles to his name, Nico quit the sharp end of the sport at just 26 years of age, when he was very much at the top of his game and could indeed have added more rainbow jerseys to his unrivalled laundry collection in the years that followed.

How it all started

Despite having great trails on their doorstep, it was engines that drove the Vouilloz family's passions early on.

“My dad was into rally cars, that was his passion, and he did that when he was younger. Motocross; that was my brother. I was also doing a bit of motocross and some trials, but it was so complicated to go on a dedicated track – I always needed my dad or someone to take me there. So I decided to sell the motorbike and buy a mountain bike, just to try it, as I could go into the trails from home without being dependent on others. I started more or less like that.”

It was the peer pressure from Peille that led him to take up mountain biking competitively.

“At school, I was in the same class as a friend who was racing mountain bikes nationally. He said it was cool, a new sport and that it was being raced downhill. I rode one race at the end of 1990 with him, and the organiser was Georges Edwards (Avalanche Cup series organiser). It was a small event and, at the prize ceremony, he said that I was a kid that we’d maybe see at the national championships later, and so my dad took me to the races from then on.” 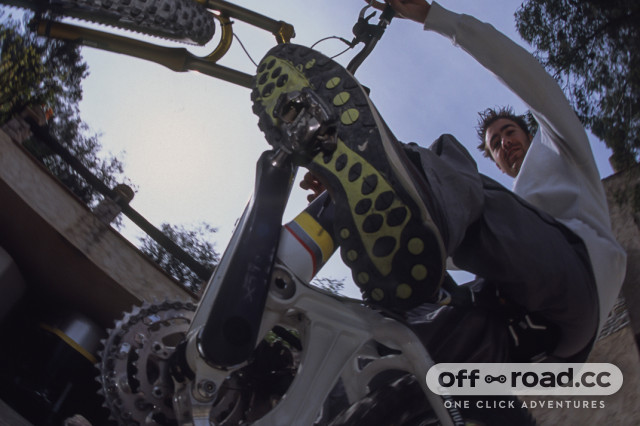 When full suspension first came onto the scene, options were very limited but Nico knew it was the way ahead, and it turned out to be a fortuitous decision to change bike brands.

“I started with a Specialized Rockhopper because my local shop was in Nice and that was what they sold. Then in 1992, I switched to GT to have dual suspension and, in 1993, GT started to help me through the French distributor. I had a great season and was able to make the “big team” in 94 with Mike King and Juli Furtado. I was really young, a kid at 18 really. They bet on me, which was cool.”

On any given race day, Nico was hard to match but when it came to chasing rainbows and winning titles he was unbeatable – how, why?

“Maybe, I’m not saying I had the full package but I was quite focused and motivated in what I was doing, always at 100%. Maybe, compared to most of the other guys, many were doing things more for fun and because it was cool, and so I think my approach was different for sure.” 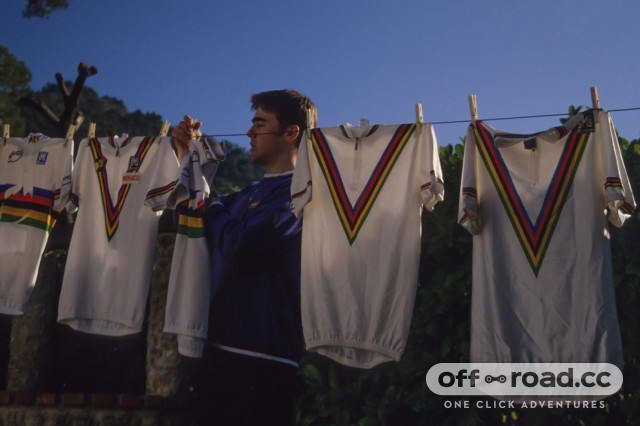 “Also, I think I ‘found my sport’. I tried a bit of tennis, motocross and BMX; but sometimes you need to find your way (to the right sport). I think I learned to ride the trails to find my way, read the terrain, and anticipate and be reactive - and I think I was also quite light on the bike, a smooth rider. Back in the day, this was quite helpful, too, as there was not a lot of travel on the bike. It was not old school at the time.”

“Also, I had good people around me; my dad was quite good to have around and I also met my girlfriend quite young and so I was quite stable. Plus, I had a good trainer in Stefan Gerard and a good team from the beginning with GT. Everything went in the right way from the start.”

Bowing out at the top

Pulling the brakes on a career when he was at the top was a shock to many; why did it end like that?

“There were a few things; I started to have difficulty being motivated for a race, something that had been natural before. I’d never had to think about it before - it just came. I don’t know why, but it stopped coming. This was the first thing.”

Sadly, there was also another side to stopping. “Also, the atmosphere was a bit difficult to handle. When you are on the podium and there is more noise for the second or third rider than the first is also not easy.”

At the time Nico hadn’t intended on this being the absolute end. “I was feeling a bit tired. I was focused 100% at every race and it was hard. I thought a break would help, maybe not even one year, and then return to racing, but I also had a passion for rallying.” 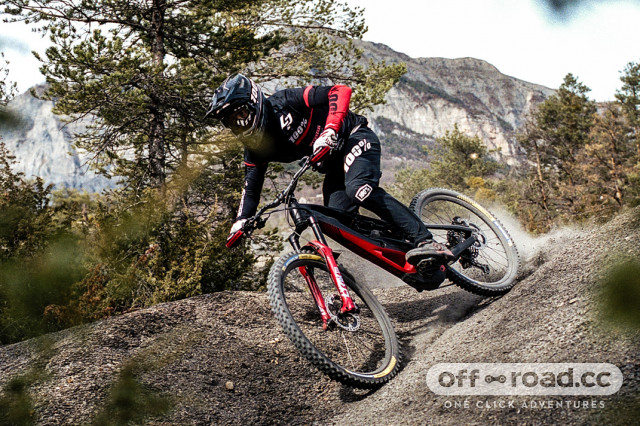 “Maybe two years before this I started to think about rally car racing, and I thought it could be cool. I also thought it would be good to stop at the top level, not when you are slowing down.

“There were all these things. I thought a six-month break or even one year would be enough but I chose the rally car.”

During his rallying career, he drove mostly for Peugeot and then Skoda and was a consistent and rising name in the WRC (World Rally Championship) series, until Peugeot stopped fielding a team. He then turned to the ICR (intercontinental) series, where he won several rounds during his five years competing there.

The return of the GOAT

However, his love for and affinity with mountain biking never faded. “Even when I was rallying I never stopped riding. I came from mountain biking – it’s my sport. For sure I like to drive rally cars – it’s great, and the people are good, and the money, too. But the car industry is all about the connections and money – even more so than in other situations in life.”

“It’s also not easy to go and drive a rally car from home. With the mountain bike, I can just ride from my house with friends. I like the technique, and I also had the job with Lapierre when I stopped, so I never really quit. I just did my other passion for a while.”

The French Connection and the afterlife

From when he stopped racing, throughout his rallying career, until now Nico has had a hand in the bike industry.

“I started in 2003 with my brand - V-Process - because Lapierre didn’t have a downhill or enduro bike, and they became their bikes but I’ve always been behind this.”

“I’ve been fully employed by them [Lapierre] since 2008/10, working in R&D with the engineers, and I’m in charge of working in IT with the geometry and kinematics of the bike, and also with testing and promoting them.”

As well as working with Lapierre he also races the EWS – e-MTB series for the brand, where he has scored numerous victories in recent years.

“I also look after the enduro team; working between them on development and also on the arrangements with sponsors.”

Unfortunately, an inner ear infection has kept him grounded for much of the 2022 season.\ 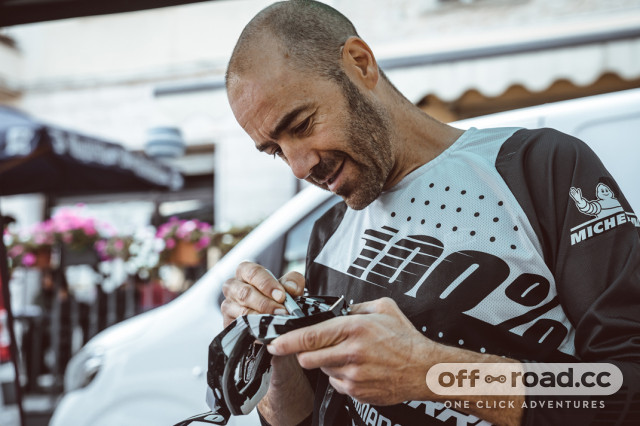 The greatest race of all, and his biggest regret

Although his 2001 UCI Downhill MTB World title win in Vail ranks as his most impressive, his last fling meant the most to him, and it’s tinged with regret.

“The best race I think I did was when I stopped in 2002, just after the World Championship in Les Gets. My last race was in Grenoble; I was a partner in the race, and I knew it was my last start being in such shape and having this speed.”

It was also the first time that he’d gone flat-out in a race, which left him riding away wondering just what might have been, had he let it all hang out earlier in his career.

“Just for fun I gave it everything - pushed everything. I had good spirits, and big emotions, and so I just left off the brakes and did my best. I really think that I never rode that fast before, and after that, I had some real regrets, in that I’d never done this in an official, real race (World Cup).”