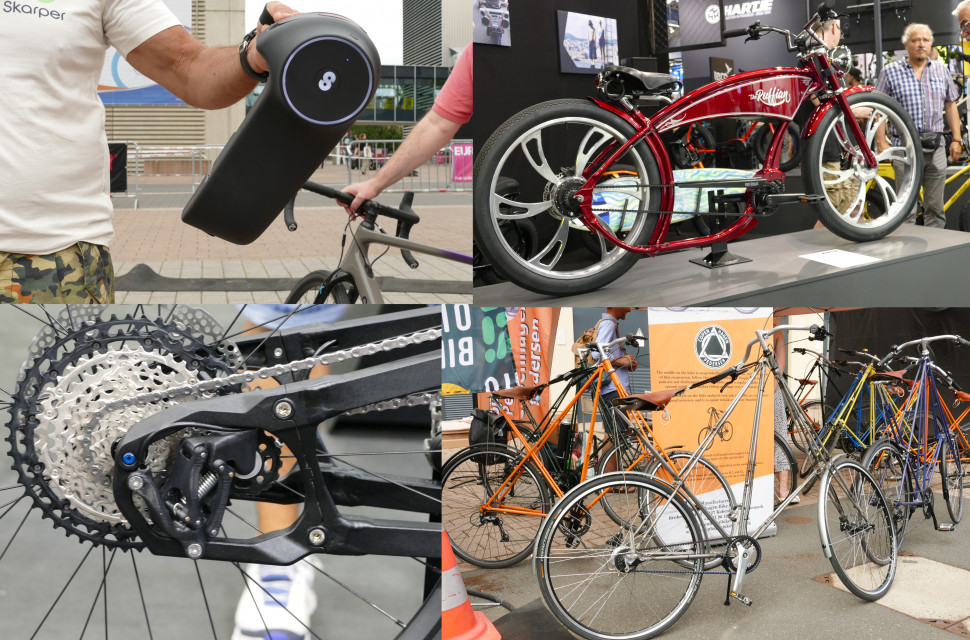 Back for 2022, Eurobike made the move to Frankfurt and became home to a raft of brands from all corners of the world showing off their new and exciting wares. While there was a tonne of new and pro bikes on show that you'll have seen in our Eurobike 2022: Best Bikes from the show piece, along with some potentially game-changing tech that you can see over on our Eurobike Mega Gallery, where such a large range of brands gather, things get certainly get a little eclectic. 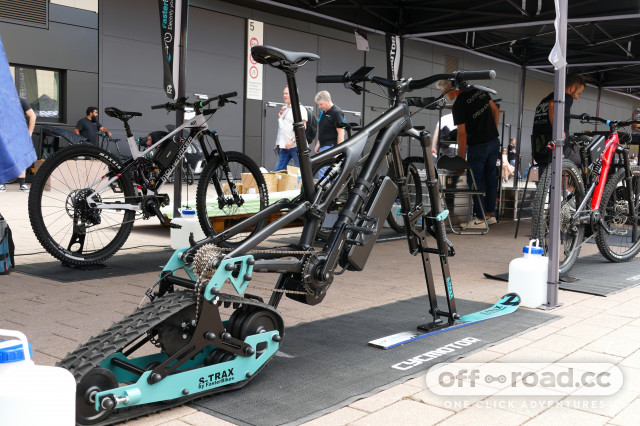 Ever needed to convert your mountain bike into a pedal-assisted snowmobile? No? Well, rest assured anyway as the S-Trax Snowbike Conversion kit will do just that. By simply removing your bike's wheels, swapping them with a ski and what looks like the back end of a snowmobile, and strapping on Cycmotor's e-bike conversion kit you'll be shredding pow in no time! 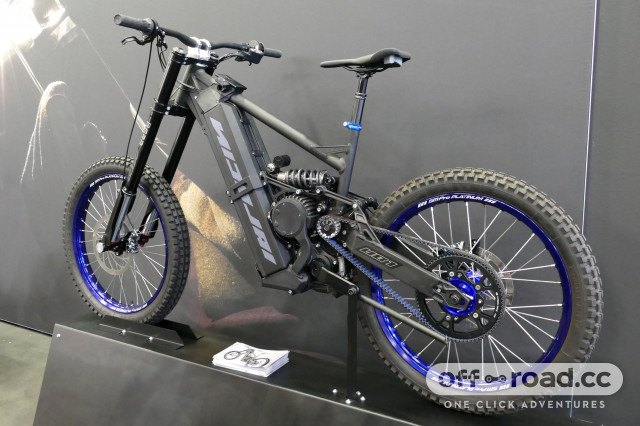 While all eyes were on Nicolai's freshest Nucleon 16, the brand's rather mental-looking EBOXX Ultra seemingly missed out on a bit of love. This absolute beast is claimed to weigh between 55 and 65kg and has a peak output of 10kW with up to 275Nm of torque at the rear wheel. I don't know exactly what people would be getting up to aboard this machine but whatever it is, it'll be a hell of a lot of fun. 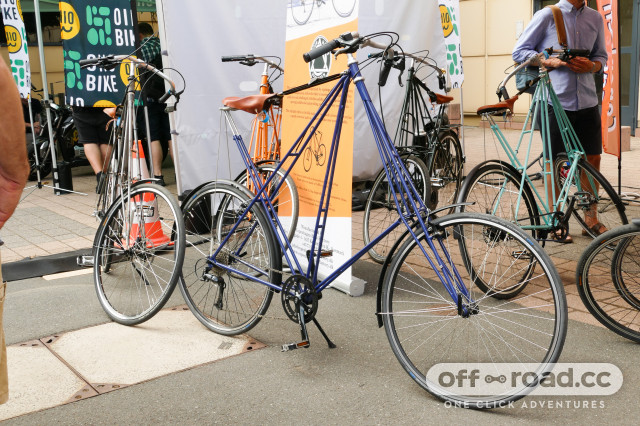 Perhaps one of the stranger exhibits on show at Eurobike was this collection of Pedersen bikes from Copenhagen Bike Factory. While the design was patented over 100 years ago, there are some claims floating around the internet that the Pedersen is the next evolution of the bicycle, offering greater comfort thanks to its upright riding position and saddle which is suspended via a hammock-esque strap. While we won't be sending one of these down the local trails anytime soon and their looks are... Questionable, the steelwork here is definitely something to be admired. 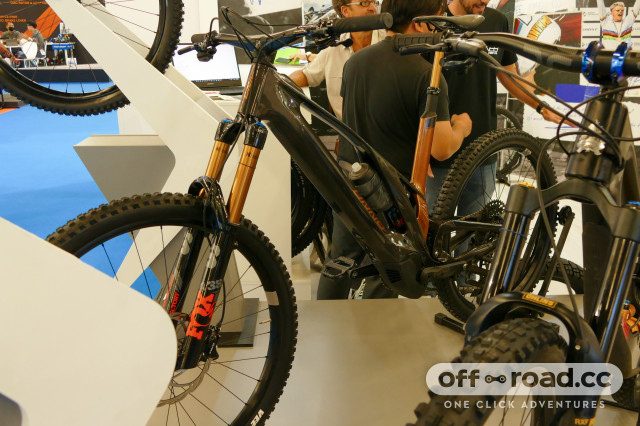 While perhaps not weird, the UNNO BOÖS definitely sits more towards the wonderful side of the spectrum as it'll set you back a pretty 10,000 euro. There's a lot of cool tech in this chap and thankfully we've got an article here if you would like to know more. 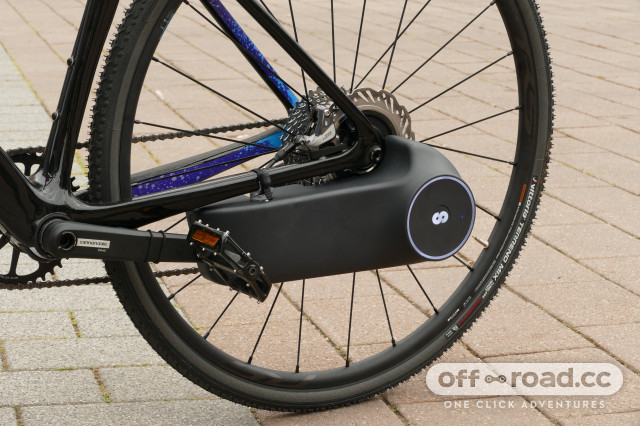 Skarper's DiscDrive can turn any bicycle into an e-bike by installing a special 160mm disc brake rotor and a removable pack. In eco mode, we're told it has a range of 60km and it's kitted with an incline detector which will kick out a bit more power when it's most needed. The real magic behind this is that the big pack slung under the stay can be removed with the pull of a lever and having had a quick feel, it doesn't weigh an awful lot. The brand also said that there's an e-bike specific model on the way that uses a larger brake rotor. 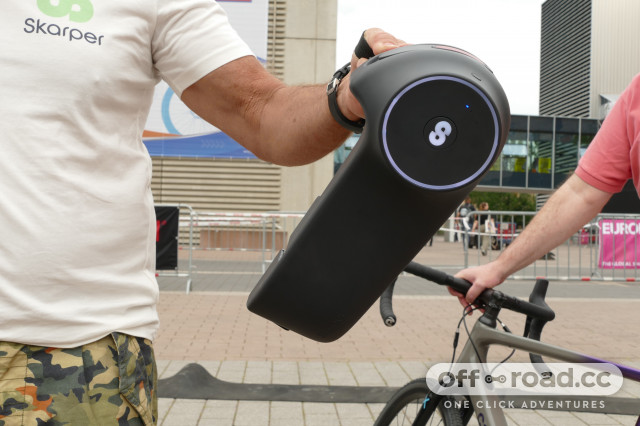 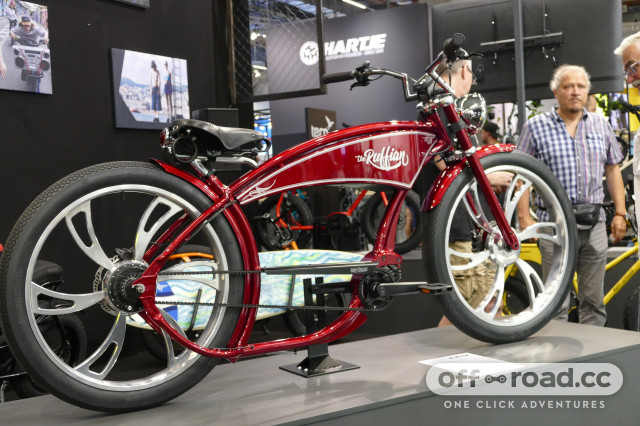 Weird... Kind of, but definitely wonderful is Ruff Cycles The Ruffian. As commanding in looks as it is in name, the Ruffian takes cues from long, low and absolutely slack chopper motorcycles of Easy Rider fame, maybe with a dash of bouncy, air suspension-equipped lowrider panache. While it's aimed at those donning iPhones and Tik Tok accounts, this thing is sorted with Magura brakes, a belt drive, and a 6k euro price tag. 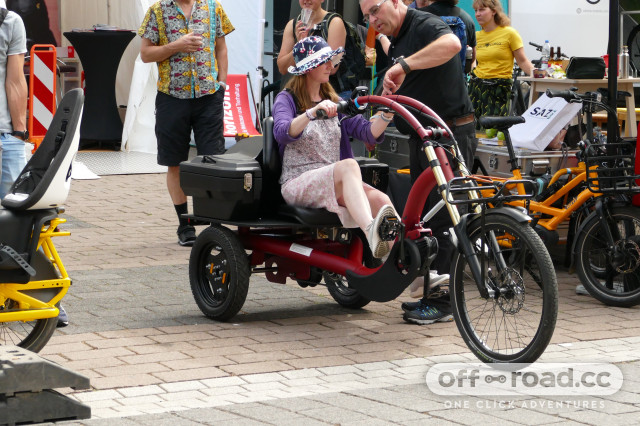 This beasty-looking machine was only spotted hooning around Eurobike's test loop so we were unable to get a brand or model name but check it out... Is that a triple-crown fork on a cargo bike?