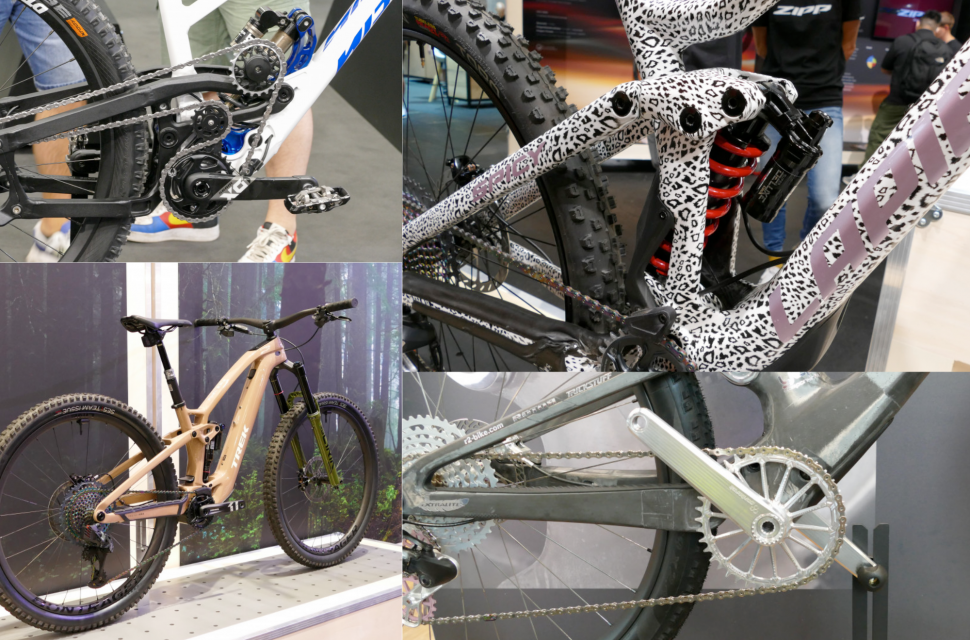 We're at Eurobike and will be bringing you all our favourite tech highlights. Europe's largest bike show has changed venues with Frankfurt, Germany playing host to the 2022 edition of the show. With over 1,500 exhibitors on the ground, we've sifted through everything on display to bring you the newest and coolest products.

Eurobike is the one place where brands and manufacturers launch new products and show off their concept work. It's not all about bikes, either, but there are literally thousands of new products on show ranging from clothing and accessories, to parts and components - and the show also hosts industry talks.

We had a good look at what this year's Eurobike is offering in terms of cool bikes, and are ready to share the best of what we saw exhibited. Have a look and let us know what you think in the comments! 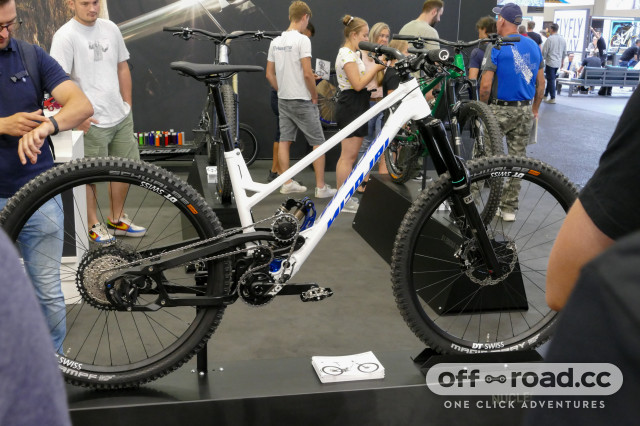 We already wrote about this unique bike a couple of days ago and needless to say, it stole the show at Eurobike - and for a reason. The Nicolai Nucleon 16 is the prototype bike featuring Lal Bike's Supre Drive drivetrain system, brought to market by German bikemaker Nikolai. 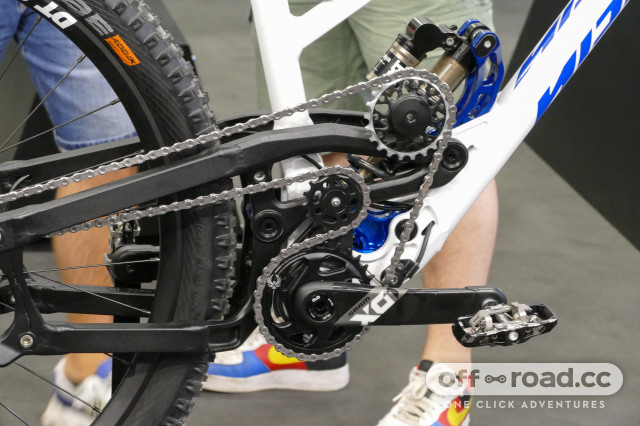 For those that might be scratching their heads, in essence, the drivetrain is split between its two functions: shifting and tensioning the chain. And if the front looks odd, the real party is taking place at the back. Nestled safely inside the rear triangle, the derailleur is super protected from getting bashed on the trails. 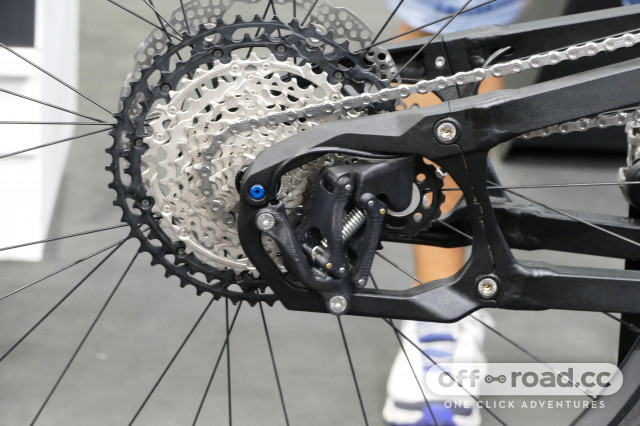 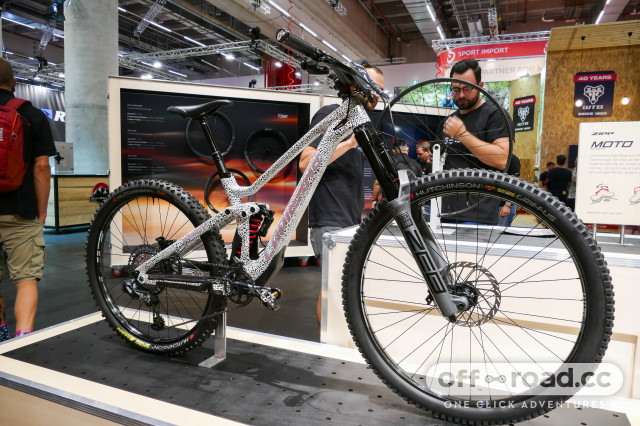 This animal-printed Lapierre Spicy is a special job created for the French enduro rider Isabeau Courdurier. The current French champion rode it last year to place third in the Enduro World Series - and it certainly looks like a podium-winning build. 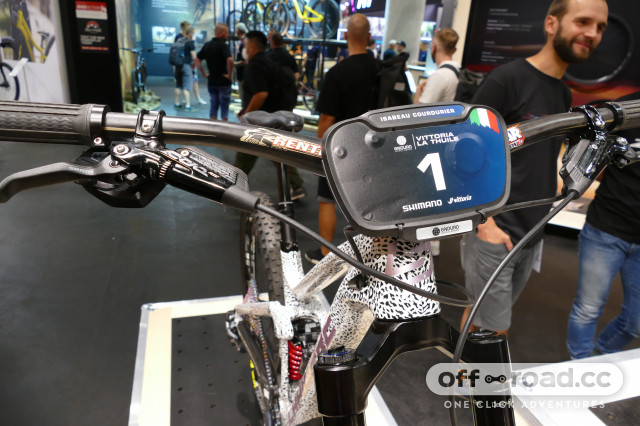 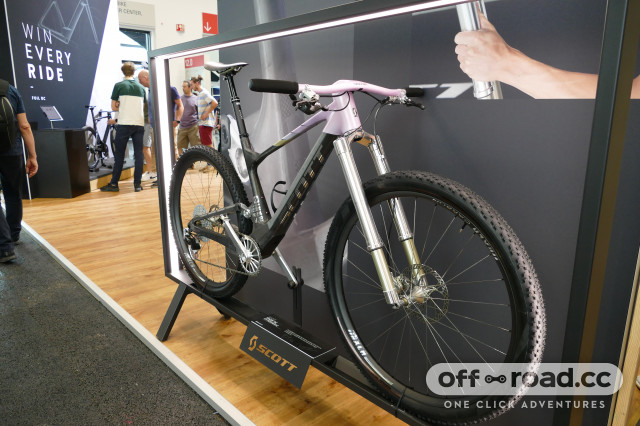 We spotted not one but two of Gustav Gullholm's (aka Dangerholm), bikes at the show. He's the man known for quite ridiculously light bike builds and these two are no exception. The one with some baby pink to it is a sub-10kg (9.19kg) Scott Spark RC Hypersonic, and the second is a Scott Gambler (below).

Dangerhom claims the Gambler is the world's lightest DH 29er (weighing just 13.42kg). It's not necessarily boasting a lot of new parts but does represent a unique build. The frame is a used Scott Factory Downhill frame from 2019, and the suspension comes from Intend. Clearly being a fan of adding chrome details, the brakes are Trickstuff Piccola HDs and those silver hubs are Tune SuperClimbHills. 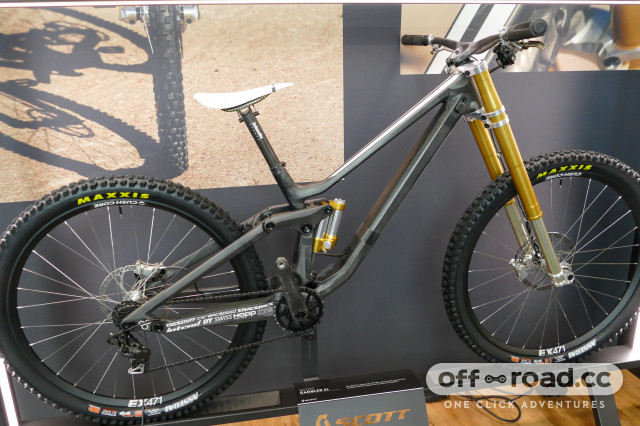 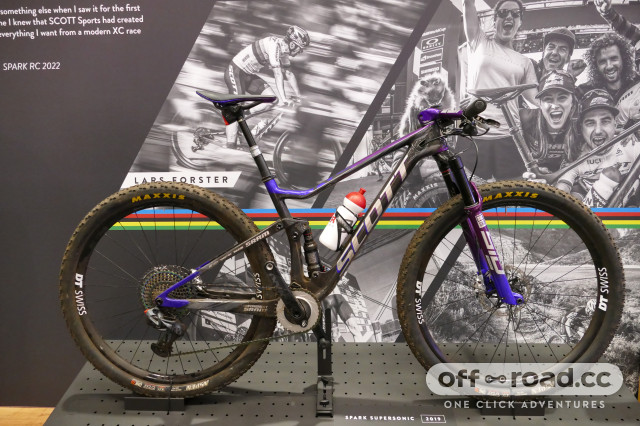 Continuing with the Scott Spark theme, this purple-infused beast belongs to Nino Schurter. It's the one he raced to fourth place in the 2020 UCI Mountain Bike World Cup Series - and it looks like it might not have had a wash since the last ride. Dirty aesthetics aside, this bike also houses some great tech. 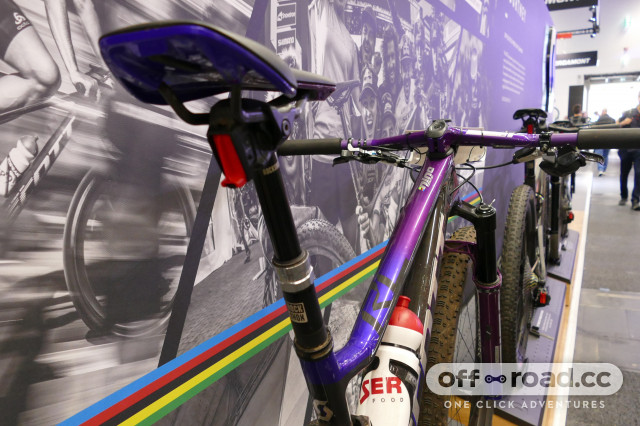 The bars on this one are Schurter's standard 680mm wide Syncros with a -30-degree stem. That front chainring is a 38T Blackbox Power ring and, at the rear, there's a SRAM 10-50T cassette - so, not the easiest gearing. 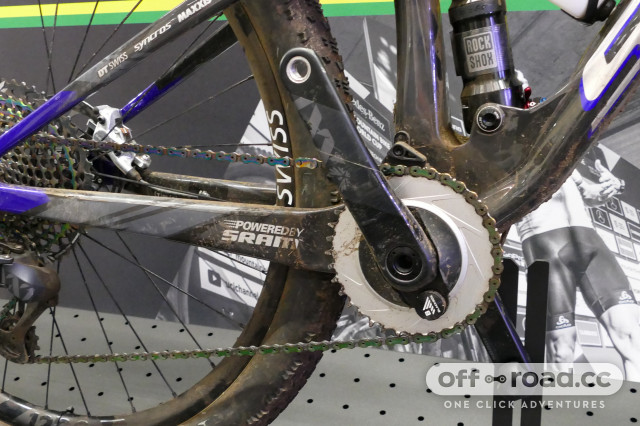 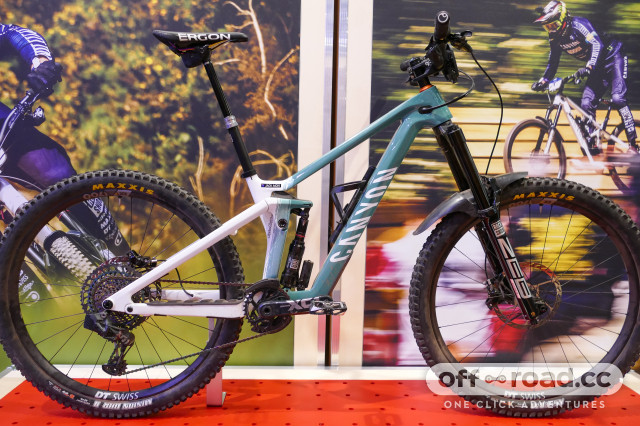 This aqua-coloured Canyon Strive belongs to Aussie rider Jack Moir and has been painted and personalised by Troy Lee Designs. 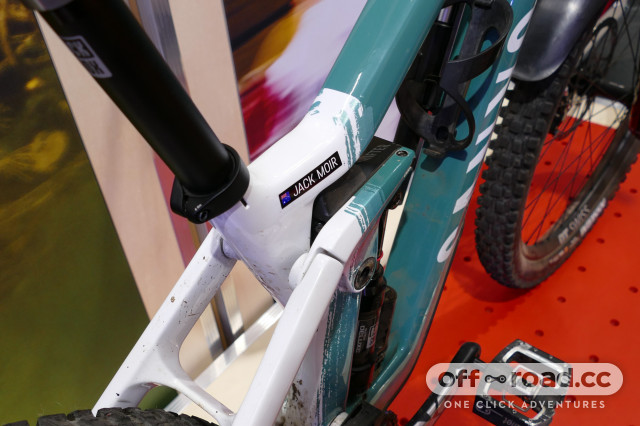 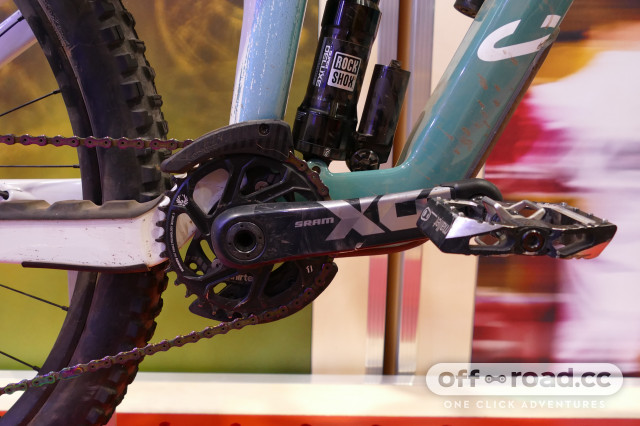 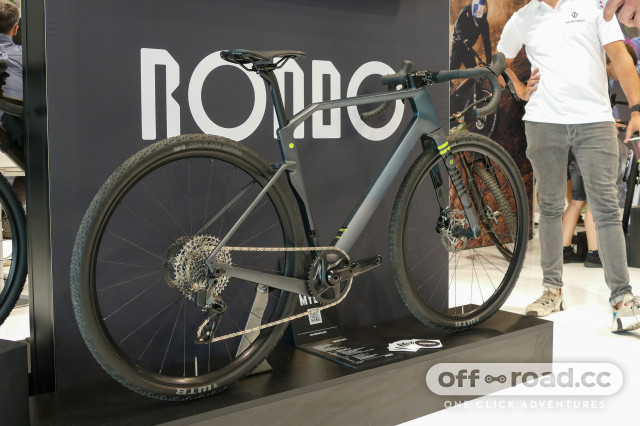 The Rondo MYLC might be a gravel bike at heart but it's been heavily inspired by mountain bike geometry and construction. We wrote about it in detail earlier in the month highlighting all the reasons why the company claims the Rondo MYLC is the next evolution of the gravel bike. 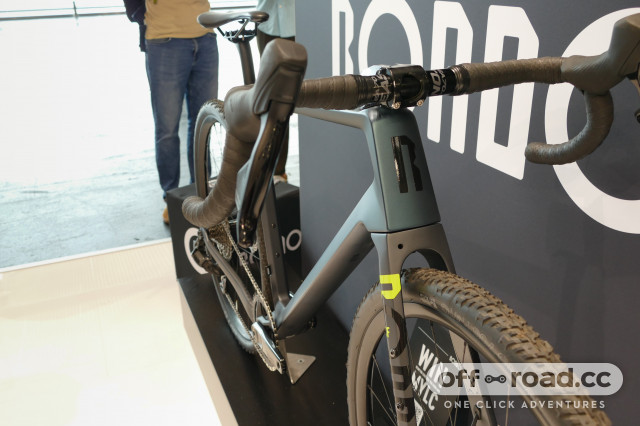 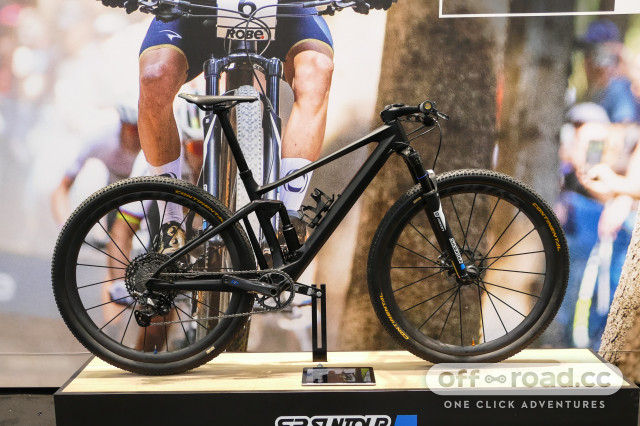 There were plenty of cool race bikes on show and Tom Pidcock's BMC Fourstroke is a special one. Despite its stealthy all-black looks - a measure his trade team, Ineos Grenadiers, put in place to avoid any sponsor conflict with Pinarello - this bike is the one the Briton rode to an Olympic Gold medal, just a couple of months after breaking his collarbone. 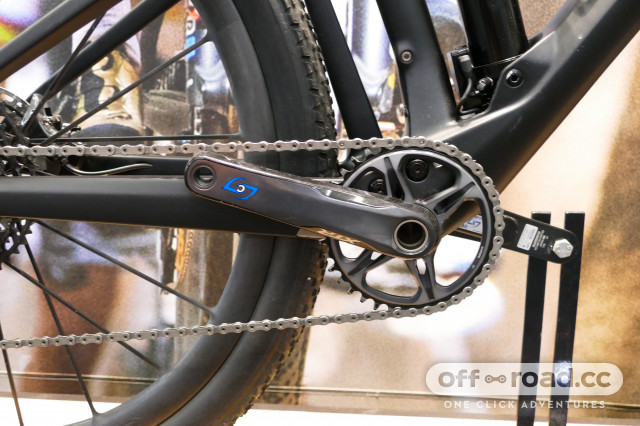 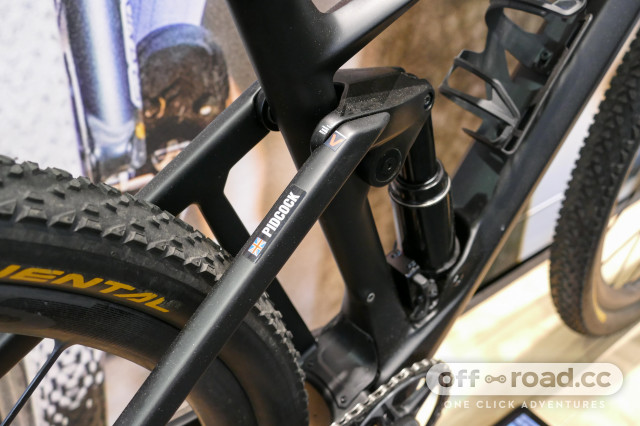 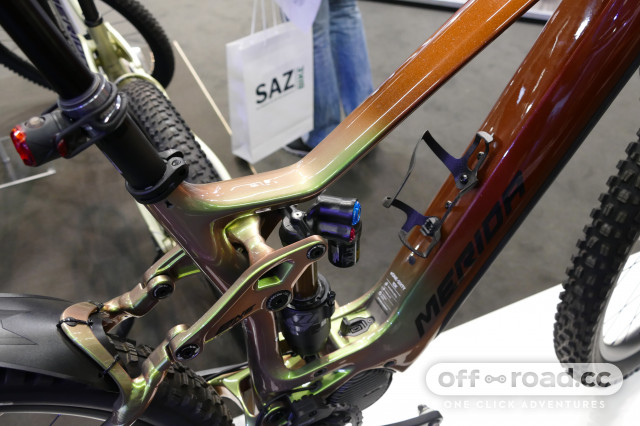 As far as e-MTBs go, Merida's eOne-Sixty is one of the highest rated and this special paint job makes the bike shine even more. The bike is built around a Shimano Steps motor, has a 630Wh battery and for all-trail-capability, it comes with a 29er front wheel with a 2.5in tyre and a 650B rear wheel, with a slightly wider 2.6in tyre.

And that 10k in the name? Well, this bike also retails for nearly £10k. 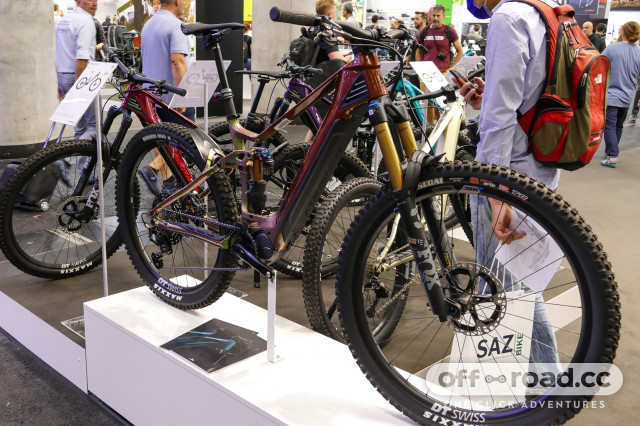 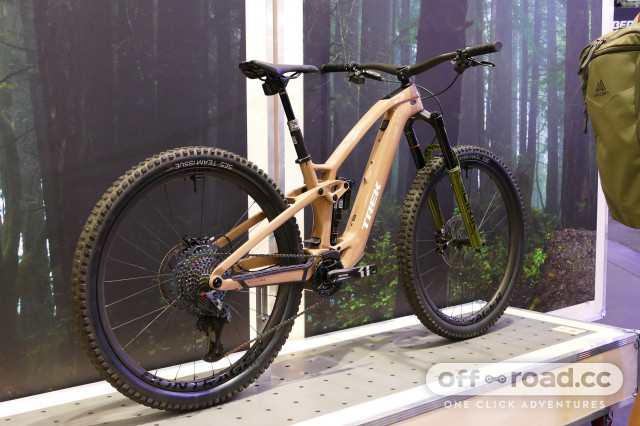 Trek claims that the Fuel EXe offers the perfect balance between a normal mountain bike and a full e-bike, boasting the world's 'most imperceptible motor assist'. For an e-bike, this one is pretty light with a claimed weight of only 18.4kg.

The bike is powered by a TQ motor - that's the same brand that is used in moon rovers as well as robots that perform surgery. What's that got to do with bikes? Well, Trek claims this motor is lighter, quieter and smoother than others in the market.