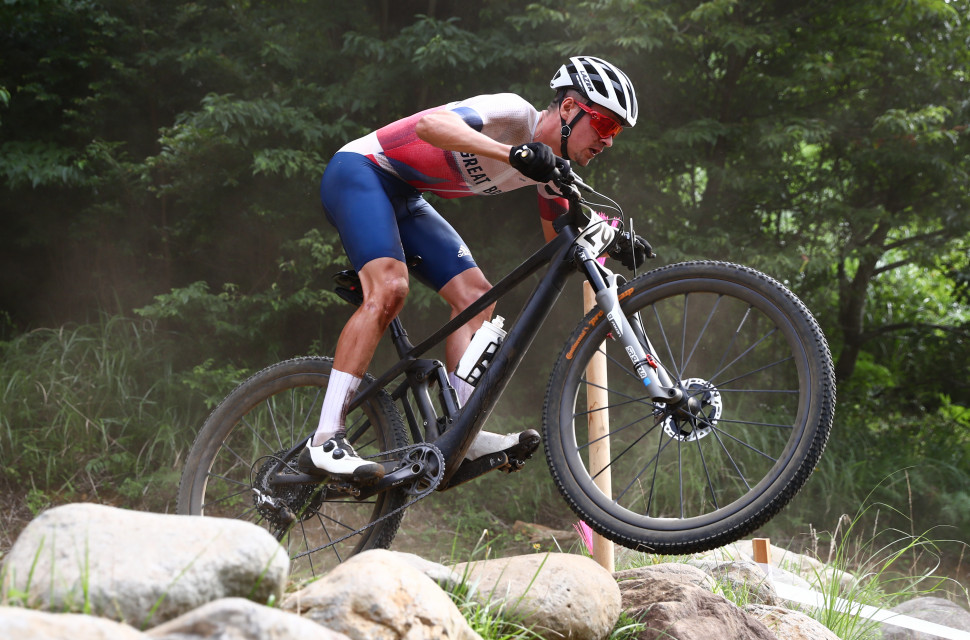 As Tom Pidcock brings home a gold medal for Team GB, we look at the bike that the INEOS Grenadiers rider was using after an incredible race performance that comes less than two months after breaking his collar bone after he was hit by a car driver during a training ride.

While his contract with INEOS Grenadiers means riding Pinarello road bikes, the Italian bike manufacturer does not currently produce a mountain bike, so Pidcock in many ways had a blank canvas and we believe had the option to test and ride the bike of his choice. Perhaps taking some insight from the 2020 World Champion Jordan Sarrou with many similar components chosen for his build. 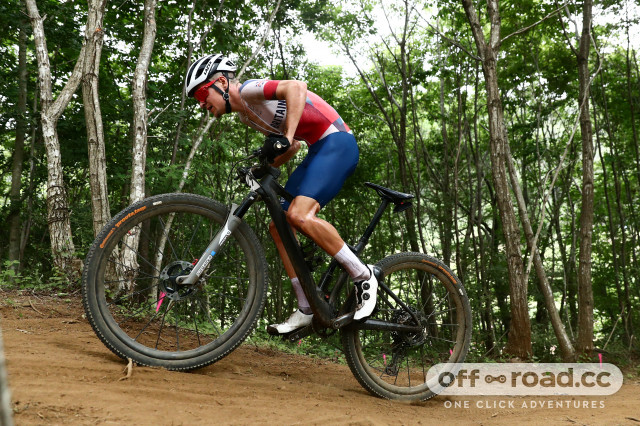 In March, INEOS Grenadiers released a video of Tom testing a new bike and kit, although the details were still kept secret. Here is what we know and think:

BMC is a high-end company, known within the road world but while the bikes are very popular in its home country of Switzerland, they are rarely seen here in the UK. We don't have a confirmed weight, but with the frameset quoted at 2170g, we would expect a total weight to be under 10kg (22 lbs). Given the incredibly technical course with short punchy climbs, the mix of full suspension design and dropper seat post with the ability to lockout both shock and fork would have created an efficient setup. 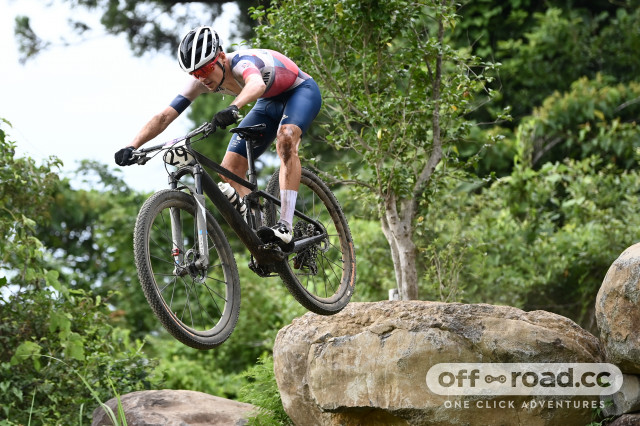 The groupset is Shimano XTR, using mechanical rather than electronic di2 with the chainset featuring a Stages power meter and brakes also Shimano XTR. The pedals are also Shimano and almost certainly XTR M9100 race versions.

The wheels are Syncros Silverton SL complete with carbon spokes with some intriguing prototype Continental tyres.

The prototype, or 'prouto,tarp' as they are branded are a mix of Continental Race King 2.2 and 2.3 Racesport tyres, which are not usually tubeless compatible, but in this case, being run tubeless.

We have heard from Continental that they are the result of "lots of overtime spent by the team in Korbach, and a special direct delivery for Tom went into this".

The tyres are labeled 154, which is the internal use compound code within Continental. Tom is almost certainly using a tubeless setup, although the choice of valves is interesting with the red front and blue rear valves either pointing to different brands or perhaps just keeping to the Team GB colour scheme. Our best guess would be Muc-Off tubeless valves, which are available in a range of sizes and colours.

The cockpit is a Syncros Fraser integrated stem/handlebar with external lockout and dropper seat post controls both on the left hand side with Tom using ESI grips. 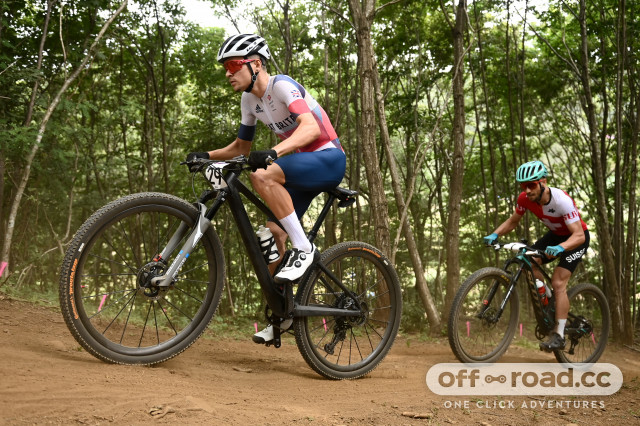 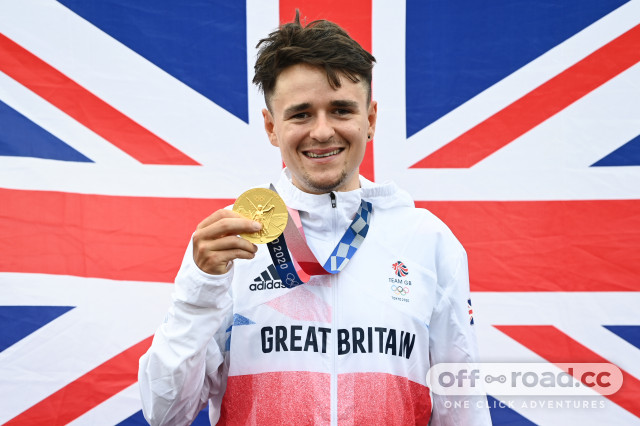 [All images are credited to Alex Broadway/SWpix.com]

Awesome bike. But at the end of the day, anyone can have an amazing bike. Amazing results are down to the rider. Hats off to Tom 👏 🏅