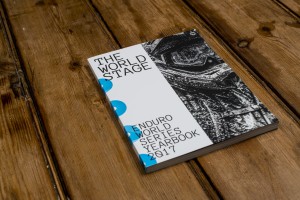 Anything can happen in racing be it Aaron Gwin's surprise chainless win at Leogang or Danny Hart's win at a sopping wet Champery in 2011. For Lapierre Zipp Collective's Isabeau Courdurier, however, things took more of an unfortunate turn during the EWS-E at Valberg.

The EWS-E rider says that she took a corner a little too wide where her front wheel lifted a sharp branch. She didn't crash but the branch went through her riding shoe and her foot entirely.

Isabeau was in the good hands of the Valberg safety team and after successful surgery, surgeons confirmed that she had no broken bones or tendons.

We've got the post below but viewer discretion is advised, the final image in the gallery is pretty brutal, to say the least.