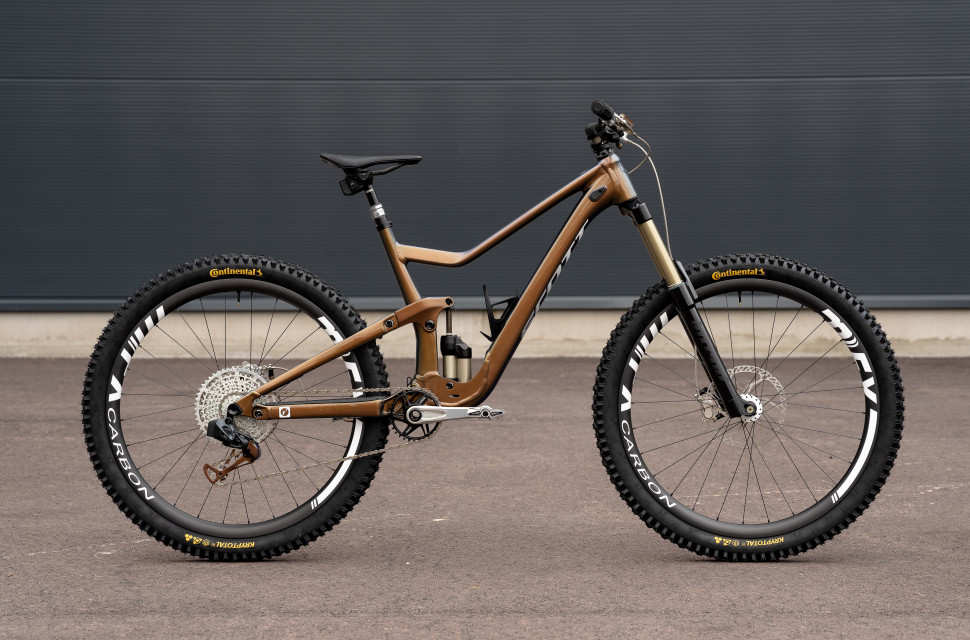 Gustav Gullholm, better known as Dangerholm, has taken a Scott Ransom and had his way with it. This time the Swede has not focused solely on creating a lightweight bike, but rather looked at reliability. Here's a deep dive into his latest creation, the Golden Night Scott Ransom.

With the Ransom, Dangerholm has chosen to build a bike without focusing on lightweight components but says each component has been thoroughly considered. That's because, while reliable, he wanted to put together a bike that's both fast and fun. 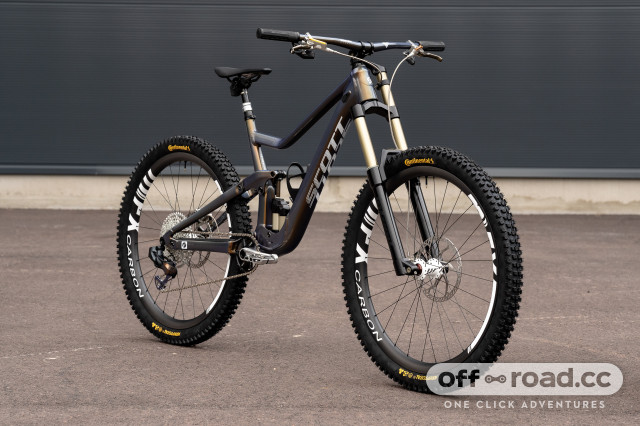 His latest bike is built around Scott's Ransom 930 frame. It's constructed of alloy, offering all of the features of the pricier carbon model but at a more affordable price. Gustav admits that it's not the most progressively shaped bike but it is well-balanced. It gets 170mm of travel and it's been finished with a chromacoat paint called 'Golden Night' which flips from a warm bronze to a blue/purple depending on the light. We saw a similar kind of paint on the Merida One-Forty 10K.

And although it represents a deviation from his usual lightweight style, the Golden Night Scott Ransom still carries one of Dangerholm's stable components - the Trickstuff brakes. 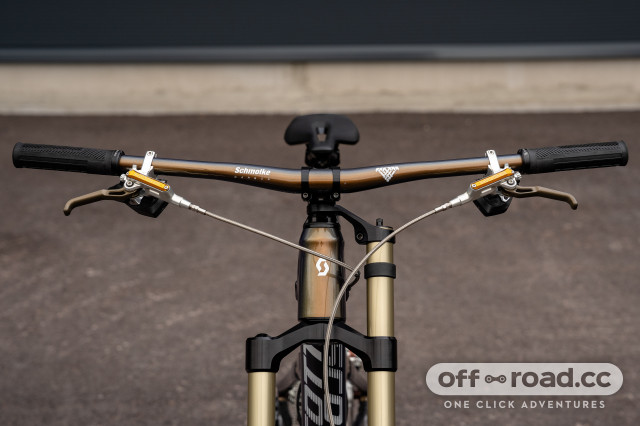 While the shape of the Ransom is certainly familiar, its suspension is another story altogether. At the front of the bike, there's an Intend Blackline Ebonite Bandit one-and-half-crown fork. This fork is all about air-spring performance as the extended upper is an additional positive air chamber. The user inflates this fork to twice the pressure required of a regular single-crown fork. It benefits from a super-supple initial stroke but as the suspension moves deeper into its travel, the extended portion activates, firming up the fork and offering more support. 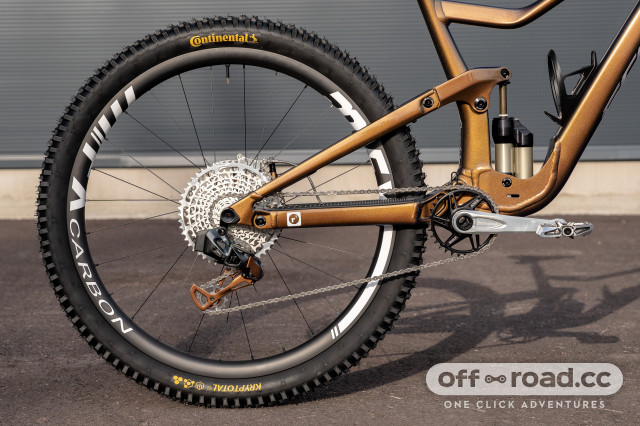 At the back, there's an Intend Hover Gamerchanger shock. This shock is far more than its unique aesthetic as the brand has focussed on reducing stiction to a minimum, making this one of the most supple shocks you can buy. It gets all of the usual facets that you'll find on a shock, including a lockout as well as rebound and compression dials but it gets a much larger than usual negative air chamber. It's said that this makes the shock feel 'coil-like', as it's so plush.