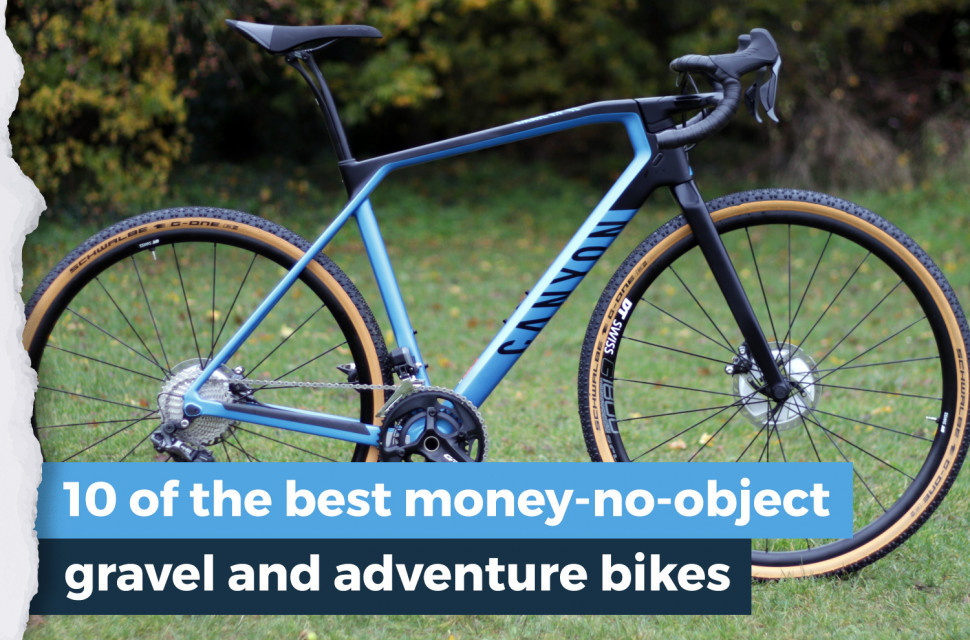 If you're after the top-performing gravel and adventure bikes you can currently buy, then look no further. We've ridden and reviewed a load of high-end gravel machines and rounded up the best so you can find the top-performing bikes, cost be damned.

If you're not sure whether a gravel bike is for you or what makes an adventure bike, then head to our buyer's guide to gravel and adventure bikes which will tell everything you need to know.

It might have drop handlebars and knobbly tyres, but the Salsa Cutthroat C GRX 810 is no normal gravel bike and nor is it a mountain bike. Instead, it is a hybrid of the two, designed to tackle the demanding ultra-adventure race, the Tour Divide. While that may seem niche, I found it incredibly capable and a huge amount of fun to ride.

This isn't a bike that will suit everyone but it is capable of far more than just big bikepacking adventures like the Tour Divide. For terrain that goes above what a standard gravel bike can cope with in comfort but keeping a more efficient and comfortable riding position against most mountain bikes, the Salsa Cutthroat delivers a very capable ride. 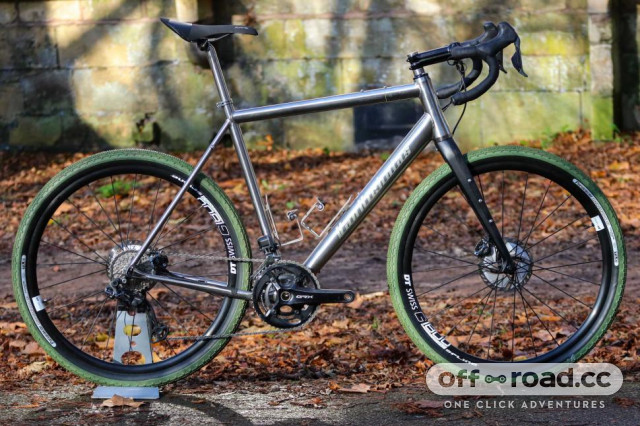 Gravel riding has given titanium a new lease of life as a frame material. The shiny grey metal builds into frames with a hard-to-define but addictive ride quality somewhere between steel's springiness and the compliance of some carbon fibre frames.

Van Nicholas bills the Rowtag as a 'crossover gravel racer' and it offers a stable ride whatever the terrain you're tackling. It's one of those bikes that holds its line well over pothole-strewn tracks and fast, bumpy descents, giving you loads of confidence to push the speed. 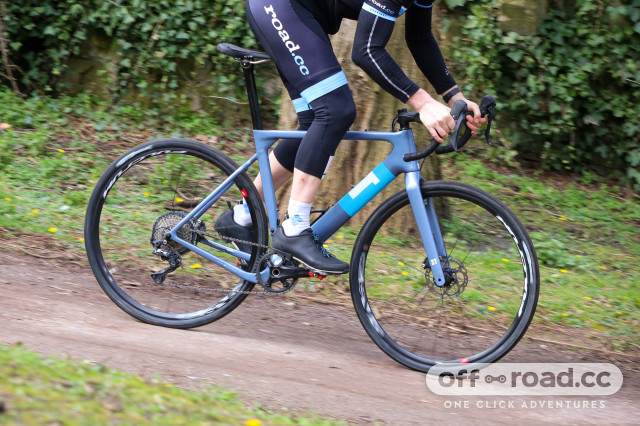 The 3T Exploro Team is an excellent gravel bike that's focused on aero efficiency, and this is the first complete bike in the range to be specced with a Shimano groupset. With loads of tyre clearance, it offers plenty of comfort and control to go along with its speed.​

3T unveiled the Exploro, designed by Gerard Vroomen (the co-founder of Cervélo who has gone on to design bikes at Open as well as at 3T), back in 2016, calling it "the world's first aero gravel bike". Fusing different genres can be chancy. You might end up with something cool like salted caramel popcorn, or you might end up with something hideous like a liver trifle. Thankfully, when we reviewed the 3T Exploro frameset we found that it was – and it remains – a triumph. 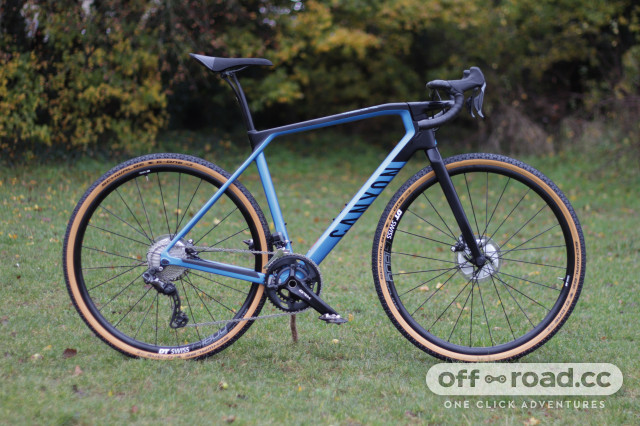 Few bikes stand out as much as Canyon’s carbon fibre Grail with its unique double handlebar design, but under those divisive looks lurks a bike that's seriously fast across all terrain thanks to great handling and comfort.

This bike is really all about the handlebar. It divides opinion, but there’s engineering sense behind it: the top section is designed to be soft and provide comfort, while the drops are stiffer for responsive handling when you’re smashing along in a gravel race or hauling ass out of the saddle.

The thing is, when you’re riding along and looking where you’re going, you don’t really notice the funky biplane look. Lay your hands on the tops and you find superb comfort – it really does iron out the bumps. Yet when get in the drops or hoods there’s no flex, so the bike feels direct and immediate under your inputs. It's easy to swap hand positions, too. 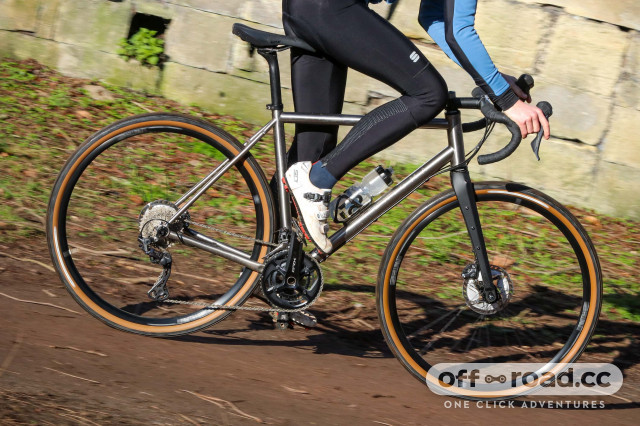 The updated Enigma Escape is a compliant, capable and versatile road, gravel and adventure bike that offers all the magic ride quality and durability titanium is renowned for. It's a fair bit cheaper than quite a few rival titanium offerings too, making it a good choice in a crowded market.

If you want to escape into the countryside and ride over everything that comes your way, the Enigma Escape is a grand choice. It offers all the compliant and fluid smoothness that titanium has become highly regarded for over the last couple of decades, and combined with the 38mm wide tyres it feels planted and calm on any sort of surface, be it rough country lanes or gravel tracks. 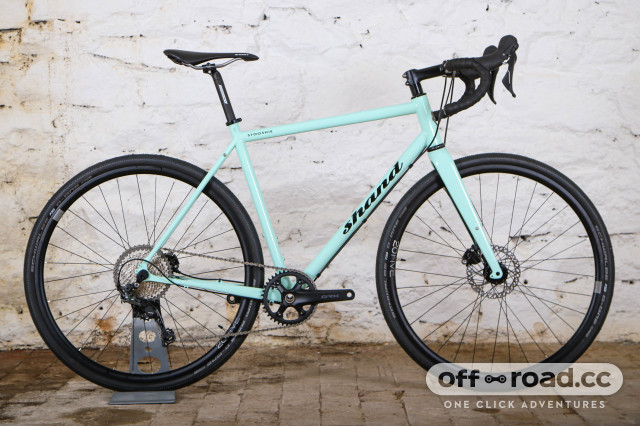 The Shand Stooshie is a comfortable and relaxed-handling all-road and occasional gravel bike with enough versatility to serve multiple uses. This version with regular dropouts makes it more affordable than the Rohloff model if you only ever want to run a derailleur-based drivetrain.

This is a bike that feels right at home cruising along country lanes, with a big route planned that may or may not include some forays into the wilderness via forest tracks and abandoned byways.

It's a comfortable bike for going the distance, the skinny steel tubes and big tyres helping to soak up vibrations effortlessly. It still impresses me that despite modern material and technology advances, a really good steel frame can be so silky smooth. 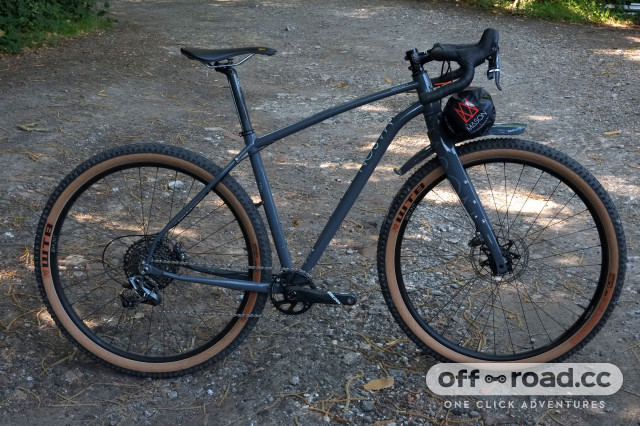 Sometimes a bike comes along that completely delivers in its capabilities, looks and build quality. The Mason ISO - In Search Of - is one of those bikes. With an Italian hand-built frame, a superb level of finish and detail it nonchalantly comes along and redefines what a drop-bar bike is assumed to be capable of being. It's more at the adventure end of the spectrum thanks to built-in racks and the ability to run to fat tyres for off-road comfort and traction, but it's still hugely versatile. 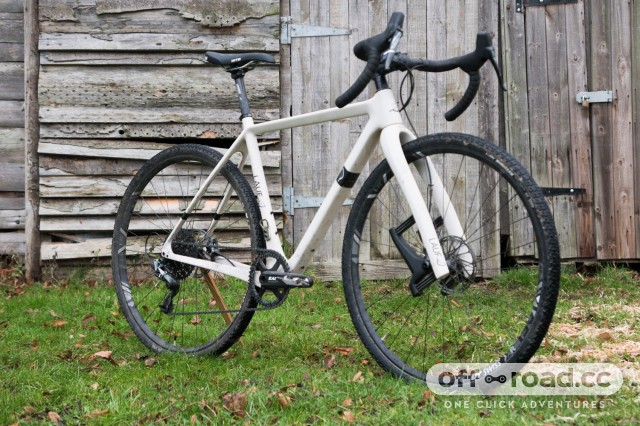 Lauf's True Grit shuns the usual versatility of most gravel bikes for a pin-sharp focus on racing, with their unique leaf-sprung fork taking centre stage on a bike that's quite unlike most others out there. As a complete package for going very quickly on dirt roads, it's hard to beat thanks to confident handling and superb comfort married to some serious speed. 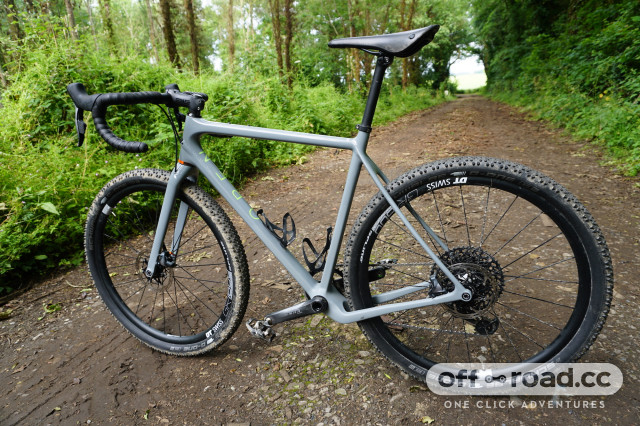 The brand new WI.DE (Winding Detours) gravel bike from Open takes wider tyres than the company’s original UP from 2015 and is all the better for it, with supreme speed over all sorts of surfaces, infused with great handling and low weight from the original it’s based on. The price tag puts it off-limits for many but you can now buy it as a either frameset and use your own parts, or a complete bike with SRAM AXS or Campagnolo EKAR in a selection of stock and limited run colours. 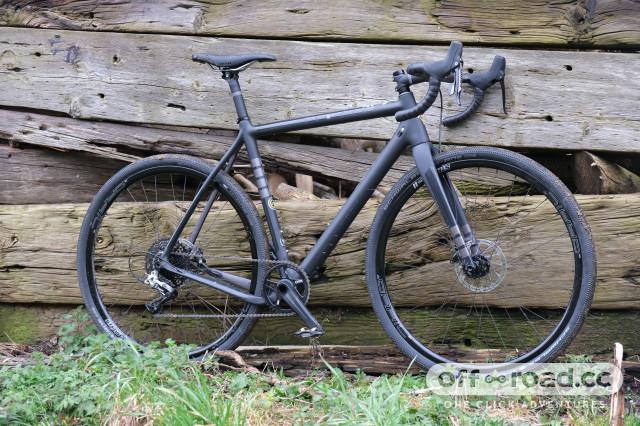 The Ibis Hakka MX provides a smooth and fast ride with great handling and space for wide tyres and versatility by way of mudguard mounts, and it’s light on the scales, but it is still a pricey prospect in a competitive marketplace, despite the brand's rich mountain bike heritage.

You can also check out a roundup of the best gravel and adventure machines from our friends at road.cc if you want yet more bikes to choose from.

I'd say if you can't define the ride quality of titanium, it ain't there

I thought all "gravel" bikes were 'money no object' , otherwise you'd buy pretty much the same bike without the word "gravel" in it!