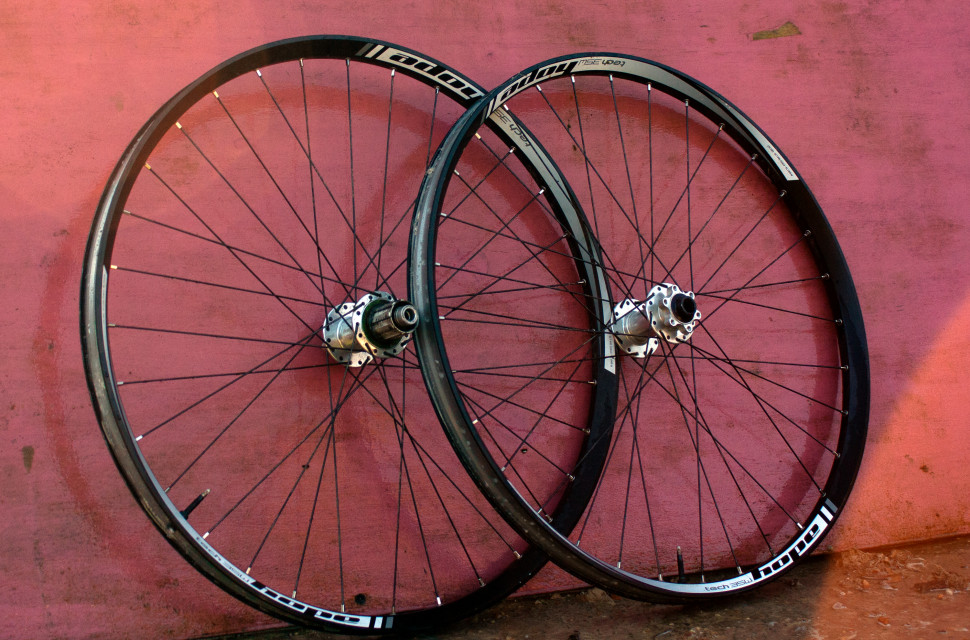 Hope's 35W Pro 4 wheels are super-sturdy, wide enough to make the most of aggressive trail tyres, spin on excellent hubs and offer impressive strength and durability. High weight means they're not the most sprightly option though, and climbing on them can be a chore.

The Pro 4 hubs, beautifully machined from T6-6061 aluminium, are as renowned for reliability as their blaring signature buzz when you back off and freewheel. The well-shielded sealed bearings in these have taken three seasons' worth of heavy use, and are still in good shape. Replacement is relatively easy, but from previous experience, they’ll last a long time before that's necessary.

The hubs are available in Hope's usual range of anodised colours (black, silver, blue, orange, purple and red), and our test set came in a very restrained silver. The hubs connect to the 35W rims via 32 black Sapim Race stainless steel spokes in double butted flavour, meaning they're thinner in the middle for some – in the case of these wheels – frankly pointless weight saving. 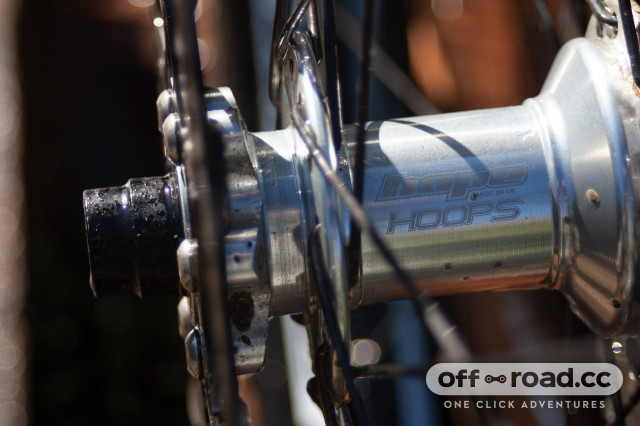 Those rims are, as the name suggests, 35m wide internally (40mm external), and available in 650b or 29in diameters. Tyres from 2.3in up to 3in blow up super-squarely, for a noticeable increase in grip over narrower hoops and wider base for more lateral support in the sidewalls. That in turn helps with running low tyre pressures.

Combined with a set of 2.5in WTB Vigilantes for the most of the test period, the 35Ws felt like the Goldilocks size for rims.

Running huge 2.8in and 3in tyres in some proper winter conditions – snow and filthy mud – was interesting, but this wheelset's almost 2.2kg weight combined with extra large tyres makes for a slow ride unless pointed downhill. 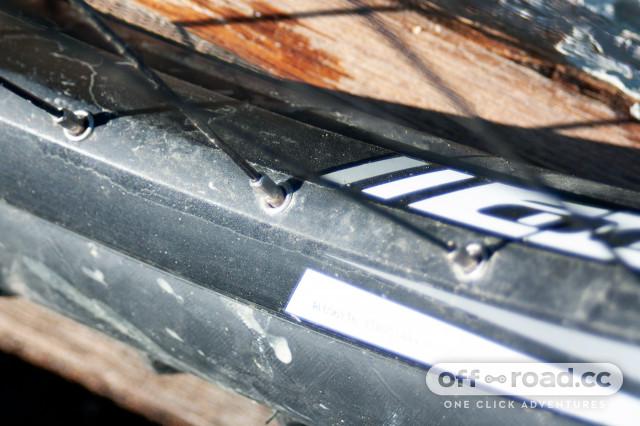 The hubs in this test set are Boost (Hope also do regular width Pro 4s), built with a standard crossed spoke style, using traditional J-style spokes – no harder-to-find straight pull spokes here – and whilst the  build is excellent, it's slightly soft and reliable rather than super-tensioned and punchy.

Its reassuring that after six months of riding they're still totally straight and airtight without tubes, with only a few scuffs and scratches to show for the hard use they inspire. It’s going to take some sustained work to knock these out of whack and, if you're like me, you won't mind the extra mass (most of the time) in return for that promise.

These certainly aren’t superlight hoops, but they'll definitely get you where you're going in the end – and it doesn't matter how rough of steep it gets in the meantime. So long as it's downhill. If this matches your own desires for cost (low), weight (whatever) and durability (extreme), Hope's 35W Pro 4s are a well-built, well-supported and well-proven choice.