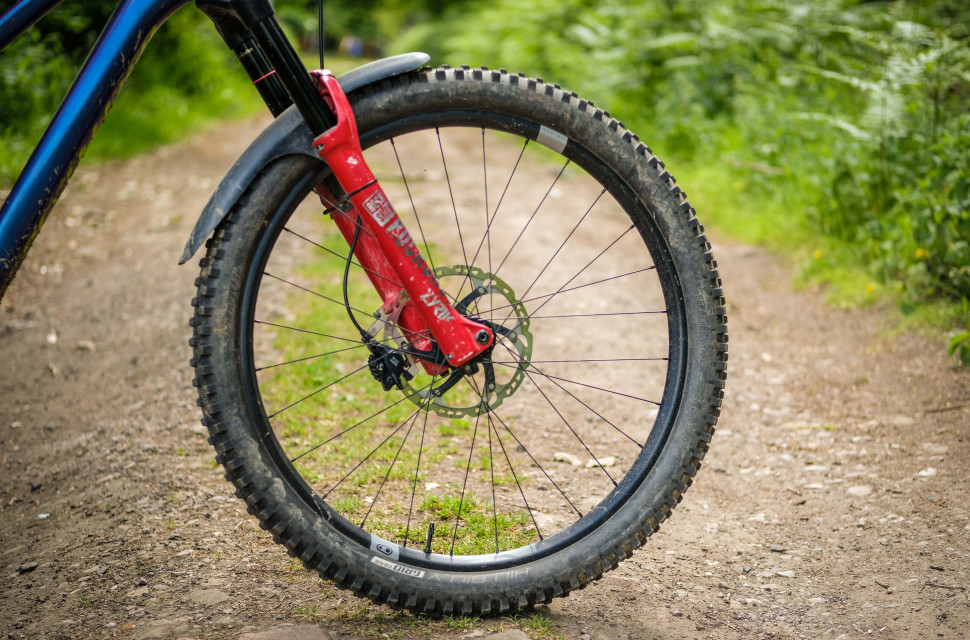 Crankbrothers' Synthesis Enduro i9 Alloy wheels are a more affordable version of their E11 carbon set, and use the same position-specific rim widths and spoke counts. It's a solid Boost-width 27.5" or 29" wheelset that looks smart and stays the distance, but the claimed benefits in compliance and tracking over regular wheels are hard to feel.

Just like the carbon E11 version I tested, the alloy Synthesis wheels are for enduro and all-mountain, and as such have some interesting design choices. They feature a marginally lighter front rim with a larger inner diameter (31.5mm) than the rear (29.5mm), and fewer Sapim spokes. The front has 28 while the rear gets 32, while spoke tension and weight also vary between wheels.

The theory here is that a more compliant front wheel improves handling and control, whilst the stiffer rear enhances stability and tracking at speed. 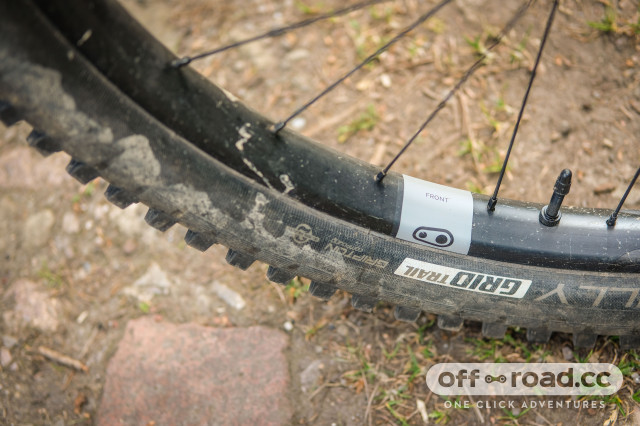 Whereas the carbon version has a thicker layup at the rear bead, the alloy rims only vary by 2g, which is unnoticeable. The average rider will be hard-pushed to notice the compliance difference, too.

The more tangible benefits come from the lighter front wheel and squarer profile it creates. Matched to suitably wide tyres (2.5" or 2.6") these wheels give a good, aggressive profile for front cornering grip and a more rounded one for faster rolling at the rear. 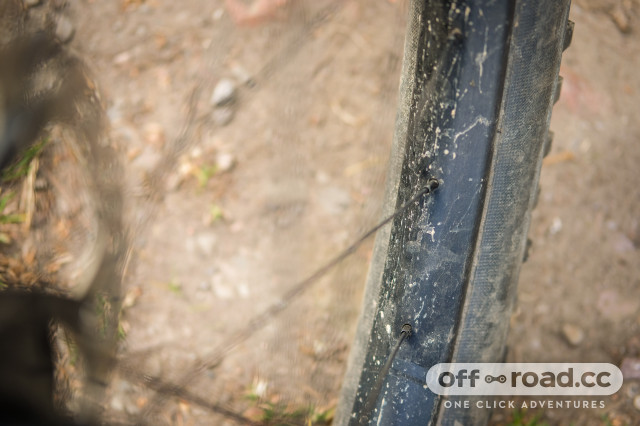 My test wheels were specced with Industry Nine 1/1 hubs, which are the more expensive of the two options. The 1/1 hub gives 90 points and four degrees of engagement via its six-pawl freehub ratchet – or to put it another way, super-fast engagement.

This makes them excellent for sprinting or racing, plus they sound great too! However, just as with the identical i9 hubs on the Raleigh-built wheelset I tested recently, the rear bearings are past their best in just six months, and will soon need replacing. 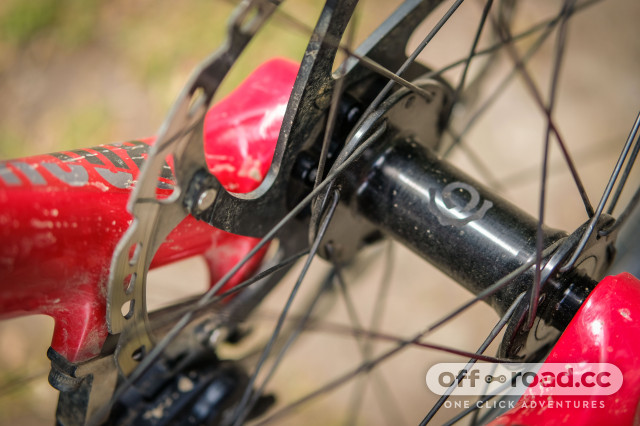 At 1,855g with the i9 hubs these aren't especially light, while if you opt for Crankbrothers' own-brand hubs instead they're chunkier still at 1,939g. On the other hand, this i9-hubbed pair costs £700, while the others are £500.

£200 for an 84 weight saving might sound steep, but remember you're also paying for the superior hub with four degrees of engagement rather than 17 degrees. 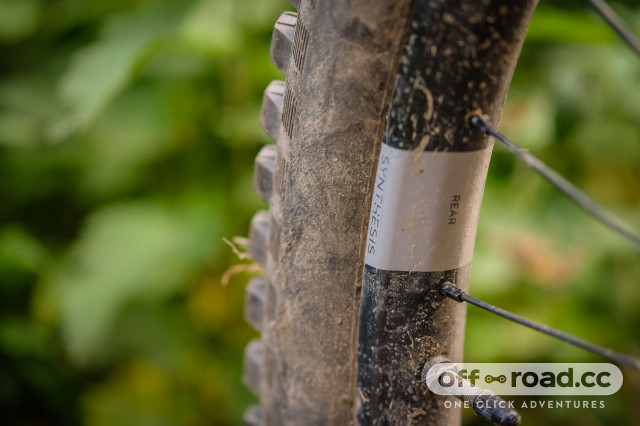 The Synthesis Enduro i9 Alloy wheels have a solid, reliable ride quality that nevertheless isn't noticeably better damped than their rivals. They're robust, get decent grip levels from your tyres and are a great deal less chattery than the carbon version – although not as precise.

They're neatly decorated with understated decals that look premium, too. 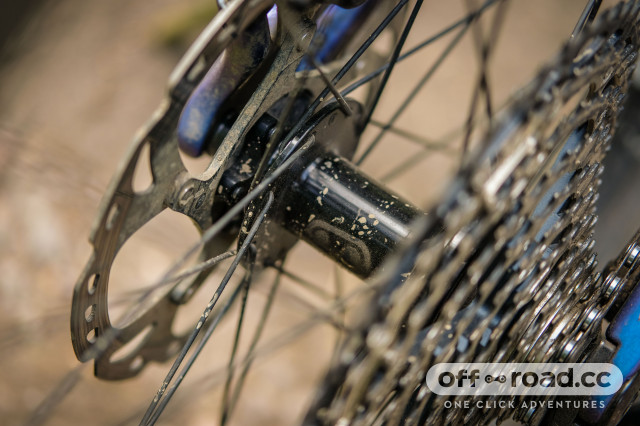 If you are a tyre nerd and want to eek the best from your wheel and rubber combo over technical terrain, the Crankbrothers Synthesis i9 Enduro wheels offer a good balance of tyre profiles, super-fast engagement and a quality build. You're more likely to feel the bearings fail than the claimed performance benefits of the rims, though, and that's a shame. 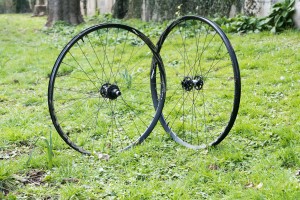