Skip to main content
Log In Register
Vittoria Mazza Enduro casing tyre review £60.00
A stiff tyre that's great in the dry, but not the mixed conditions tyre it's touted as

Relatively fresh in Vittoria’s line up is the Mazza, and it's an enduro/trail focused tyre that comes in two wheel sizes, two widths and two casings. While this Enduro cased 29er version performs predictably on loose surfaces in the dry or when damp, the Minion-esque looks and 'mixed conditions' label imply an all-round competency it just doesn't have.

The Mazza joins the ranks of tyres adopting strikingly similar tread patterns to the beloved Maxxis Minion DHF. Fair enough – the Minion is perhaps the most popular tread on the market, and it's certainly a top performer.

However, the Mazza is full of Vittoria’s own tech. Our 29x2.4” test tyre comes complete with Vittoria’s 4C Graphene 2.0 compound and a two-ply Enduro casing. 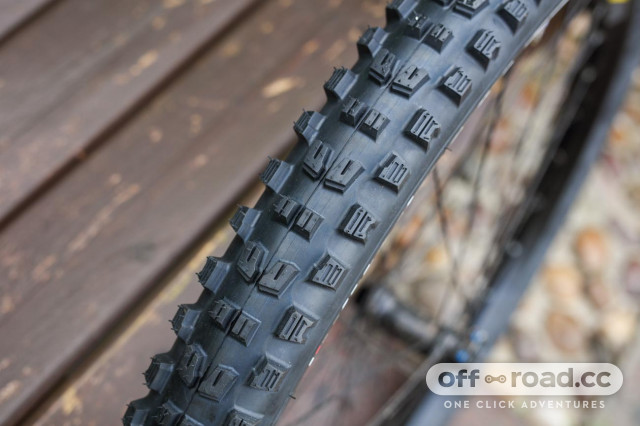 As its name suggests, the 4C rubber is made of four compounds. The centre tread uses two of the compounds with a stiffer one at the base for puncture resistance and stability when braking and climbing, and the softer one on top for grip.

The shoulder knobs get a similar treatment, but use a softer compound as the base (it's still relatively stiff to resist folding and provide stability when cornering), and a softer-still outer layer for grip. 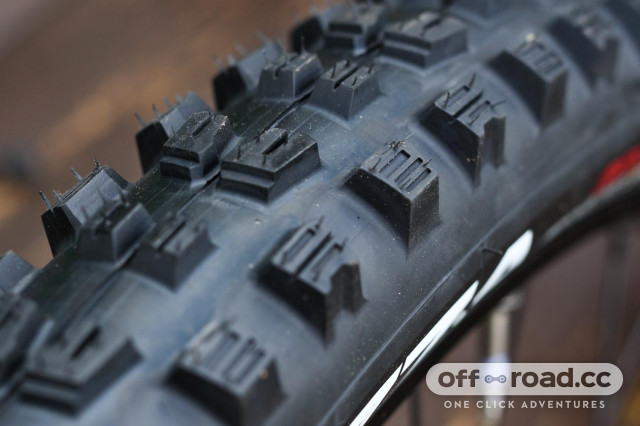 Unlike the Minion DHF, the Mazza is heavily siped. There’s not one knob that’s not cut here, the aim being to help the rubber deform and aid grip. Also, the centre knobs are shelved rather than ramped – Vittoria says it's better for climbing traction.

As for the two-ply Enduro carcass, it’s super stiff, resulting in a tyre that’s stable in the corners. It's good for rim protection too, which is especially helpful if you’re looking to save weight and stay away from tyre inserts. 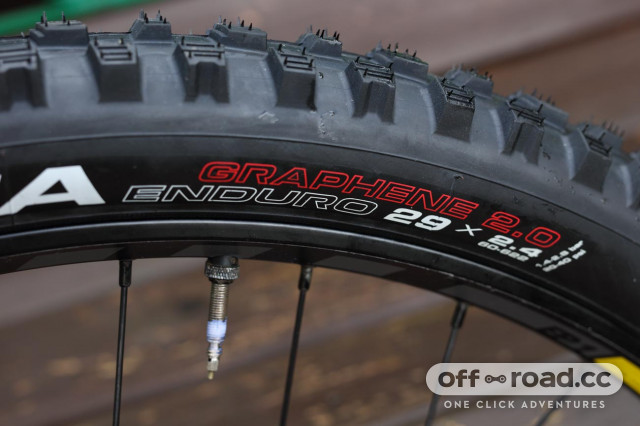 Much like the Minion DHF, the Mazza holds a nicely rounded profile when inflated onto a rim with a 30mm internal width. Thanks to that, and to its firm centre construction, it’s an excellent peddler.

Vittoria touts the Mazza as a 'mixed-conditions' tyre, as indeed the similar-looking Maxxis Minion is. A close look at Vittoria's performance chart, however, reveals it pointedly avoids mud, hardpack and the wetter end of the weather spectrum. That leaves loose terrain in dry through to damp weather. Not really a very varied mix, then.

On hard and dry trails it’s nicely predictable and provides plenty of grip in the corners, and given its pleasant peddling characteristics it's a great tyre. There's very little to moan about. Apart from its braking...

The Mazza just struggles to bite, making it unfortunately hesitant to slow down. As such I’ve not been quite as confident at speed over natural trails and steep tracks, as braking requires an extra bit of forward thinking.

Granted it’s a real technique no-no, but this tyre really doesn’t like braking while cornering, however dry it is. Trying it quickly leads to a drifting wheel / dirt meal combo, especially if it's steep and wet.

Ironically, despite (correctly) not being recommended for mud, the tread actually clears it quite well. 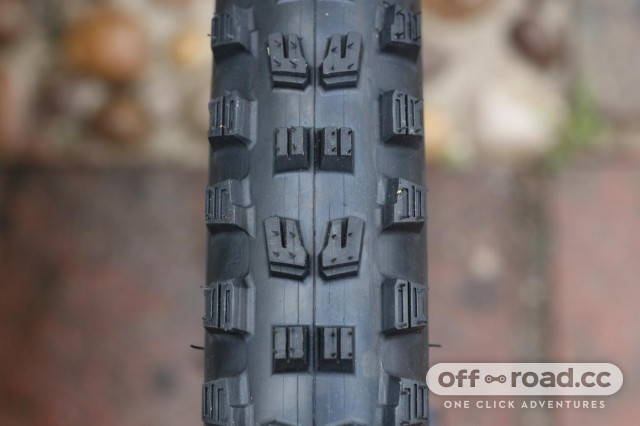 Well-groomed trail centre/bike park trails are where the Mazza is truly at home. It’s predictable and grips nicely, while you get the full benefit of the stiff carcass at those higher speeds. Generally, you have more time to think about braking before it’s time to panic too, but those braking distances are still noticeably lengthier than with other tyres. 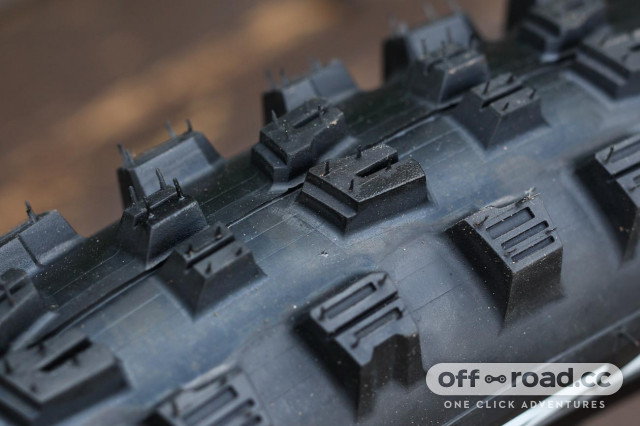 In a market stuffed with similarly treaded tyres that cope better with what are arguably mixed conditions – including that little-known UK weather type called 'rain' – unless you’re dead keen to save £15, it’s tough to recommend the Mazza.

Tyres such as the much-mentioned Maxxis Minion DHF (£75 in 3C MaxxTerra EXO guise) and the Hutchinson Griffus 2.5 Hardskin (which is just £46) ultimately perform better over a greater range of conditions.

If you’re mostly riding well-groomed trails that drain well, you have a bit of experience under your belt and you're looking to save a bit of cash (though not as much as you could), the Vittoria Mazza will work for you. However, wet weather performance is rather limiting, its braking isn't as confident as I would like and the competition it faces is fierce.