Skip to main content
Log In Register
Continental Trail King ProTection Apex tyre review £60.00
Good in the dry on the front, but excellent – and more versatile – as a rear 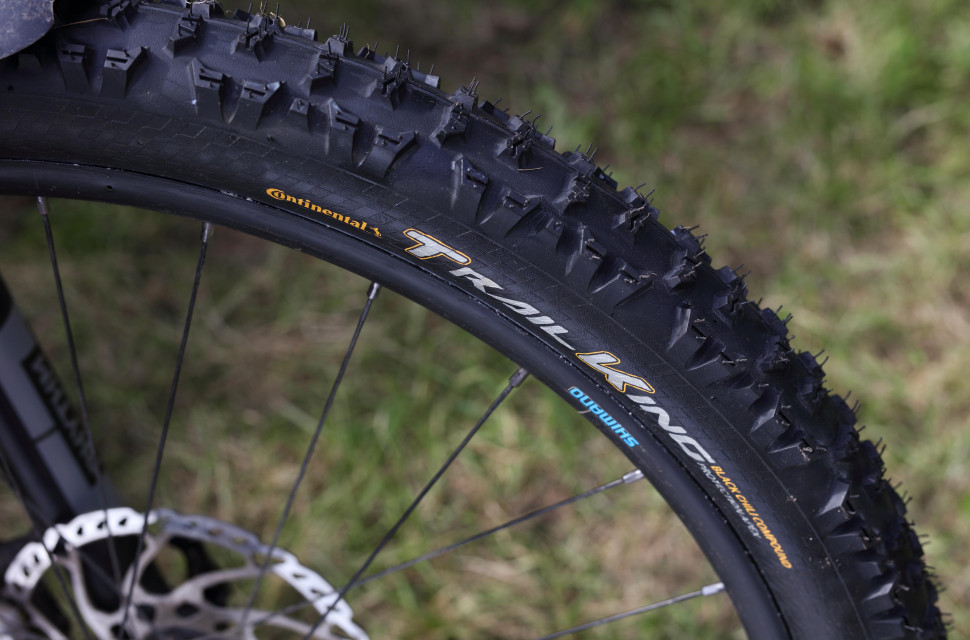 Liam Mercer
|
Nov 12 2020
|
Overall
Quality
Performance
Value
What's good?
What's not?
Buy if...
You're looking for tons of grip on the rear, or a great-cornering front for manicured hardpack

The Continental Trail King ProTection Apex is a fast-rolling and ultra-grippy tyre on hardpack, especially on the rear. However, it lacks braking bite on steep trails, and can feel vague as a front tyre in the wrong conditions.

There are many specs of Trail King, and this one is the 2.4" wide ProTection Apex version for 29" wheels. It features the Black Chili compound, has a four-ply reinforced casing and is officially Tubeless Easy. Note, however, it’s a very tight tyre to fit.

Slung onto a 29” wheel there’s no doubt it inflates to a very round shape. The knobs aren’t overly aggressive either, and as a result of the combination it rolls well on the pedals. 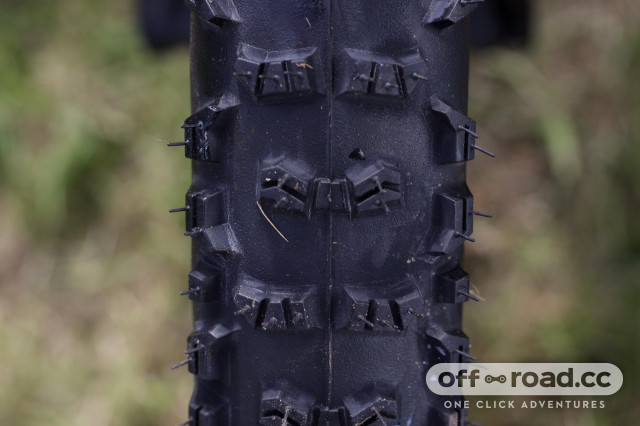 The symmetrical centre tread  offers a consistent feel as you lean the bike and if anything, grip feels more confident with some angle on as both the shoulder and centre knobs engage with the ground.

On the rear, the Trail King is a top performer. As mentioned before, it pedals very pleasantly and I find it very difficult to force into a slide without grabbing a fistful (and I mean a real fistful) of rear brake. The ramped, paddle-style knobs offer excellent traction on climbs, and thanks to the rather spaced-out tread, it sheds mud very well too. 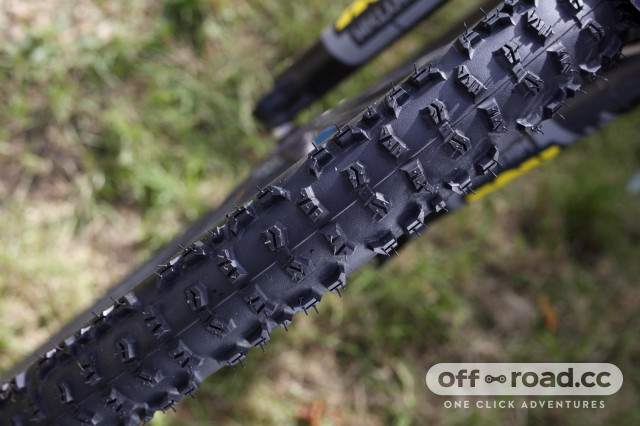 Over manicured hardpack, the Trail King works just as well on either end of the bike, and the performance of those scooped shoulder knobs really becomes noticeable. You can really feel them hooking in and holding against lateral forces. That just gives you heaps of confidence in the corners. 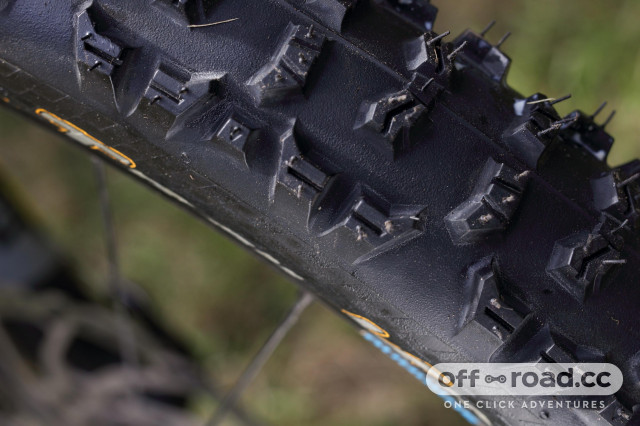 When trail steepens, dampens and edges into natural territory, though, the Trail King gets a little nervous on the front. The tread isn’t quite aggressive enough to properly dig in and provide confident braking power.

Nevertheless, while it doesn’t feel as direct as something like a Schwalbe Magic Mary in the wet, it's still good enough to get you down steep trails without too much drama. If you’re riding wet and steep a lot, though, you need to look elsewhere at something spikier.

On those very same steep and damp trails, the Trail King performs really well as a rear tyre. Some sliding will inevitably occur, but its grip to rolling-resistance ratio hits a very happy balance.

The Continental Trail King certainly lives up to its name – it's great on trails, especially well-maintained ones, and it blows up to roughly the size of a continent. It excels as a rear tyre, but still treats you well as a front throughout summer months, and does a pretty respectable job in the changeable autumn weather too. Lovers of steep and wet will crave something a bit more aggressive on the front, though.