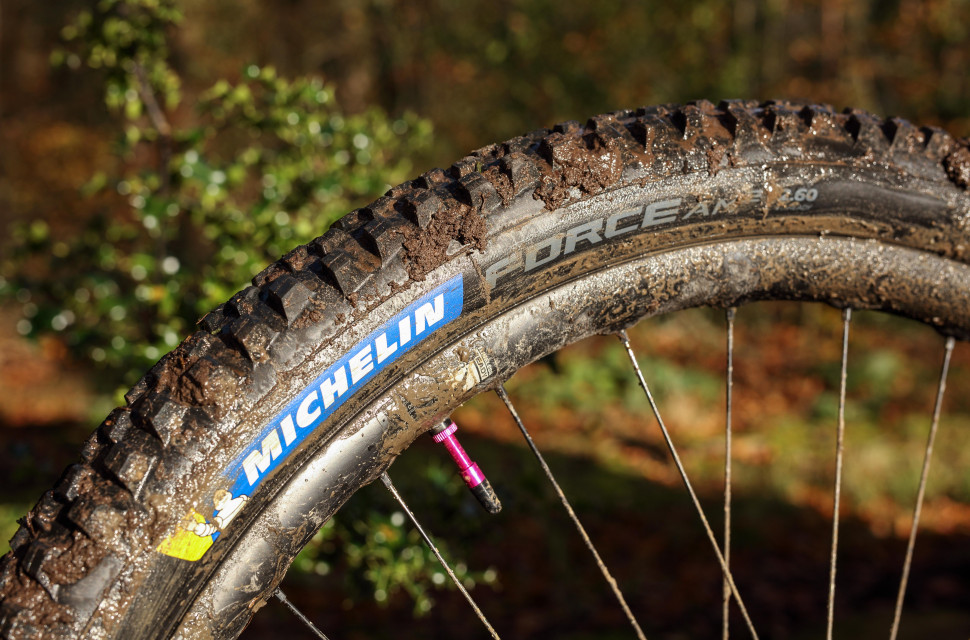 The Michelin Force AM2 is a fairly recent addition to the brand's well-received tyre range. This tyre fills the gap for a fast-rolling design intended for mixed terrain, hardpack and trail centre conditions. It makes for a solid rear tyre in the dry that can stretch for when things get a little damp, but it's not without its quirks.

Michelin's Force AM2 is a tyre designed for efficiency on the pedals with a closely packed tread. The fast-rolling design is aided by the Gum-X technology, a rubber compound that's harder in the centre, which boosts efficiency and makes for a harder wearing tread. Then, the shoulder knobs are made of a softer rubber in the name of cornering grip. The Force AM2 is also made to be pretty durable with Michelin's incorporation of Gravity Shield casing. 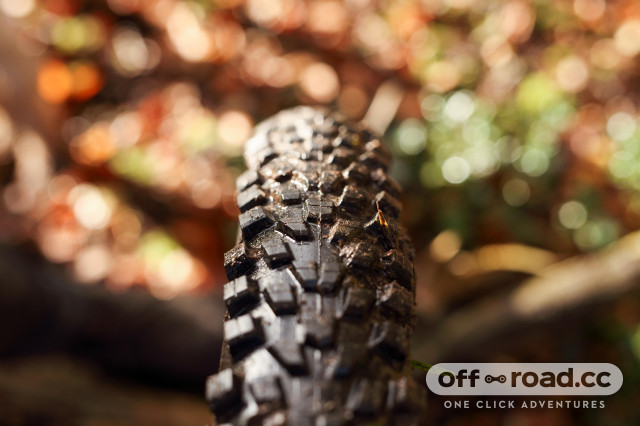 Blown onto a rim with a 30mm internal width, the tyre’s profile definitely comes up around and considering the Force AM2’s intentions, that’s a good thing. It means that when upright, generally as you’re pedalling, only the centre tread is in contact with the ground, minimizing resistance.

When combined with a reasonably packed tread, it results in a tyre that leans very predictably as there are no dead spots between the knobs.

Under pedalling, the Force AM2 rolls reasonably well, especially for its weight. Traction while climbing isn’t too shabby either, only breaking grip in areas where you would expect. 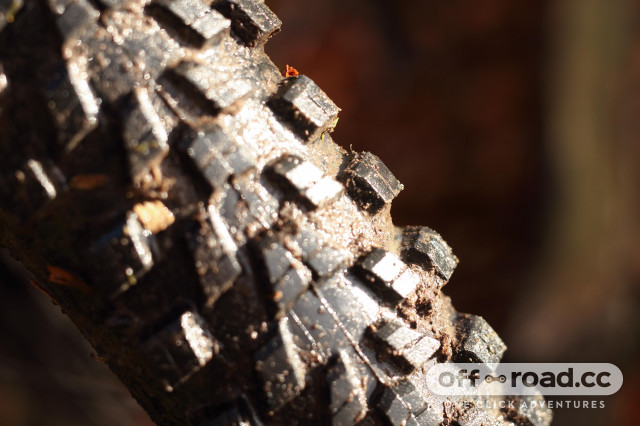 It's confident while cornering, too, thanks to that consistent feel as the tyre is leant on those softer, bigger shoulder knobs.

Where the tyre begins to falter is under braking. Because of Michelin's goal to create a fast-rolling tyre, the tread is a little too short to dig in when you're pulling on the anchors. Even in the dry, it's eager to lock up, requiring a more conscious effort to modulate the lever as you beg for traction.

Michelin touts the Force AM2 as a tyre capable in mixed conditions, but I've found that it's where the tyre's limits are found. When there's a film of grease coating the trail, the tyre's tread isn't quite aggressive enough to dig in. Then, the tyre has a tendency to throw in a few surprise slides. That remains true in softer lateral compressions where the tyre is keen to slip. It's not the end of the world, but if you're true mixed conditions grip, this tyre isn't the one. 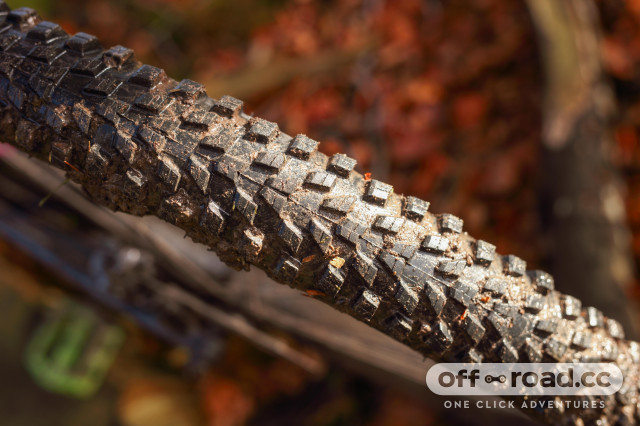 While the Michelin Force AM2 definitely has a couple of positives, it’s a tough tyre to justify in a market saturated with excellently performing tyres. At £52, it’s cheaper than many, but tyres like the Maxxis Dissector offer huge versatility, low rolling resistance and shed a few grams with an EXO+ casing. A Dissector with an EXO+ casing will set you back £75, though…

Coming back to price, the WTB Trail Boss is a tyre that you can fit and be happy with for 95% of the year. Granted, it is draggier due to its flatter profile, but it’s much more confident on the brakes. The WTB Trail Boss costs £58 and is more predictable in a broader range of conditions. 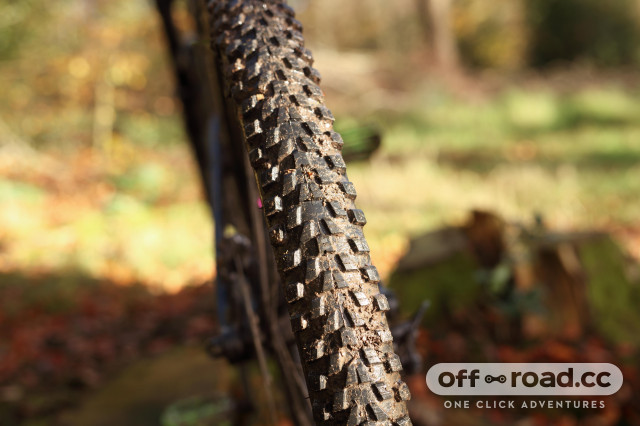 Though, the Force AM2 finds itself in a somewhat niche part of the market. There aren’t many low profile, big volume tyres that come built with strengthy casings. However, generally, riders looking for a big volume tyre with a strong casing are often looking for more aggressive treads anyway.

The Michelin Force AM2 will appeal to a lot of trail riders who are looking for a tough and reasonably quick-rolling tyre for primarily dry weather riding. Its low price and low rolling resistance make it well worth consideration, but in a market saturated with great tyres, it may find itself overlooked.

A specialized tyre for hard and mixed terrain, which optimises efficiency for all mountain riding. Grip is good on hard surfaces but fades when things soften or get damp.

Rolling resistance and general grip is good although traction under braking isn't too great. Then traction in mixed conditions isn't ideal.

The Gravity Shield casing is strong and there is little sign of wear.

Edging over to the weightier side when compared with other tyres.

If you're happy to sacrifice some performance in mixed conditions and grip when braking, it's a well priced tyre.

Performance was good on hardpack aside from lacking traction during braking. Mixed conditions wasn't as good but usable.

Fast rolling for the tyre's weight.

The Force AM2 is a tyre that performs at its best in more specific conditions than Michelin says. If you're riding through primarily mixed conditions you'll be asking for more grip in the corners and while braking. The latter is still to be said for hardpack and trail centre conditions.