Skip to main content
Log In Register
Torque Slimline 12 multitool review £20.00
A slim, minimalist tool, but the spanners are a weird choice 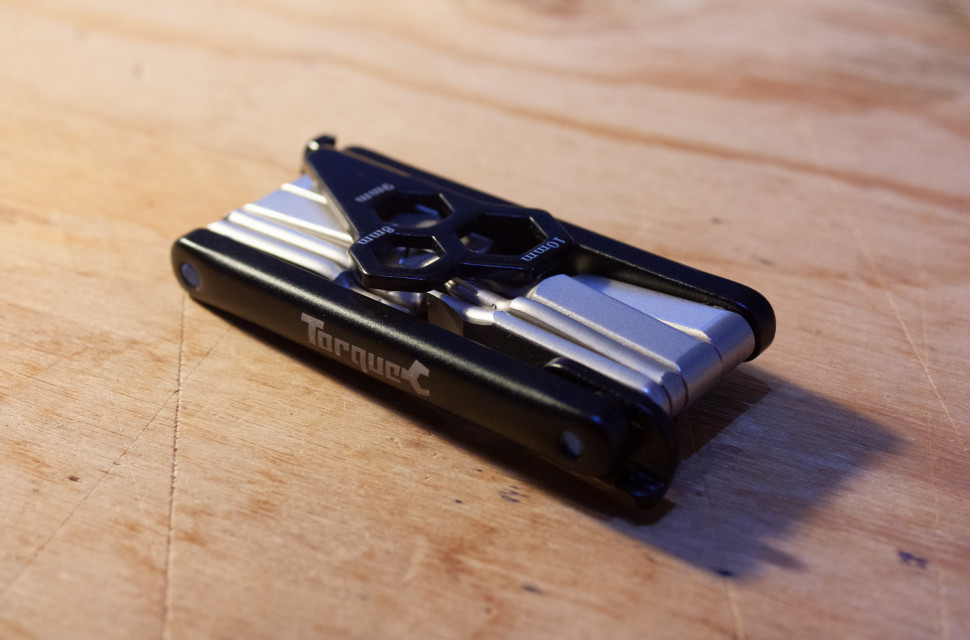 Adding to the plethora of compact multitools on the market, this compact and pocket-pleasingly slim tool has all the useful bits you’d hope for, plus three I never even needed to use. The quality of all 12 tools is high, but the inclusion of three spanners seem very out of touch.

Using chrome vanadium for tough, hard wearing bits, Torque includes Allen keys in 2-6mm, a T25 Torx, crosshead and flathead screwdrivers, a tyre lever and, yes, spanners. These are 8, 9, and 10mm. The bars tying them all together are 6061 aluminium, and feature some tidy laser-etched graphics.

As usual with easily portable tools, the compact size is a compromise – though I do have large hands – that can make leverage hard to come by. Conversely, the small size helps in keeping it stashed easily, so at least you have it when you need it. A sleeve would be handy to keep it from the muck if you're strapping it to the bike, though. 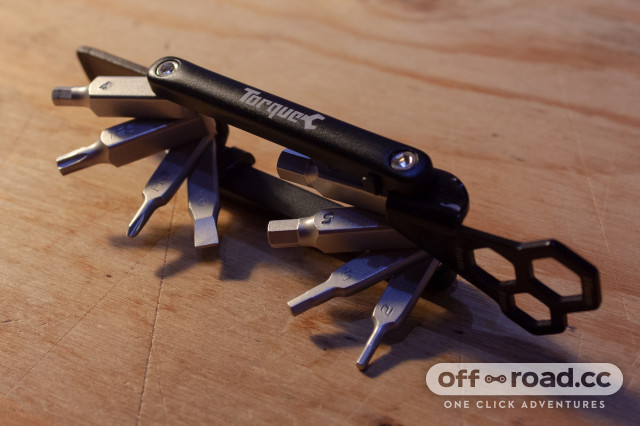 It's best for small adjustments to brake levers and so on, rather than full-on maintenance and repair.

I like the lack of plug-on (and drop off) bits, but the spanners will be wasted space for anything but riders of ancient pub bikes - they could be handy for clunky mudguards or cantilevers from some other century, I suppose.

The tool is well-made with a solid feel, and the tyre lever is particularly strong – though as it’s metal, I’d think twice about using it on carbon, and even take it easy on aluminium. No, it's not going to break, but metal is not the best material for this, perhaps. Then again, you can probably attack your pub bike's rusting oil-drum rims with gusto and it'll do you proud.

At around £20 it’s not bad value, with a quality build that's going to last without resorting to huge chunks of metal. It's one for shorter rides, where getting home won't be a mission if something goes properly wrong, as the lack of a chain tool or spoke keys limits its fixing ability. Its a little bit unsuited for a modern mountain bike – or gravel bike – but decent enough for all that.