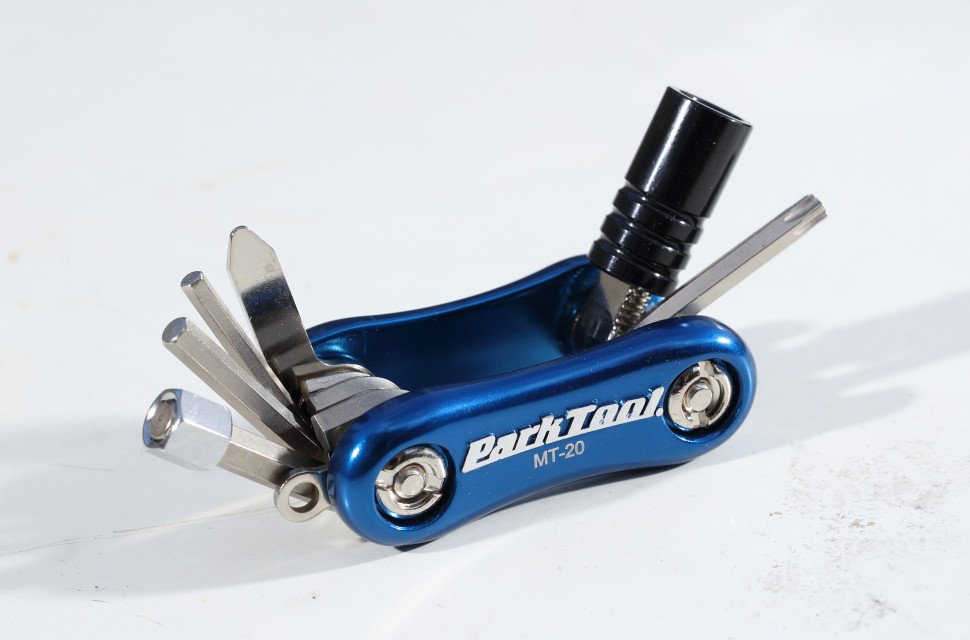 Liam Mercer
|
Nov 26 2019
|
Overall
Quality
Performance
Value
What's good?
What's not?
Buy if...
You want a small tool for short blasts in the woods or rely on an in-car kit for serious jobs

Park Tool’s MT-20 is an incredibly small multitool that carries only the bare essentials. If you frequent the bike park or are partial to a lunchbreak spin, this tool is easy to dump in a pocket and forget about until you really need it. However, the MT-20 won’t get you out of every situation without a walk back to the car.

Minimalist is the best way to describe the Park Tool MT-20. It carries only the bare essentials should you find yourself in a spot of bother. It has 3, 4, 5 and 8mm Allen keys, plus  a Phillips/flathead combo screwdriver and a T25 Torx.

One neat bonus is that it comes with a Co2 inflator – we’ll get to that later – and also a key ring holder, which is a hint as to the intentions of the tool. 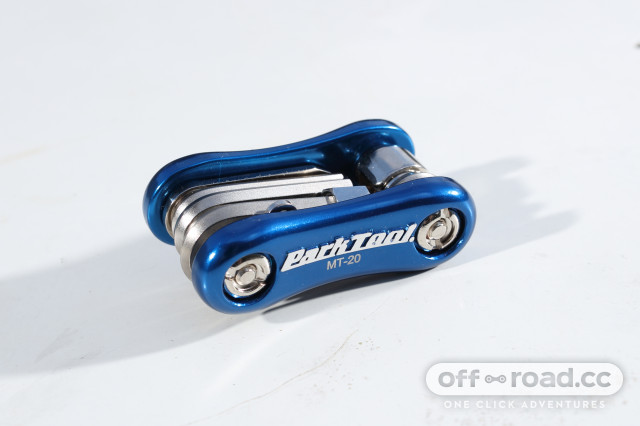 In use, its compact size is a hindrance. It doesn’t offer a whole lot of leverage, so breaking tight bolts becomes quite a task. The MT-20 lacks the full range of common bits found on most other tools, so you’re stuck if you need to remove your thru-axle to repair a flat. It's also missing a chain tool.

The upside of its small size and limited range of tools is that it weighs just 95 grams. 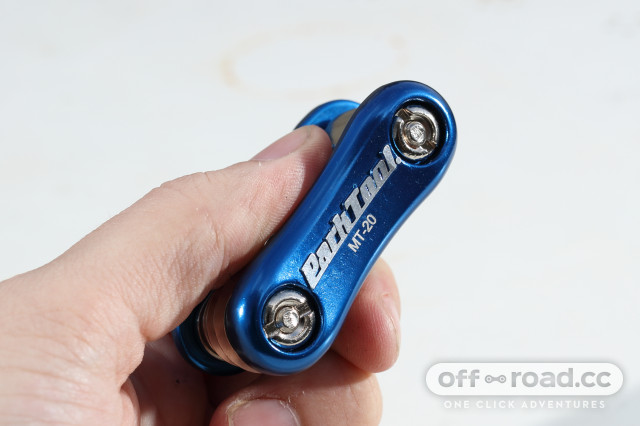 The inflator, while a great addition, is mounted on a flat but threaded piece of metal. And because it's flat, it leaves the threads exposed to water, dust and dirt. Even when clean – I kept this in my pack – the thread is extremely faffy, sometimes accepting the inflator onto its mount without problem, but more often than not crossthreading and requiring repeated careful attempts. 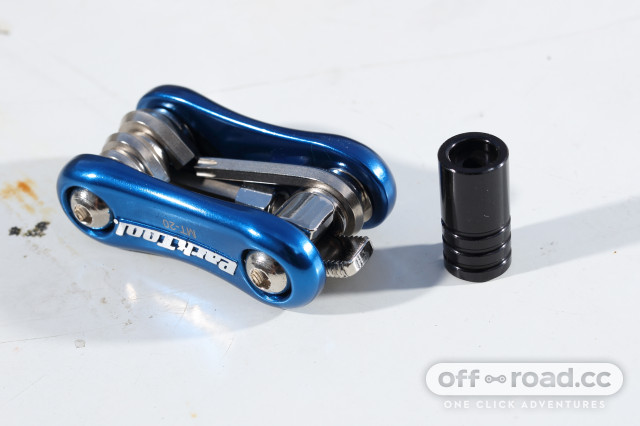 While it only offers the absolute minimum, the Parktool MT-20 does cover the essentials. It’s great for minor cockpit tweaks and nipping up loose bolts on a new bike. If you’re staying close to your car and want to carry as little as possible, the MT-20 is a valid option, but it doesn’t stack up to many better equipped yet still slimline offerings on the market – especially for the money.