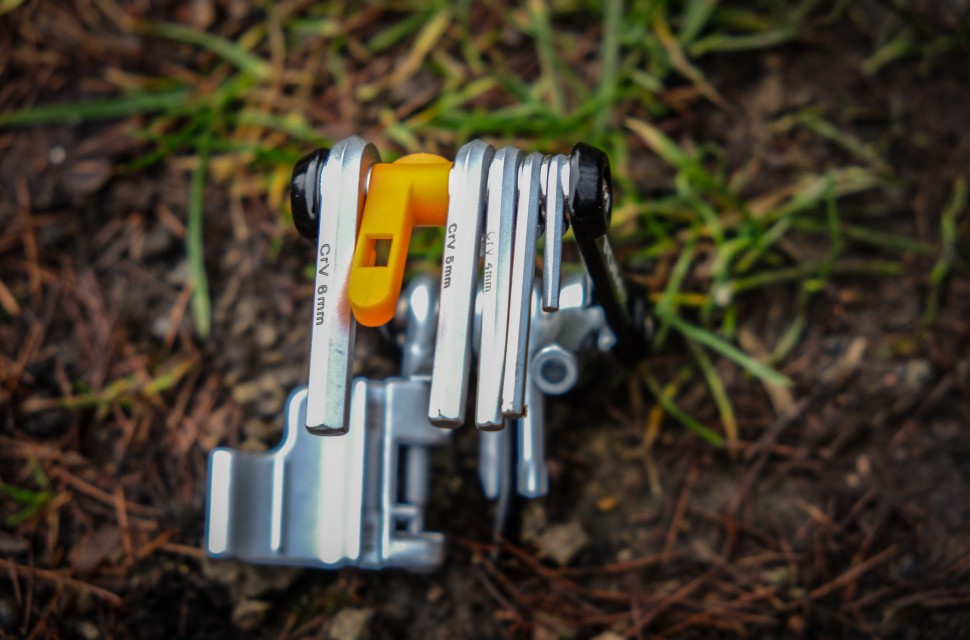 Ty Rutherford
|
Apr 22 2021
|
Overall
Quality
Performance
Value
What's good?
What's not?
Buy if...
you want a tool to cover every eventuality and have a backpack to carry it

The TOM 18 from SKS is the largest of its range with – surprise! – 18 tools. It's solidly built and covers pretty much every eventuality out on the trail, but it's quite heavy and fairly bulky too.

The standard bases are covered with six hex keys ranging from 2.5 to 8mm, a Phillips and a flat head screwdriver, and a T25 Torx key. The 8mm hex is particularly useful for crank bolts, pedals and the like, and is often missing from smaller multitools.

The chain tool has a good ergonomic shape which is comfortable under the force of splitting a chain. It has enough leverage to push out stubborn pins, too, and once unscrewed from the main part it also tightens spokes and works as a tyre lever. 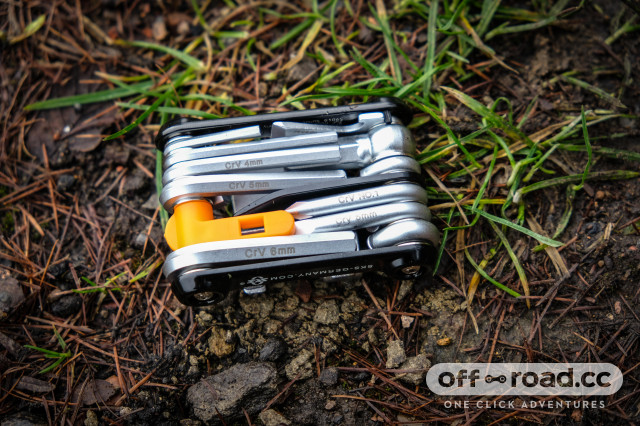 You also get a second, separate tyre lever, but it's not very well shaped and its more pointed end could cause pinching issues if you’re running tubes.

Also, as both levers are metal they really are only for emergency use, because they're guaranteed to mark or damage the soft alloy of your rim. 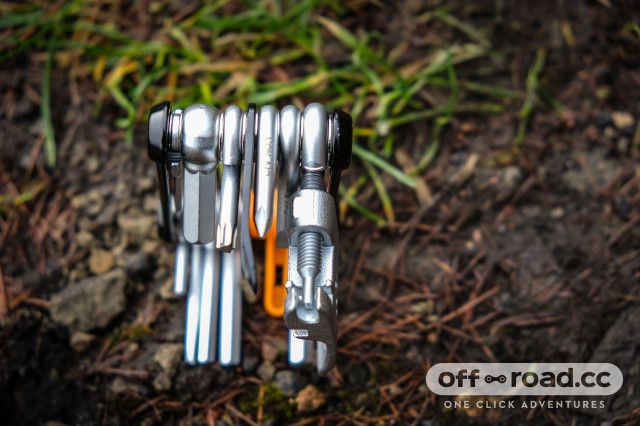 The pad spacer tool is a nice touch for last-minute car park faffers, as is the bottle opener built into it – clearly an essential feature!

SKS even includes a plastic holder for a spare chain pin, though as a quick link is so much easier in emergencies it's space that could perhaps have gone to something more useful. 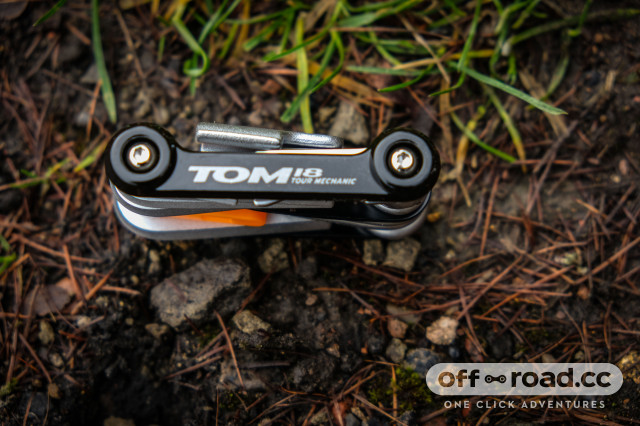 At £29 it's well priced against the competition – the Topeak Tubi 18 is £37, for instance, though it's also much lighter at 119g. The Crankbrothers M19 is more too at £33, but much sleeker and still lighter (175g) despite coming in a metal case.

The Alpkit Love Mud Trailside 16 may be down a couple of tools on these, but it's slim, compact and only £12.50.

In the TOM 18, SKS has produced a mostly well thought-out and solid multitool to take on pretty much any trailside faux-pas. It is functional and very solidly built, but it's up against a lot of competition that's often slimmer and lighter for pretty similar prices. 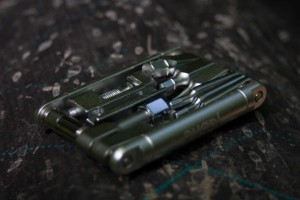