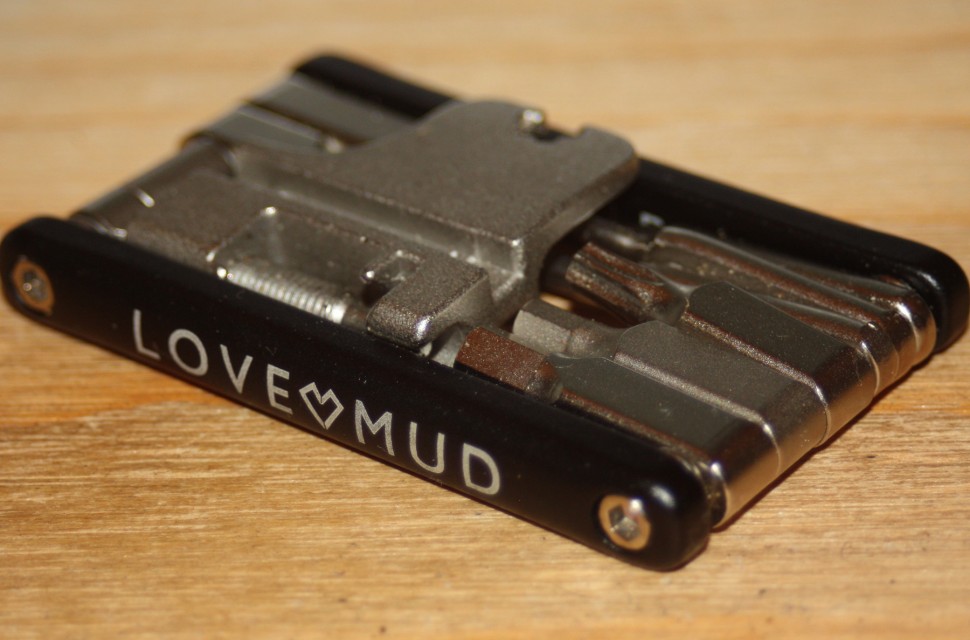 Alpkit's Love Mud Trailside 16 is a compact multitool for trailside tinkering with most common bolt sizes covered - its positioned as an ‘emergency trailside repair’ tool - and its half the price of a near identical tool from another brand.

With 16 tools - that covers the essential Hex sizes of 2, 3, 4, 5, 6, 8mm plus spoke keys and a Mavic spline, flat and crosshead screwdrivers and a chain tool. With most of the core requirements covered, the Trailside 16 is super compact, nicely shaped and easily stowed in a pack, shorts or jersey pocket.

The corners are cleanly rounded, and the chain tool hasn’t started to become loose and rotate too easily. The tools initially are a bit tight to get out, but became easier over time, and haven’t loosened too much. Partly thanks to the thread lock used to hold the pins in place.

As I mentioned in my review of the similar tool, it's very small, and with cold hands it can be a little fiddly to use, it's by no means a big issue, just at times I’d like a little more material on the tool to use it, but that compromise comes with its low weight and size. 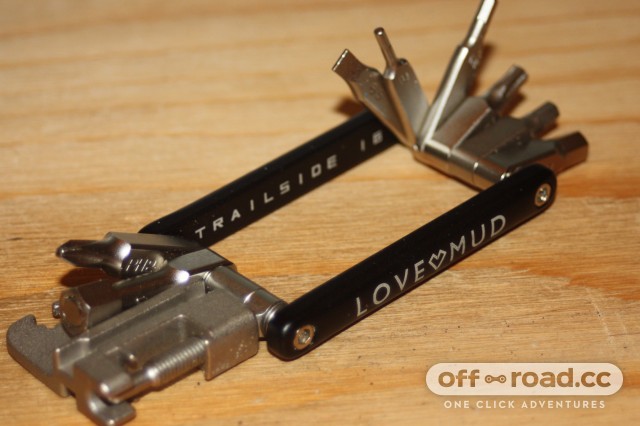 At around 190g, its barely there, and for all the essentials, it covers what you might need on the trail, it's by no means a workshop level tool and it would have been good to have a couple of other Torx sizes as some chainring bolts are T30. The chain tool is suitable for 11 speed chains, which is a good touch.

Being nearly identical to the Fabric 16 tool, a lot of my thoughts are similar, but the Trailside 16 is half the price. It’s hard to check 100% if the metal is any different (thinking it could be a cheaper, softer type), but during use, it's not rounded or distorted. Either way, its half the price and that’s a big saving.

So despite being a bit fiddly for larger of hand, its lightweight, got most of the essentials tool sizes and is a very competitive price.

It did its job, and didn't let me down.

At the price, yes.

For a budget trail tool, absolutely.

With a near identical tool twice the price, the downsides are a little bit reduced, making this tool excellent value for trailside emergencies.