Skip to main content
Log In Register
Crankbrothers F15 LE £40.00
A stylish tool with the substance to back it up 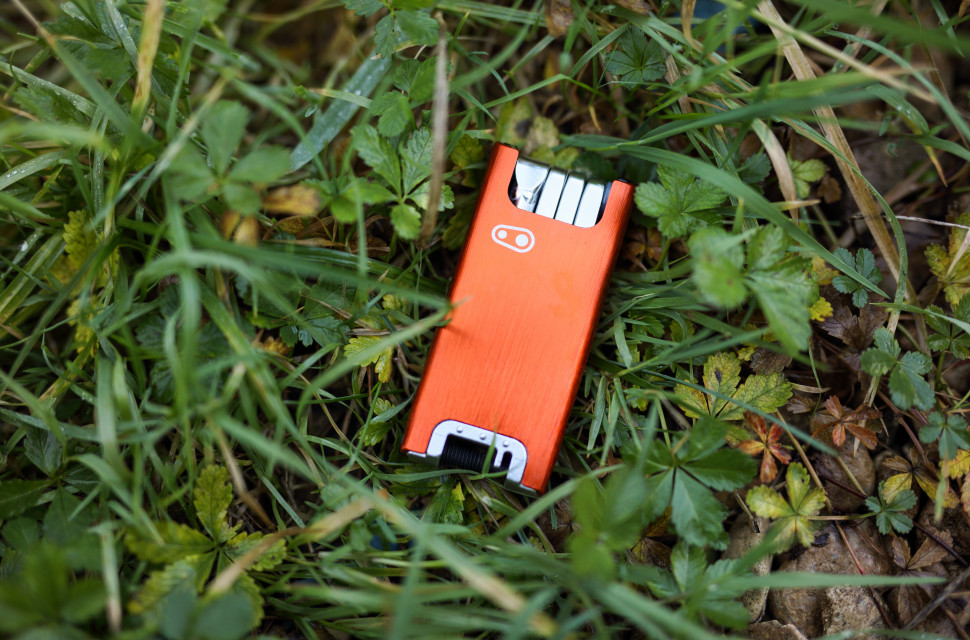 The Crankbrothers F15 LE is a minimalist and sleek multitool that’s capable enough for your everyday trailside repairs. Although this is the limited edition version in orange (there are also silver and green), it’s functionally exactly the same as the original F15.

Most of these tools are found on the more conventional part, which is magnetically held in the metal case. The chaintool also slides away from the case, revealing the spoke wrenches. 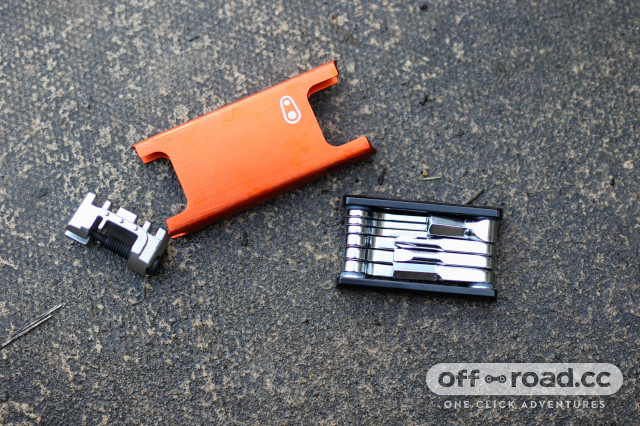 The beauty of the F15 LE lies firmly in the nature of the case. It keeps everything from getting snagged in your pocket or bag, and doubles as a handle for the chaintool. It can also be used as a bit of extra leverage for the multitool itself. Oh, and there's a bottle opener on the back, a great addition if you’re a lover of post (or pre-ride, or even during-ride) beer. 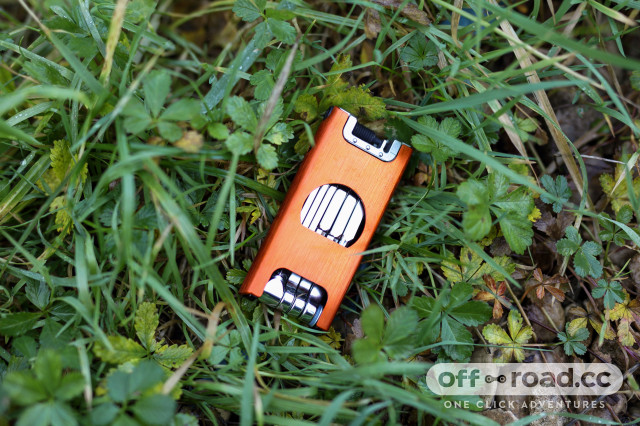 Alternatively, you can do away with the case and stash the very small Allen part of the multi tool in a pocket for those brief, packless blasts in the woods.

The tool is very well made, in that familiar Crankbrothers way. Its full metal construction remains fairly lightweight at 164g, but it feels incredibly solid in the hand. The cage portion can get pretty fiddly due to the number of tools crammed into such a small space, mind you, plus the model we had on test was also pretty stiff. Unfortunately it's not self tightening, so you need two extra allen keys in order to loosen the cage. 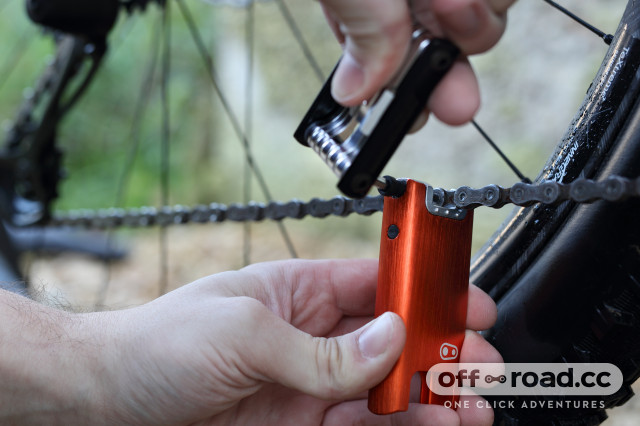 The chain tool does a perfectly good job but the 4mm Allen doesn’t fit the bolt as snugly as I expected – there’s a little bit of wobble because the head of the bolt is pretty shallow. If you’re dealing with a particularly stiff chain link, there's a risk of accidentally rounding the bolt. However, this hasn’t happened to me yet. 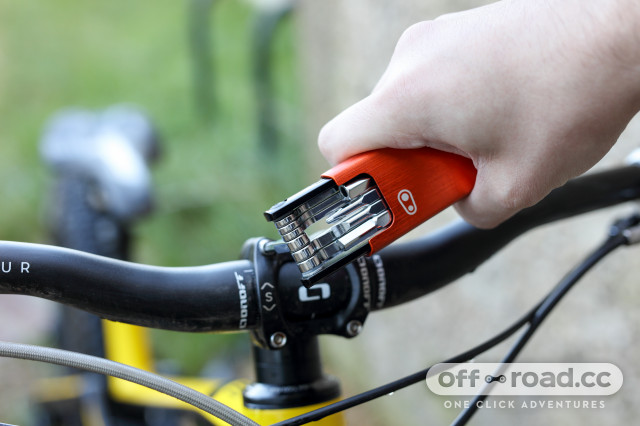 The Crankbrothers F15 LE is a great tool if both form and function are at the top of your list. Its minimalist design keeps everything in place and the bits will sort you out in most bike adjustment and repair situations. It does, however, come in rather pricey, even if the cost is justified with its impressively solid, lightweight and compact build.