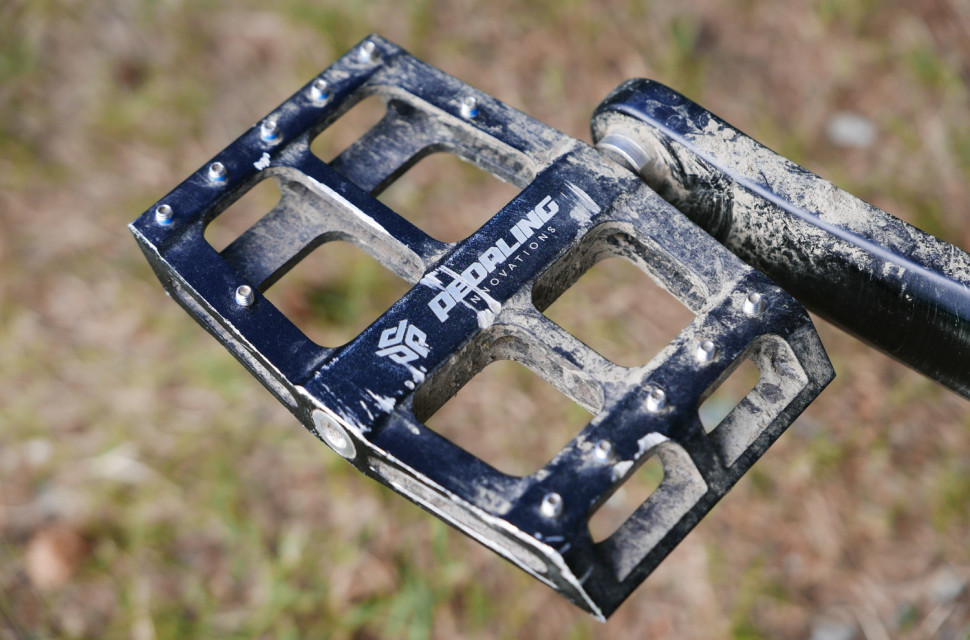 Pedalling Innovations’ oversize Catalyst flat pedals might look rather odd and clunky, but there’s much more to them than novelty alone, with a super supportive platform that offers greatly improved comfort. That said, they are heavier than usual, the pins are a bit short and poorly spaced and the platform shape needs refinement.

I must admit I was ready to file these under the ‘quirky novelty product’ bin and quickly move on - the somewhat hard-sell messianic tone of Pedalling innovations website does no favours there - but even a short ride on them had me convinced that the idea is a very sound one, though the execution needs some refinement.

The pedal’s platform, though no wider or deeper than most ‘normal’ flats, is substantially longer, measuring in at a chunky 130mm long. The idea came to the inventor whilst bemoaning how his flat pedal shoes needed a stiff sole in order to give support to your foot and be efficient, while a softer soled shoe gave much more comfort but less support. 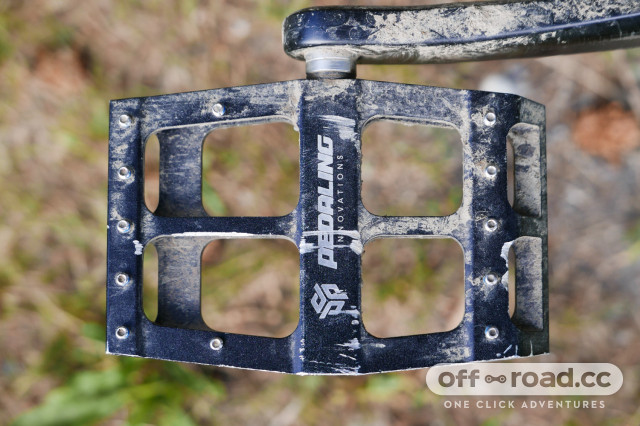 Having a background in strength coaching, he knew that it’s poor form to lift on your toes in the gym, where having your foot flat on the ground and your arches supported at either end is key when doing squats and the like, taking stress off your calfs and Achilles tendons and putting it onto your hips instead. Surely, he thought, that would be better for riding a bike too?

I can’t really speak as to whether these pedals do improve efficiency - measuring it without a lab in which to control all the variables would be difficult - but I have noticed that these pedals take an awful lot of calf strain out of keeping your heels dropped on rough ground. I’ve also noticed - mostly when I have moved back to standard-sized flats - that my arches are much less sore on long rides and my foot better supported.

As it happens here’s also some research out there that would indicate little difference in efficiency and power when pedalling on the ball of your foot versus the middle of it.

That said, they’re not perfect, as they’re definitely not as outright grippy as the best pedals you can get at the moment, such as Nukeproof’s Sam Hill (or assorted copies) and DMR’s Vault. I’m pretty sure that’s down to a few issues in the specific construction of these rather than any root cause with the size.

First up, it very much looks like these have been made by someone getting a CAD file for an off-the-shelf pedal from Taiwan and just stretching it out. The main issue with that approach is that there’s a significantly raised piece of material on the platform above the axle, which stops your foot from sitting into it - not a problem with the short pedal I assume it was based on, but it is here.

It’s only slightly noticeable underfoot but it lifts the middle of your shoe up enough to exacerbate the fact that the pins aren’t very long in the first place. There’s also a lack of studs in the middle of the pedal anyway, which means you’re not as nailed in place as you might like to begin with. 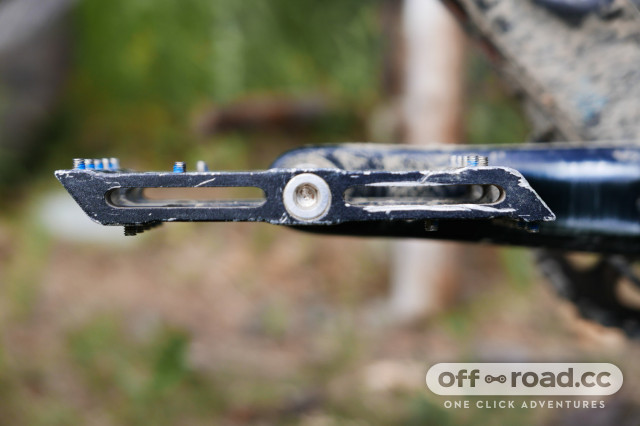 On the plus side, they don’t seem to get hit by rocks any more than a normally sized set of pedals and they’ve proved to be pretty tough when they have, though any damaged pins will need to be removed with mole grips or pliers as they’re screwed in from the top. My bearings are also starting to feel a bit ropey after mostly summer usage too, though, considering the price, this isn’t a deal-breaker.

All in all, I’ve been very impressed by Pedalling Innovations concept. It’s definitely got legs in it - indeed, I’m pretty much a convert to this oversize concept - but the design of the Catalyst pedal itself needs a bit of work before it’ll really be able to convert the masses. 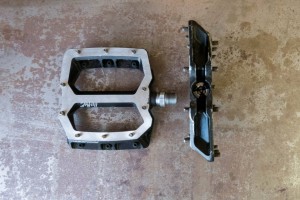 Looking to buy a pair of these. Can find US website however price is not £80. Cannot find UK supplier. Any ideas?