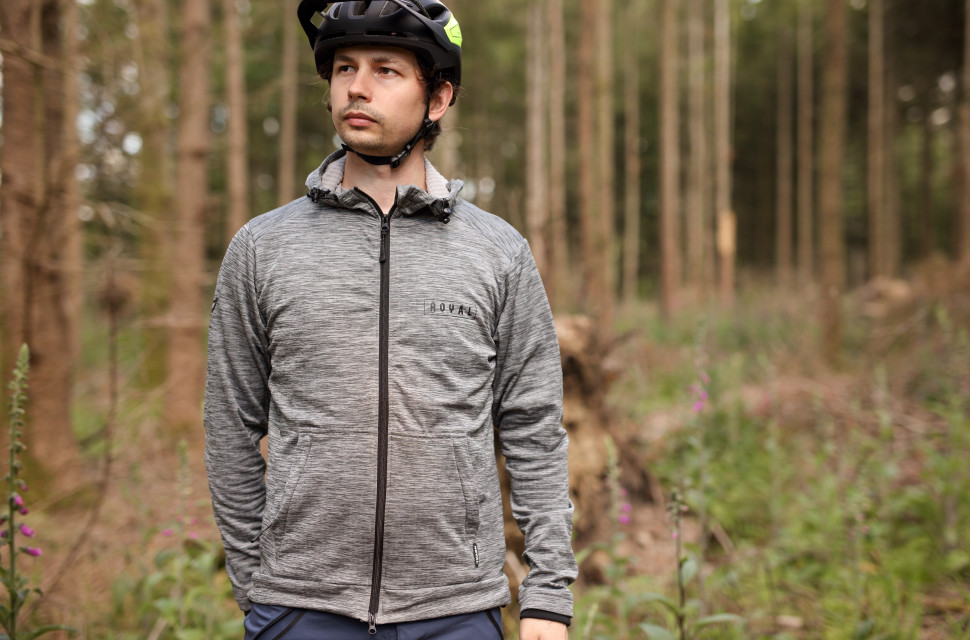 Royal Racing has dubbed the Quantum Tech Hoody the 'most casual technical garment in your wardrobe,' and that statement describes it incredibly well. While it’s an awesome and comfortable top to keep you warm on cooler days, it can get uncomfortably sweaty. 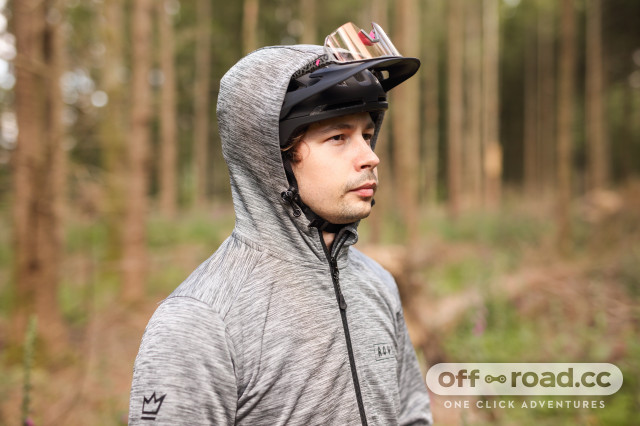 It’s kitted with a hood that can stretch over helmets, full-length zip and an adjustable waist. Finally, there are two zipped pockets with more than enough space to carry any essentials. The cuffs have storm flaps to help keep heat from escaping.

On test, we had the Quantum Tech Hoody in a medium, and while I’m a fan of the fit, it’s a little on the large side. This is most noticeable around the cuffs as they rise up and cover over half of my hands. It could well be that this is to offer a bit more protection against the elements, but it had no negative effect when riding. Perhaps some elastic here would be beneficial as the cuffs aren't very tight meaning they could flap open while riding, letting cool air in. This is something the storm flaps were supposed to prevent, but this could be down to the sizing in my case. 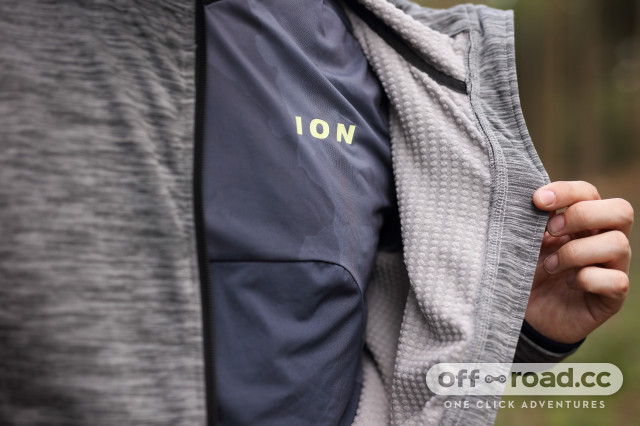 Out riding, the hoody really lives up to what’s expected. It adds a good level of warmth when needed, but it’s seriously breathable. However, as any breeze picks up, and if it’s especially cold, it can struggle to hold warmth. This is noticeable when descending, but thankfully heat generated from movement balances things out.

When the hoody does gather some warmth, it doesn’t do much to wick sweat away. It gets pretty warm when climbing and can get especially moist under the collar. I felt like sweat built up around the elbows and because of the top’s excellent breathability, it gets cold, leaving you with what feels like cold pools of sweat in these areas. 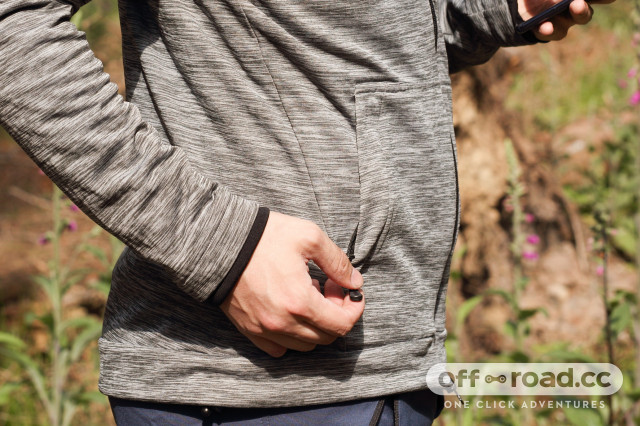 I feel like this hoody may be one that's best for uplift days. It has great breathability to keep you cool on the descents and it’ll warm back up when you’re waiting for the next bus to collect you from the bottom of the trail. It's great if you don’t mind feeling a little tacky whilst the sweaty feeling takes some time to clear.

When compared to hoodies such as the Nukeproof Outland DriRelease Hooded Long Sleeve, priced at £45, the Quantum Tech Hoody seems a little expensive. During testing, we’ve found that Nukeproof’s offering dries fast but can feel a little weighty during more intense rides. However, it doesn’t come with nearly as many technical features as the Quantum Tech Hoody. 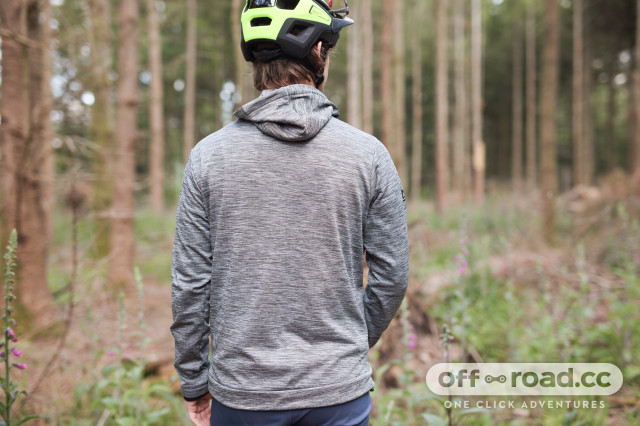 There’s also the Endura Humvee Hoodie which is cheaper still at £65. Road.cc said it was warm and comfy, and that it worked well on the bike but they didn’t like the massive hood. That final point may well work better for us off-roaders, who like a hood that fits over a helmet.

If you’re after a hoody that’ll keep you warm when not moving, but still want something breathable, the Royal Racing Quantum Tech Hoody does just that. However, it struggles to expel sweat, becoming moist when it does get warm, and it's pricier than similar garments from competing brands. 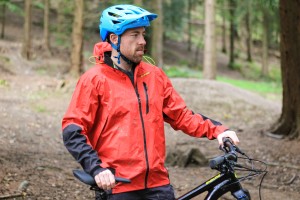 Royal Racing says, "The Quantum hoody is a welcome addition to your layering system, great for chilly days on or off the bike, or as a super-breathable mid-layer worn under a waterproof shell." It works well as an outer but can get sweaty and breathability can reduce warmth.

The lightweight and highly breathable fleece provides warmth by trapping pockets of air with its grid-like inner face, while still allowing air to pass through the fabric to prevent overheating. A full-length zip further allows you to control the temperature as your activity level changes. Our relaxed-ride fit, with longer arms and a longer back panel keeps you covered whilst in a riding position and a baffled wrist cuff and inner storm flap reduce heat from escaping. The Quantum Hoody has an adjustable waist and under-the-helmet hood for times when the wind picks up, simply deploy the hood and carry on riding with no fuss - perfect for anyone who sufferers from cold ears. Two zipped hand pockets allow you to stash some cash, keys or a card and the casual heather finish means it looks at home on the bike, in the pits or down the local after a ride.

It's nice, well built and comfy.

It struggles to balance warmth and breathability, sometimes becoming too cold because airflow is too great, or too warm and very sweaty.

It fits well, though a bit large on the arms.

Very comfortable, though can get sweaty.

Out of the two hoodies I mentioned in the review, this is the most expensive but it comes with the most features. It just struggles performance-wise.

No problems at all.

It's great if you use it in the right situations.

A great jacket if you need a warmer layer than can quickly cool down.