Skip to main content
Log In Register
Do your devices and their stats determine or impact your ride? Why not ditch them and take it all in? 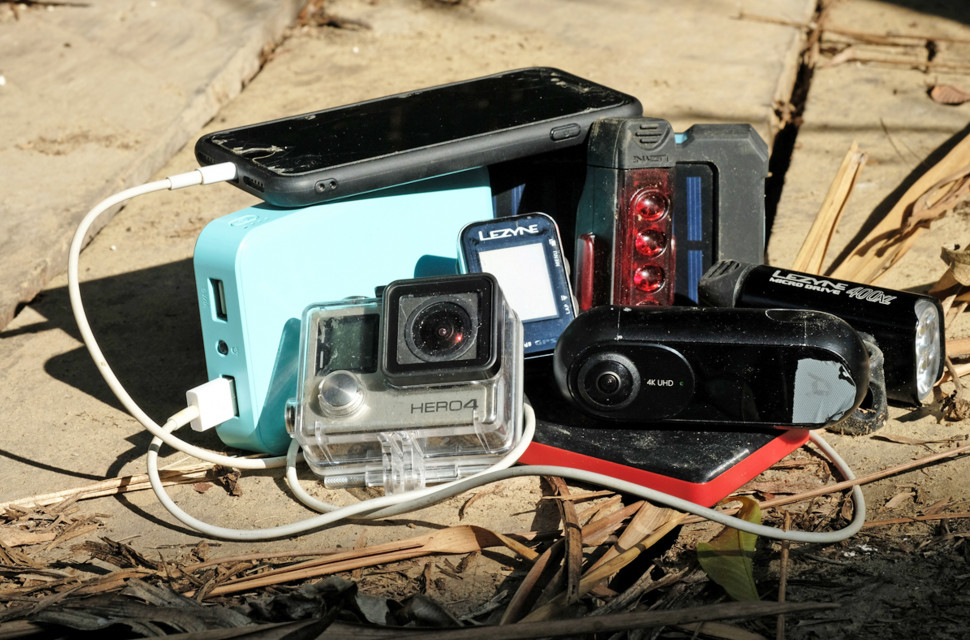 If it’s not on Strava, it didn’t happen - right? It’s strange how times have changed and how so many cyclists out there find themselves self-incarcerated slaves to stats and devices, often without even realising or recognising it.

Yes, I am one of those old school guys who has not converted to a life of small screen piety or become one who only rides to stats and Strava. This is the kind of freedom that I intend to hold on to, and I really believe that others should try it, at least for a little a while. You never know; you may well discover a whole different side to your riding.

As many will leap with outrage at my techno-heretic, anti-Strava and device stance, well, that’s up to them. I am not by any means telling anybody that they have to do the same as me. I’m just saying that’s how I choose to roll and how I’ve always chosen to do so. There really is nothing to lose in giving the bare bar riding approach a try (apart from a potential virtual KOM, that is). 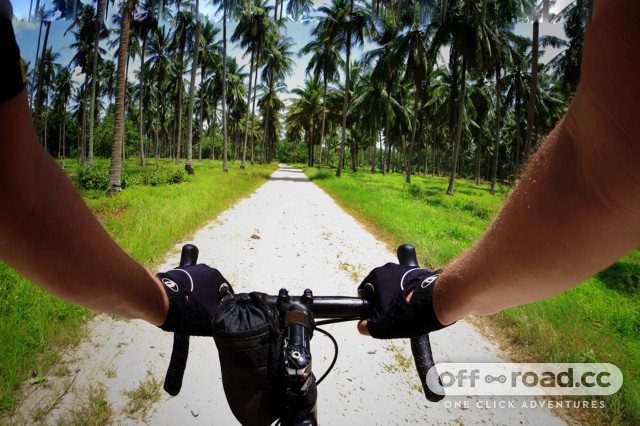 When I say that I’ve never used devices, that may not be strictly true. I should clarify by saying that I have used them occasionally, but definitely with some reluctance and not to the extent that people often do nowadays.

When I was a kid, I remember getting a huge cable attached and a round dial speedometer and a bolt-on red Tandy bike radio for the front bars of my purple Raleigh Chopper. Back then, I could regularly hit the maximum 40mph limit on that dial, such as the accuracy of those retro dials and small wheels.

Years later, I had a string of fragile and unreliable bike computers and even trained with an HRM for a while. They all drove me nuts and impacted my own sense of freedom and enjoyment of a ride, and were duly ditched.

As for GPS devices? I have 3 that I’ve been given over the years, and not a single one has ever been used, or at least not by me. One was loaned to a friend for a while, and I did find it somewhat bemusing looking at those stats when it was returned to me (as he’s ridden a national tour road race with it).

Sometime in the mid-1990s, I wrote a feature for a mountain bike magazine about the potential benefits of riding with a mobile phone (safety). Mobile phones were just that at the time – telephones. I remember the outcry at the very idea, with almost every reaction being based on the premise of infringing on the freedom and self-reliance aspect of mountain biking. It seemed to the readers as if the idea was undermining the very spirit of the sport.

Safety issues aside, I do have to say that I agree with much of that long since past reaction. These days I ride with an iPhone, although it’s mainly for shooting video and photographs, as that is what I do for a living. I’ve never recorded or followed a route using it, and even pulling that work element into a ride does really sully the sensation for me.

The benefits of riding free 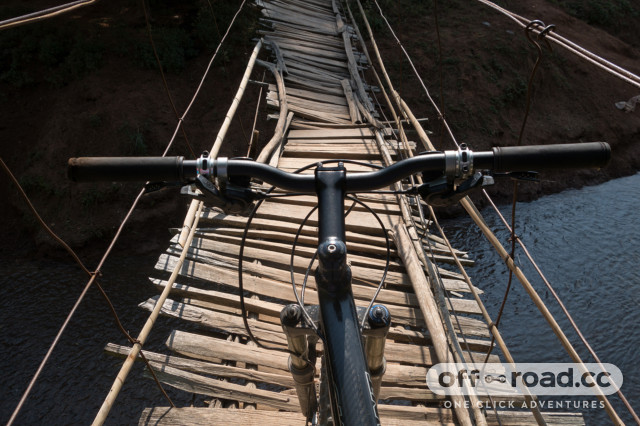 It is a personal choice to ride free of devices and technology. However, it may often seem alien to many other riders. Anyone out there can do it, of course, but so many know little else, and many more refute the very concept.

Following incessant Strava posts on social media and reading sagas of KOM and segment chasing, I really have a hard time grasping that.
Naturally, not everybody posts their stats online, but many do. I wonder if the freedom aspect, the in-person social element and the adventurous side of everyday riding are getting lost in those figures.

Sure, I do get it – to an extent, especially for an event. Many people do find reason and motivation in those numbers. However, I have a strong feeling that reducing that statistical element of your riding could make a huge difference to how you perceive and appreciate the act of simply riding your bike out there in nature.

Setting out on a ride with a sense of uncertainty may feel a little uncomfortable at first, but liberating yourself and riding on feel, following your gut feeling down a backwater trail that you’ve never been along before is great. Lapping it all up and maybe even pulling out a good old paper map if you get lost, and not once looking down at the starts is a great way to ride. Perhaps even ending up doing 4 hours instead of two just because you felt like it. That kind of freedom is priceless, and we can all find room for a dose of it.

Sometimes I look down at the bars of other riders, and things look more like the flight deck of a 747 jet than a bike. All too often, people ride and rely on those devices and their pre-conceived plans, almost in a ritualistic way, even if they really don’t really feel like it. For me, that would mean that things have gone too far, way too far for my own sanity and enjoyment. 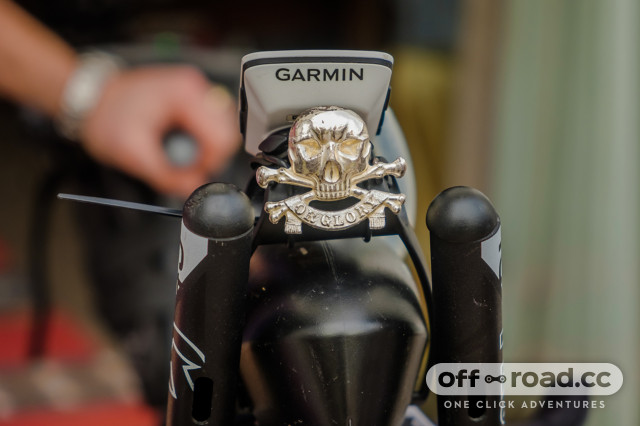 Modern-day life already involves way too much virtual online time out of working necessity. Throw in the seemingly obligatory “social media” presence we’re led to believe is essential to exist, and things do become a tad 1984’ish (and not in a new romantic kind of way).

Surely the mental health benefits of riding free from technology and based on your own personal feel, plus doing so without any self-perceived obligations, must hold some appeal?

Naturally, people are very different. Some people are driven by numbers, and some are not - but can still find themselves drawn into the belief that they need to be stat laden to validate and improve their riding game. This is simply not the case unless you want it to be that way and find some comfort and reasoning in it, that is. All of those stats and the GPX files, sure they have practical use; but are they really worth overdosing on?

You can always write things down on paper if you want to keep a personal record for training purposes, or maybe even add them to a spreadsheet. Perhaps it could be based on how you feel and how long you were out rather than chasing statistical targets.

The feel-good factor of riding device and stat free is still out there. This approach may not be for everyone, but then again, it may be even more rewarding than hitting those statistical targets and snaring the odd segment result.

Before riding with a GPS, I always rode the same repetitive bike lanes for safety. In France, car & trucks drivers are not used to bikes on open roads, you can get passed very closely by trucks (and their drag…). So, GPS planning and guiding has allowed me to explore new roads pre-vetted by other bikers. Safety wins, adventure too.

Also, I'm a lightweight and out-of-shape guy. Riding with HRM allows me to know how far I'm pushing myself and gives me the ability to manage the effort to be able to finish the ride. HRM and apps also tell me that my 80 km ride has burnt more than 3000 kcal, which is more than what I eat on a regular day (my BMI is 17.5…, 3000 kcal off is not something to take lightely).

Now, I'm a software developer and tech/gadgets/apps give me no thrill. It seems I'm one of the few people left who can have a smartphone in the pocket and not take a look at it for 2 days without experiencing withdrawal syndrom. So I use all these toys in a purely utilitarian fashion.

Nevertheless, having GPS and HRM has allowed me to try new stuff I wouldn't have dared before, in a relative safety. So, maybe you don't need them if you had the opportunity to start biking seriously before roads got so busy, and you know your body, your limits, and all the roads around your home, but for guys like me, who had no mentor and started alone, they are of great help to get a baseline of what we are able to achieve without harm.

While the basic premise of this feature (that it can be more fun riding without worrying about stats) is reasonable, I'm not convinced the rest of the argument follows. Yes some people use a head unit to track their stats, and this may be linked to power monitors, heart rate monitors and the like (I note that those supplementary devices would not take up any additional bar space).

However, GPS head units can also be useful for navigation - that is certainly the main reason I use mine (although I admit the rides do then get uploaded to Strava...).

But getting rid of the GPS wouldn't leave me with bare bars, and pretty much everything else on my bars are for safety. Looking at the devices in the header picture of this article, you have lights and cameras - both of which I use for safety (admittedly a camera might not prevent accidents occuring, but it can be useful to report dangerous driving to the police, and to have evidence if the worst should happen). I don't take the cameras for exclusively off-road riding. I also have a bell, which is useful on shared paths or trails.