Skip to main content
Log In Register
Troy Lee Designs A3 MIPS helmet review £200.00
A superbly comfortable helmet with a tonne of useful features but comes at a price 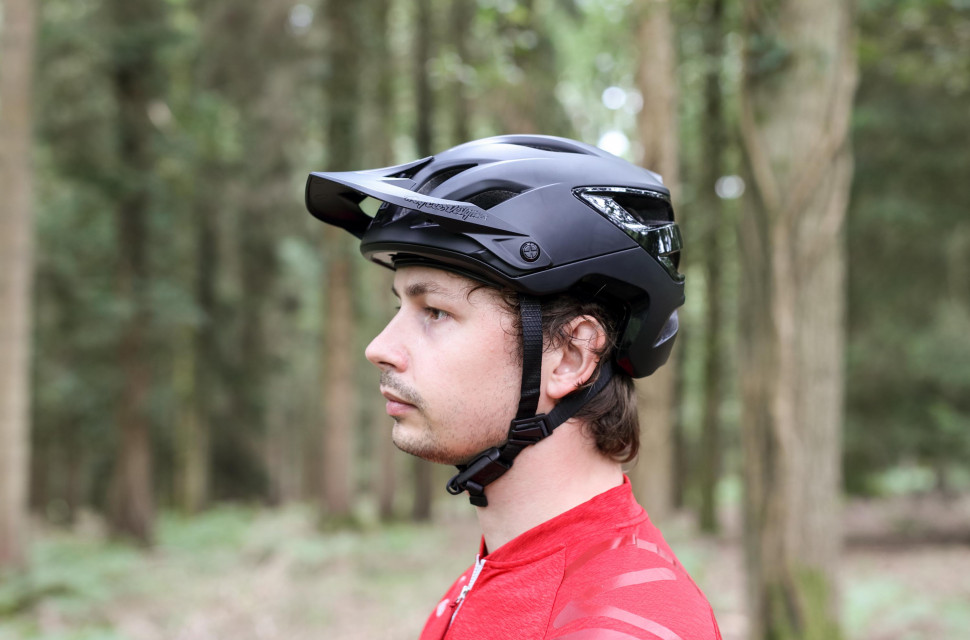 The A3 is Troy Lee Designs' latest offering, this time filling a gap in the range left for a high-end lid. Though pretty expensive and perhaps not the most breathable helmet in the world, its supreme comfort and excellent sweat management have got me reaching for it more frequently than any other helmet.

Troy Lee's helmet range has been a staple in the mountain biking world since the A1 blasted into the market back in 2013. Hailed as one of the most stylish lids you can buy, the A3 is no different, thanks to its sci-fi-like look. However, it builds massively upon its older sibling with a healthy line-up of super useable features. First off, it gets a co-moulded EPP and EPS foam specially designed to deal with both slow and high-speed impacts. There's also a B-Series MIPS rotational impact protection system that creates a 360° fit and a boost in safety. There's also a three-piece shell. 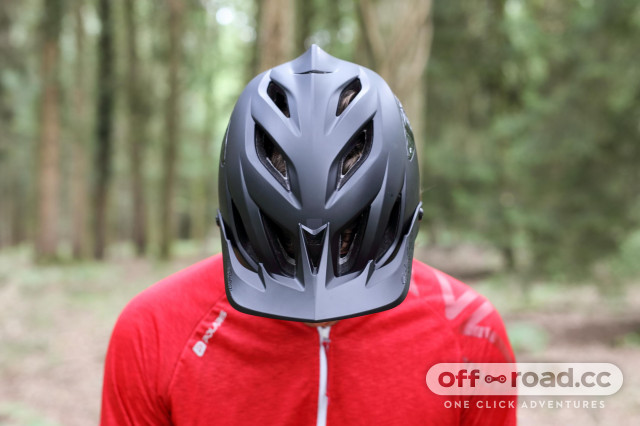 Then, there are 16 vents with channelling built into the foam's interior, a Fidlock magnetic buckle, and TLD's Sweat Glide System - my favourite trick up this helmet's sleeve.

That's not all, as the visor itself also comes with a couple of super neat features. For the first time on a Troy Lee open-face lid, the visor can hinge back much further than the brand's existing helmets, offering plenty of space for goggle storage. The visor is magnetic too, so when you're not storing goggles, it stays nicely in the position you've left it.

Wrapping up the A3's vast feature list is that the visor comes with a couple of composite screws that are designed to sheer away in a crash. We can't forget the anti-microbial and sweat-wicking two-piece ionic comfort liner, though.

All of that weighs in at 411g in the M/L shell on test. So it's not the lightest helmet around, but it's comfortable enough not to become a distraction even during long stints on the bike. In the box, along with the A3, you get a pretty sweet carrying bag, bonus sweat guides, and the pièce de résistance, a sticker pack. 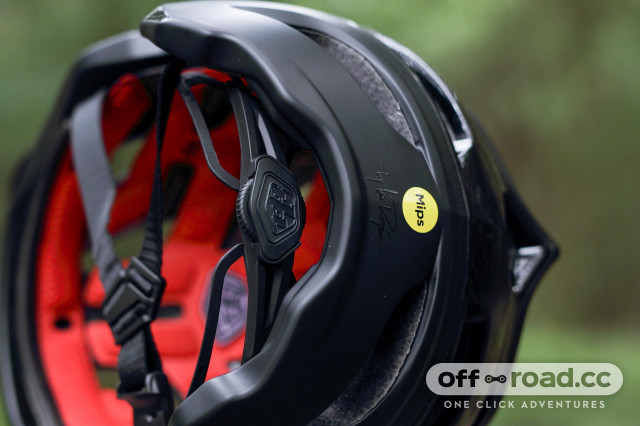 TLD's pre-existing lids were praised for their excellent comfort, and that's no different with the A3. The range-topping half-facer is head and shoulders above the A1 and A2 (as well as many other lids) in the comfort department. The combination of its comfort liner, shape and soft straps make this one of the most comfortable helmets out there. I challenge you to be disappointed with how it feels once you perch it atop your dome.

As for airflow, it's good, but it doesn't quite match up to the likes of the A2, but it's by no means bad. It can still get a little toasty on warmer days, but the A3 is so comfortable that I'll happily sacrifice a bit of airflow. 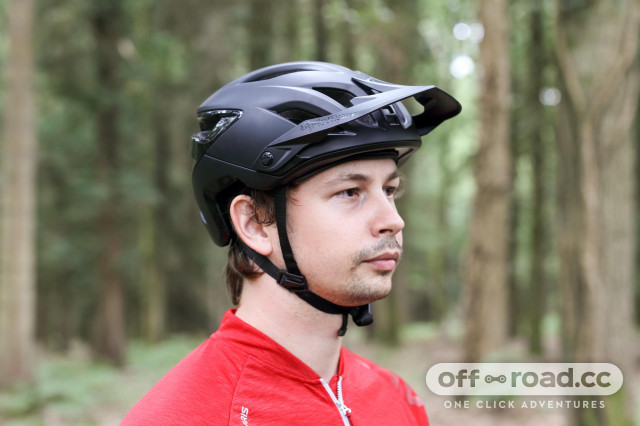 Though airflow leaves a smidge left to be desired, the A3's smart Sweat Glide System alone more than makes up for it. I'll start by saying that I can get pretty sweaty, and while there are a bunch of helmets around that are perfectly comfortable and airy, none of them deals with sweat as well as the A3.

The Sweat Glide System is basically a narrow strip of dense but soft foam that runs along the helmet's brow. It's there to guide sweat away from your eyes, and in my case, it's a godsend. With other helmets, sweat is quick to drip into my eyes and sit in my riding glasses. With the A3, sweat is ushered away down the sides of my face, keeping my vision clear and totally sweat-free. 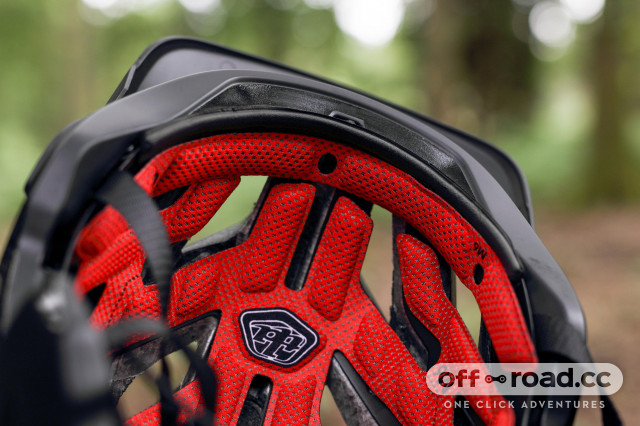 As for integration with eyewear, it's flawless. The visor allows for plenty of space to plonk goggles without them interfering with vision. With both goggles and glasses, it's shaped well enough, so it doesn't rest on top of either, relieving any unnecessary pressure on your nose.

With the A3, TLD has moved away from the usual screw style of securing the visor's position, instead opting for a magnet with three indents at the front of the hat. This makes on the fly adjustment much easier and much quicker. It's pretty secure too, I've not had the visor slip.

Do note, though, that after you've had the visor out of the way enough for goggles for a little while, the magnetic part that clips into the indents can get a little loose, resulting in a wiggly visor. Out on the trail, though, it never became an issue or moved from its home. After a while, it returns to normal, so don't worry. 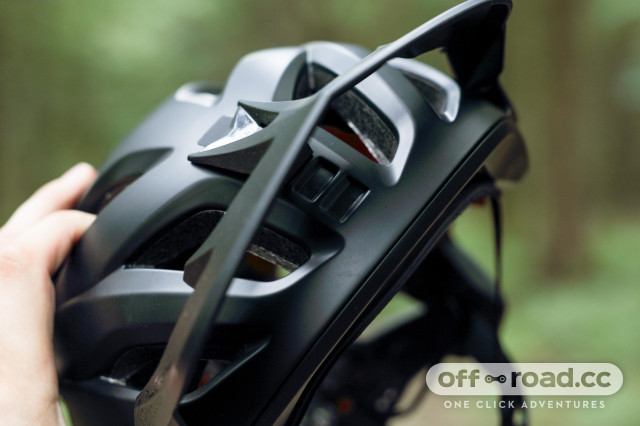 £200 is a lot to ask for a helmet, especially as there a plenty of perfectly good helmets for much less. A great example being the Scott Stego Plus, priced at £150. Much like the A3, it's superbly comfortable, but it doesn't come with quite an impressive feature list. Its visor isn't as adjustable, though its airflow is a touch better.

Then, there's the Bell Super Air MIPS, that's also priced at £200. The Super Air is more about the built-in MIPS Spherical, so apart from the fancy form of MIPS, it's rather basic compared to the A3. Though it offers a bit more airflow, it just doesn't carry the stylish cool factor of the A3. It's missing the Fidlock buckle, too, and it's not quite as comfy.

There's an awful lot to like about the Troy Lee Designs A3. It retains the brand's reputation as the King of Cool and it's outstandingly comfortable. Each feature on the hat is super useful too, justifying the hefty price tag. But that price tag is the one and the only thing that may put people off. 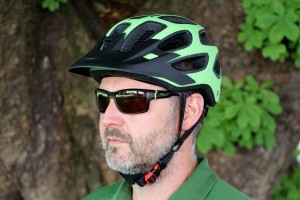