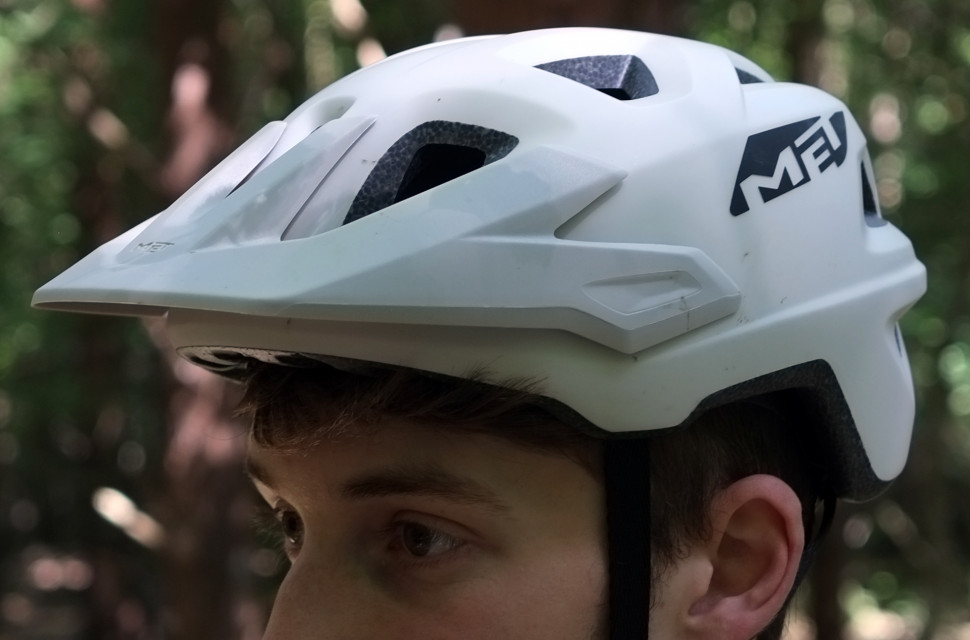 An unashamed starter lid, MET’s Echo offers exactly what you need with no nonsense... and nothing extra at all, really. It’s comfy and reasonably well built, but arguably the design is not as refined as comparable models from other companies.

The Echo has an attractively modern shape with its its own style, but is nothing too ‘out there’ compared to other brands. Those 14 large holes channel cooling air reasonably well, though the closed top and sides mean airflow isn't especially strong. Luckily the simple, soft foam padding works well to absorb sweat, and rarely gets overloaded.

The peak is a good size and works well as a shield against rain or trail overhang. It pulls off if you don’t like it, but the Echo looks pretty odd without it. The small reflective tab on the back is a nice touch for those times you’re forced onto the roads. 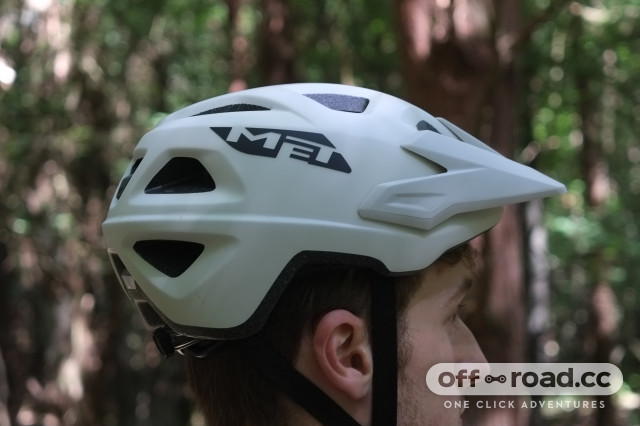 Coverage extends well down the back of your head, and the overall feeling is of sturdiness, if not massively high quality. For instance, the shell doesn't wrap under the the base of the lid, which leaves the polystyrene exposed to knocks and scrapes over time. 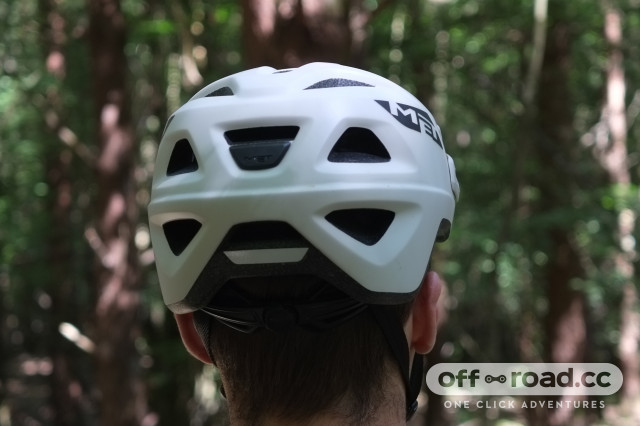 The rear dial gives a decent amount of adjustment, but I frequently got it caught under the helmet when putting it on. Annoying. I seemed to be pulling it back into place fairly often while riding, too.

The chinstrap is comfy, but the adjuster tabs can slip or come undone as they just don’t close with a firm-enough click. The webbing is thick, and the straps seem to snag or pull a little more than most, while the clip is also quite big and, again, sturdy… but in the basic rather than well-engineered sense.

The Echo is good but not great. Basically it does the job, but sits somewhere in the middle of the spectrum in every aspect, doing OK with no real finesse or added effect.

It's available in two sizes and seven (mostly muted) colours, all with a matt finish: even the super-bright orange one is matt. There's also a MIPS version.

As an entry-level lid the MET Echo is fine, with quite a few niggles but no deal breakers. It's hard to recommend when there's just so much competition out there that's got it beaten, however.