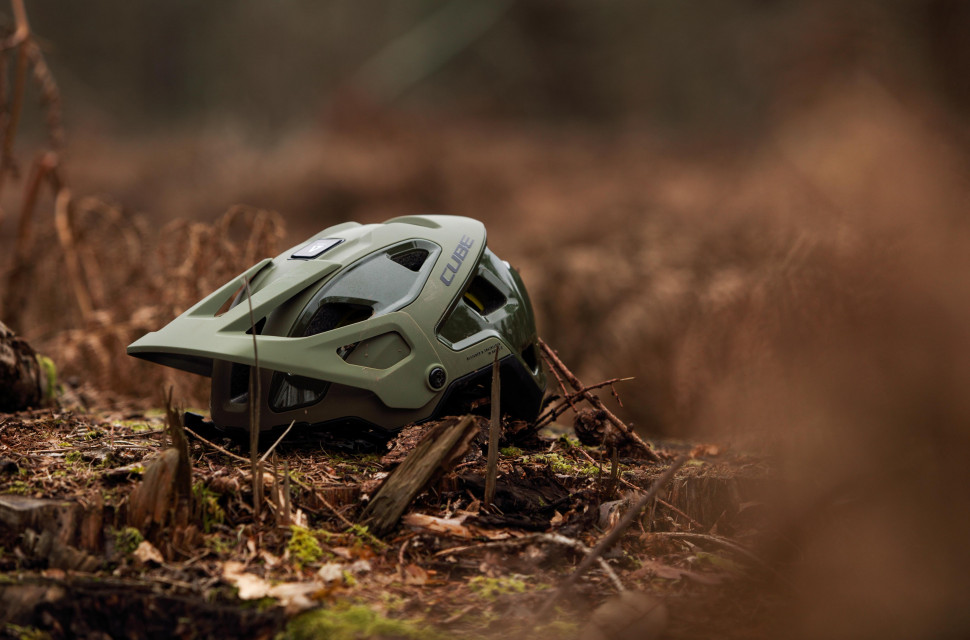 Liam Mercer
|
Feb 24 2022
|
Overall
Quality
Performance
Value
What's good?
What's not?
Buy if...
You're after light weight and airflow but don't mind paying for it

The CUBE Strover is an enduro focused open face mountain bike helmet. It’s reasonably lightweight and perfectly breezy; however, its build quality doesn’t quite live up to its hefty price tag, and it’s not the comfiest lid on the market.

The Strover comes respectfully packed with features like MIPS, which handles rotational impact protection. There’s also a Fidlock closure for quick and easy fastening, with the straps kept in place thanks to CUBE’s proprietary Flat Dividers. There’s a neat chin pad that wraps around the straps, adding an extra hint of comfort too. 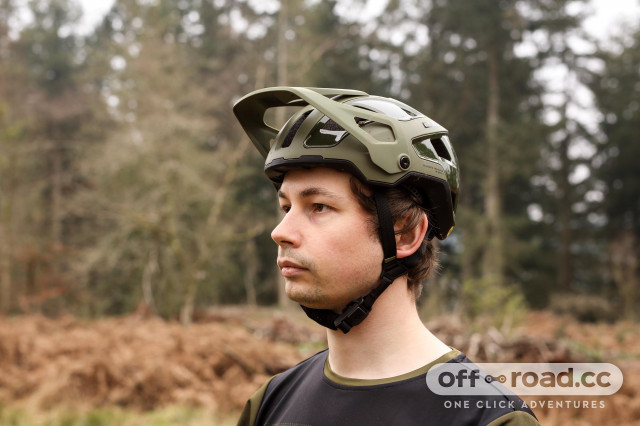 At the very top and at the back of the helmet are a couple of flippable X-Lock mounts. To reveal the mounts, simply poke them from the inside; they’ll then spin and click firmly in place. These mounts allow you to easily attach lights and action cameras to your head. Unfortunately, lights with a similar fitting only come from CUBE, but you can buy an Acid mounting adapter at an additional cost. 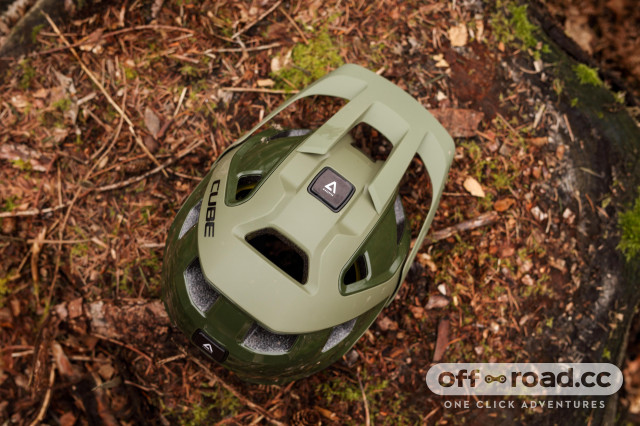 That’s not the end of the features, though, as the Strover comes kitted with COOLmax padding, a height-adjustable SILC 180+ Fit System, and an adjustable visor. CUBE claims that the total weight is 317g, but the helmet tipped my scales at 342g, 25g heavier. While it certainly weighs more than claimed, it’s by no means heavy. 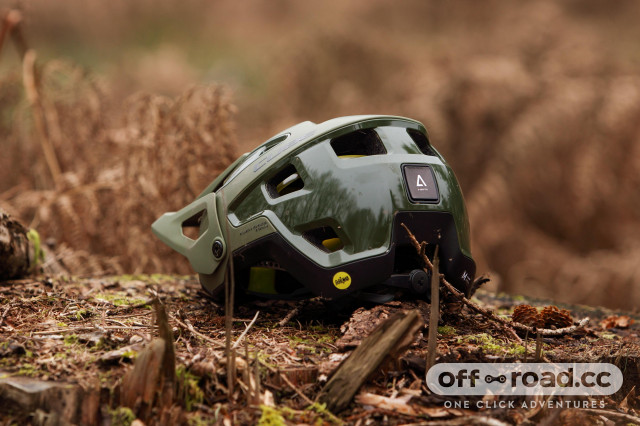 Each time I plonk the Strover atop my noggin, I’ve never felt the luscious comfort that I’ve found with helmets of a similar price. The COOLMAX padding doesn’t feel like it’s arranged in the best way, and some areas on the helmet feel pretty hard. For the most part, it’s forgotten amid a wild descent, but further into the ride, the unpadded back portion of the helmet becomes noticeable. 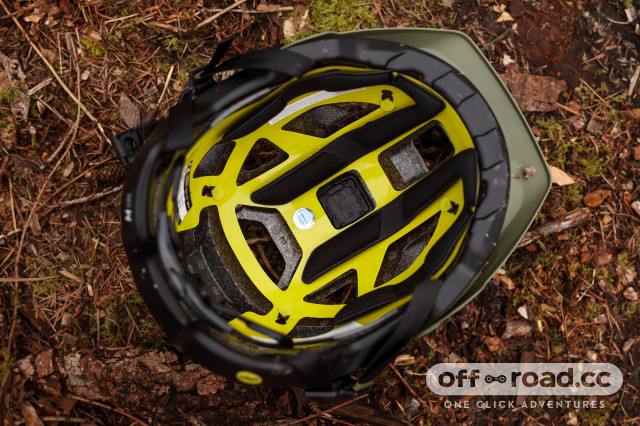 When riding, the MIPS liner gets pretty squeaky, which can be quite distracting. It’s something that you wouldn’t expect from a £170+ helmet either, so this alone comes as a bit of a disappointment. However, it is a breezy lid, thanks to those well-placed vents. It welcomes airflow even when there’s not much wind. There’s some comfort to be found in the helmet’s weight, too, any heavier, and I think it’ll be more of an issue. 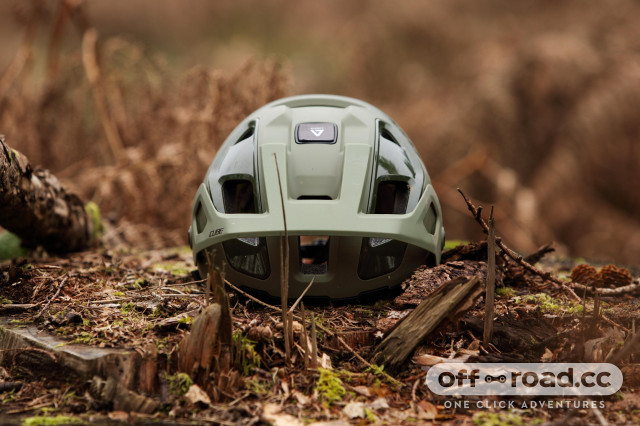 Where CUBE has made efforts to make the helmet nice and light, the build quality has taken a hit. In the hand, it feels rather plastic-y, especially around the mounts and visor.

Against similarly priced helmets, I think the Strover falls short. Spend £30 more, and you could get the excellent Troy Lee Designs A3. That helmet is massively comfortable, and it manages sweat really well. It’s built much better, too, though it is heavier and not quite as breezy. 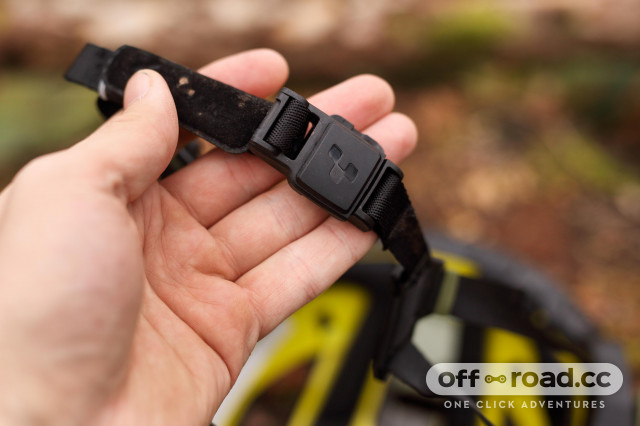 Lower the price a touch to £150, and there’s the Lazer Jackal, which is another helmet that’s brilliantly comfy and well built though heavier and not as cool.

In fact, helmets like the Smith Engage and 100% Altis perform better and have a higher build quality at a much lower price. Again, they’re heavier, but it depends on whether you value comfort and build quality against a lighter weight. The Strover can definitely learn a few things from all of these examples.

While the Cube MTB Strover is light and impressively airy, it struggles to live up to its asking price due to lackluster build quality, proprietary accessory mounts, and less-than-ideal comfort. Cube has the basis of a great enduro helmet here; it just needs a series of improvements before it gets there.

Cube says, "Enduro is all about pure enjoyment on two wheels! That was our credo when designing the brand-new STROVER. The result? A stylish yet safe enduro lid featuring innovative MIPS technology that offers added protection for the brain in the event of an impact." The Strover is pretty good looking and does feature MIPS.

Cube says, "Added protection comes courtesy of the extra coverage at the rear and the CUBE Natural Fit system allows you to adjust the helmet perfectly to your head and set the height of the Fit System – all with one hand. Micro-adjusting the webbing is a cinch with our proprietary Flat Dividers and everything is kept securely in place with the magnetic Fidlock closure. Mount your action camera or head lamp for night rides quickly and securely using the integrated X-Adapter – or flip the X-Lock mount around when not in use for an unobtrusive look. The visor flips up to make space for your goggles and there are plenty of ventilation channels along with the COOLMAX padding to help you keep a cool head when the trail points up."

It's definitely rather light, but not as light as claimed.

It's definitely overpriced when compared to helmets such as the Lazer Jackal, and even much cheaper helmets like the Smith Engage.

It's light and breezy though not the most comfortable and the MIPS squeaks when shaken.

If you're looking for a cool and light helmet, this might be a good choice but the lackluster build quality, lack of comfort among a few niggles make it hard to jusify.