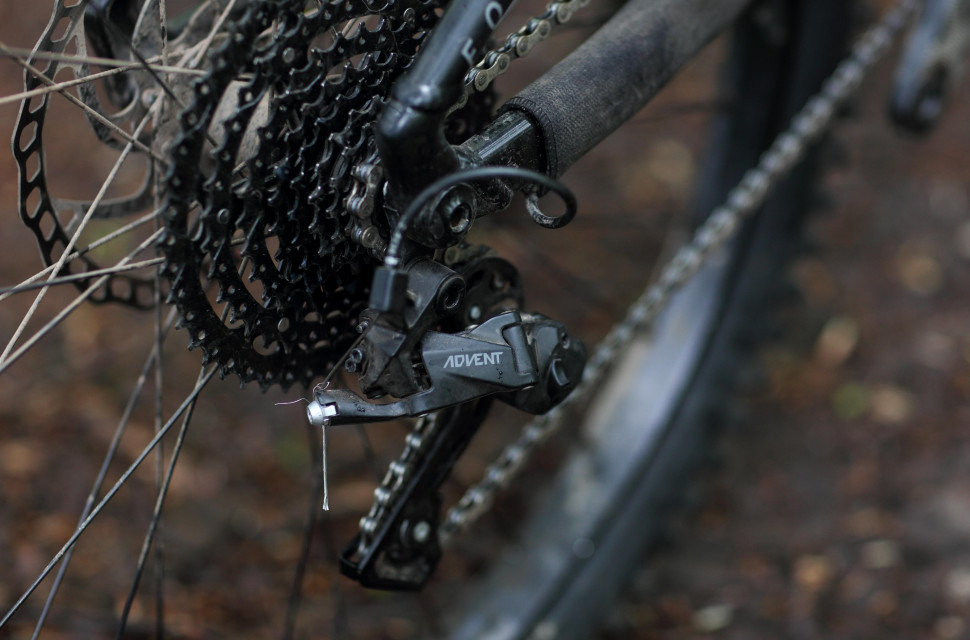 Liam Mercer
|
May 20 2021
|
Overall
Quality
Performance
Value
What's good?
What's not?
Buy if...
You're looking for an accessible way into 1x drivetrains or are after wallet-friendly replacement parts

The microSHIFT ethos is to offer affordable alternatives to big-brand kit, and its 9-speed Advent drivetrain definitely achieves that goal. While it lacks the bells and whistles of pricier rivals, it offers very reliable 1x shifting at a very agreeable price – if without much finesse.

The microSHIFT Advent drivetrain nets you a shifter, mech and cassette for an excellent price – it's only just north of £100.

First, the mech. The design includes a clutch – which uses a ratchet and pawl tension assembly – which the company says offers stronger and more durable chain management over rough terrain. 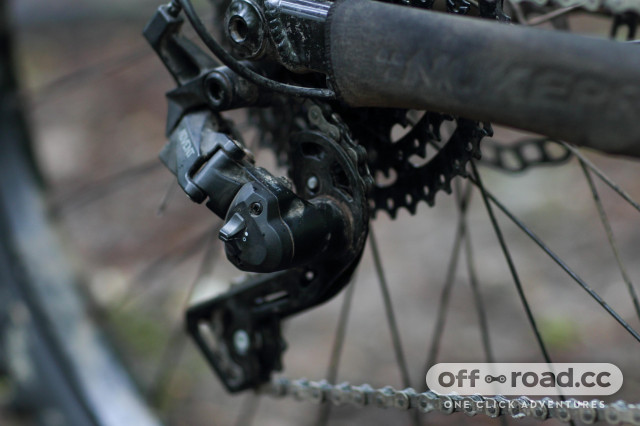 It also uses a modular design that's easily adjustable and repairable, and microSHIFT has engineered a direct cable path for consistent shifting.

The shifter provides a very solid click when moving through the cassette, and there’s even a rubber pad for grip, as on Shimano’s XT drivetrain. The build quality is rather impressive. 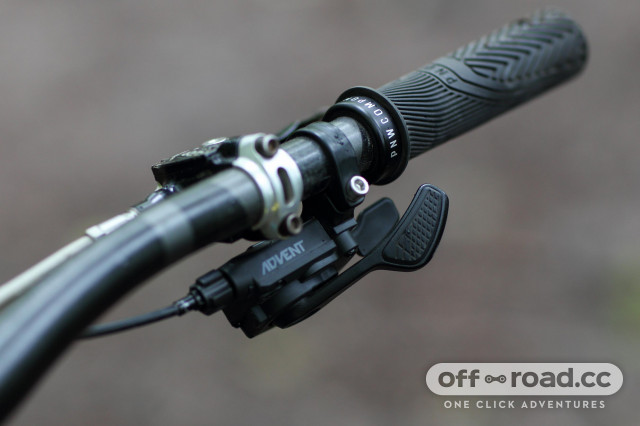 The weight isn’t excessive, despite the low price: the cassette is 600g, the shifter 100g, and the mech is 390g. Granted, you might expect less still considering it’s missing three gears over SRAM Eagle NX, but then Advent is less than a third of the price.

During my first ride on microSHIFT Advent, the question, “Do I need 12 gears?” arose. The answer turns out to be no. But that was shortly followed by another question:  "Have I been spoiled by 12-speed drivetrains?” The answer, again, is no.

While you don't absolutely need 12 gears, they're incredibly nice to have. 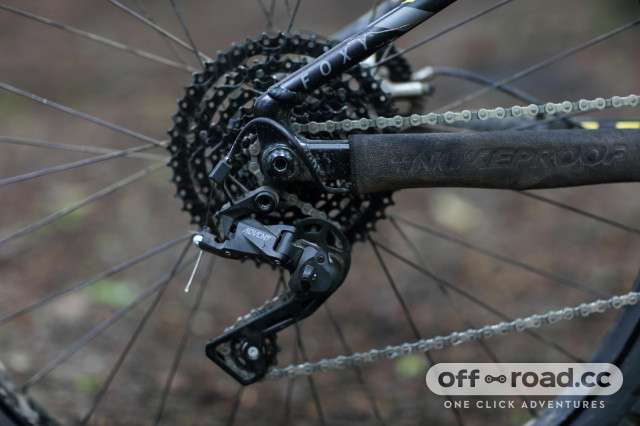 The 11-42t range on this 9-speed cassette is exactly the same range as SRAM’s PG-130 11-speed cassette. You just have bigger, more noticeable jumps between gears, and in reality, it will still see you through most climbs and descents.

The 42t cog will hulk up some pretty fierce climbs, while the 11t is small enough to keep you cranking through superfast singletrack. Granted, I had one or two times where I tried to push for an easier gear, but that’s my 12-speed habits kicking in. 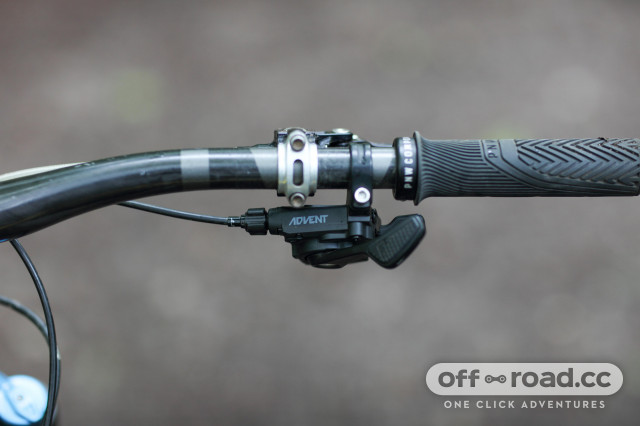 The shifts themselves feel a little clunky, because the mech is moving a fatter chain around the block, but they're purposeful and definite. I never once had the chain skip between gears, and shifting remained consistent throughout the months on test.

While shifting is positive and the range is totally useable, I found the large jumps between gears at the lower end of the cassette increasingly awkward. 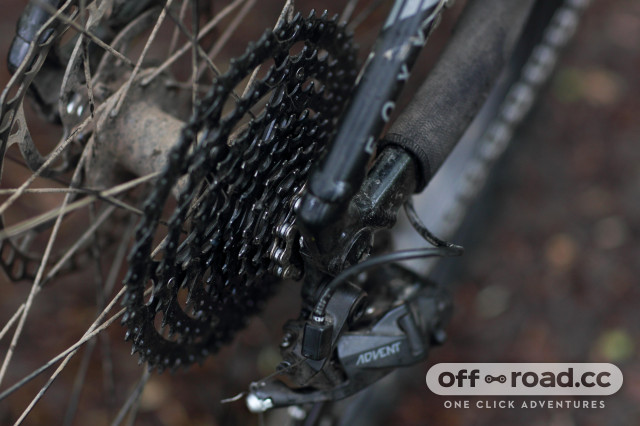 Pedaling through undulating climbs, I often feel stuck in between ratios. Where I want a slightly more difficult gear to maintain cadence, I’m punished with a gear that’s a smidge too hard and lose momentum. On the flip side, the easier gear has had my legs spinning like nobody’s business.

On the downs, the gaps between the gears aren’t as much of an issue, simply because they’re not as large. Plus it's actually really nice to only need a few clicks to reach a much faster gear when charging off down a trail. 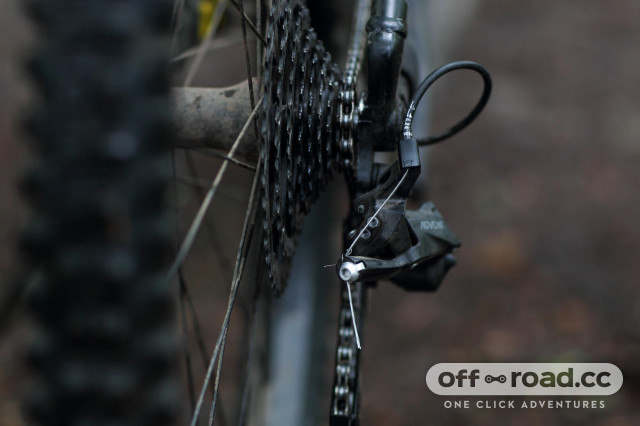 On rough descents, Advent is a little keener to drop its chain than more expensive options. It’s not a frequent occurrence – say once a ride – but it is still annoying. It’s also come off so badly it got trapped between my frame and chainring and carved a nice scratch into my chainstay.

This is something a chain guide could fix quite cheaply and easily, at least. (The Nukeproof Low Direct Mount guide can be picked up for less than £30)

It's easy if somewhat unfair to compare the Advent kit to 12-speed setups, but direct competition is fairly thin. However, the Box Three Prime 9 offers 9-speed shifting with a wider 11-50t cassette – and it's slightly lighter at 1,023g – but it's nearly twice the price at £200.

If you’re curious about a 1x drivetrain or just want cheap replacement parts (and have a chain guide), the microSHIFT Advent drivetrain is a great place to start. It offers reliable shifting and the joyful simplicity of 1x at a super-accessible price, and what it lacks in refinement it makes up for in value. 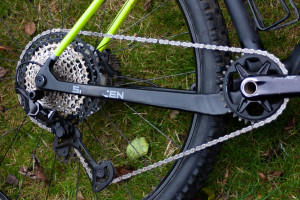 Hi KoenM, the switch was just left there for the photography, after messing about with the wheels. It might go without saying but this was tested on a mountain bike where heavier hits could knock the chain off. It wasn't a painfully regular occurrence and it was noticeably more stable on smoother trails.

I have installed this on a road/cross/gravelbike and I never had a dropped chain, ok it was with brifters and I didn't do singletrack but from all the reviews I've seen, dropped chains was never a complaint. Maybe because your clutch wasn't on like on the photo's?

A google suggests you can get last gen SRAM NX 1x11 or Deore 1x10 for a bit more.  Feels like a compromise too many to me..

Upgraders would be better served by used kit from eBay and I can't see OEMs speccing much of this either with Sunrace about.

I have installed this on a road/cross/gravelbike and I never had a dropped chain, ok it was with brifters and I didn't do singletrack but from all the reviews I've seen, dropped chains was never a complaint. Maybe because your clutch wasn't on like on the photo's?