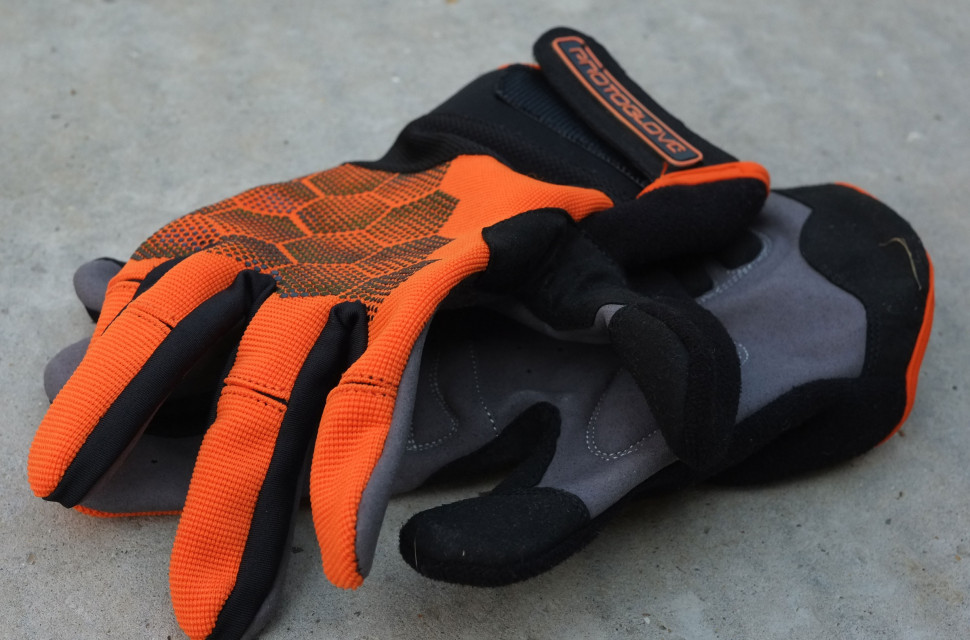 ProtoTape has put together a very cheap glove packed some good elements, but it’s let down by some odd proportions and a lack of attention to the sizing across the glove.

With a perforated single-layer palm made from Ammara and 3mm thick foam thumb and palm padding, the comfort elements are covered. There's a breathable mesh up by the wrist and articulated knuckle areas, the gloves appear to be pretty well designed and considered and there is also the obligatory thumb snot/sweat wipe area, which is a decent size.

They seemed to be positioned as an all-round trail glove, with a more burly feel - they also offer a slimmed-down model called the Race Line.

The Prototape gloves feel like a prototype; the main criticism is the dimensions and size of the fingers and the closure. The fingers are way too short for the palm size, which leaves your fingers feeling like they aren't in the glove properly and also makes the dexterity feel odd at times, the fingers feel tight, compared to the palm of the glove, which is huge.

I have pretty large paws and am usually happy when gloves fit in the palm and thumb, but the issue here is the fingers aren’t long enough in relation to the palm. A secondary issue is the wrist closure is massive, which leads to the velcro overlapping and reducing the effective closure contact area, and leaving a large excess of the tab that at times caught on trail growth and also worked undone.

The palm padding is okay, the construction seems adequate enough, and they remained a decent temperature whilst riding.  The snot/sweat pad is large enough if a little lacking in thickness. 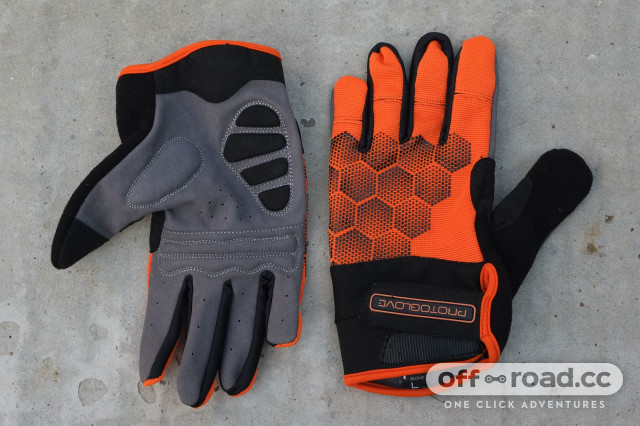 I found the palms comfortable - amongst the test period I raced for 3 hours in them and whilst the palm was pretty comfortable, but the fit meant that I was aware of the glove whilst riding, and the odd finger size and loose wrist closure was quite honestly a pain. I don't think going down or up a size would resolve this, as its a proportion issue, rather than size - parts of the gloves fit, but others are completely off.

I appreciate that hands are different sizes and shapes, but compared to other gloves I use, the fit is way off the mark. Despite having a lot of features that should build a good glove, they aren’t worth much if they don't have the fit. If the fit was improved along with a slightly longer cuff, and the velcro closure that was more fitted and closer, the glove would be pretty good value for money.

All round, these gloves feel compromised and ‘nearly there’ rather than final. and if they fit you, then the price is very reasonable. With some big improvements on the fit and closure, these could be a great value trail glove, but until that happens I can't recommend then unless the fit is improved.

They are available in Orange, Black/Grey, Blue, Red and Fluro Yellow. 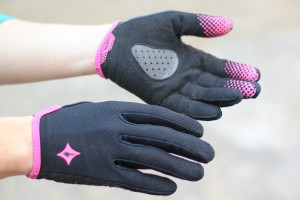