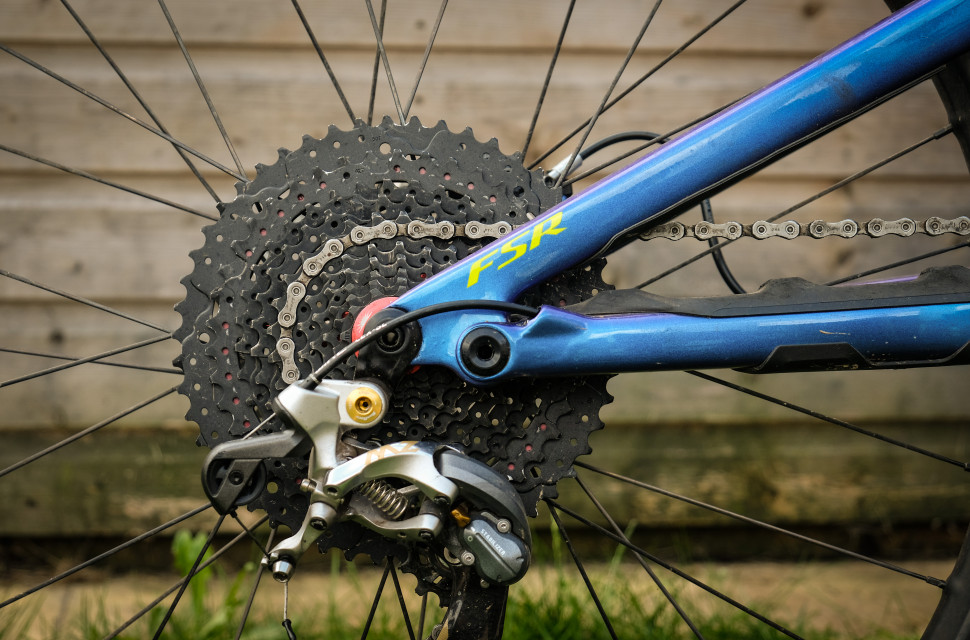 Rachael Wight
|
Aug 12 2019
|
Overall
Quality
Performance
Value
What's good?
What's not?
Buy if...
You have a mech listed as compatible and want a big granny gear

The SunRace MX80 11 speed 11-50T cassette is a wide range cassette with smooth increments that works with some current 11spd mech and shifters. But it is pretty heavy and it won’t work with all derailleurs.

The SunRace MX80 cassette is a good way to eek out some extra gear range and bigger granny cog for easier climbing. It’s a tad pricier than Shimano XT and SRAM GX 11 speed alternatives at full retail but they don’t offer the large 50t sprocket that the SunRace cassette does. The fact that it is still 11 speed means you can potentially use it in order to get that larger gear range from an ‘Eagle like’ set up without spending on lots of drivetrain components. Plus if you already have a Shimano freehub on your wheels, the cassette will work without having to change that element, XD freehub users will need to change though. 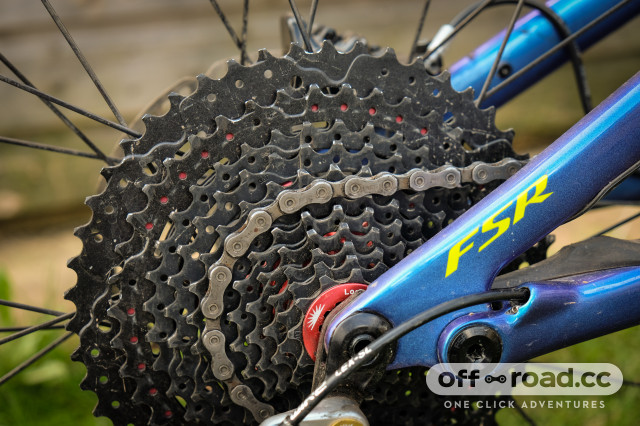 The smallest cog of the cassette is an 11t, with the largest being a 50t, giving it a range of 454%. For comparison SRAM Eagle 12 speed offers 500% and the new Shimano XTR 12 speed offers 510%. For most though, the fact that SunRace offers a smooth stepping cassette with a large bailout gear for about £100 will be the clear selling point rather than the percentage range. At 454% the SunRace MX80’s range is bigger than the current Shimano XT 11-46t at 418%, and avoids the nasty jump between the larger two sprockets as experienced on the Shimano offering. 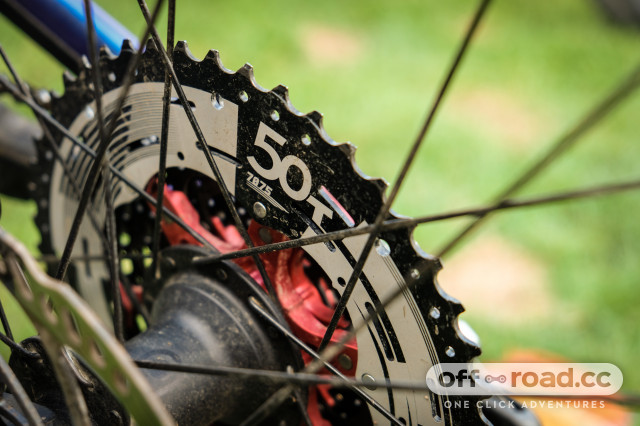 The MX80 has sprockets with teeth sizes as follows: 11-13-15-18-21-24-28-32-36-42-50t, the jumps are spaced pretty evenly from bottom to top ( 2-2-3-3-3-4-4-4-6-8) with that last 8 tooth jump feeling a lot smaller than you might think. In fact, swapping straight from a Shimano 11-46t cassette to this one, it’s a joy to use. Shifting is pretty smooth too, we used our cassette predominantly with a SunRace RDMZ80 rear mech and whilst we have gripes with the mech (review to follow) the cassette itself shifts well and it’s been pretty durable too. The 42 and 50T sprockets are aluminium whist the rest of the cassette is steel. The top 4 sprockets are mounted to one alloy spider, there is then another set of 4 on another spider and then the final three all mount on the freehub individually. With regards to weight the SunRace comes in at 512g, its 437g for an XT 11spd and a small 394g for a SRAM GX 11 spd but remember that one is an 11-42t cassette. NX Eagle weighs a whopping 610g, so the SunRace trumps it for weight considering the similar range. 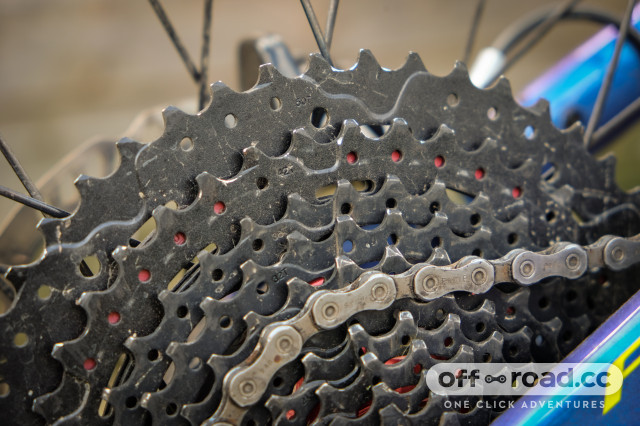 I also ran my MX80 cassette with a Shimano XT long cage mech and it worked just fine on my Specialized Stumpjumper. The compatibility chart given by SunRace notes that this will be the case, they also say you can use the long cage XTR-M900 or SLX-M7000 as well as SRAM X1-A2, with a question mark hovering over SRAM GX and there is a cross by the NX 11spd mech. 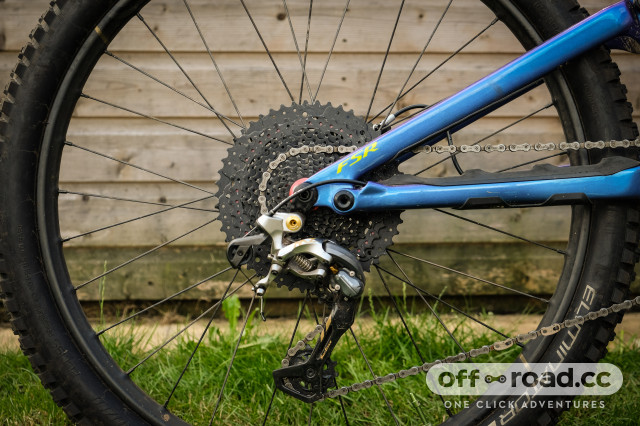 In conclusion, if you have one of the above rear mechs you can potentially upgrade your drivetrain to give a larger range and a very useful 50T granny ring for just the cost of the SunRace cassette. If you want to upgrade to a wide range 11spd over 12 speed but don’t have the right mech, you’ll have to splash out £150 on the SunRace RDMZ80 mech, which is obviously recommended by the brand or choose to buy one of the others that should work too. You might also end up spending money on sizing up your chainring though as well, I swapped to a larger 32T chainring to account for the larger range at the rear making the whole process, not exactly a cheap upgrade. In its own right though, the cassette is a good idea that has been well executed producing smooth shifting, a large gear range and a big bailout gear for the steepest of climbs.

Excellent article, covers the subject well. I have been using this cassette for some time, almost since its launch. It's on my m/y 16 Specialized Camber Comp Carbon which features a GX 11spd. mech. All I had to do was change the XD freehub for the normal splined type Spech has them in stock (or did at the time), Lengthen the chain by one set of links and adjust the B screw. The change is fine and works as well as the original set up, however the bike came with Jagwire inner and outer cable and I would suggest fitting this to ensure slickness as this set up is right on the edge of what's possible with this mech.