Skip to main content
Log In Register
Privateer 161 mountain bike review £3,390.00
A straight-up race bike that's fast and reliable but needs a firm hand to get the best from it 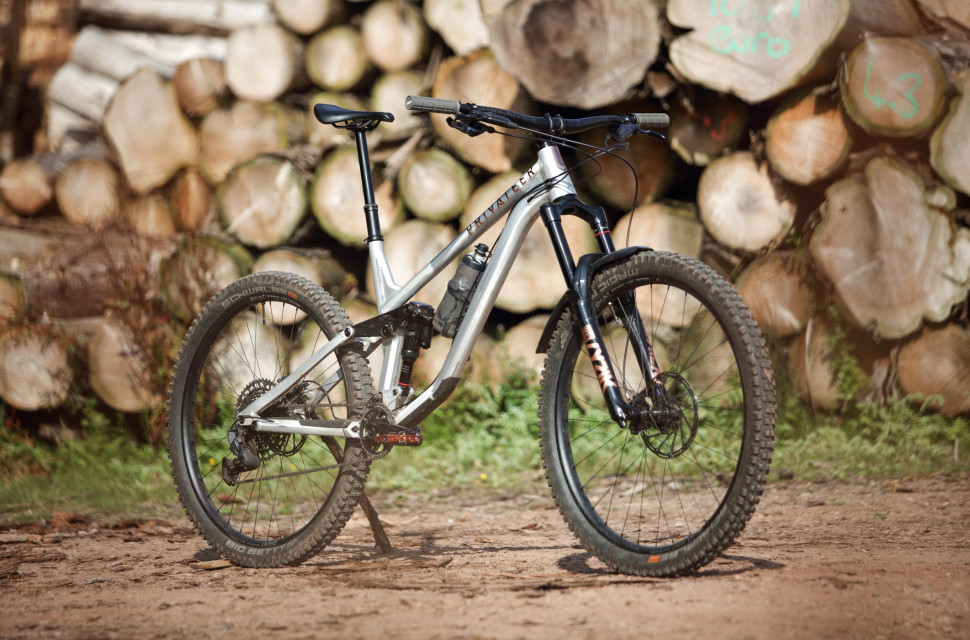 Ty Rutherford
|
Jan 28 2022
|
Overall
Quality
Performance
Value
What's good?
What's not?
Buy if...
you're looking for a killer race bike at a price you cannot argue with

Privateer’s ethos has always been rider-focused, providing an offering that is race-ready and doesn’t break the bank. The 161 is a full race bike designed to be fast, reliable and accessible to all (notwithstanding COVID’s effects on the global supply chain). 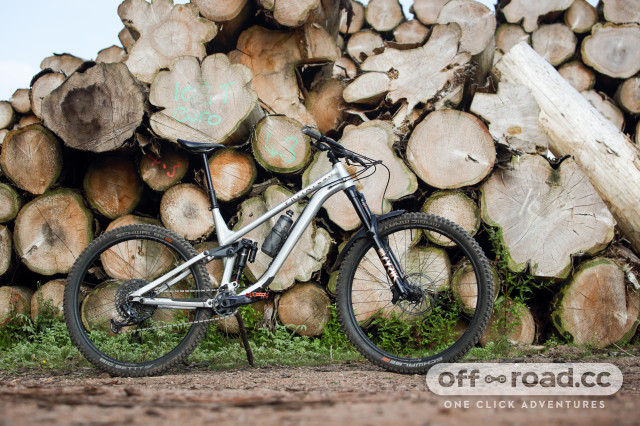 Reach numbers range from 445mm in P1 up to 515mm in P4, and chainstays range from 434mm up to 452, respectively. The fact these measurements grow together means the front and rear centre (centralised around the bottom bracket) are balanced across sizes.

The frame is built from off-the-shelf aluminium tubing; however, it has been designed and constructed to Privateer’s spec, making it progressive yet affordable. The frame is well-thought-out with cable clamps, fuss-free cable routing, extra bearings in the main pivot and a threaded bottom bracket. It’s been built with longevity and serviceability in mind. 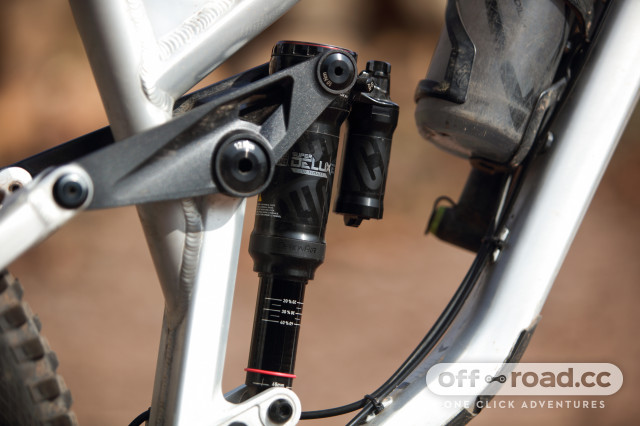 Privateer has spec’d this bike smartly, spending money where it really counts with top-of-the-line suspension. The Rockshox Lyrik and Super Deluxe work flawlessly out of the box to give the bike a very controlled feel.

On this model, SRAM takes care of drivetrain duties using GX components. A 32T chainring and Eagle 52-10 cassette provides all the range you could need to winch up those hills and crank back down again. 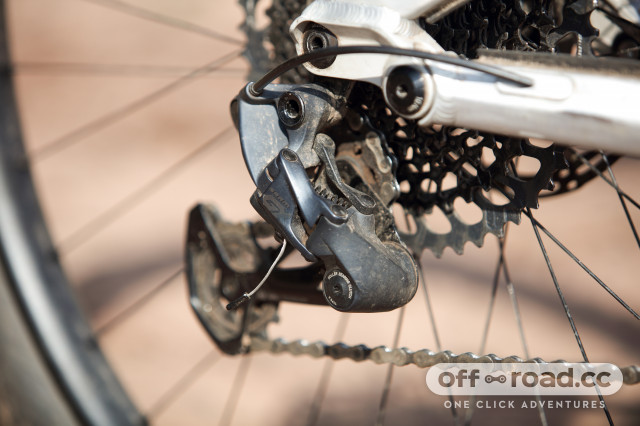 SRAM Code R brakes offer plenty of stopping power with a 200mm disc up front and 180mm rear. Schwalbe has the tyres covered with the ever-faithful Magic Mary up front and the new Big Betty on the back. All in all, a solid and reliable spec that won’t let you down or hold you back on race day and has the scope to upgrade as and when funds allow. There is also a Shimano XT/SLX build spec, which comes in around £200 cheaper.

Privateer 161: How it Rides 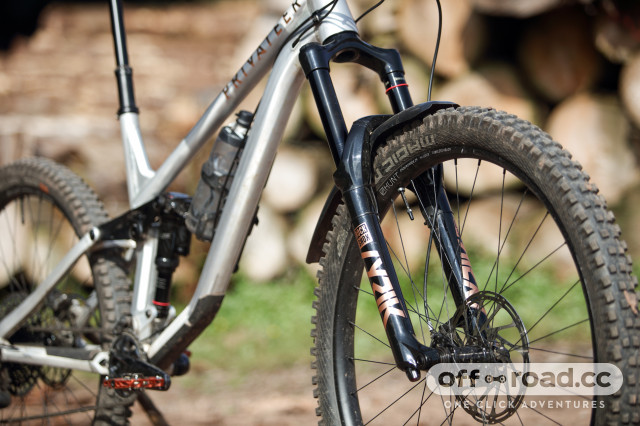 The bike on test is a P4 and with the aforementioned geometry numbers, there is no getting away from the fact this is a big bike, it takes some controlled riding to really get the most from it. Coming from a 485mm reach bike, the 515mm of the 161 felt big and required me to ride more over the front than what I was used to. In some sections, when I fell into my usual habit of riding quite tall I found myself to be over the back too much and the front end washing out. With some focus to ride more central on the bike it really comes alive.

It demands an authoritative stance consciously leaning more towards the front, which, in reality, puts the rider more in the centre of the wheelbase. In this position, the front is weighted properly and the bike corners as you’d expect. However, it's easy to be bitten with the front wheel losing traction if your weight starts to drift back again. 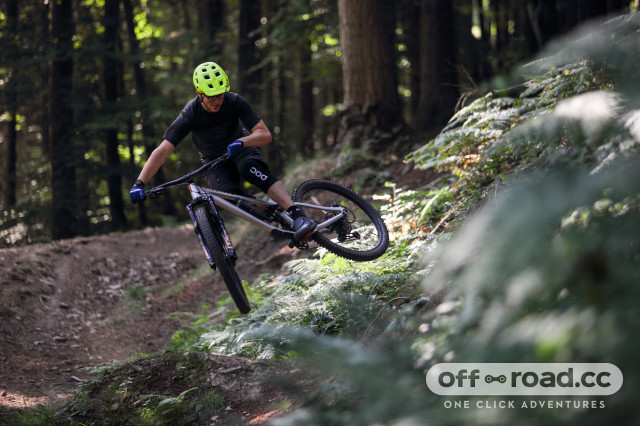 The low anti-rise is noticeable under hard braking as well, particularly if you’re riding more on the front of the bike. I’ve found locking the rear wheel can extend the shock slightly and pitch the rider weight further forward. Not an issue for stability but does reduce the braking traction on the rear and caused a couple of moments of thinking I wasn't going to stop! This can be counteracted by leaning back during braking and dropping the heels. In summary, riding this longer bike requires more body movement and input to get the most from it. There is no doubt a longer bike is more stable and for flat out straight sections this bike trucks incredibly well. The suspension effortlessly takes up the hits and the bike feels like it just wants to accelerate.

In theory, the slow, technical corners are where this bike should struggle, on paper it should be a right super-tanker to manoeuvre. Again, some riding style adjustment is needed to get the bike through the tightest corners. Setting up wide helps to open up the corner and weighting the front wheel gives a confidence-inspiring amount of traction. With the weight more over the front, the rear wheel drags itself around the tight corners finding its own path. 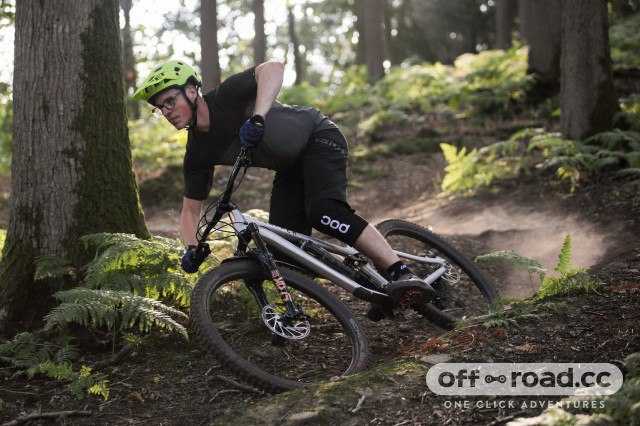 At 6ft tall, I fall into the overlap between P3 & P4 sizing. Going for the P4 gave me a fast and stable bike but I had to alter my riding style and account for the extra-long wheelbase. If the trails you are riding are tight and techy or you’re looking for a more playful bike I’d recommend going for the lower end of Privateer’s size recommendation. If you want a flat-out race bike that is stable at high speeds but will be more of a handful on the tighter sections then the larger size may be more fitting of your requirements. 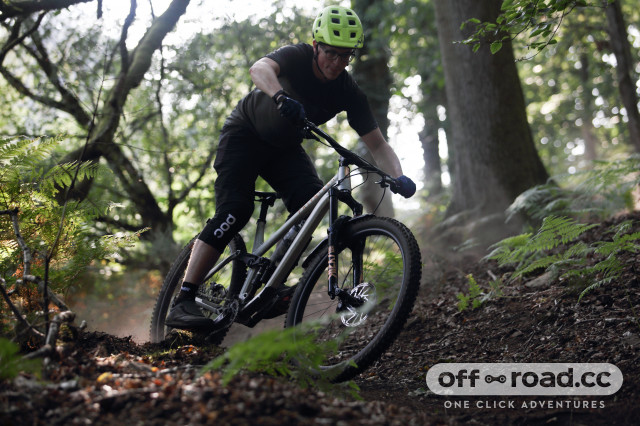 On the climbs, the 80-degree seat angle provides an excellent position over the bike, allowing plenty of weight over the front and ample traction to get up some surprisingly steep sections. The 52 tooth gear obviously helps with this as well. On tight uphill switchbacks, there is some pre-planning and careful line choice needed to manage the long-wheelbase. However, this is a small and easily surmountable compromise – it's certainly not what this bike was built for. The upright seating position does have a downside. On flatter rides and after a couple of hours in the saddle, it does start to fatigue the arms more than expected. The seat angle does pitch more weight onto the hands that I found to load up my triceps and would often finish a day's ride with aching arms. This is by no means a deal-breaker and it's something I've adapted to after getting used to the bike. 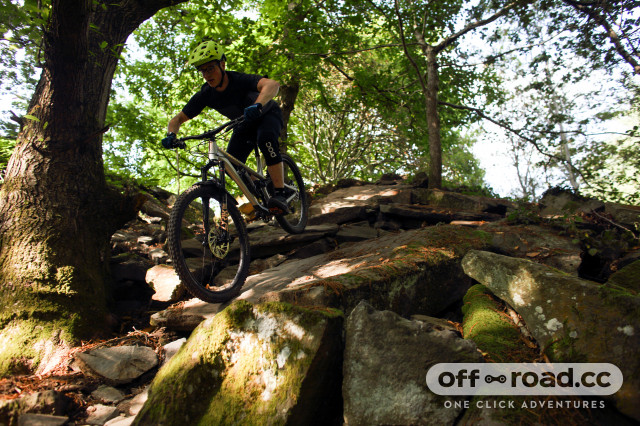 On paper, it looked like the anti-squat numbers could lead to the suspension feeling dead whilst out of the seat and pedalling over rough terrain. However, I am happy to report that the Privateer 161 feels supple and planted with good pedalling traction sprinting. The weight is noticeable on the climbs; however, I suspect this is mostly down to the rolling weight of the wheels, where some lighter rims would counteract this.

Also, on hard-pack surfaces, the Schwalbe Big Betty is a noticeably draggy tyre. The braking traction and cornering grip is impressive but at the cost of rolling resistance. Again this bike was spec’d to go down hills quickly, but some people may want to strike their own compromise with a couple of tweaks.

The Privateer 161 with SRAM GX is £3,389, which is impressive value for money. Similar to the 161 is the Raaw Madonna, another progressive bike for €5,000 (£4,200) with Shimano XT and Fox factory suspension. The Nukeproof Mega 290 is a race-proven frame. Still, to compete around the same price point as the 161, the spec is significantly lower budget. Liam gave the Canyon Spectral a glowing review, although the comparison would be the AL 6 flavour at the price point. This has comparable spec and similar geometry numbers, so it's certainly worth looking at.

This is an all-out race bike that needs a skilled rider to get the most from it. It's fast, confidence-inspiring and incredibly stable but needs a firm hand to not be bitten with front-wheel washing. It climbs well considering its descending capabilities, although it is perhaps more fatiguing than more relaxed geometry. The overall package is mighty impressive, especially at such a low price point; the Privateer 161 hits the reliable and accessible race bike nail right on the head.