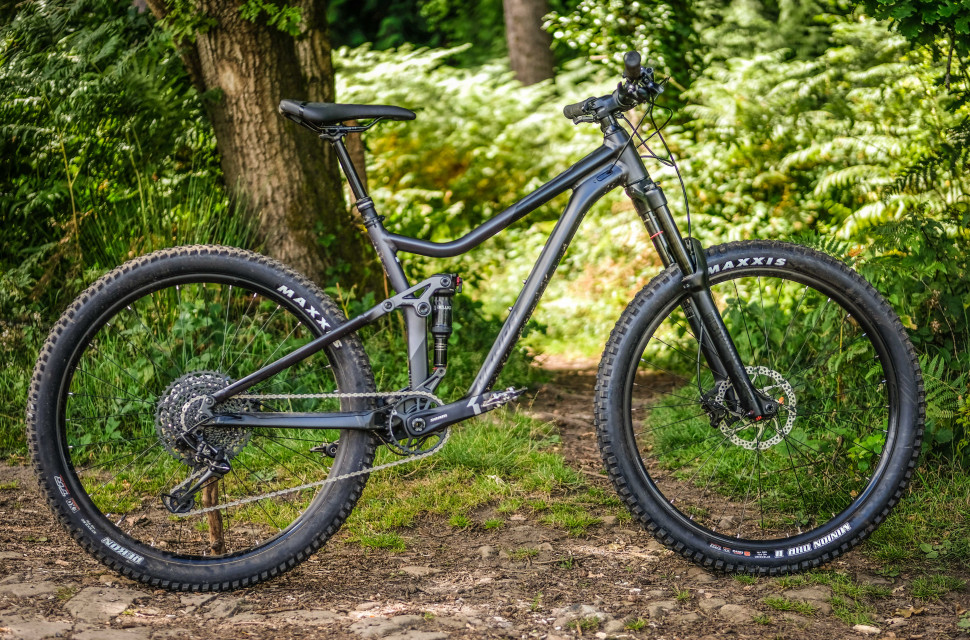 The Merida One-Forty 600 is an entry-level, mid-travel 27.5" trail bike from the company's extensive full suspension bike range. It gets the same suspension linkage as the long travel bikes for a bottomless feel, but it's coupled with dated geometry – and an undergunned fork that lets the bike down.

With 140mm of travel at the rear and a 150mm fork, the One-Forty sits firmly in the mid-travel trail bike category. The alloy frame (1x only) gets rattle-free internal cable routing and some neat features, such as the Merida rear axle with an integrated tool that undoes both axles. The spacing is Boost.

Merida's 'Float Link' suspension means the lower shock mount, which is mounted to the elongated end of the chainstay, moves as the shock compresses (Trek use a similar system, Full Floater, to good effect on the Remedy 7). 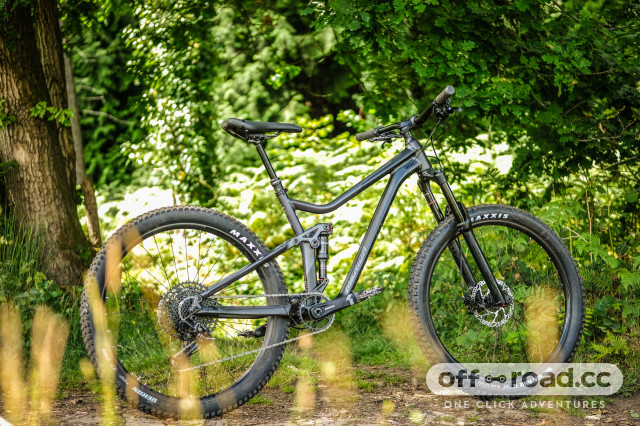 Merida says this design allows their engineers to precisely influenced the progressivity of the shock, and to further aid suppleness, the Rockshox Deluxe Select+ is trunnion mounted. This means the uppermost mount runs on bearings rather than bushes for increased sensitivity. 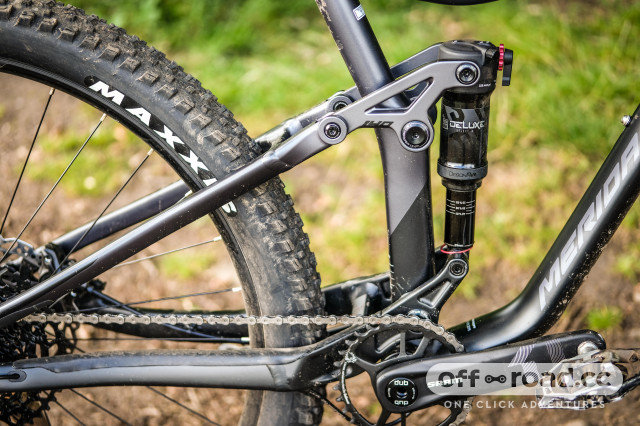 All together the system creates good traction, along with a feeling the bike has much more travel than the 140mm it really has. 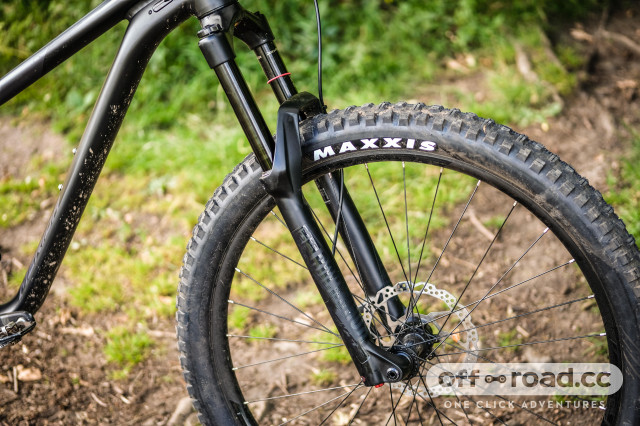 However, the Rockshox Sector RL fork at the other end lets the ride down. The skinny 32mm stanchions allow some flex in this 150mm guise – the Motion Control damper and DebonAir spring would do a much better job in the Revelation chassis, for instance, and create a much stiffer and more precise ride. 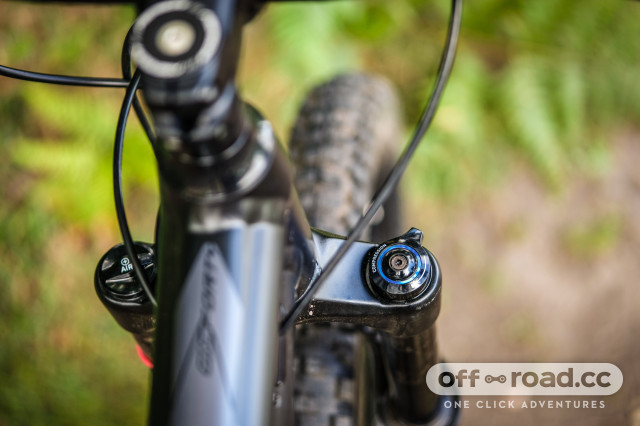 The rest of the frame gets a smattering of Shimano and SRAM parts. The drivetrain is SRAM's NX Eagle, with a 32T chainring and 175mm cranks on this size medium. 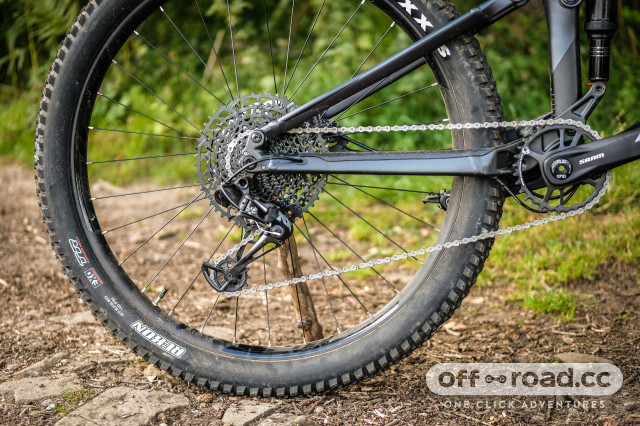 The brakes are Shimano MT-500, the first in the range to get the new one finger lever, and feature reach adjust and Servo Wave. 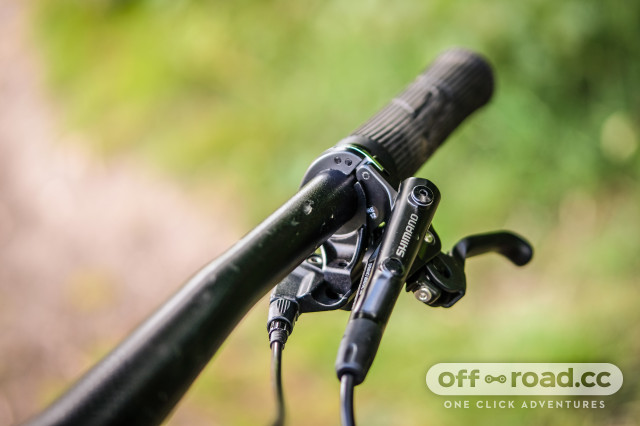 Servo Wave varies the amount of piston travel for a given lever pull throughout the stroke to give a strong initial bite, yet controllable modulation under hard squeezes – they're great brakes at this price. 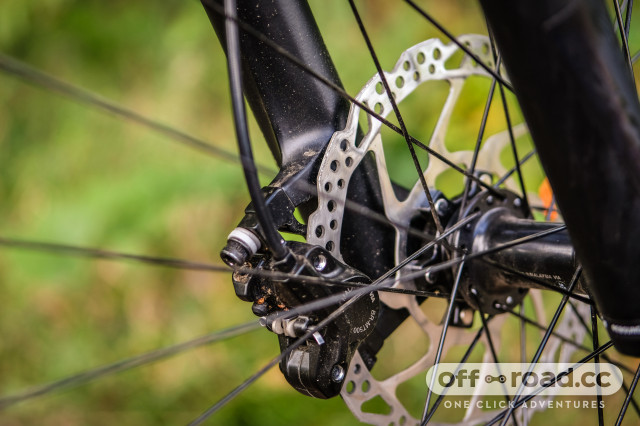 The wheels comprise Merida's own 29mm (inner width) Expert rims and Shimano hubs, and come wrapped in Maxxis tyres. You get a tacky, 3C Minion DHRII 2.6" on the front, and a harder, faster-rolling Rekon 2.6" on the rear. Both use the 'trail tyre' EXO sidewall. 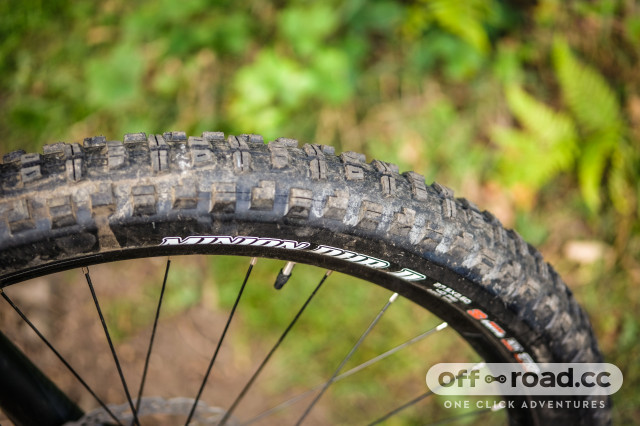 The Minion is great for all-round use, but the Rekon rear is best saved for the drier summer months. 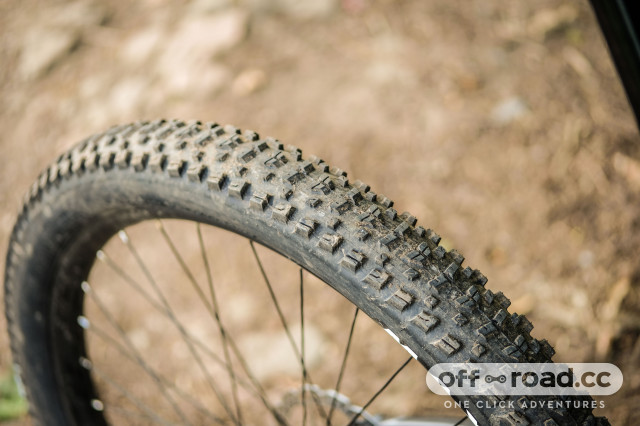 The cockpit is an all-Merida affair with a 125mm dropper post (the small gets 100mm). It's too short for this kind of bike, and restricts rider movement, but the kinked seat tube and intruding rocker link mount probably stop anything longer going in.

The 35mm bar has a 20mm rise but little upsweep – it's certainly not the most comfortable budget handlebar I've ever used. 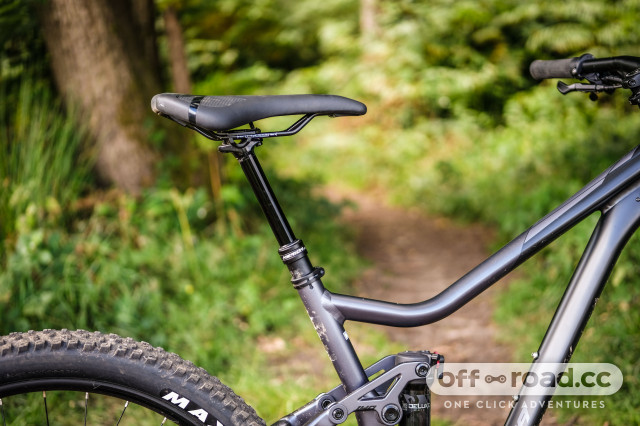 In a nutshell, the One-Forty has rear suspension that shines, but geometry and a fork that hold it back. The relatively low weight (32lbs) means it climbs well, and the suspension does a great job of maintaining traction on rough climbs. It's supportive and doesn't bob when pushing hard with the shock fully open. 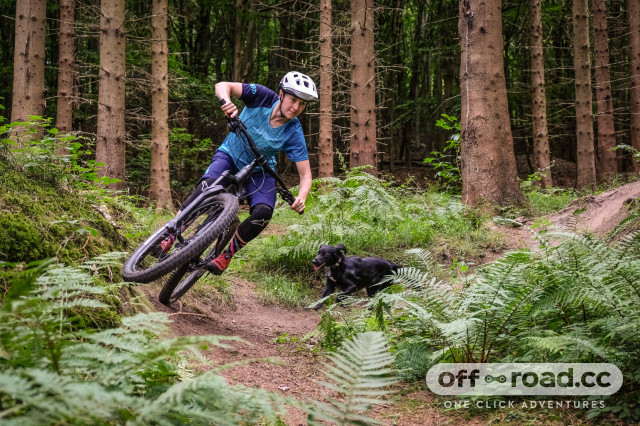 Head downhill, though, and its quickly apparent you're under-forked. The Sector feels wildly different and rather at odds with the sensitive, supportive plushness of the rear – it's chattery and flexible, deflecting off rough parts of the trail instead of tracking through.

The 1170mm wheelbase and 435mm reach (medium frame) isn't super roomy, but this (and the 66.3° head angle) is in line with the Specialized Stumpjumper and Trek Remedy... though arguably, both of those could do with an update too. The short reach and wheelbase leave you feeling on top of rather than in the bike on steep descents, and nervous of the front. That feels unstable and holds back your speed.

We found Merida's eOne-Forty very similar: Jon found the "cramped reach and 66.5° head angle felt markedly prone to trying to tuck the front wheel underneath me." It's a feeling that riders of the One-Forty will relate to when the trails get rough and steep. 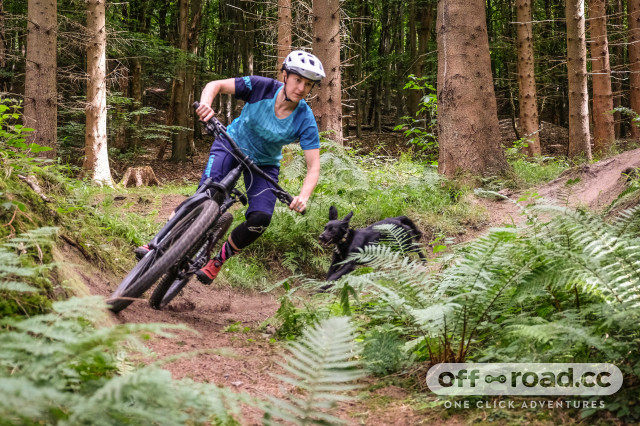 Pumpy flow trails are certainly the bike's forte, as there it proves lively and responsive. The rear suspension and large, grippy tyres provide grip by the shed load, and the Merida is agile too. It's great fun to throw from corner to corner. 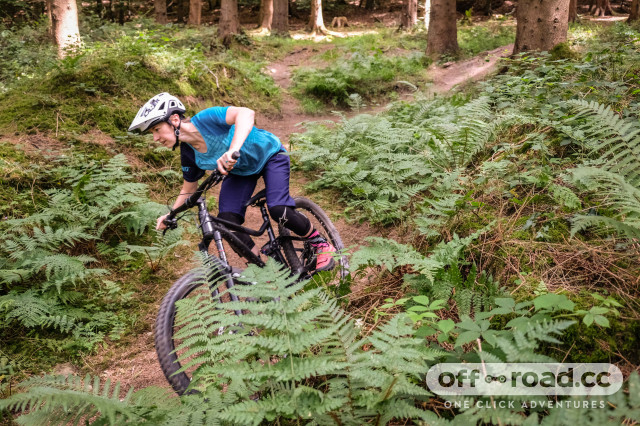 The One-Forty frame has been around a few years and is due an upgrade. I'd love to see it with a slightly longer reach, a steeper seat angle and a stiffer fork – with its great rear suspension action, and perhaps rolling on 29" hoops, it'd be an absolute brawler.

At £2,000 the One-Forty 600 represents decent value, as it offers great rear suspension, quality brakes and a fun ride on flowing singletrack. The odd choice of fork and slightly dated layout, however, hold it back from being the trail all-rounder it could otherwise be.